Outlander: Give Us Liberty – To Move In New Directions, Review, Ep. 605

Welcome back to me! I’m going to apologize straight away – I’m not doing a full review this week. I got back last night from a nearly two-week trip that included some very fun Outlander-related content (I’ll tell you about it below), and I’m just too tired to do a whole thing. HOWEVER – join us tonight, Tuesday, to chat about this episode on our radio show, The Outlander Gab on the Air – 9 pm eastern/ 8 central / 6  pacific. Click here to listen (and you can get all past episodes as well) and get our call-in phone number!

While not my favorite of the season so far, this was still really a great episode. The opening sequence, with Flora McDonald and an escaping Bonnie Prince Charlie, was perfect! I loved his complaining about the bonnets and the women’s wear – you’d think he would have learned some humility, but NOOO! I found that I had even missed his “Mark me….” and got a thrill when I heard it. Did you  hold your breath when the Redcoat called Flora back?? SO CLOSE! But phew, they made it – and then we got the beautiful new version of the opening song, so appropriate for the scene. 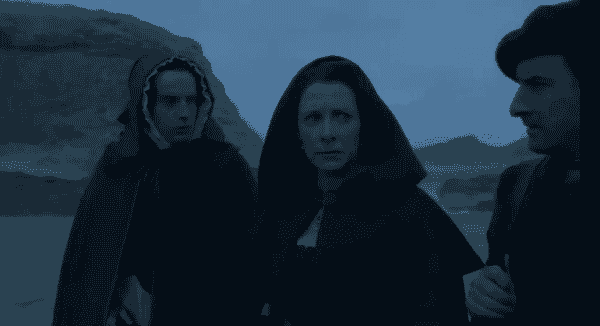 Griogair Labruidh, who has contributed to Outlander in the past, worked with Bear McCreary on this adaptation. Griogair posted this video on his Facebook page the other day – it’s haunting and lovely.

The scene with the women looking for a site for Brianna’s water wheel was really a set-up for a couple of different plot points – one subtle, one not so. Finding the love charm, as Marsali identifies it, was creepy! And once the episode ended, and we KNOW who was getting those finger bones, what do you think was running through Malva’s head as she had to stand there watching the other women talk about what she had (presumably) had done? She definitely looked uncomfortable – and well you should, missie! She’s not a “good girl” – a tryst with Obadiah in the church??? 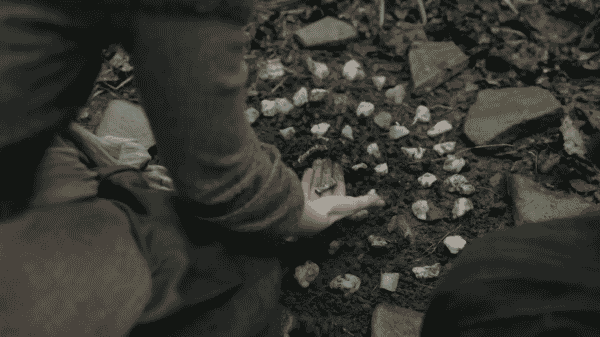 The other point – Lizzie’s relapse of malaria – that felt very awkward, since I don’t remember the show mentioning the illness before (yes, it’s big in the books). But this is definitely an opener to one of the more fun storylines we get in the books – well, fun….. is one way to put it….. 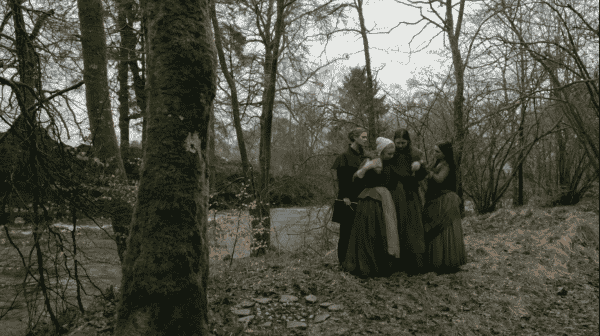 Speaking of fun – did Flora, Jocasta and Claire have a little TOO much fun? I guess just treating Jocasta’s head and eye pain with hemp wasn’t enough, they have to get Flora high before her big speech? But I still don’t like Claire’s continuing use of ether – really, would she have risked exposure, sitting outside in a public, if hidden, place? That was a big writer mistake. Yes, she’s still having flashbacks to Lionel Brown, and I can certainly understand her PTSD, but even Diana Gabaldon doesn’t like it (she discussed it with a small group of us, see below). This storyline is completely out of character – not that Claire is above any of this, she just wouldn’t use ether, she’d be more likely to drink to excess. The relief she gets from the ether is so short lived, and so dangerous! 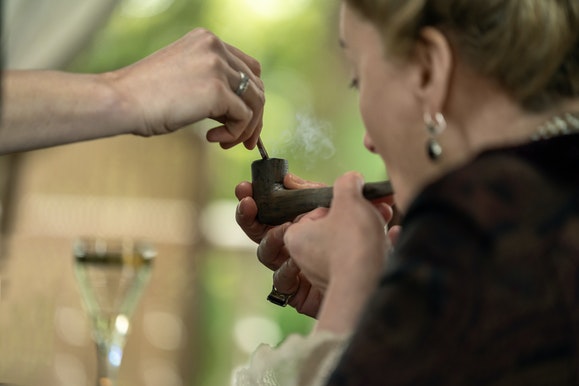 And speaking of welcome back, say well hello there to Lord John! I loved hearing him say that Jamie was one of his closest friends – but kind of surprised that he would admit to being close to a former Jacobite prisoner, and a notorious one at that. His concern for Jamie is obvious, and it only makes me love him more that his friendship is more important than his politics. 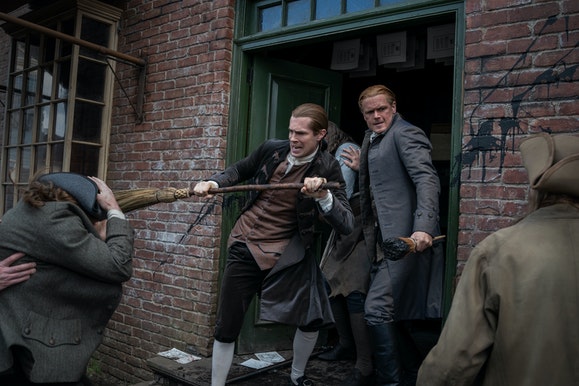 Roger – for a smart man, he’s just not so smart, you know? Amy is yes, beautiful, helpless and alone, and it probably feels like a boon to his ego to have her admiration and appreciation, but hell, man, get out of there! I didn’t at ALL like his blaming Brianna – “you’re just so capable” – she still needs you, bucko. A capable, intelligent wife is NOT an excuse for an involvement with another woman – YES, I know it’s all innocent, that he’s not flirting, he’s not entertaining the idea of trying to sleep with Amy, but affairs start with less. And gossip can start with nothing. But congratulations to Brianna and Roger, finally expecting their second child, and let’s hope that Roger can keep his home help to his own home from now on! 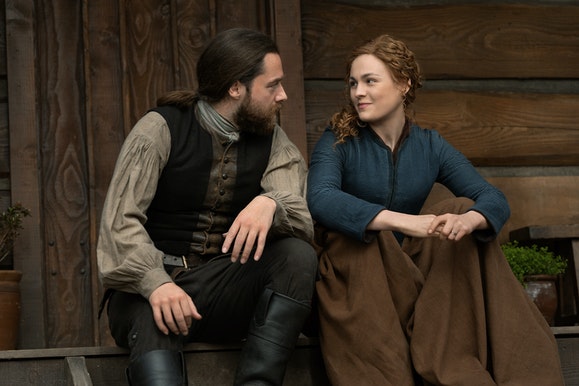 Did you catch the label on the jar at the Inn that Jamie stopped to look at? That cracked me up. (There’s another picture of a jar going around, “the head of the viper that bit the KING OF MEN,” but I can’t verify that this was from the same scene or made up by a fan. It would be a fantastic Easter egg if it really was there). 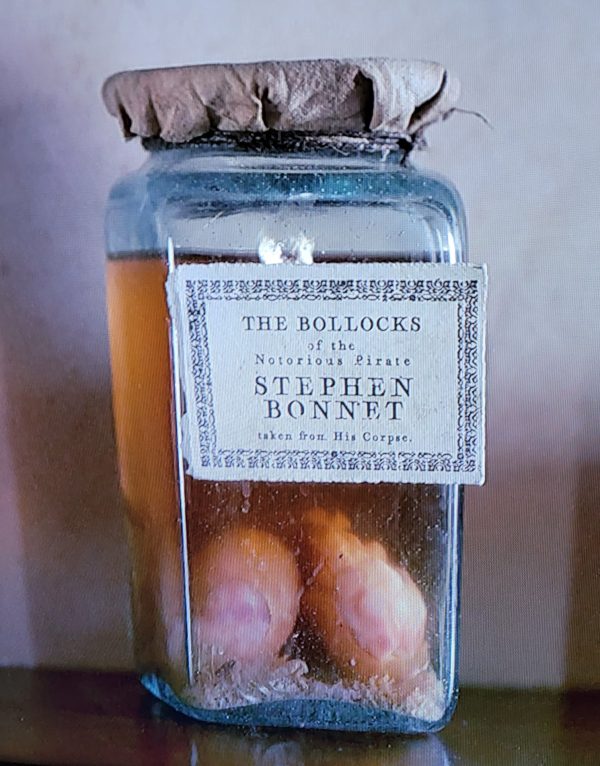 And finally – the return of Wendigo Donner! When Flora mentioned that her room had been burgled, and a stone from her beautiful emerald necklace had been removed, I didn’t make the connection immediately. But Wendigo, who asked Claire if she knew the name “Ringo Starr” at the end of Season 5, needs gems to get back through the stones, and what better place to find them than in a wealthy woman’s hotel room?? No, we never saw his face, but the tune he whistled, “The Colonel Bogey March,” had been used in a WWII movie that Wendigo presumably could have seen in his original time period. (If you’re wondering where you heard it before, it was from the film Bridge over the River Kwai, and you may have sung “Comet, it makes your mouth turn green / Comet, it tastes like gasoline….”) And if you look at the silhouette closely, the hair was definitely his! 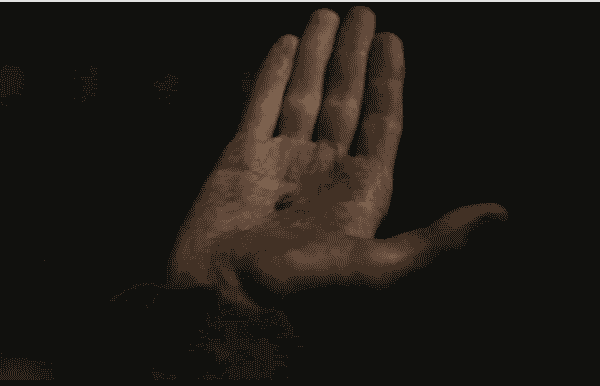 Some of this week’s episode will lead into the coming episode – and I can’t wait to talk about that one with you!! (Remember that there is no episode on April 17, Easter.)

Just a quick bit about the Outlander portion of my recent trip – my husband Kevin and I had planned a trip out to Arizona to see an exhibit of Dale Chihuly glass at Frank Lloyd Wright’s Taliesin West. This trip happened at the same time that Diana was speaking, as she does every year, at the Northern Arizona Celtic Heritage Society, up in Flagstaff, so I met some friends and went to that. It was a lot of fun to hear her talk – she often has a fairly “canned” speech about the origins of Outlander and her writing style, but she discussed a lot of other topics. And before that, a small group of us – seven fans – took her to breakfast. That was a very relaxed, intimate visit – we chatted about her son Sam’s engagement, her husband’s gift of a beautiful eternity ring, and her dislike of the ether storyline, among other things. I was fortunate to be with a great group of women – Koko Pipkin, who runs the Outlandish Vancouver events; Tina Anderson, Tamala Mund and Jennifer Hibbetts, who bestowed an extremely generous gift to some fans at the NACHS event; and two friends who had never met Diana before, Kathy Casey and Alison Bodily. Alison bid for an won one of the big auction items at the event – the chair that Diana sat in for the luncheon! Watch in my Facebook group, Outlandishly Three If By Space, for a giveaway of the item Diana is signing in the picture from this event, later this week! 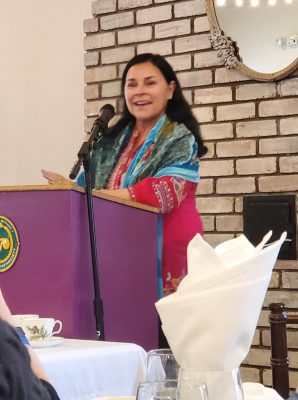 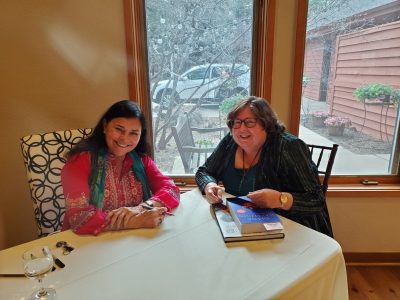 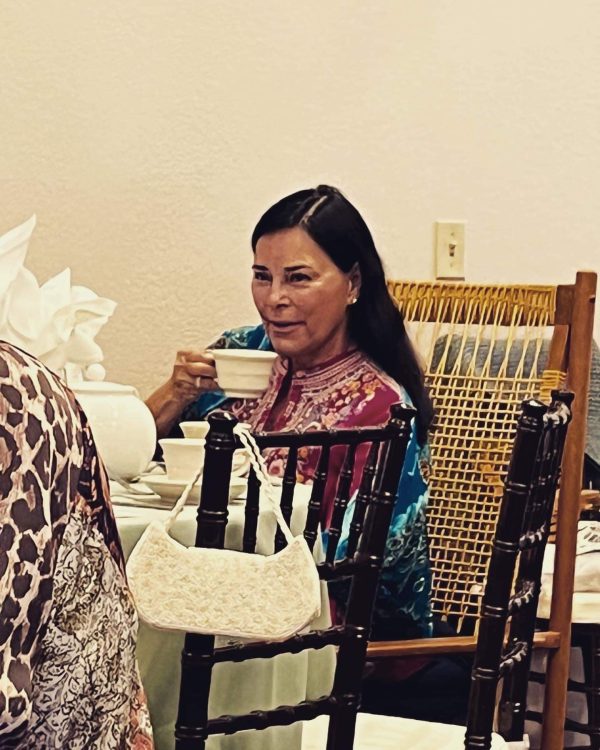 Thanks to outlander-online.com for the use of some of their HQ episode screencaps!