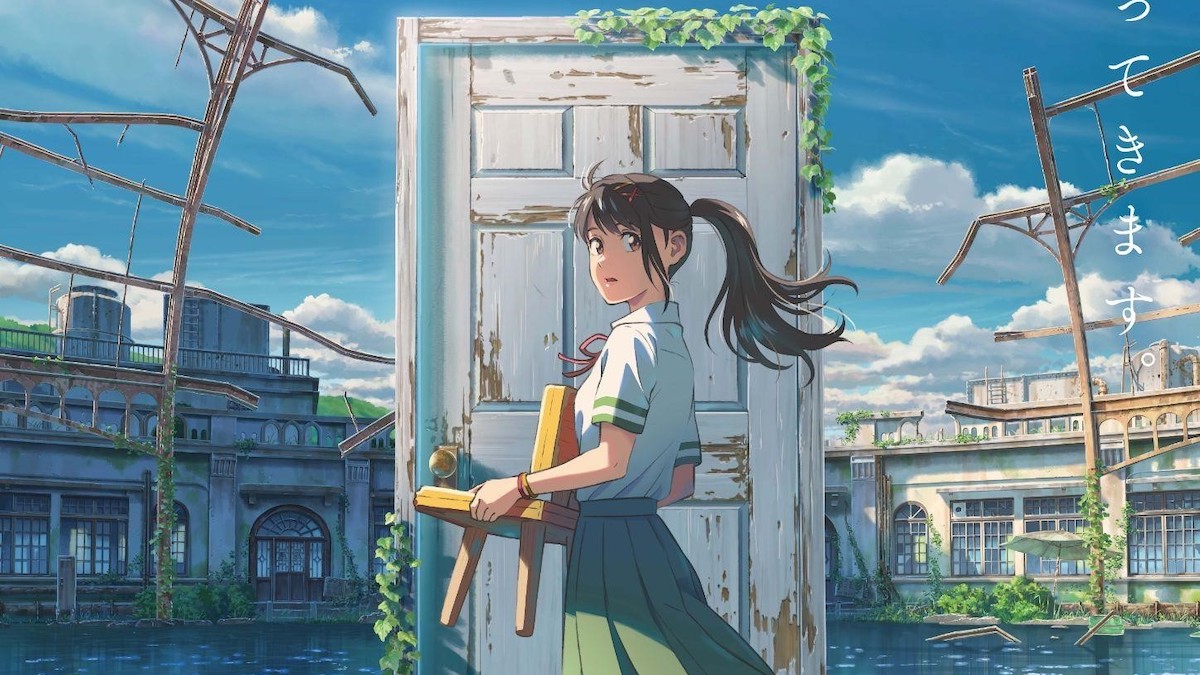 By: Robert Prentice
Makoto Shinkai Shinkai Weathering With You Your Name

(Press Release) Animation studio CoMix Wave Films, STORY Inc and Toho Co., Ltd. are proud to reveal to the world for the first time, a teaser trailer and new key art for Makoto Shinkai’s highly anticipated film: Suzume no Tojimari (working title). Furthermore, the film is scheduled to be released theatrically in Japan on November 11, 2022. The upcoming film follows his previous two blockbusters, “Your Name.” (2016) and “Weathering with You” (2019), which garnered unprecedented international acclaim.

“We must think about how to close the many doors we left open,” says Director Makoto Shinkai as he continues work on the film. “I’ve bestowed that responsibility upon Suzume as she travels across Japan closing various doors. It is my sincere hope that this film leaves its audiences with big smiles and excitement as they walk out of the theater.”

Shinkai’s work has been nothing short of magical. His previous films “Your Name.” (2016) and “Weathering with You” (2019) were both huge hits and some personal favorites of ours. You can check out our reviews of both films by clicking their names above. Here is a synopsis of the film’s story:

On the other side of the door, was a time in its entirety—

17-year-old Suzume’s journey begins in a quiet town in Kyushu when she encounters a young man who tells her, “I’m looking for a door.” What Suzume finds is a single weathered door standing upright in the midst of ruins as though it was shielded from whatever catastrophe struck. Seemingly mesmerized by its power, Suzume reaches for the knob…

Doors begin to open one after another all across Japan, unleashing destruction upon any who are near. Suzume must close these portals to prevent further disaster.

The stars
The sunset
The morning sky

Within that realm, it was as though all time had melted together in the sky—

Drawn in by this mysterious door, Suzume’s journey is about to begin.

The film is scheduled for a Japanese theatrical release on November 11, 2022. Stay tuned for more information about “Suzume no Tojimari (working title).” 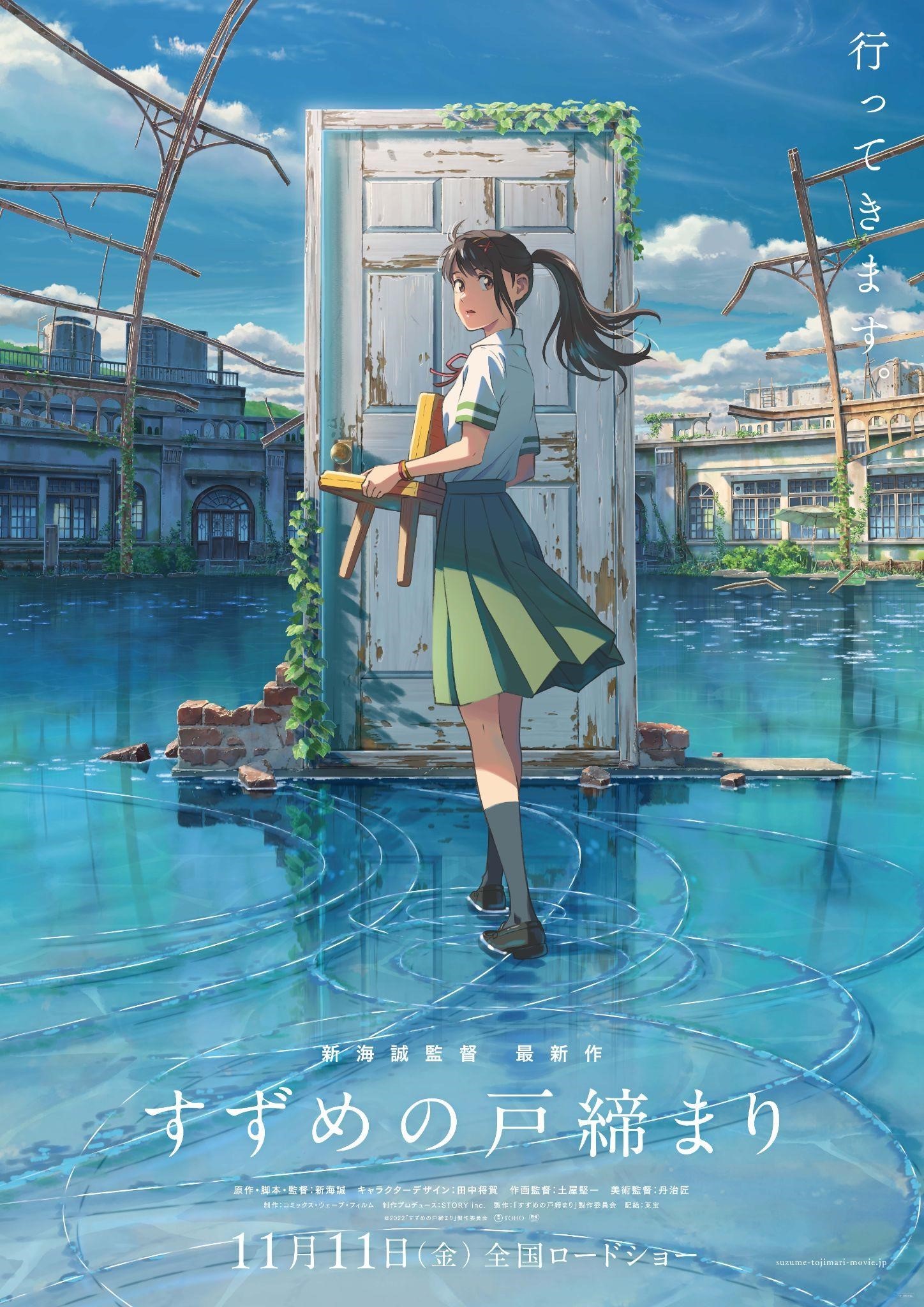