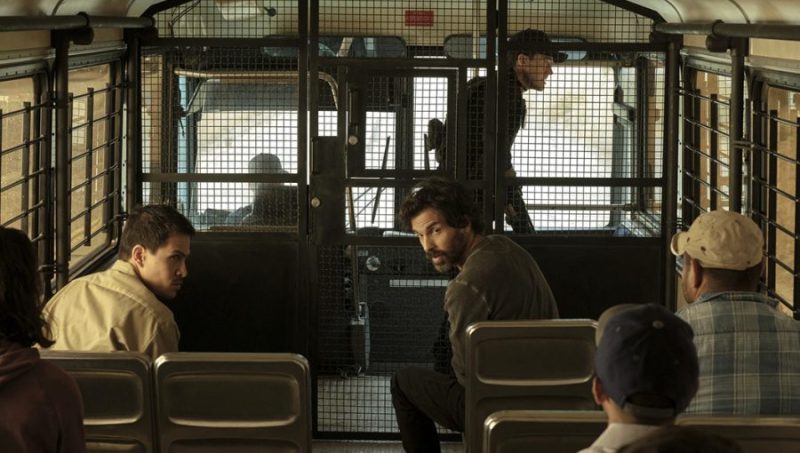 While the rest of Picard’s salty crew is trying to unravel the puzzle of the Watcher and the incident that leads to the timeline shift, I was so very curious to see Dr. Agnes Jurati and the Borg Queen continue their strange little mental battle.

I have found the give-and-take of their relationship wonderfully interesting and a fun little counterpoint to the search that Picard, Raffi, Rios and Seven have jumped into. While Picard and his crew are battling the quirks and puzzles of 2024 Los Angeles, Jurati is engaged in battle herself, fighting not only her own self-doubt and penchant for loneliness, but the Borg Queen who, we discover, is trying to find a body to inhabit – and Jurati’s (along with her interesting mind) is the one she wants. 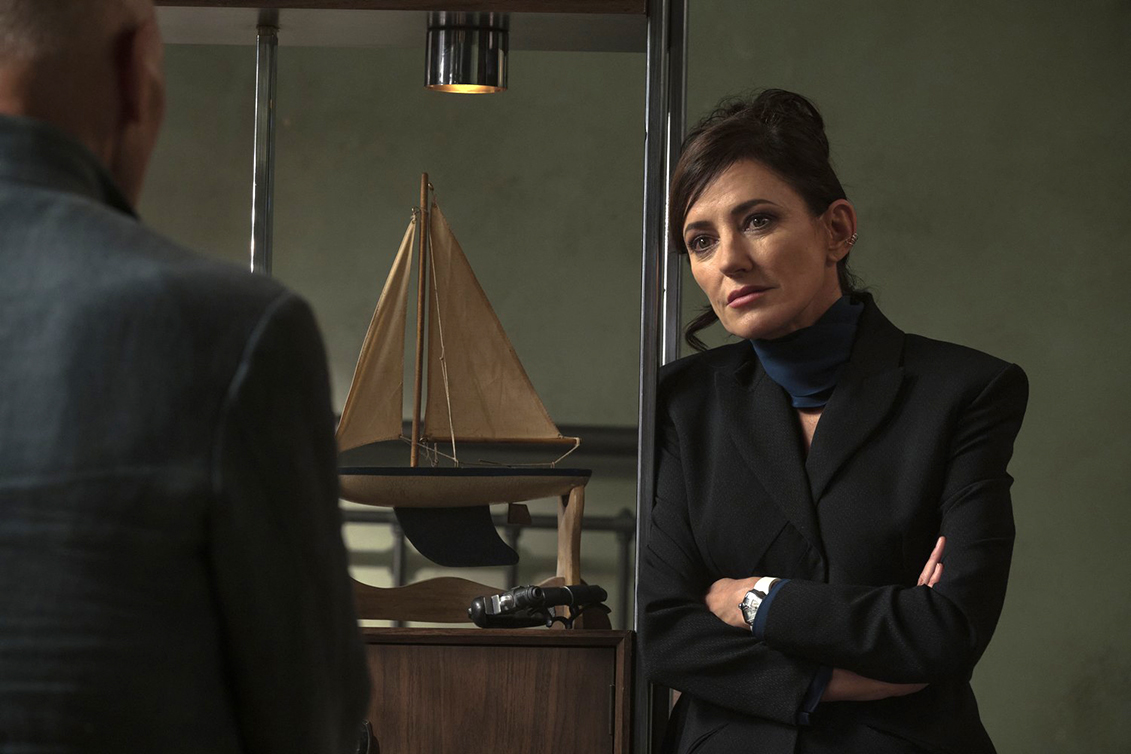 I’ve always enjoyed the Jurati character and the way she seems to rise to the occasion when it feels her more likely course would be to fold like a pup tent into a puddle of sobbing and despair. There’s a toughness about her that shows itself at interesting moments, and an intuitive nature. But she’s also vulnerable, scared, unsure of her place in the universe, and yes, lonely. So it has been intriguing to see her battle of wits and emotions with the Borg Queen, a battle she doesn’t always seem to want to win. There little mental dance the last episode has left an impression. They both felt each other deeply and that’s been fascinating to see play out a bit more in this episode.

And though she went full Shotgun Annie on the Borg Queen (literally, shot her with a shot gun), it’s clear that there are still things to resolve with her antagonist. And really, given all the little tentacles that our Borg visitor seems to have, why do you get close enough to let her touch you? And yet, blood splattered all over her lab jacket, Jurati did get that close and the Borg Queen transferred some of who she is into Jurati. Looks like the good doctor now has a mental and emotional companion along for the ride.

And with that, the battle for Jurati’s soul (and survival) will continue, just in a new form. In some ways she’s a sad character and you want her to find that place that brings her some peace and joy.  But I don’t know if that’s her path in life.  For now, the Borg Queen and Jurati occupy the same space and that should be fun. Jurati delivers some of the best lines in the series and with the essence of the Borg Queen now melded into her, I look forward to their conversations. Should be fun. 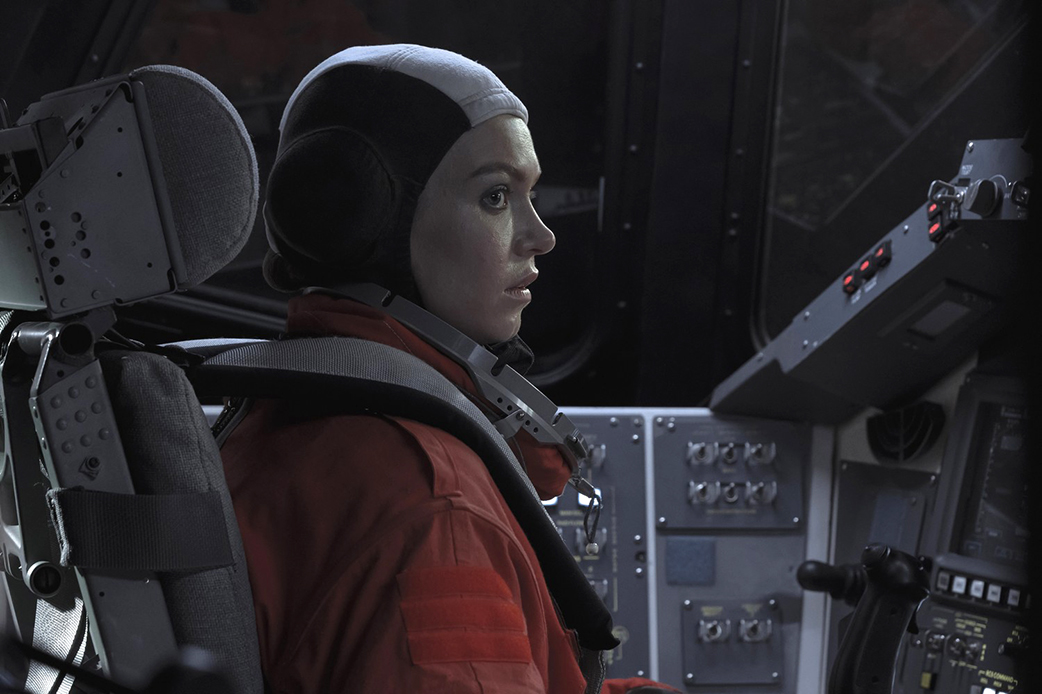 But while Jurati is fighting her own mental battle with the Borg Queen, we learn that one of Picard’s relatives in 2024 is the key to unlocking the time line fracture. It’s also interesting that in a season that has been bold about talking issues of this time in the 21st Century, the writers would also take on the issues surrounding mental health and depression. It appears Renee Picard (played splendidly by Penelope Mitchell), an astronaut in the Europa space program, struggles with mental doubt and depression, something Q seems to be trying to foster. But why? It’s still unclear.

It’s a bold, yet prescient little arc that once again speaks to some of the struggles we see in our day and time. Picard, Rios, Raffi and Seven will join Picard and the Watcher (played superbly by Orla Brady in a non-Laris role) in watching over Renee and protecting from Q’s machinations. So the gang is all here — at a gala event for the Europa project astronauts. Should be interesting. There’s a plan in place after Jurati gets herself detained, but how it will come off is yet to be determined. My guess is we see a few hurdles land in front of our heroes. 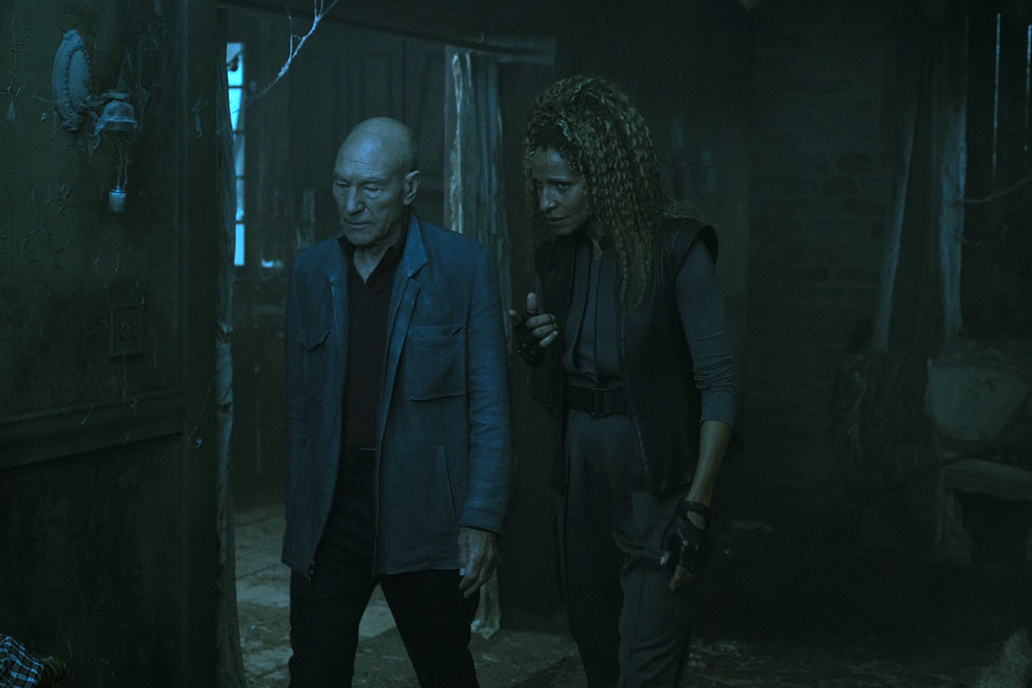 It was great to see Brent Spiner reappear as one of the Soong bloodline, and Isa Briones as his daughter afflicted by a terrible disease that Soong simply can’t crack the code for. It’s here that Q makes his biggest play, offering to trade a cure for something that he wants. Q’s powers are clearly not as decisive as they were and, given that Soong is a geneticist, you have to wonder what Q’s request will be.

I admit to being fascinated by the prospect of a lesser Q. I’m also curious about his seeming pointed attempt to stop Picard from changing the timeline. There’s almost an “attack” element to his efforts this time around, something that didn’t manifest itself in the TNG. He was manipulative, he was unpredictable, and he was a menace, but he always accepted that there was a way out for Picard and his people. It seems as though this time he’s determined to stack the deck and leave the future as it now stands, Confederation and all. His interference is interesting, as it his waning powers and need for Soong’s assistance. 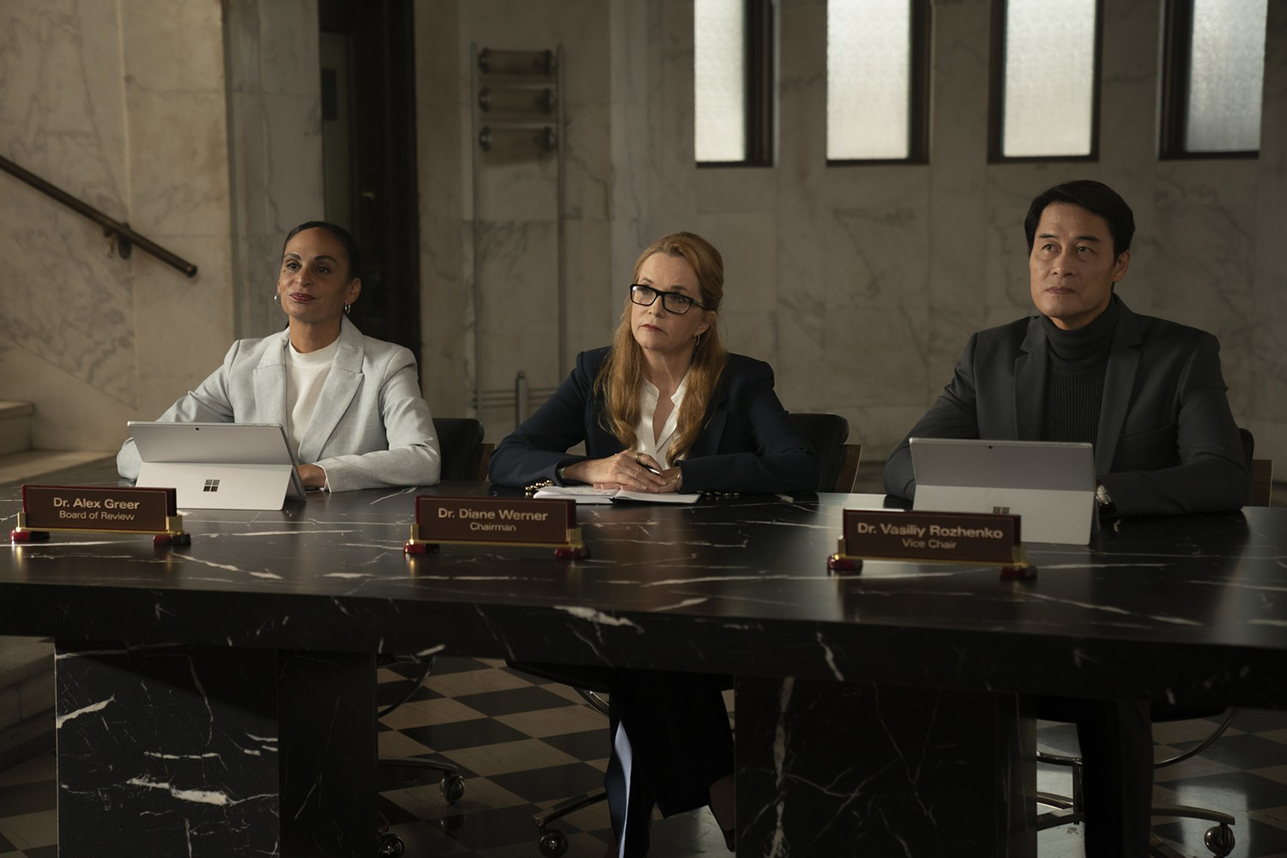 We got a bit of an Elnor sighting in the episode as Raffi and Seven take down the deportation bus. Elnor is one of those on the bus that escape when Raffi and Seven make their play. Raffi recognizes him and you can still see the pain in her eyes. There’s also a growing awareness of the struggles his people endure in 2024 Los Angeles for Rios. I feel there’s something happening within him that will play a key role in all of this down the road. What that might be? Could he choose to stay? Unlikely, given the timeline ramifications, etc. Also, nice to see Lea Thompson step out from behind the camera for a small role in this episode, which was directed by Jonathan Frakes.

Five episodes into this season and it feels as if Star Trek: Picard has found a really nice rhythm and groove. The story is moving along, the players are in place and now, I suspect, the reveals are going to come fast and surprisingly. What is it about Renee Picard that may have splintered the timeline? And how is Jean-Luc involved. Remember, Q spoke of a deep secret that our captain of captains had buried and that it somehow related to this storyline. What will we learn moving forward? Can’t wait.