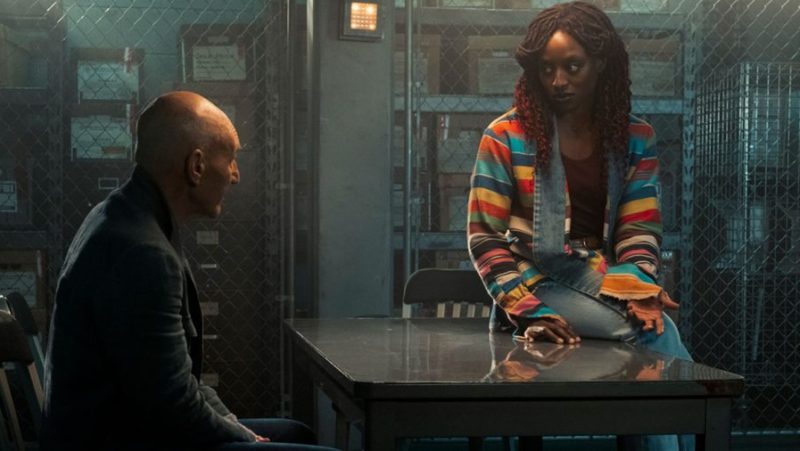 I’m not sure what’s going to happen in the last episodes of Star Trek: Discovery, but by episode eight of the second season, the mission to go back in time to repair the timeline to its proper place would seem to be completely out the proverbial window at this point. There are storylines going on all over the place and I’m hard-pressed to think of one that is seemingly positive in its direction. And I love it.

The ugly truth is that Picard, Raffi, Seven, Rios, Tallinn, and Jurati have, on the surface, completely mangled this mission back to 2024 earth. And therein lies the fun. We just don’t see how this thing can come together successfully in two episodes. I can’t wait to see how this is going to go as right now, the team is scattered, there’s a developing Borg queen out there who has begun to assimilate, Q is having an existential crisis, and it seems everyone is discovering dark secrets about themselves. Really, there’s a ton going on here and that’s been fun to kind of sift through as you watch and rewatch this show. 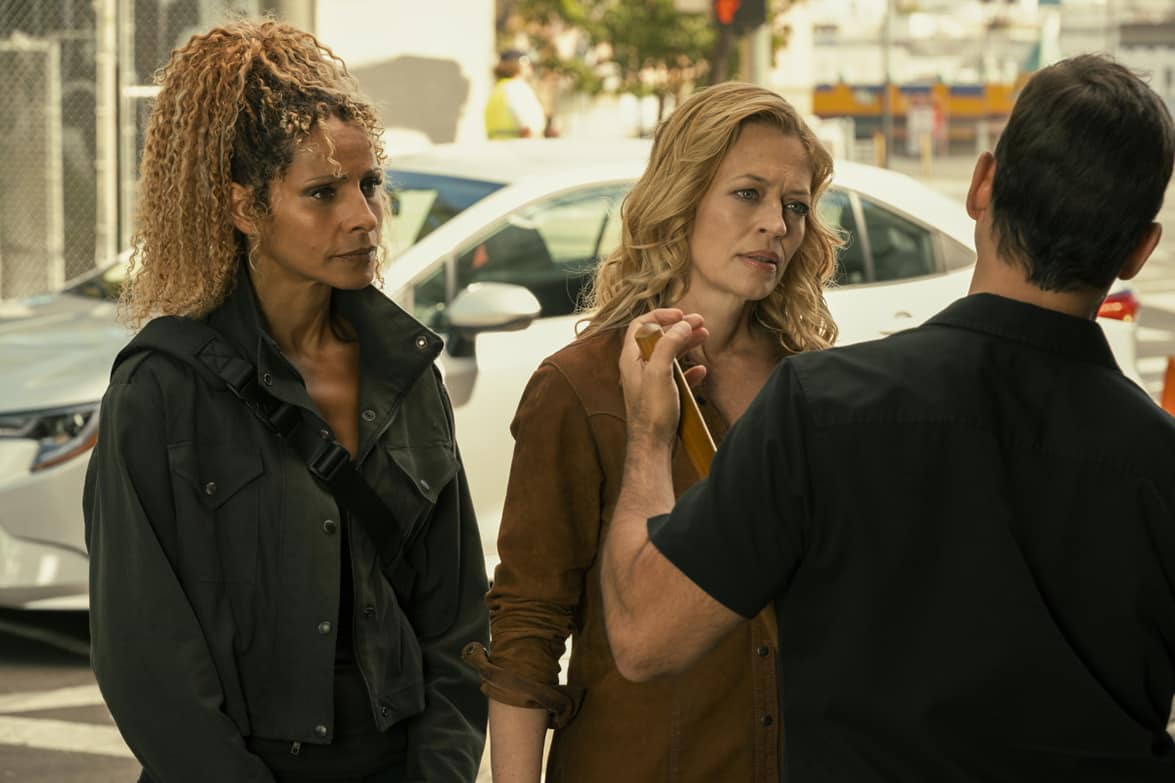 But make no mistake, as we head to the final two episodes, this whole thing seems like a train wreck careening over the damaged bridge. But that’s what makes what is to come even more anticipated, doesn’t it? How will Picard, Rios and the rest rescue Jurati from the clutches of the Borg Queen, make sure the Europa mission is completed, deal with Q’s struggle with his own mortality (and seeming fascination with Picard), as well as myriad other little items that have popped up?

Sitting here right now, it seems impossible to gather all the loose threads and tie them into a beautiful tapestry that we will all enjoy by season’s end. Perhaps, just perhaps, some of this storyline will creep into season 3 and we’re not meant to have all the answers yet. Possible, methinks.

But right now, Jurati is in a battle with the queen for her very soul and it would seem that the process of assimilation has begun, a full 400 years before it is supposed to. There are indications that Jurati is still in there, but they come in small waves. Meanwhile, the Borg Queen seems to be enjoying herself and her newfound surroundings. I really enjoy the playful glee on her face as each phase of her plan develops and becomes more obvious. This has been a fun character to see develop and watching Annie Wersching deliver her has been a treat. 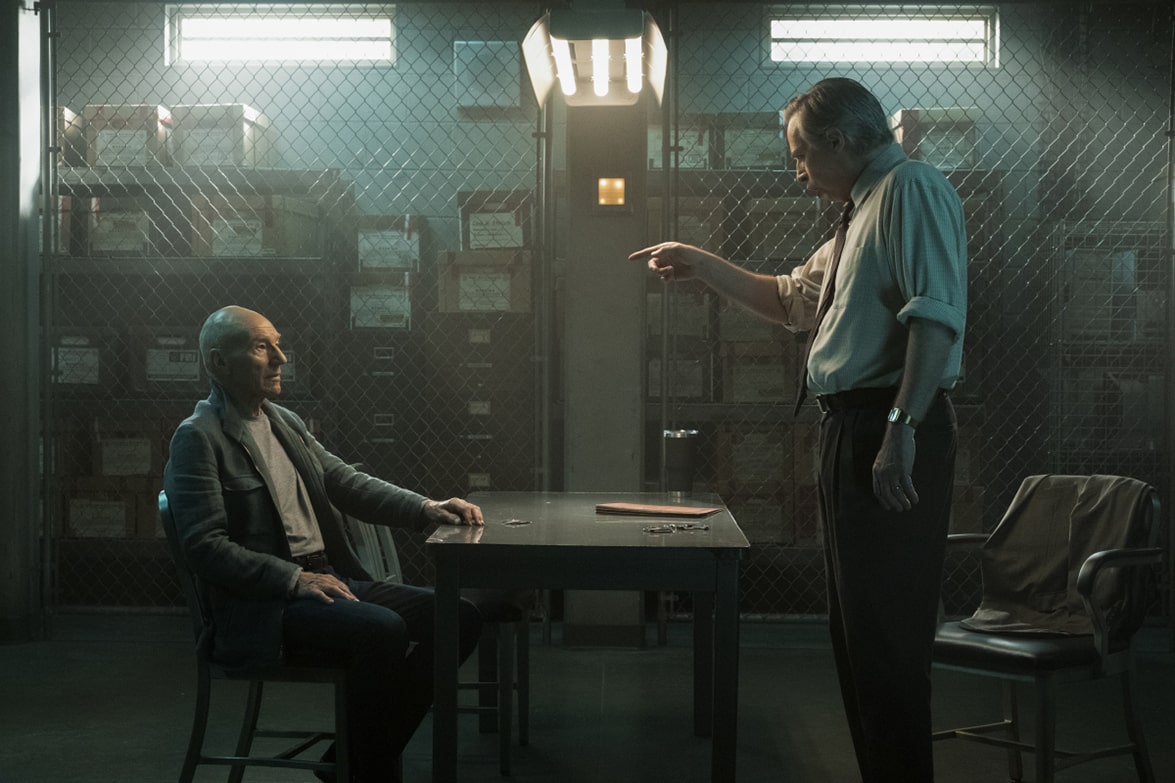 Meanwhile, Raffi and Seven are giving chase, though their efforts have proven futile to this point. And their repeated bickering and sniping at each other about things they found unpleasant in their relationship adds an interesting little nuance to their hunt. But again, Seven’s assertion that Raffi is a bit of a bully seemed to hit home. Again, there are some doors that each of these characters prefer to keep closed and little by little we are seeing them opened and the secrets exposed. Picard is another whose doorway into a life that was seemingly haunted by mental illness has been interesting.

Even Rios seems to be finding a little light seeping into his shadows as he continues to find things to like about Dr. Teresa Rodriguez and her boy. Clearly, she feels that vibe, too. Rios brought them both onto the ship, thereby giving away one of the main secrets they were trying to keep. You can see in his eyes, those tired and cynical eyes, that in this woman he’s met someone who is changing how he thinks about life, about himself, and possibly about the future. Or is he thinking about the past, his staying in the past? I have my doubts about Rios joining the return to the future. 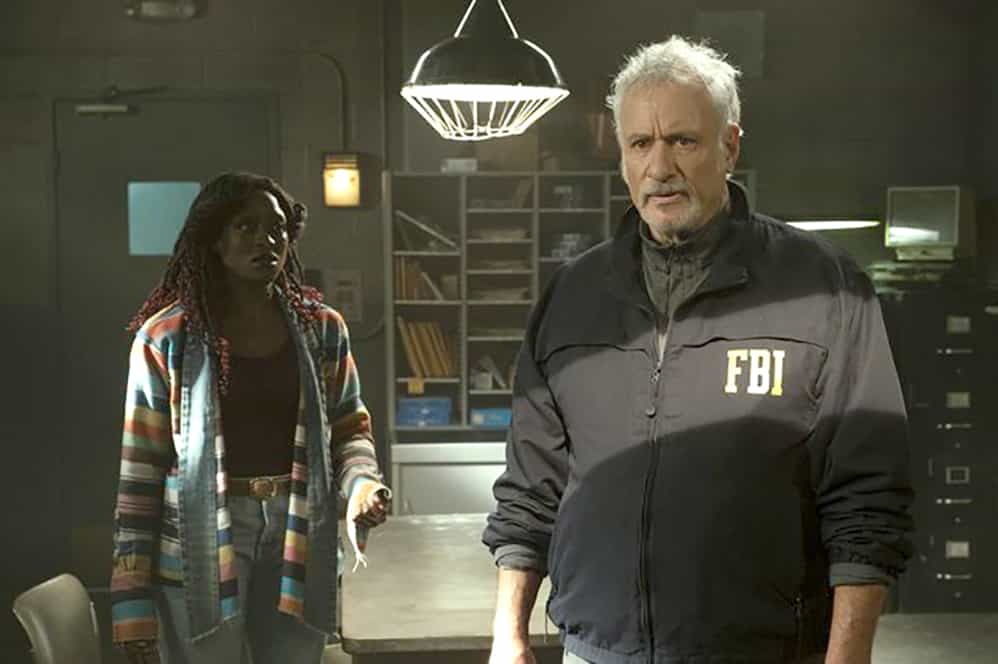 Guinan and Q talking about his failing powers during episode 208 of Star Trek: Picard.

The story arc involving Guinan and Picard getting picked up by Agent Wells, an FBI agent on the outside of the bureau was wonderfully Scully and Mulder. Here’s a professional that had been marginalized because he’d yelled “alien” too often. And yet, proof of their existence popped into his possession and now, completely off-books, he’s trying to fulfill a lifelong goal of proving their existence because he, as a young boy, had had an encounter. Bravo to Jay Karnes, who delivered Agent Wells with equal parts determination and humbling satisfaction (with just a hint of desperation). You never got the idea he was as hard-edged as he tried to appear, which led you to the conclusion that what he’d discovered was a relief. It was a side trip in the story that was fun and Karnes was up for it.

But there’s still so much to do. Kore Soong (Isa Briones, whom I hope gets a little more to do) has discovered her backstory, which rattled her cage mightily. And thanks to Q,she  has found her way to freedom from her “father.” Watching Brent Spiner (as Altan Inigo Soong) scream after her “You’re nothing without me” was both poignant and disturbing, wasn’t it? But what will be the price Q will want for ostensibly curing her? And how will she fit in to the final two episodes and the chance for Picard and his crew to get back home to the right timeline? And what of Q?

A seemingly immortal being that is now aware that mortality comes for us all – and wants to embrace it. Q is on a strange trip and much like he is with everyone and everything, wants to experience what’s beyond the veil and embrace the new adventure – NOW. His powers wane, his grasp on this reality is slipping, and yet he seeks to torture Picard with one last riddle, one last look behind the admiral’s hidden doors? Interesting, isn’t it? And why? 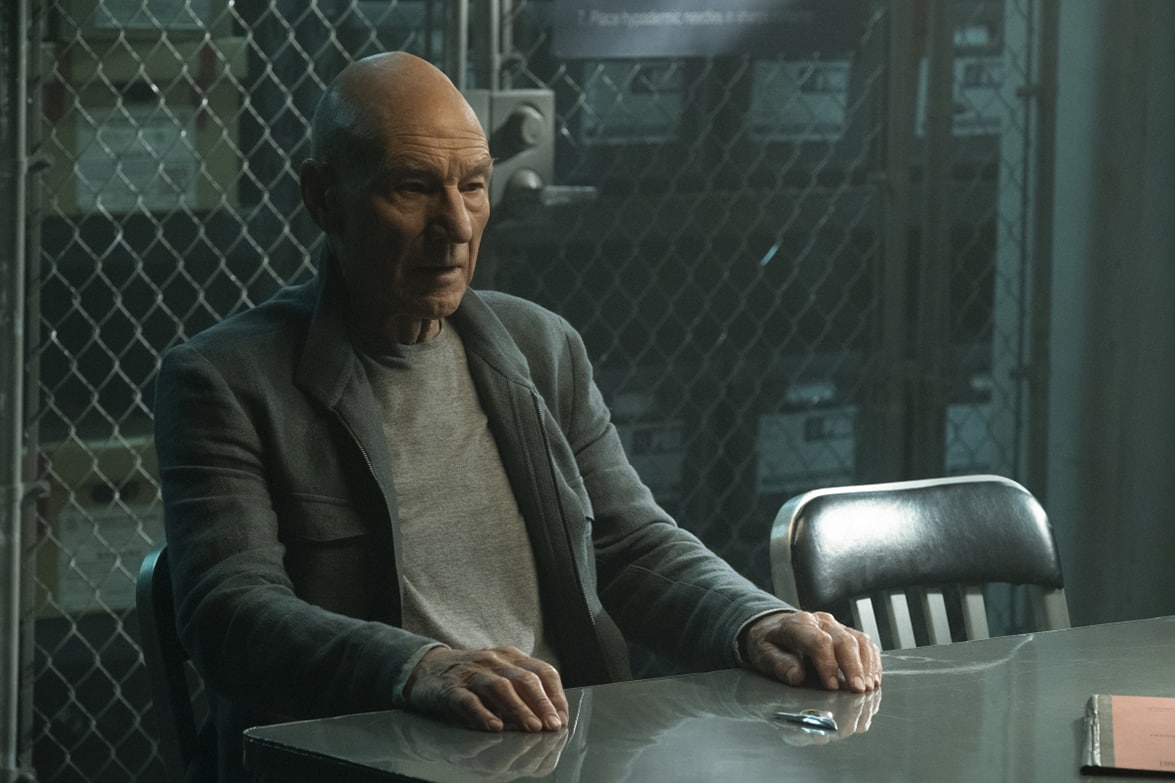 And that’s not even taking into account what the ramifications of exposing Dr. Ramirez (so well played by Sol Rodriguez. Strong, uncompromising, yet clearly somewhat lonely) and her son to a glimpse of the future? As I said, so many little threads floating around out there with seemingly no one, or no ability, to pull them together into a coherent tapestry. And yet, resolution is where we are supposed to be headed.

And the thing is, I’m okay with the seemingly disjointed pile of stories currently cooking on the stove. I like it, I like the examination of many of these characters’ flaws, fears and secrets. It has been fun to open the door on mental health issues and the problems that come from “being stuck in the past.” The past can be a frightening place, filled with things we know have molded us, and things we didn’t realize impacted us. The past and the shadows of that past can be a scary place. And for Star Trek: Picard, it has been a place for some delightful storytelling. Now, onto the final two episodes.