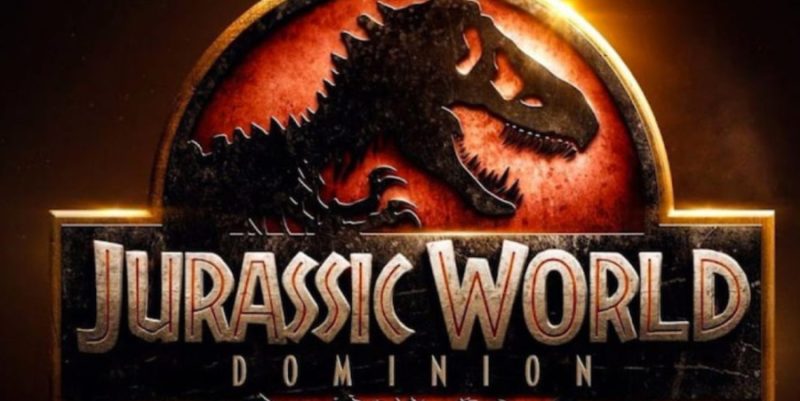 While there’s no doubt that Jurassic World: Dominion will be a huge hit, mostly because of the name (and face it, Chris Pratt), I think this outing for the Jurassic franchise may doom it to the same fate as the animals it recreated. If the previous episode, Fallen Kingdom, was the meteor, Dominion is the fallout.

Throughout our watch last night, I kept wanting to call it Mission Impossible: Dino. More than any other film in the franchise, this one relied on intrigue, gymnastics, and sleuthing – fortunately no rubber masks – to further the plot. Dinosaurs have now become commonplace throughout the world, causing who knows what kinds of havoc, and requiring military intervention to relocate them to safer places (for both dinos and people). Of course, where there is something odd and unique, there’s money, and greed is again the basis for criming. Biosyn, seemingly an agricultural genetic engineering company (plant seed), has developed a huge, gross dino/locust hybrid that is devastating crops – except for those grown with Biosyn seed. Great way to take out your competitors, no? Well, really, no. Dr. Henry Wu (B.D. Wong), a familiar franchise face, is now working for Biosyn and is having a crisis of conscience over the creatures and the havoc they wreak. His boss, Biosyn owner Lewis Dodgson (Campbell Scott) is having no such qualms.

For an unspecified reason, Biosyn is attempting to kidnap young clone heiress Maisie (Isabella Sermon), who Owen Grady (Pratt) and Claire Dearing (Bryce Dallas Howard) rescued in Fallen Kingdom. Maisie has been living with them in a trailer out in the wastelands, hiding from anyone who might want to grab her for her genetic secrets. She, of course, is by now a typical teenager, resenting the restrictions her foster parents have imposed, and has a severe lack of personal identity, believing that she isn’t really an individual, as she is a clone of her “mother.” When she is actually snatched by Biosyn baddies, including a woman who commands laser-sight-trained killer dinos, Owen and Claire go after her.

There’s another couple, some old familiar faces, chasing the secret of the dino locusts – Ellie Sattler (Laura Dern) and Alan Grant (Sam Neill), from the earliest Jurassic Park films. They’re invited to Biosyn’s compound in the Dolomite mountain region of Italy by – another face we know and love – Dr. Ian Malcolm (Jeff Goldblum). I was seriously worried that Goldblum would appear in as tiny a cameo as he had in Fallen Kingdom, and fortunately, he had a slightly bigger part this time (side note: Jeff Goldblum looks better in glasses, and much older without them). His best line: “It’s always darkest just before eternal nothingness.”

This film was about 20 minutes too long – at least it wasn’t 20 extra minutes of Pratt alone mugging at the camera, urging the dinos to do his bidding. No, it was 20 minutes of Mission: Impossible– (or Bond) style car chases, helicopter and airplane stunts, with some creature features (swarms of poodle-sized locusts) thrown in. I’m not completely bug-phobic, but these were scary things, not something you’d want to see coming at you in your corn fields, or your laboratories.

There were some great new characters. The most impressive was DeWanda Wise as former Air Force pilot-turned-black market runner Kayla Watts. Her cool action hero persona and great hair made every scene ramp up a notch. And Mamadou Athie, as Ramsay Cole, brilliant aide to the Biosyn owner, played a complete believer, believably, until his true role in the conspiracy and its unraveling were revealed (his final scene with Dodgson, though, was a bit of a letdown, with a fairly wooden delivery).

I’m afraid that by continuing this franchise into a sixth film (plus a 10 minute short in 2019, Battle at Big Rock), we’ve lost the wonder and amazement that came with the first set of films, or even the first Jurassic World movie. Here, the CGI didn’t feel as well done as it has in the past; the big creatures had little of the personality they seemed to have earlier. They were, in effect, just there to scare the characters and not to provide any real movement to the plot. And by spreading the plot into two separate but ultimately intersecting arcs, both with their own love story, the corporate greed aspect was minimized and almost subsumed by the fight for survival. Other than needing Maisie for Dr. Wu’s ultimate redemption (and how lucky it was that Laura Dern’s character was able to fill in a lot of the missing pieces about Maisie’s mother), we  never learn the reason for having to hide her from people determined to kidnap her.

If you need a grade for this film to make your decision, I’d give it 3 (out of 5) stars, or a B-/C. Did we really need the Dern/Neill unrequited love settled? I don’t know. We could have used some more character development for Pratt and Howard – at least in the last film, we saw them having their own lives, trying to figure out what they were doing with them. This film was tops in the box office for the weekend – we’ll see if it can hold on to the top spot for a while more.

Check out games and trailers at the official Jurassic World website!