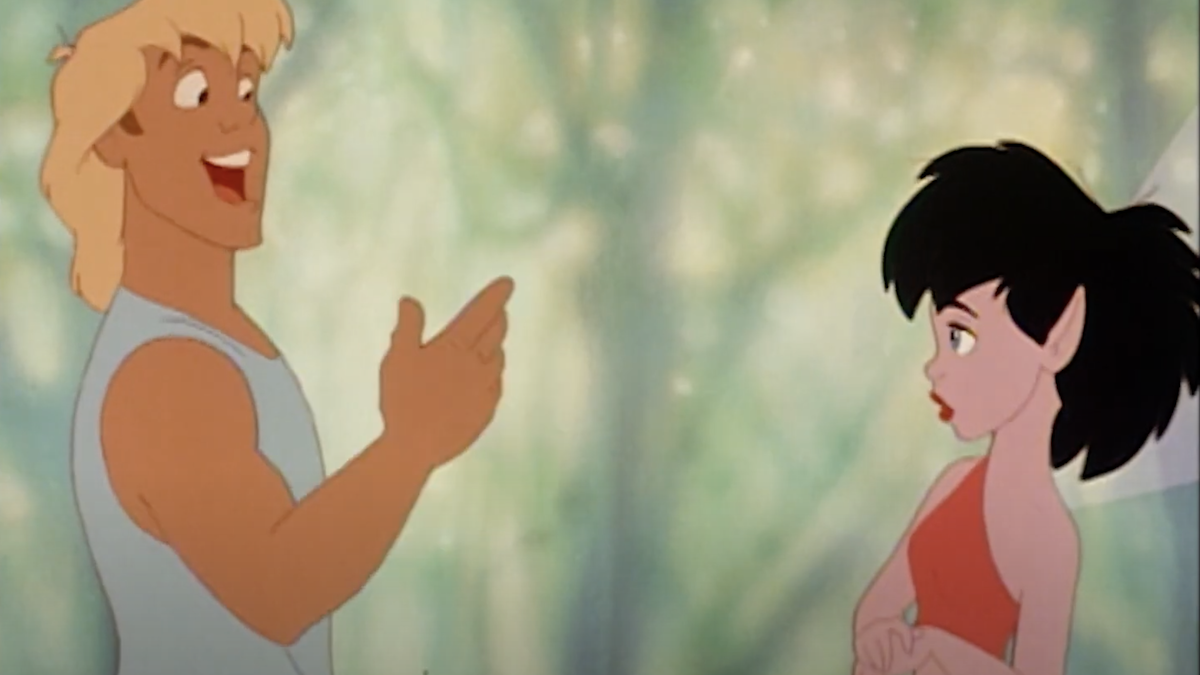 Shout Factory Kids is bringing back a childhood classic, Ferngully The Last Rainforest. Celebrate thirty years of magic in FernGully: The Last Rainforest, now looking better than ever with a brilliant master created from a brand-new 4K scan and restoration of the original film elements!

Crysta (Samantha Mathis) is a fairy who lives in FernGully, a rainforest in Australia, and has never seen a human before. In fact, she is told they are extinct. But when a logging company comes near the rainforest, she sees that they do exist, and even accidentally shrinks one of them: a boy named Zak (Jonathan Ward). Now her size, Zak sees the damage that the company does and helps Crysta to stop not only them, but an evil entity named Hexxus (Tim Curry), who feeds off pollution.

Shout Factory Kids will be releasing a new, restored, version of Ferngully on August 23rd. The brand-new 4K scan and restoration of the original film brings the focus back to the elements of technology of the era that was used to create the film, which set it apart from other films of the early 90s. Fun fact: The filmmakers used what was then brand-new special effects technology for penetrating layers of backgrounds, and to generate the beginning stages of drawings which were then completed by hand. 150,000 cels were created for FernGully, a total of 38 miles of artwork if they were laid end-to-end. Although many steps were computer assisted, every shot was primarily painted and animated. by hand.

The story isn’t new or all that original, humanity is destroying the forest with their machines that cut down trees. This story very much had a story to tell about deforestation and the protection of our rainforests. The message in the 90s had a strong impact on the older viewing audience and is still relevant even in 2022. A more recent film, Avatar, is often compared to Ferngully for their very similar basic premise. Though Ferngully is more focused on deforestation in its story and Avatar is about mining but takes place on an alien planet. For my own two cents, they are unique enough that even with the same basic underlying story to tell about how we treat the worlds, and the beings in them, Ferngully stands alone from Avatar for its younger audience appeal.

It’s hard for me to accept it’s been 30 years since this film was released. I was only 8 when it premiered in 1992, and I watched it many times. It also featured some of the most iconic voice cast of the time including Robin Williams, Christian Slater, Samantha Mathis, Tim Curry, Cheech Marin, Tommy Chong, and Tone Loc. With the 4k restoration, this film still holds up 30 years later both in terms of animation, story, and the voice cast. Whether the message resonates with audiences and children, is another story. Many probably won’t know what a walkman is!

Shout Factory and Amazon both have the new release available for order now. The release date is August 23rd. Shout! Factory, LLC is a leading multi-platform media company devoted to film and TV distribution, development, and production, as well as the preservation and revitalization of the very best in pop-culture entertainment. Founded by Richard Foos, Bob Emmer, and Garson Foos in 2003, Shout! owns and manages a large portfolio of films, contemporary and classic TV series, animation, and documentaries. The company’s creative acquisition mandate has established it as a leading independent distributor, with partners and properties including GKIDS, Sesame Street, The Carol Burnett Show, The Johnny Carson Show, IFC Films, Stephen J. Cannell Productions, ITV Studios, Major League Baseball Productions, and many others. Shout! Factory Kids focuses on live-action and animated kids and family properties, and the company releases films and television shows in other genres under the Scream Factory and Shout Select imprints. Shout! develops, acquires and distributes new films via Shout! Studios, owns and operates libraries including Mystery Science Theater 3000 (in partnership with creator Joel Hodgson) and the Roger Corman New Horizon Pictures Library, and operates the acclaimed streaming service Shout! Factory TV. Shout! Factory is based in Los Angeles, California. For more on Shout! Factory, visit shoutfactory.com.