By: Bri
Go or No Go The Last Of Us

One of the most nerve-wracking things as a gamer (or a fan of any medium really) is when your favorite thing gets turned into something else. For years gamers have gotten awful adaptations of their favorite games. From subpar actors to really bad CGI, we’ve seen it all. There was a lot of panic that came with the announcement of The Last of Us being turned into a television show. It didn’t matter that HBO Max was the platform or that Craig Mazin of Chernobyl fame was at the helm. Nor did it matter that our beloved Neil Druckmann was working very closely with them to adapt it to TV. Nope, we were all worried.

Now, as usual with video game casting people were pissed at the actors they chose to portray Joel and Ellie. Pedro Pascal wasn’t “right” and Bella Ramsey was “totally not Ellie” but boy was everyone wrong! I was a little unsure, but as soon as the first preview came out, I was excited about it. Sunday arrived and we buckled in to finally feast our eyes on what The Last of Us had in store for us. OH BOY.

I will be keeping this about as spoiler free as someone who has played the game, so maybe take this as a warning that something will be spoiled if you haven’t played it!

Immediately, the show had the same feeling as the first game. From the cinematography to the sound design, there was so much that made you feel like you were sitting on your couch with the controller in hand waiting for your time to move the joystick. It kicks off by exploring a little bit more about Sarah’s life than we get in the game. We follow her story and find even more of a connection with her. Nico Parker was an excellent choice for this role because she hooked you pretty much immediately. Her charm and banter with her dad are adorable and infectious. Also, Pedro Pascal is 100% Joel in my eyes. The second he opened his mouth it felt like he was doing justice to Troy Baker and I was very happy with that. We move through the character’s days getting to know them a bit more and then, much like the game, BAM. Things start going South. 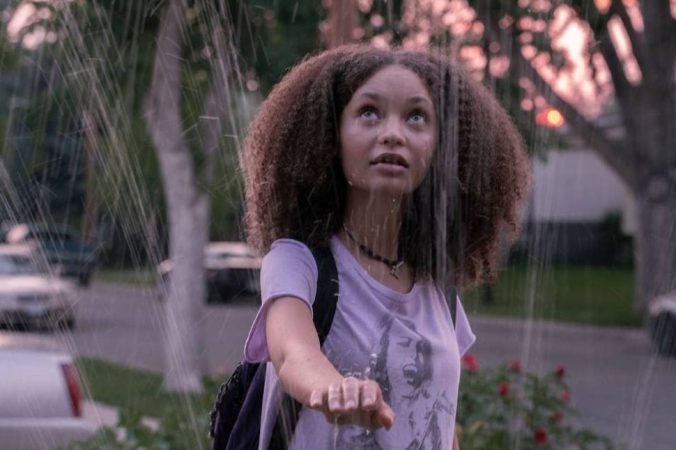 Skip this if you haven’t played the game or watched the episode, please. Of course, as things go South the show gets tense and it gave off a very claustrophobic feeling. Once Joel came to save Sarah and put her in the truck I immediately flashed back to that scene in the game. The way the camera was set up in the truck was placed so perfectly that a side-by-side shot will probably be exact. It felt fantastic!

There was chaos and confusion and Tommy (Gabriel Luna) and Joel were doing their best to figure it all out. The anticipation and worry were back even though I knew exactly what was going to happen and then… the scene. You all know the scene. I’ve seen it four other times and still bawled like a baby. They captured it so well and it is so heartbreaking. Each moment translated from the game to the screen in a beautiful and horribly sad way. Thinking about it now is making my eyes all teary! 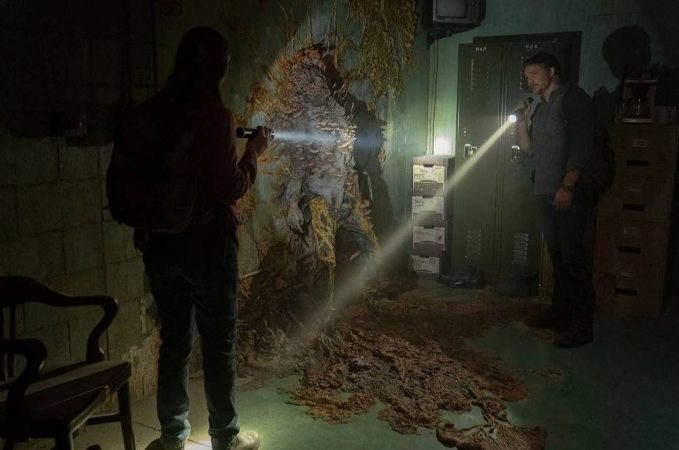 There was a lot of exploration and learning more about the characters and I really enjoyed everything that we’re seeing. Our first interaction with Ellie was perfect and pretty much showed exactly the type of person she is. Snarky and brutal, with a no-nonsense attitude. Bella Ramsey rocks that role. I think she’s a perfect Ellie, I can’t wait to see her grow up in the role and as a character. It’s going to be so much fun. The moment she and Joel met was pretty intense. I like that change because it shows that Joel is such a reactive person regardless of who is around him.

There was a lot of setup and introduction, so we didn’t get a lot of action after the initial chaos of the 2003 scenes. There was a bit of fighting with the soldiers, but nothing out in the real world yet. We saw a bit of what to expect from the Clickers when Tess and Joel found the corpse of one, but we barely scratched the surface. From the looks of it, we’re going to get a lot more next episode and I can’t wait!

The best part about The Last of Us series is the ambiance and the world, so because there wasn’t much of that present in this episode it left me wanting more. Not in a disappointed way, but in an anticipatory way. The pulse-quickening, breath-holding, shivers down the spine encounters out in the world are what the game truly is all about, so I really hope we get that with the show too.

While of course we have only seen an hour and a half of what The Last of Us has in store for us I can absolutely say that this is the best video game to television show adaptation to date. The beats and the story were spot on, with minor things being changed for the simple reason that it works better for that medium. Pascal and Ramsey are already very comfortable in their roles. I am excited to see them interact and bond more as the story goes on. Just from the little teaser at the end of this episode, I can see so many things that I can’t wait for. It’s going to be a beautiful and emotional ride and I’m all in.

The other fun part is watching the reactions of those who don’t know the games. If that applies to you and you’re reading this, just know that you’re in for an absolutely wild ride!

What did you think of The Last of Us season premiere? Are you as hooked as I am? Let us know in the comments below!