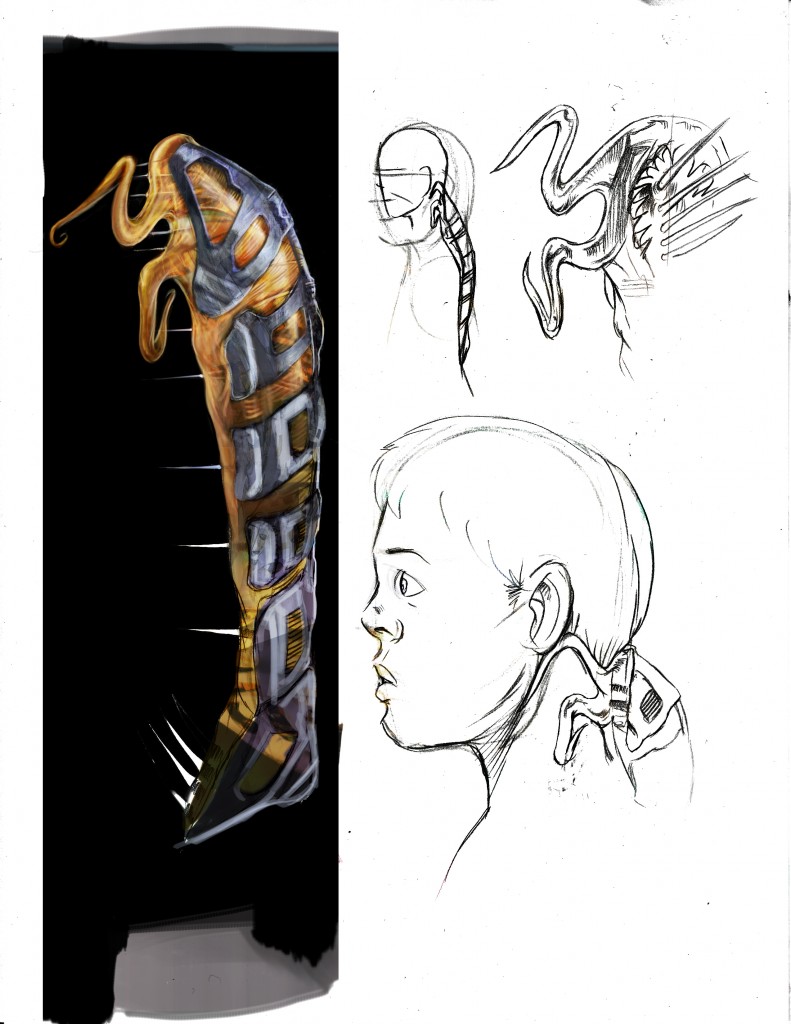 We had the opportunity to talk with Rob McCallum, the artist behind the concept drawing that turned into our skitter harness on Falling Skies. This creepy alien symboit was part of what made us cringe when we saw the kids taken hostage by the aliens and these things on their back.

TNT came to you for the concept design of the harness for the show Falling Skies. How did you go about coming up with the design? Did TNT offer any guidance for the look and feel of the harness or was it up to you to come up with the complete design?

I was working The Thing prequel and got a call from the Art Director on fallings Skies, a friend, who said I should come in and meet Rob the production designer. I had my first day off in months but was in the area so popped in. We got on well and they handed me a pencil and asked if I could do a quick design for them. Rob the designer had some ideas for how he saw it, suggested a few looks. There had been a harness designed for the pilot but they wanted to change that and make it look a bit more alien. I did a bunch of designs then, my last one, I did my own take on how it could look more organic in places with metal etc in it. We had been going for a bone look and I incorprated that into the “jellyfish” idea with stuff in the soft jelly and made a metal spine down the back. Rob liked this and then gave me some visual reference for sea creatures and it went from there. Not much more was done to it and then it was submitted to Spielberg for approval and we got the ok not long after. I was pleased to say the least.

We heard there were 2 props made from the design, a foam lightweight version and a close-up full scale silicon model. Where you involved in the production of these props or just the design?

No, just the design but there was a nice pic of with the white rough version on me!

Did you use the story and what you knew the purpose of the harnesses were into your design process when coming up with the function and look for the harness?

All I knew was what the harness did and that it moved about in one episode.

We noticed the harnesses glowed orange or sometimes didn’t glow at all, what was the purpose behind that?

How did you feel when you saw it on tv?

It kind of blew me away as it was a huge part of the show and I had designed it in a few days.

Did TNT have you help them design anything else for the show?

Rob the designer has me have a crack at the ships, the tower and the overlord alien seen that the end of season 1 all along the same visual look of the harness. They went for something else. The alien had a bit of a look similar to the one I did without the orange colours but I have no idea if the guys doing it even saw mine. Sometimes these things just happen like that.

Will you be returning to help out for Season 2?

No sadly. I was contacted but I’m up to my eyes in it on another job.

How did you get into this line of business?

Long story. I’ll give you the quick (less boring and meandering) answer. I started drawing comics, where you have to design everything as well as telling a story. Then moved to storyboards and working usually near or in the art dept (wherever they stick you) and was asked to do some concept work. Ive been lucky to be able to jump between storyboards and concept work. I did some boards for the FS pilot btw and was asked to do boards for the series but i had something else lined up.

What other projects can we see of yours coming up?

Last year I worked on The Thing (2011) – dream job, hard work and Silent Hill 2. This year, Total Recall and I’m not sure I’m allowed to say what I’m doing right now. HUGE MOVIE though for one of my favourite directors.

Are you a big fan of sci fi like Falling Skies?

What would be your dream project to work on?

I’m working on it. Have to find out if I can say what it is yet.

Some very interested insight into the concept of the harness we see today and some more interesting insight into what exactly the aliens are looking for and where they came from. 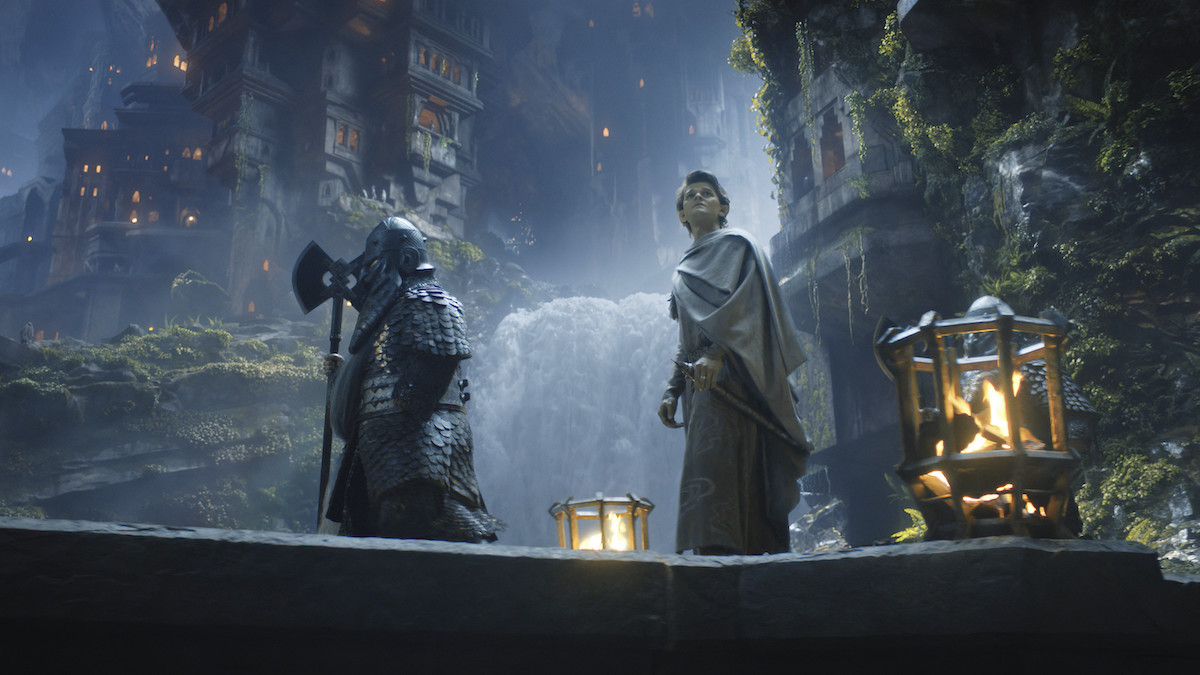