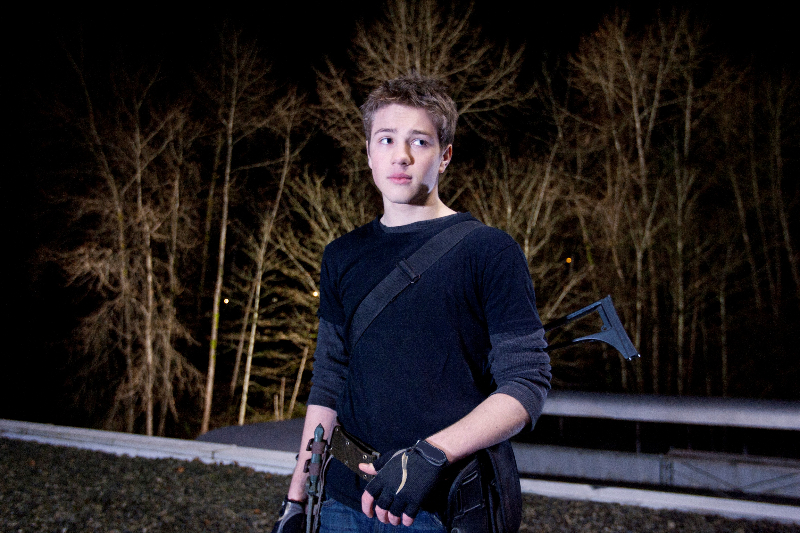 Home is where the heart is. Unless you’ve been harnessed, than you may not have a home to come back to. After the events last week, more and more people dis-trust Ben. To the point that they won’t even tell him where the 2nd mass plans on moving to next. Names like ‘razorback’ or ‘coat hanger’ are used to describe Ben. They don’t say them to his face, but with his super hearing, he can hear them saying it none the less.

Morning is upon them and it appears that Tom and Anne have done the horizontal shuffle. This is the first time we have seen a fun and playful Tom and Anne in a long time. They have been at the hospital for 2 weeks and everyone is feeling a bit too comfortable. Tom misses the small things, coffee, fresh air and his boys waking up and causing trouble for each other. Tom mentions his wife, in an awkward moment for both of them. Anne points out she lost her husband but this is what they have now and they cannot change that. For her, it feels nice.

Weaver is holding an early morning meeting but something isn’t right. He is shaking badly and collapses on the floor. It appears the harness bite on his leg was not under control and has spread through his blood stream. Just what is it doing to him? Anne has to strap him down and Weaver needs Tom to take over for him. Anne has known about the bite, but Anne kept it quiet from everyone thinking she had it under control for Weaver. Tom is pissed, but Weaver wouldn’t allow Anne to tell anyone about it.

Hal and Maggie are out on patrol, much to Hals protest given her injuries. While walking in the woods, they come across a pile of bodies, bodies of de-harnessed kids. They are all dead and it turns out one of them is Karen. Hal freaks out until all of a sudden she gasps for air and passes out again. Tom lets everyone know about Weavers condition. While talking to Jamil and the others he finds out that their fuel supply is dangerously low. In fact they don’t have enough to get to Charleston. Tom orders another check for fuel near by and to lower usage of the generator to keep the fuel lasting longer.

Hal is carrying Karen into the hospital when Ben says not to bring her in. He says they cannot trust her, that she is still under their control because he can hear it. Hal doesn’t believe Ben, in fact he is angry at Ben for denying help to Karen. Maggie is in agreement with Tom over this and thinks she could be a liability. Tom agrees to bring her in but in the Psyh ward to keep her secure. Hal exchanges a ‘what the hell’ look with Ben. 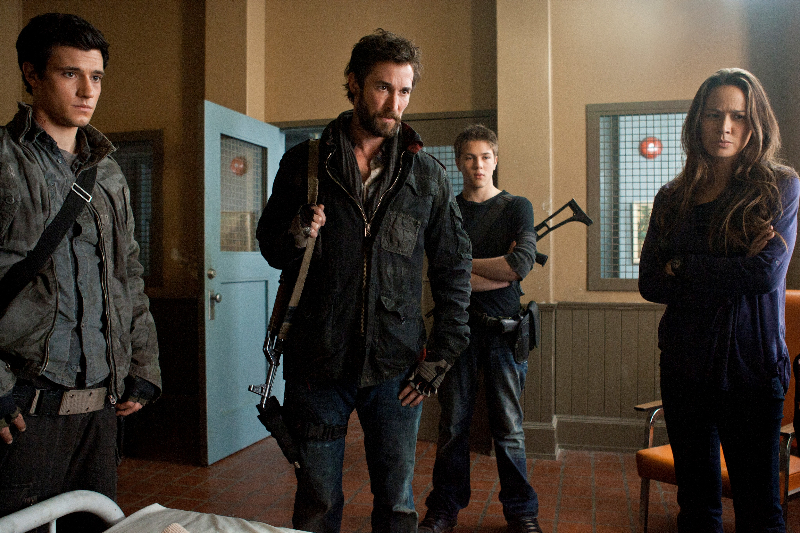 Karen wakes up disoriented and confused. Hal is on the edge of the bed while Anne tries to calm her down. Ben walks in and says not to listen to her, not to trust her, she isn’t one of us. Anne and Hal both feel like Ben is being harsh but Tom is a bit skeptical and Maggie thinks this whole thing stinks. Tom is terse and forward with her, not accepting that she was sad over Toms torture. Tom wants to know about the other kids she was found with. She says that she doesn’t remember. Hal is head over heals for Karen and believes everything she says. She says she had served her purpose and they didn’t need her anymore.

As Hal is leaving with the others, Ben asks Tom to let him be guard over Karen. He has a better chance of finding something that isn’t right with her than anyone else. Hal wants to know what the deal is with Ben about Karen.  Ben had never met Karen before today but who ever she was before, that girl is gone now. The person in the other room is not Karen. Hal says what makes Ben any different, and Ben says I guess nothing. Ben suggests to Maggie and Dai that they keep Hal as far away from her as possible, because it won’t end well. As Hal walks away pissed he says to Ben ‘god, you can be such a ‘ and Ben cuts him off saying ‘freak?’, Hal says ‘I was going to say a tool, but if you like freak’. Maggie is all over the ‘something is wrong’ band wagon that Ben is on. 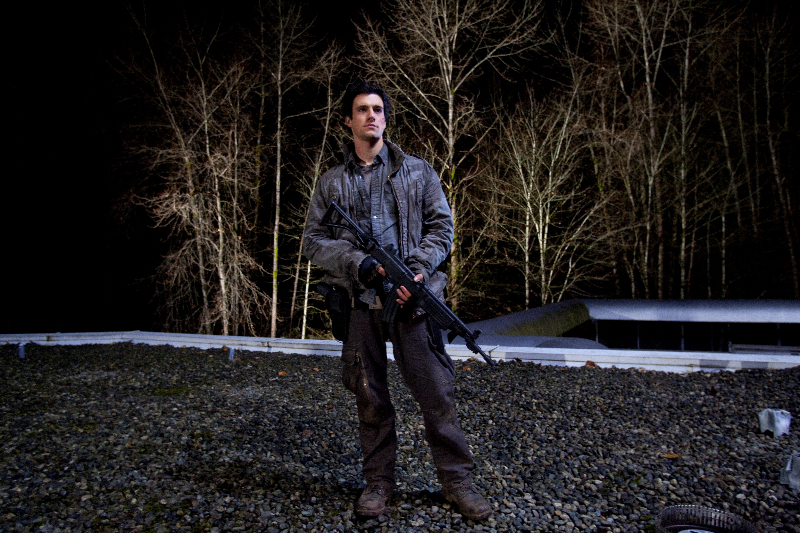 Weaver is getting worse, he has a high fever and she doesn’t know what else to do for him. Anne and Tom have their first real fight over what to do with Weaver. Tom wants to drive him to Charleston and Anne doesn’t. Tom yells out loud for her to stop and he calls Anne Rebecca, out of anger. They need Weaver to survive, he is the 1 thing holding it all together for the 2nd mass. Ben sits outside Karens room after bringing her food. She says its great to meet Ben for the first time.

Ben has no mercy on her, as she tries to reminisce about members of the 2nd mass. Ben explains many other really good people were killed by ‘her masters’. Ben tells her, that you cannot fool him, he knows she is playing a game. Karen starts relating to Ben, bringing down his defenses as she talks about how it feels, and what she hears, just like Ben does. Like a hand wrapped around her throat, moving her around like a rag doll, unable to fight back. Much like Ben was, when he took Karen while under the aliens control. She wants some more food and Ben agrees to get her some. 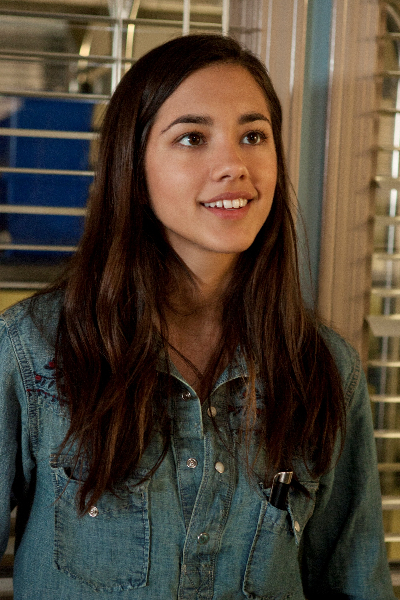 Lourdes has an idea to help Weaver. His body temp is dropping, the opposite you would expect from a fever. So they want to try to raise his body temp. They want to pump his blood, warm it to over 105 and pump it back into him. Tom wants to go forward with it and they build it using things in the hospital to get started. The patrol team comes back with no fuel but they find Pope and Anthony! Hurt and knocked out they bring them into the hospital. They were ambushed by a group of skitters, a mech blast knocked them out.

Ben returns with some food for Karen. She continues to reminisce about the past. She asks Ben about dreaming and Ben claims he doesn’t sleep anymore. Ben mentions they are pulling out, but he doesn’t know where. He tells Karen that the 2nd mass doesn’t trust him or anyone with spikes. Nicknames like ‘razorback’ and ‘coat hanger’. She says its not all bad, she can hear almost anything. She wonders if Ben can too. She continues to appeal to Bent through her better vision and extreme strength. Ben warns her not to do that. When he approaches her both of their spikes glow and they are drawn to each other and kiss. Hal walks in and Karen falls to the floor and passes out. Hal thinks Ben did something to her. Ben freaks out and runs out of the room. Karen lies to Hal and says Ben did something to her. Hal is convinced Ben is trying to hurt her.

They begin the blood warming and hope that everything works. The power goes out and Weaver is in danger of dieting without the power going. Tom has to turn the pumps manually to keep the blood moving. Jamil brings the small generator into the room and gets it up and running again. The recon team has found fuel, enough to keep the 2nd mass on the move to Charleston. Maggie finds Hal sitting outside, freaking out over Ben. Hal wants to help Karen, he thinks Ben is doing something to her, like he was with the skitters. Hal thinks Ben is trying to recruit Karen for the skitter rebellion. Maggie wants Hal to trust her, if anyone is in danger its not Karen, its Ben.

Maggie walks into Karens room and pulls her 2 guns on Karen. They have a little girl talk. Maggie calls Karen out on the carpet. She wants Karen to crawl back to whatever dung heap she came from and leave Ben, Hal and the 2nd mass alone. Karens demeanor changes and she starts to badger Maggie. Karen makes a dash for it and Maggie starts to shoot. Karen does a back flip off the wall before picking Maggie up and slamming her into the wall. Ben comes running down the hall to see whats going on. Karen throws herself into the wall and makes it look like Maggie attacked her. Karen tries convincing Ben that the 2nd mass no longer trusts either of them. Ben decides to run off with Karen, away from the 2nd mass. Little does Ben know the truth about Karen.

They both run to the roof, where Ben can sense the direction they must go but Hal comes out gun pointed, at Ben. Hal still thinks Ben is trying to hurt Karen. Ben tells him he must go for the 2nd masses protection and their own. As Ben walks back towards Hal he says he is sorry and grabs Hals throat and knocks him out. Ben knew they would have to leave sooner or later. Karen has all of Bens sympathy now, and he leads the way through the woods after jumping off the roof.

Weaver is getting better, the infection is almost gone. Weaver is pissed they stayed her longer than he wanted them to stay. But it did save his life. Pope is awake and needs Tom now, its a matter of life or death. They are not safe, the aliens are on their way. Pope explains the skitters had him pinned down, the fish heads want to know where Ben is, they want him. Karen was with them, doing all the talking when the fish head (overlord) was questioning Pope about Ben. The overlords talked to him about a skitter rebellion and they know Ben is apart of it and they are looking for him. Tom and Dai go running into Karens room to find an injured Maggie and Tom finds Hal knocked out on the roof. The episode ends with Ben and Karen running throw the woods.