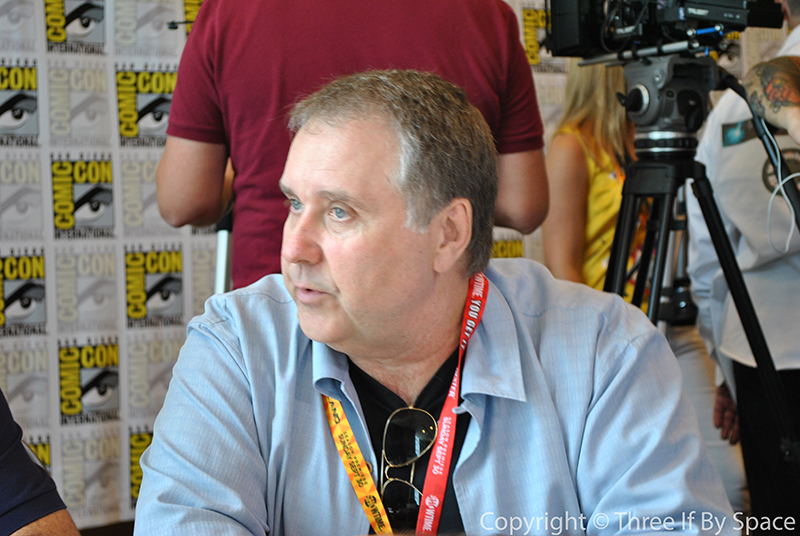 On June 9th, everything changes for the 2nd mass and for our summer! Falling Skies returns to TNT with a 2 hour premiere and from what we were just told, its going to be even bigger than the first 2 seasons. We recently had a chance to chat with Falling Skies executive producer Remi Aubuchon and he spilled some secrets for the new season of Falling Skies.

In part 1 of our interview, we got some very juicy details about season 3 but we won’t be revealing all of them below! We want you to listen to our podcast thats coming up. Tune into our Sunday Night Podcast at 7pm EST. What additional secrets will we reveal?

Season 2 was all about taking the fight back to the aliens and making their way to Charleston. Clearly there will be a price to pay for resistance. What is the core of season 3 about?

The core theme for this season is what are we willing to sacrifice in order to win. Everything? Are we willing to do anything to win? Tom will learn the hard way that winning isn’t everything, and that there are no magic solutions to victory. In fact, all our characters will be touched by this theme, and their resolve to take back their planet for humans by humans will be tested to the very edge.

Many have asked for access to more alien tech, especially after the 2nd mass abandoned the mech bullets project. What can we expect on the alien tech front with our new aliens?

We are actually starting to have significant victories against the Overlords and this is primarily due to new technology provided by [REDACTED]. There are also some other technological surprises that I don’t want to give away, but suffice to say that even the Rebel Skitters have some heretofore unknown technological tricks up their sleeves.

You have always said we will never learn anything beyond what members of the 2nd mass learn. With a 7 month gap between season 2 and 3, how much will we see in flashbacks from during that time?

It is Steven’s policy that we never use flashbacks of any kind in telling the story, but the audience will catch up to the present events through character interaction. It seemed like a more fun way to tell the story rather than just picking up from the last frame of the last season (as we did between season 1 and 2). 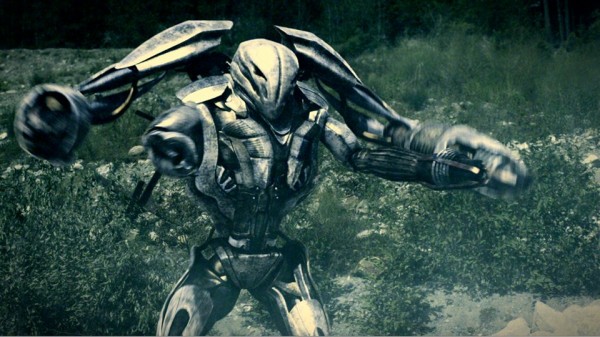 We have seen photos that suggest a flashback to before the invasion, can you share anything on that?

I think that’s just in the promo — we won’t be doing any “flashbacks” per se this season.

Season 3 is said to greatly expand the universe of the story and bring in outside characters, how far will the story expand? How much will we learn about our new alien visitors and the conflict that brought them and the overlords to earth?

Yes, a lot of information will be revealed this season… but of course not everything. That would be no fun! And it won’t only be the aliens we’ll be learning more about, but also our characters and the world outside Charleston, South Carolina.

At the start of season 2, you briefly touched on the continued changes de-harnessed kids (like Ben) were going through. The rest of the season focused on the abilities he had and how it effected him. Will we learn and see more transformation in Ben and other deharnessed kids (as well as those still harnessed) and ultimately learn what they want with the kids?

Yes, more will be revealed about not only spiked kids like Ben, but also the fate of those children still harnessed.

Remember to tune into our podcast this sunday as we talk about Zombies vs Aliens and reveal some exciting new details about season 3 of Falling Skies.