Back from my whirlwind 48-hour trip to New York City, the city that never sleeps (and we were in Times Square late – lit up bright as day)!

I went to New York for Outlander‘s Season 1 Mid-Season Premiere, A Tartan Affair. The day started with tweets from Starz, telling fans to meet them at 2 different locations – one near the Today show, and the other near Good Morning America – at 6:30 am, and that the first 30 people who knew the password – #Tartan Affair – would get t-shirts. About 20 of us huddled in the cold – including Outmanders and Outlander Anatomy site owners – from about 5:30 am. At 6:45, one Starz rep showed up, clutching 2 cups of Starbucks coffee, and chatted with us. And then! We heard the pipes – Dark Isle Pipers leading several handsome, friendly, kilted men! 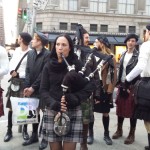 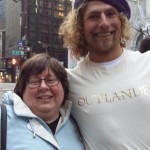 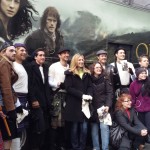 They passed out shirts, chatted, warmed us up with a couple of hugs, and headed off towards the Today show plaza, where they weren’t allowed any farther. But the Outlander bus was parked right there, and a number of fans got their pictures taken with the guys in front of the bus. Great way to start our day! (Keep an eye out – I’ll be giving away 2 of these shirts later this week!)

Later, fans lined up to get into the theatre to see Episode 9 (WHICH DEBUTS TONIGHT!!!) and had the opportunity to walk through a great display of several costumes, including Claire’s stunning wedding dress, and models that were built for set designs. A large photo of Claire in her wedding dress – with the face cut out – let fans play life-size paper dolls! 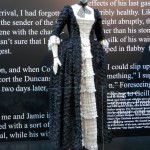 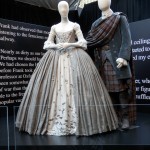 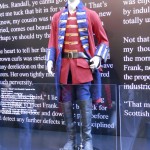 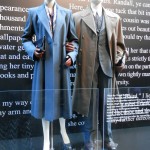 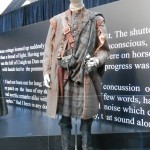 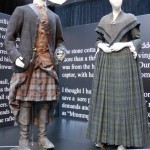 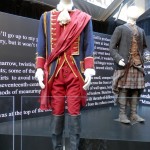 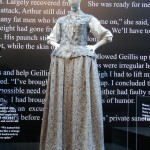 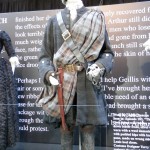 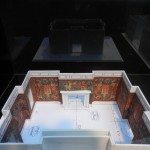 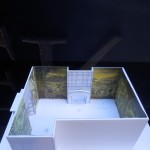 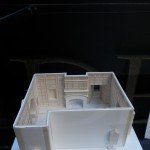 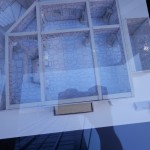 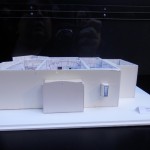 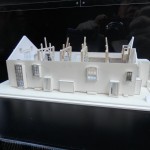 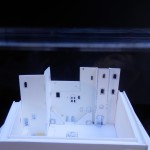 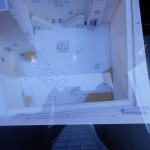 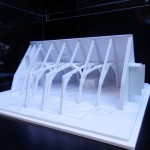 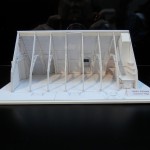 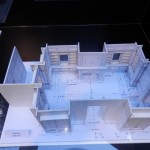 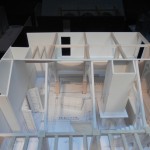 I was cleared to cover the red carpet celebrity event (well, black carpet…). Along with several other blogger friends, we stood, shoulder to tripod, waiting for our chance to have 2 minutes with the show’s stars, production execs Ron Moore and Maril Davis (who weren’t able, after all, to spend time with us), and some of the Starz executives.  I had created event buttons that many fans wore that evening, and passed them out to most of the actors and executives. Everyone was gracious and friendly.

You may notice some faces missing from the video – Lotte Verbeek spent a great deal of time talking to many of the reporters on the carpet, but because the episode was about to start, those of us near the end were only given time to ask a “group” question, and I’ve decided not to post that here – I’m sure Outlander Online’s site will carry that soon, since they were the ones to actually chat with Lotte.

And my Sam moment is not on tape – I did some consulting with Sony’s digital marketing team a couple of months ago (remember the post about the Los Angeles Outlander fans who got to meet Sam?), and was sent a personal photo of Sam as a thank you. Hey, I’m a fan first, ladies, and given the chance, I asked him to sign it for me… 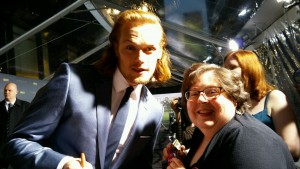 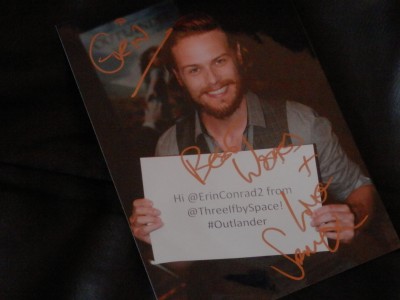 Ron Moore introduced the episode to the fans collected. and more than 1,000 of us (in the first showing – a second showing accommodated the remaining group) watched The Reckoning. I’ll have my review up shortly after it airs Saturday night, but for right now, I’ll just say – it was extremely well-received, owing both to the relief felt at the end of Droughtlander and the actual excellence of the episode.

Following the screening, Alicia Quarles hosted a short Q&A panel with Graham, Gary, Tobias, Lotte, Caitriona, Sam, and Ron Moore. Alicia mangled Graham’s last name in the introduction, calling him “Graham Mackintosh,” and questions were a mixed bag of interesting and not. When she asked Tobias what other cast members would have brought to the role of Black Jack, Tobias struggled to find an answer. But the because a second showing had been scheduled, to accommodate the hundreds of people still standing outside with first-come, first-served tickets, the panel quickly wrapped up. Several fans were able to meet the cast members as they were leaving – photos are all over Facebook and Twitter!

If you’d like to see other questions asked on the red carpet. please visit sites for some of my fellow bloggers: Outmanders.com, MyOutlanderPurgatory.com (the inventors of Pocket Jamie, who made a very fun appearance), Outlander-online.com, thatsnormal.com, and TVAfterDark.com. Not all of them may have their coverage up yet, but keep watching!