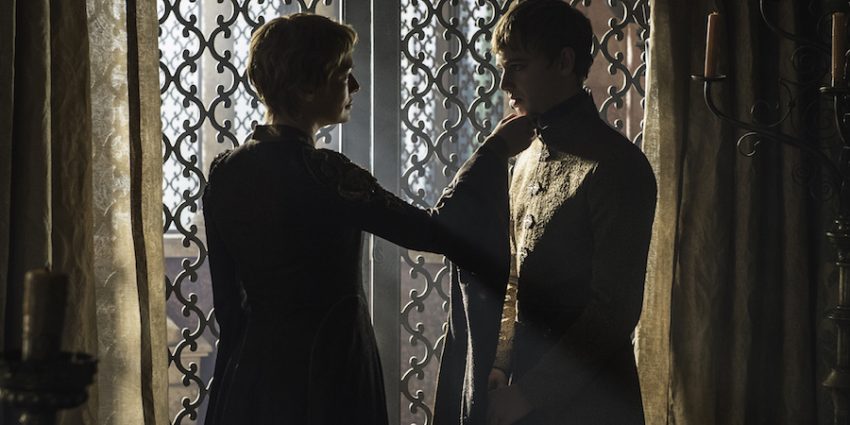 By: Robert Prentice
game of thrones

This is an episode that has already shattered the internet and its not that any of it comes as a surprise to fans but Home really brought back to us several characters who had been missing since season 4 and a lot more. Spoiler warning is due for this episode, as Game Of Thrones has again managed to create massive hysteria online. 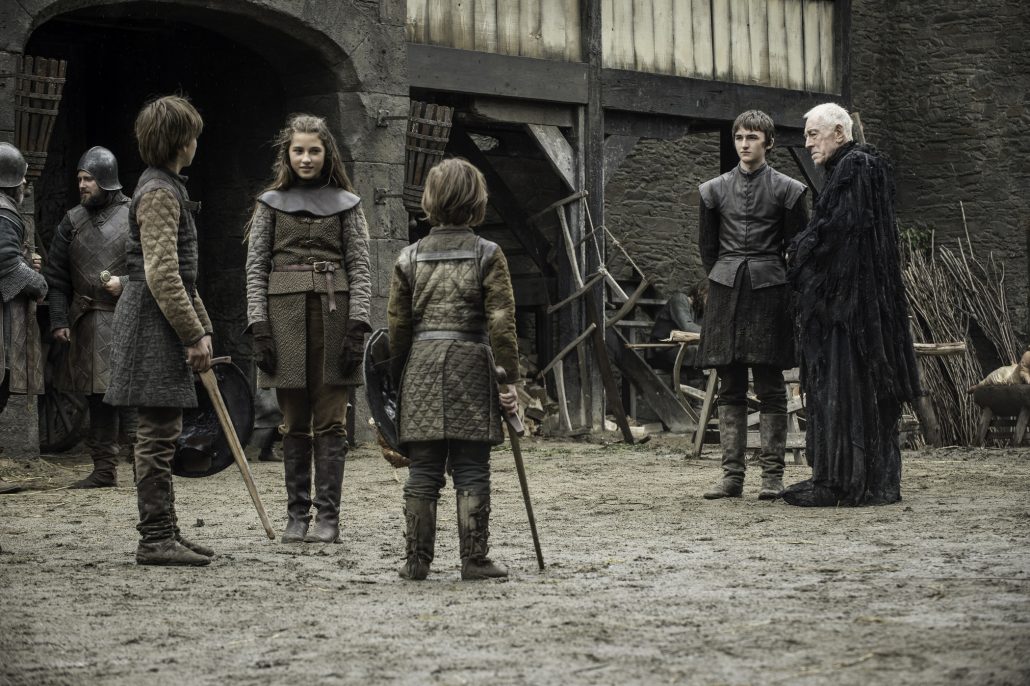 Bran and the Three Eyed Raven

Now that we have that out of the way, we start our episode with the return of Bran Stark, someone I have been missing since season 4. Getting to see him walk was very different considering the last time we saw him do that he was a good 2 feet shorter and a lot younger. Coming into season 6 he has gotten a lot more mature looking and more confident. The Three Eyed Raven can’t seem to get it into his head that going into the past for too long could be very dangerous for him. There is a lot about Bran’s backstory and abilities that the books explore more then the show has, but it seems they are starting to dive into it some. I cannot wait to see more of the past and what Bran can do.

Some important information was revealed in this flash back including that Hodor had a name: Willis and he could speak. Although Bran tries to ask him why he doesn’t speak but one word now, we still don’t have that answer. The other important tidbit was our first glimpse at Lyanna Stark. A lot of what has happen in Westeros and is yet to come begins with her, so lets hope we get more details soon.

Winterfell and The Boltons

We all knew Ramsay was a bastard. And not just in the sense that he was not a true Bolton, but that he was a true outright bastard. Granted the moment we knew Lord Bolton had another son, Ramsay would no longer be of use to Lord Bolton. I have to admit I saw the stabbing by Ramsay coming as soon as they looked at each other. I also knew he would kill his newly born little brother but I didn’t expect him to feed them to the dogs, which is pretty violent even for Game Of Thrones. I really do hope we see Ramsay’s ‘gift’ next week come to bite him in the ass.

Brienne tells Sansa she couldn’t find Arya after searching for three days, not that Sansa was surprised. Of all the Stark children Arya was the one most likely to remain hidden and safe from those searching for her. Theon decides that he cannot go with them, not after everything he has done, and says he will go home, though it is hard to say if there will be anything waiting for him there after his father wrote him off.

Arya – The Girl Is Nobody

After repeatedly being asked her name and getting the crap kicked out of her, Arya manages to pass the final test after being offered shelter, food and then her eye sight, if only she reveal her name. Now her training is set to begin but we don’t yet know how quickly she will regain her eye-sight or what that training has in store for her. 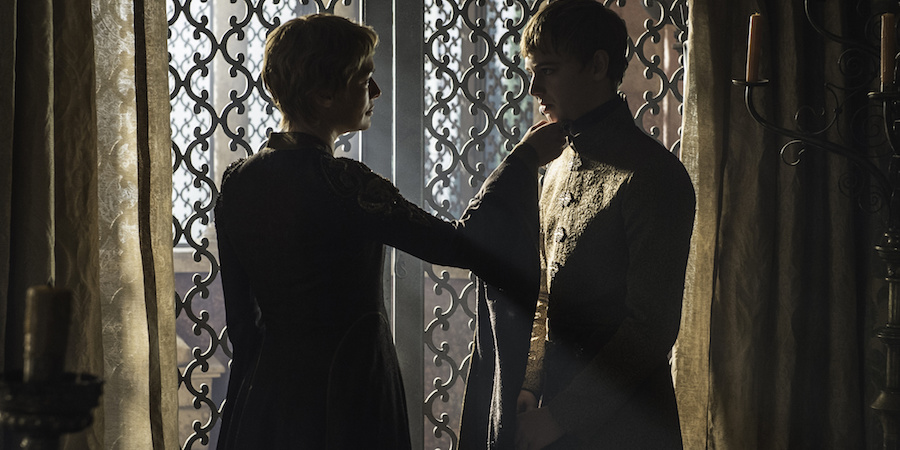 Jamie and King Tommen speak during his sisters funeral. Tommen thinks his mother is responsible for her death. He refuses to see his mother or let her leave the Red Keep. Jamie has some words with the High Sparrow and I really wish he had actually killed him. It really annoys me that after all the armies of the realm and all the wars fought over these 6 seasons that nobody could get to the Lannisters yet these zealots can so easily. Not may favorite story line to say the least. When Tommen finally does go to see his mother he asks for her help in taking back control and being strong like she was for him. 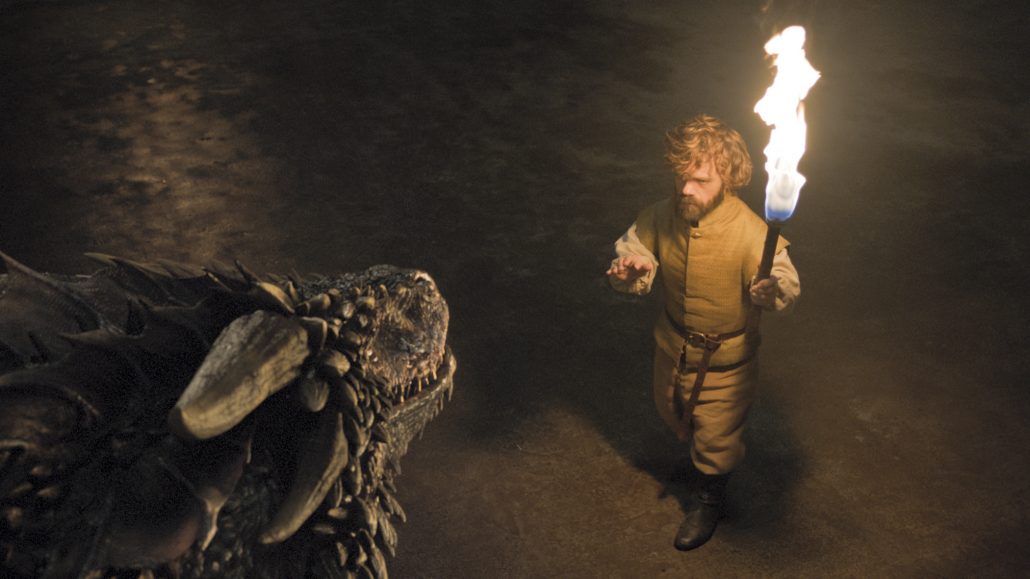 Tyrion attempts to create some good news in Meereen despite some big set backs with the absence of the Queen. He gets the bright idea to go down and meet the dragons. “Don’t Eat The Help” and “Next time I have an idea like that, punch me in the face” are two of the best lines of the episode. He takes the chains off the dragons and they seem to take a liking to Tyrion. This is most clear when the second dragon turns his head and brings the chains closer to him to be removed after he took the first one off.

What can I really say about him? Never liked him, never got into the character and now his brother has killed him and his daughter must fight for the throne due to their law which has someone else deciding who is worthy to take up the throne. I wonder if Theon will show up and be given the throne or if they don’t deem him worth or eligible of it anymore.

We saved the best for last, or more to the point we saved the most spoilery for last. The wildlings show up just in time to save Davos and his men. Davos makes a plea to Melisandre to try and bring back Jon Snow. She knows of only one person who had that ability but makes the statement he shouldn’t have had it. She doesn’t feel confident that she does either but she gives it a go anyways. After chanting, shaving and cleaning up Jon Snows body she gives up and leaves with everyone disappointed in the results. However at the final moment, Ghost wakes up and suddenly Jon opens his eyes and wakes up. He is alive. What state he will be in and whether he will be normal Jon Snow or zombie Jon Snow remains to be seen. In what has probably been the worst kept secret in Game Of Thrones history, the one things fans wanted came true.

So which part of tonights episode shocked you the most? Is the death toll getting too high or as expected? Has something gone off the deep end compared to the books? Sound off below. And if you havn’t seen next weeks preview yet, go see it now. We hope you enjoyed our Game Of Thrones review.