Killjoys: Ep. 202 Review, Wild Wild Westerley Is the Place to Be

We’re getting deeper into the mystery now. Putting aside the question of what happened to D’Avin and Fancy at Red 17, and what Level 6 really is, this week’s episode brought us back to Old Town. Bombed at the end of last season, people are dying, despite Pawter’s best efforts. Whether they’re collateral damage or deliberate targets, the Company is making an example.

I keep coming back to Hills’ line right before that awful Jelco shot him – yes, he warned the residents of Old Town about the bombing, something he shouldn’t have done, but, he says, “I saved people. And in saving them, I saved myself.” I think that’s a lot of what Killjoys is built on – damaged people finding salvation through helping others, making the care of others more important than caring for themselves. That was really evident in this episode.

(You’ve all seen the episode, right? You don’t need me to recap it for you, do you?)

Call it conscience, call it a need for redemption – Dutch has it in spades, and it’s one of the things that lets her get up in the morning (although do you really have morning on a space ship? I guess they don’t really travel far enough to deal with uninterrupted days on Lucy) – her background with Khlyen could easily have made her hard and cold. And obviously we don’t know much (yet, hopefully we will) about her life between the time she escaped from Khlyen and the moment we met her, but while she’s not a terribly trusting person, she is willing to put herself on the line for those in need. 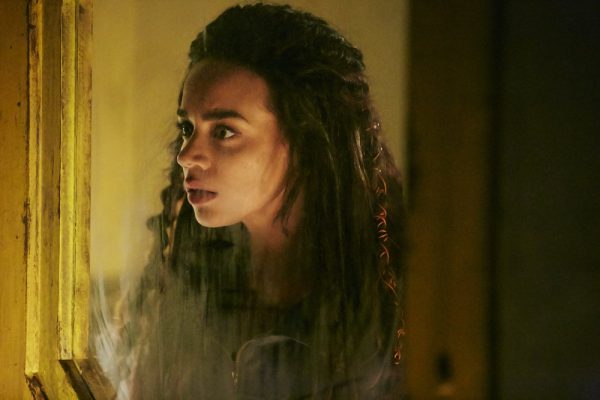 Fascinating little bits were revealed about the backgrounds of a couple of characters. Pree, a warlord? And all that hair? Yeah, I can totally see that, especially after that little laugh near the end, when he stabs Gared through the hand, saying he did “worse than that, honey” to get the Royale in the first place. Can you see slightly insane warlord there? I can! 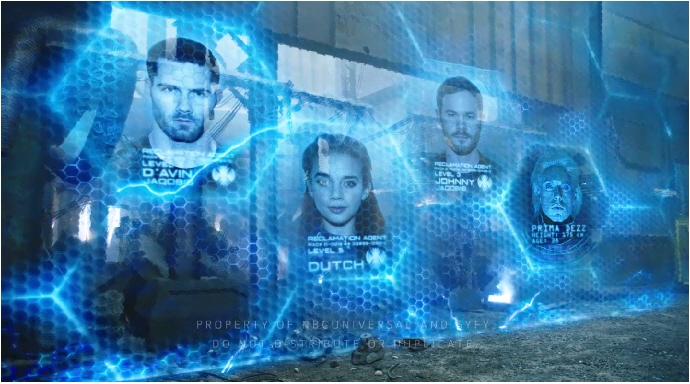 Alvis was a miner, we learned – I’m thinking there must have been some catastrophic incident that pushed him to the Scarbacks and made him the People’s Champion that he is today. There’s someone who’s not quite balanced, for sure. Brilliant, yes. Selfless, definitely. Just a little – or more than a little – off kilter, without a doubt. While learning about Pree’s background has the high probability of being Killjoys comedy, Alvis’ history is guaranteed to be more on the tragedy side. His fighting skills and his extremely intimidating stare hint at a Bond-like backstory.

What did you think about Turin’s resurrection? Did you think he was dead, or were you waiting for him to reappear? I was in the second camp, and I’m glad he’s back. While he sure doesn’t care for our Loyal Heroes very much, he has some reason to trust that they want to find the truth. And his injury at Khlyen’s hands, thank goodness, didn’t have any effect on his great hair. He says he’s got a lot of the pieces of the Level 6 mystery, but can’t put them all together yet – what pieces? what does he know? How is he finding these bits? He seems like a guy who’s got sources all over, carefully developed, blackmailed, coerced or bribed. It didn’t surprise me that he was able to take control of Lucy – he’s one scary dude!

That Pawter/Johnny kiss – sure, it had an ulterior motive, to get some way to keep in touch with her, but honestly, it creeped me out a little. Was it because of her history with D’Avin? Should brothers share girls? “Johnny Jaqobis, you beautiful idiot,” oh, I hope you don’t have it bad for this one, with her drug and self-destruction addictions. 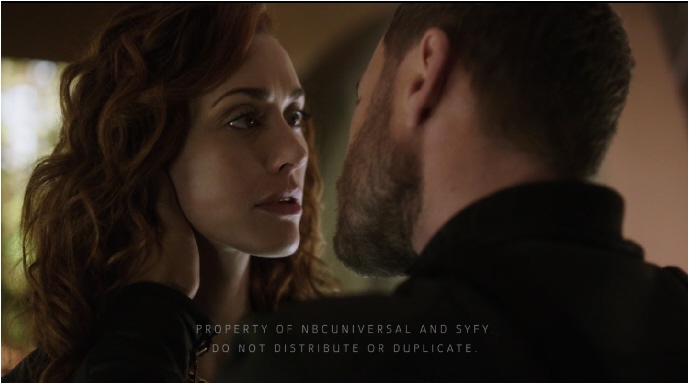 Two issues with this episode. That little pool JUST HAPPENED to be right where Alvis let out the mummy gas? What was that doing there? Certainly it wasn’t there for kids or pets to play in. And the gas dissipated REALLY fast, didn’t it? That whole thing didn’t make a lot of sense. I mean, they couldn’t just let Alvis get all dry and dusty and dead, but it almost felt like it hadn’t been thought out very well. Although the revelation that this was a Company-produced product – what else does the Company have laying around? I can promise they won’t win an award for “best employer.” 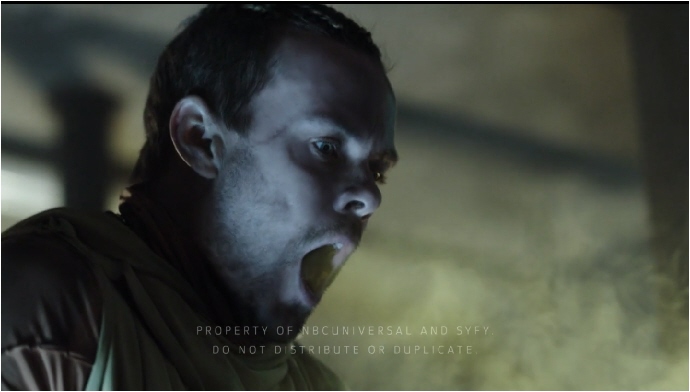 And two, this is a personal pet peeve, I like there to be some continuation in stories. Not a mention of what happened to D’Avin at Red 17, why he rejected the Level 6 process, why Khlyen let him go, what happened to Khlyen or Fancy Lee? But Killjoys was like that last season – self-contained episodes, little hints tossed in, bits and pieces that individually made no sense, but when you brought them together, knocked you on the head when they fit like a jigsaw puzzle. That’s the storytelling process for this show, and I think I just have to get used to it. I have to trust that Michelle Lovretta has a complete picture that she’s only giving us bits at a time – first an edge piece, then a chunk of the blue sky… now we see the puzzle title coming together at the bottom…

Congratulations to the winner of last week’s contest – Will Turcan will be getting a limited edition set of Syfy pins from last year’s ComicCon. They’re going in the mail tomorrow, Will!