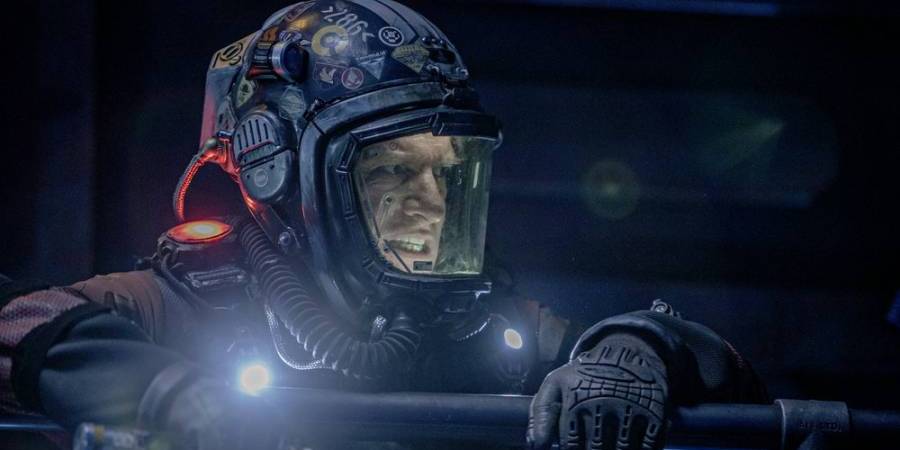 Detective Joe Miller is a tired, cynical man who seemed to finally find his purpose during episode 204 of “The Expanse” Wednesday night. In “Godspeed,” it looked for all the world as though Miller was going to get to go out in a blaze of selfless glory to save the universe from the deadly protomolecule. He seemed to welcome death as it hurtled toward him – and then death made a u-turn. Oh, Joe…the universe just keeps screwing you, doesn’t it?

This week’s episode was a Miller-centric treat as our erstwhile detective found clear and decisive purpose in a universe that seems to weigh heavily upon him. Destroy the protomolecule and save Earth, Mars and The Belt from a terrible, painful infectious fate. And yet, it was not to be.

But we’re getting ahead of ourselves. “Godspeed” took the crew of the Rocinante back to Eros for what it hoped was a solution that would rid their corner of the galaxy of the evil protomolecule. Unfortunately, as Miller and the rest of those involved found out, things turned out just a little bit differently than hoped for.

However, the episode kicks off with U.N. bigwig Chrisjen Avasarala looking over the information Fred Johnson sent her. What she sees is a derelict stealth ship floating in space. It contains 13 dead and one of the stolen fusion drives everyone’s been looking for.

Research into the people found aboard reveals another Protogen connection and our nimble-minded politician begins to put things together. Moments later, she orders all Protogen assets frozen and instructs her people to push the derelict ship into a normal shipping lane to be “accidentally” found by passing ships. The pieces of the puzzle Johnson sent her are beginning to bring focus to the overall picture.

We jump to Tycho Station where Holden has a little meltdown when he walks into a room with Johnson and Miller for an intense chat. Miller, in his typically deadpan, matter-of-fact way, tells Holden there’s a plan he and Johnson need help with. “I killed the scientist. Now we need to kill his science experiment,” Miller tells Holden. Time to hunt that protomolecule, baby. 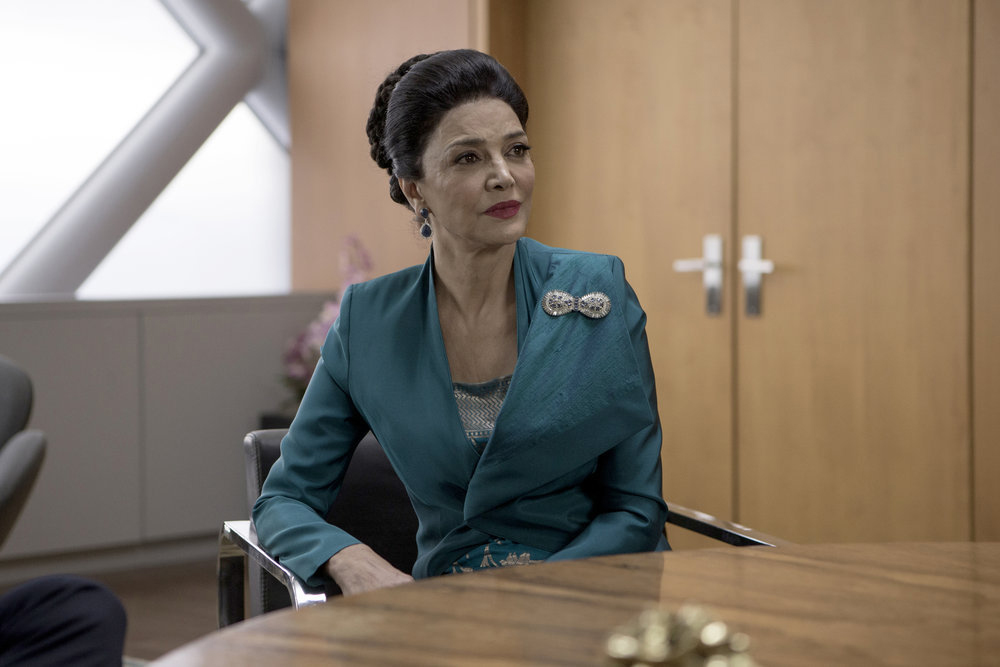 From there, the die is cast. The plan will be to evict the Mormons from the Nauvoo, commandeer the station and send it hurtling towards Eros. The goal? Push the station into the sun and burn the protomolecule, and the danger is represents, to cinders. Holden balks at first, but as Johnson and Miller make their case, he sees that this might be the only way and finally agrees. “The Mormons are gonna be pissed,” Naomi says at the climax of the meeting.

While the Rocinante crew, Johnson and Miller jump-start their plan in motion, Chrisjen continues watering the flowers in her own political garden. She’s had Undersecretary Sadavir Errinwright call in Jules-Pierre Mao (Julie’s father), magnate of Mao-Kwikowski Mercantile, of which Protogen is a subsidiary, for a little sit-down. Mao tries to explain things, citing “OPA Moles,” working in his businesses that may have created some issues. But Chrisjan questions him intently, noting that “rogue employees managed to make a profit and a war without even going over budget. God, maybe we should get these people on our payroll.”

Later, we see the Undersecretary and Mao discussing the meeting via call. Mao seems to grasp that Chrisjan has their scent, while Errinwright disputes this and suggests that things can be saved. Mao, not convinced, indicates that their partnership would seem to be at an end and hangs up. 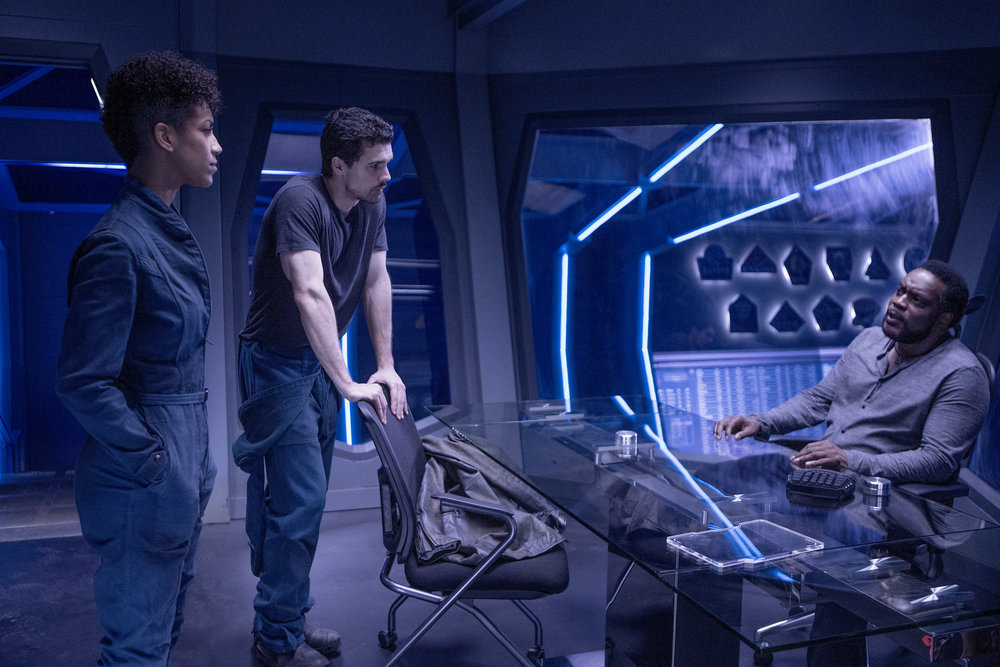 At Tycho Station, the Rocinante and Nauvoo are ready to head toward Eros when Naomi walks over to Miller to ask why he’s so intent on doing this. Naomi thinks he’s doing it for Julie and Miller tells her that this mission is on him, but the sample of the protomolecule they hid previously is now her responsibility and she needs “to do the right thing.”

Moments later, both ships are headed to Eros to put an end (they think) to the protomolecule threat. En route, ships from the Martian and U.N. fleet peel off to see what they are up to, but our heroes will be to Eros well before they can be intercepted. Time is on their side. Now, if they can just place their explosive charges on the station to seal things up, all will be ready for the big push from the Nauvoo. And this is where, of course, the plan gets some amending.

The Rocinante crew scans the Eros facility and finds a tremendous amount of heat emanating from the station. They also discover a ship of doctors (aboard their ship, the Marasmus) have landed at the station. While Miller and his group disembark and begin setting charges around the facility, Holden tries to figure out what’s the deal with the new folks.

Holden makes contact with the ship and finds a group trying to deliver humanitarian aid to the Eros population. They say they haven’t entered the facility yet and Holden advises them to vacate immediately. Of course, we find out they aren’t being entirely truthful. Miller, while setting the charges, notices a slightly ajar door to an airlock. He muscles the door open only to find what appears to be one of the doctors dead, infected with the protomolecule. 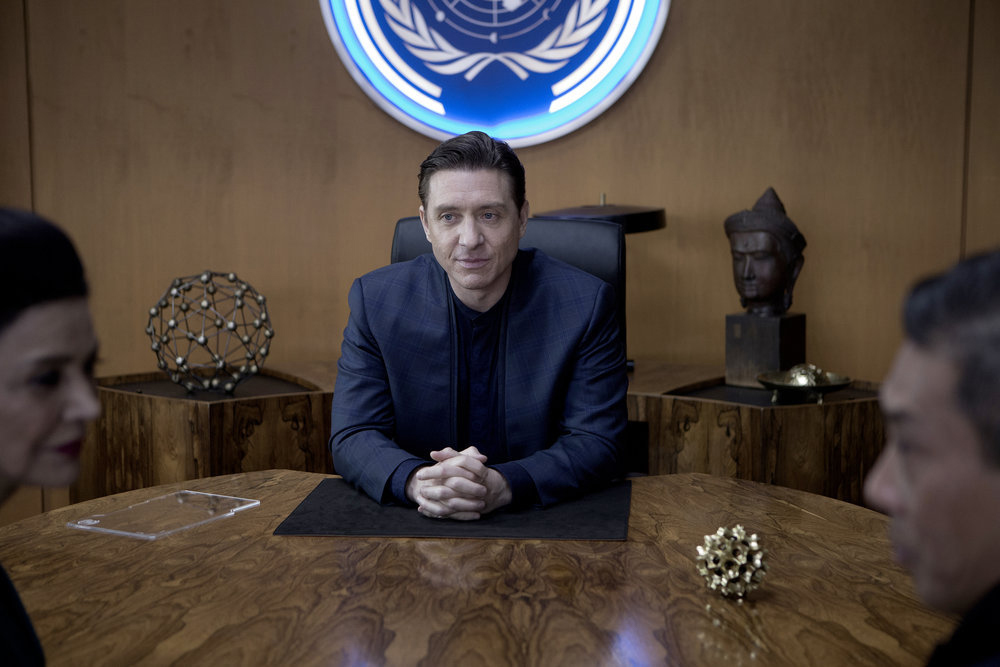 Holden isn’t terribly impressed with the less-than-honest discussion he’s had with the doctors and the commander of the Marasmus admits that one of their own went in. They then agree to leave and take off from the station. Holden and the doctor have an intense discussion about what’s about to happen on the station and the need for everyone to know. The back and forth ends when Holden, convinced that widespread knowledge of the protomolecule would be disastrous on many levels, delivers a missile into the Marasmus. He waits until the last second, torn by what he knows he has to do, before pushing the button, but in the end he kills the crew.

Moments later, Miller and his companion are hit by a debris field. They try to find cover as best they can, but Miller’s suit is ripped, requiring a patch. His partner, the young fighter he’s formed an attachment to, has a bomb that’s been primed, but damaged by the debris. The detonator must be manually reset continually.

Miller sends his young protégé away and resigns himself to his fiery fate. He continually resets the timer as the Nauvoo closes on his position. Closer it moves toward Miller and his seeming destiny when suddenly the strange voice-like buzz from the station increases in intensity and the Nauvoo moves away. Everyone is stunned and confused when Holden states simply, “The Nauvoo didn’t move, Eros did,”

Miller is saved, Eros is still in one piece and we get a glimpse of just what the protomolecule may be capable of in the future.