San Francisco, CA, May 24, 2017 – VIZ Media, LLC (VIZ Media), a premier company in the fields of publishing, animation distribution, and global entertainment licensing, teams with the 2017 Anime Expo to proudly welcome Yuto Tsukuda as an official Guest of Honor at this year’s convention. 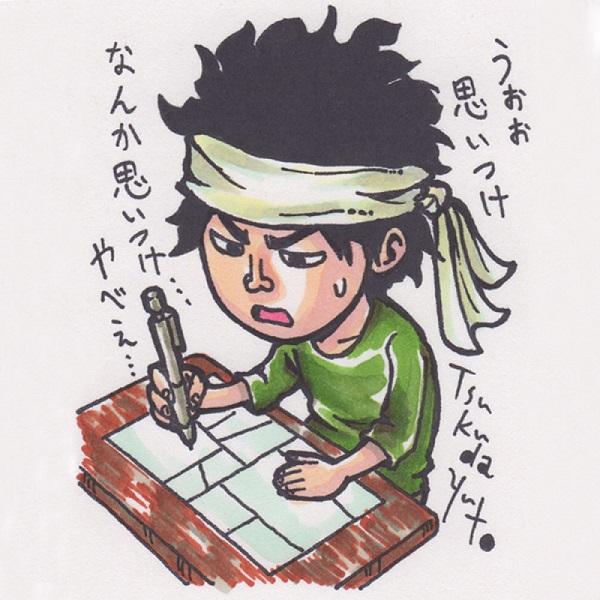 Yuto Tsukuda is the co-creator of the bestselling Weekly Shonen Jump manga series FOOD WARS!: SHOKUGEKI NO SOMA. This action-packed, saucy food comedy is Tsukuda Sensei’s first work to be released in English and is published digitally and in print by VIZ Media (rated ‘T+’ for Older Teens). During Anime Expo, he is scheduled to participate in two panel discussions and two in-person autograph sessions. Event times and additional information on these sessions will be released soon. This will be Yuto Tsukuda’s first professional appearance in North America.

The 2017 Anime Expo is the largest dedicated anime/manga fan convention in North America and takes place July 1st–4th at the Los Angeles Convention Center in Los Angeles, CA. Tickets and full details are available at: www.anime-expo.org. VIZ Media will be located on the main convention floor in Booth #2206.

“FOOD WARS! has captivated manga fans with a tasty mix of comedy and over-the-top culinary battles, and we are very excited to partner with Anime Expo to welcome Yuto Tsukuda as a Guest of Honor at this year’s show,” says Andy Nakatani, Editor-in-Chief, WEEKLY SHONEN JUMP. “We look forward to celebrating the success of FOOD WARS! and to providing Anime Expo attendees some very special opportunities to meet the writer and catch some of his personal insights on the series!” 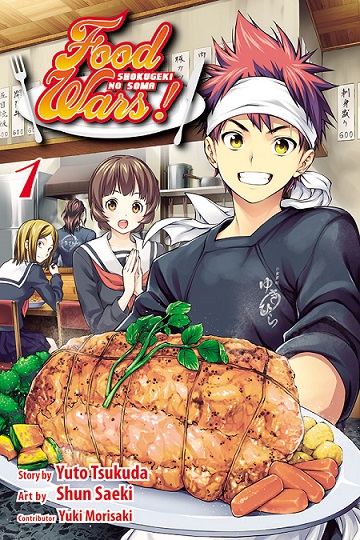 Throughout Anime Expo, fans and convention attendees are invited to stop by the VIZ Media booth (#2206) for special FOOD WARS! premium giveaways. The FOOD WARS! manga will also be available for purchase, including exclusive advance copies of the series’ latest release, Volume 19.

Writer Yuto Tsukuda won the 34th Jump Juniketsu Newcomers’ Manga Award for his one-shot story Kiba ni Naru. He made his Weekly Shonen Jump debut in 2010 with the series, Shonen Shikku. His follow-up series, FOOD WARS!: SHOKUGEKI NO SOMA, is his first title with an English-language release.

In FOOD WARS!, Soma Yukihira’s old man runs a small family restaurant in the less savory end of town. Aiming to one day surpass his father’s culinary prowess, Soma hones his skills day in and day out until one day, out of the blue, his father decides to enroll Soma in a classy culinary school! Can Soma really cut it in a place that prides itself on a 10 percent graduation rate? And can he convince the beautiful, domineering heiress of the school that he belongs there at all?!

For additional information on FOOD WARS! and other anime and manga titles distributed and published by VIZ Media, please visit VIZ.com.