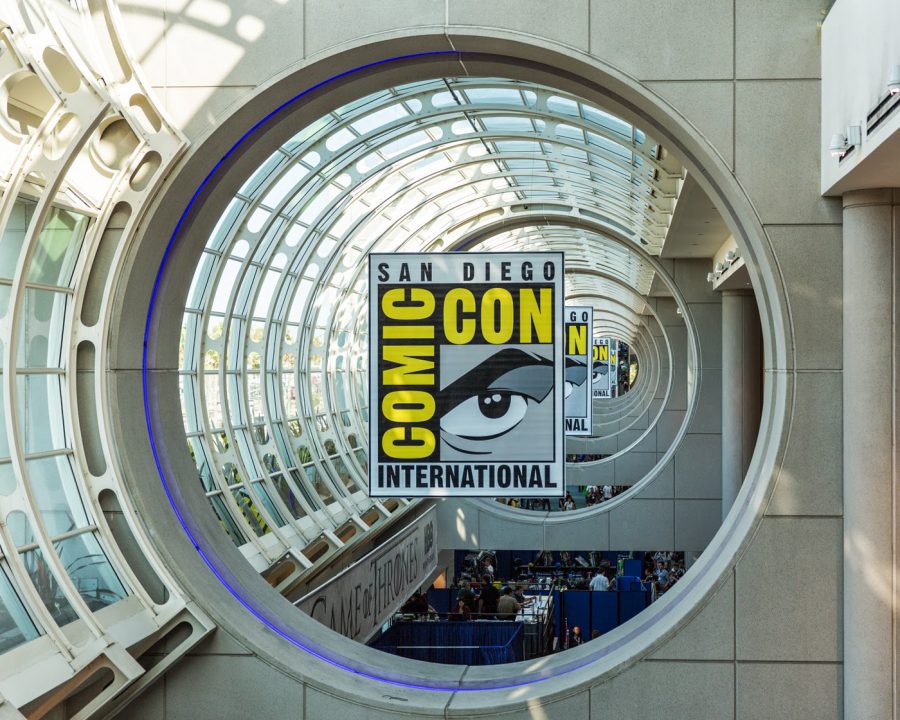 We’re exactly 2 months away from the first full day at San Diego Comic Con and boy was there a lot of offsite news in this past week. At this point, most of the stressful things should be over for you (badge registration, hotel lottery) and it’s time to focus on all the awesome activities you’ll get to experience in San Diego that week! Without further ado, let’s jump right into today’s “Weekly Round-Up.”

First up, let’s look back at the Hotel Lottery. Are you still without a hotel for the show? Fear not, there are still options available for you: onPeak and CCI have now opened up the remaining un-booked rooms from hotel lottery to anyone who is looking. These are not going to be Gas Lamp (downtown) hotels, they’re further out from the convention center but at least they have availability for you! A little reminder, if you book one of the rooms through onPeak you will have to pay a deposit for the room. You can cancel the room from now until June 5th, but you’ll only get half of that deposit back. If you cancel June 6th or later you will not receive any of your original deposit back. So be sure that you are ready to pay the upfront deposit and picked the right hotel. Don’t forget that CCI will run free shuttle buses during the event and San Diego has a trolley system that stops right in front of the Convention Center. So even if you’re in a further out hotel, there will be transportation options for you. There are even hotels a little further out that you can book on your own or through a travel site. Not finding anything in your searches? Try looking a little further away from the downtown area on Hotel Circle, in Mission Valley or even closer to the airport. For the remaining lottery hotels, it is a live inventory sale, so if you’re still needing to book something and want one of these hotels book it now instead of waiting or you risk it being gone. To check out the lottery hotels that still have availability, click here to go to onPeak .

While the panel schedule is still a ways out, shows do sometimes spill the beans early, and for 2017 we do already have three show’s that have said they’ll be in attendance. The first to announce was Outlander on Starz, they skipped SDCC in 2016 so this announcement has made many of their fans extremely happy. The writer’s twitter account for Syfy’s The Expanse responded to my own tweet about SDCC, letting me know that they “will definitely be at SDCC17!” Nothing about a panel or autograph session but at least the writers will be there. Marvel Studios confirmed that they will be back at this summer as well. The Marvel announcement was great because it was unclear if they would attend SDCC with the Disney convention, D23, happening the week before. SDCC badge holders can rejoice that Marvel will be back (likely in Hall H) and should thinking about lining up now for that popular event. The newest show announcement, comes from The History Channel. Kathryn Winnick, series star on Vikings, let is slip that her crew will be at the show on Friday July 21st, via a post on her Instagram page. The post has since been deleted but the folks over at Second Union managed to get a screenshot before it was removed. Vikings have had some really cool off-sites, in 2015  they did a tour of the Gas Lamp in a bus that also is a boat that can go out in the bay. The booth normally lets you dress in some Vikings gear and make a 15 second gif of yourself with your best Viking battle moves and of course the panel with the cast. As we get closer more shows might confirm that they’ll be in attendance, just not what day(s) they’ll be around. The official schedule will come out exactly 2 weeks prior to the big event. 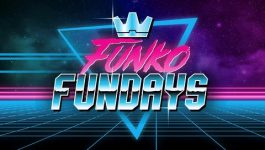 Funko Fun Days…those are some hard tickets to get! They went on sale Wednesday the 17th and were gone within a minute of the link opening up. Didn’t get in? The official Funko social media crew wants to help you out. If you’re willing to do something pretty outlandish or crazy, Funko might just be willing to hook you up with two tickets to their event. Reply to Funko on social media either their official Facebook or official Twitter and let them know what crazy, fun, weird talent, hidden super power, completely attention grabbing possibly insane thing you’re willing to do for them to gain access to the show. Make sure you include the hashtag #FundaysFeats and have your reply/entry in by 8am PST (9am Mountain, 10am Central, 11am Eastern) by Wednesday May 24th. 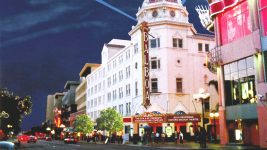 Joel Hodgson is bringing Mystery Science Theater 3000 to Balboa Theater! They’ll be doing double-feature shows both Friday and Saturday, where you can see the new MST3K cast live, in action riffin on two fantastic B-rated movies. To get the full effect you’ll need to purchase tickets for both movies that night. Happening at Balboa Theater Friday the 21st and Saturday the 22nd at 7pm, the shows are all ages but each person in attendance does have to have their own ticket regardless of age. The tickets start at $39.50 and are available as of yesterday for purchase on Ticketmaster or you can head to the July Calendar on the Balboa Theater website and click on “buy online” underneath the showtime you want. Also at Balboa Theater, The Adventure Zone Podcast is also going to be hosting a live show on Friday July 21st at 10pm. The Adventure Zone is a popular comedy show based upon D&D and the live show is always a hit during the convention. You can purchase tickets for the live show of The Adventure Zone on Ticketmaster for $32.50 before fees. They also will be doing a second live recording on Saturday the 22nd of My Brother, My Brother and Me and those tickets are also up for grabs via Ticketmaster. Love both the orchestra and Legends of Zelda? Then you’ll need to snag tickets to this Zelda themed concert event. Friday July 21st from 8pm to 10pm the San Diego Symphony Orchestra will be playing an entire Legends Of Zelda performance at the Civic Theater. Tickets range from $40-$80 before fees and the tickets are available for purchase on Ticketmaster. No SDCC badge is required for these off-site showings! It’s also worth noting that with Mystery Science Theater 3k and The Adventure Zone both hitting up Balboa Theater, Chris Hardwick and The Nerdist have announced that they will NOT be doing either “Nerdist Podcast Live” or his stand-up show at SDCC 2017.

Digital LA is going to have another SDCC party, free to attend but you do have to register ahead of time and it’s a first come first served on capacity limits. Saturday the 22nd, somewhere in the Gas Lamp (if you register you’ll be given the information) no SDCC badge is required but you do have to be 21+ to get in. They’ll have photo ops, free swag and more.  Another great party opportunity is the 4th Annual Ghostbusters Mass Hysteria Fan Party! For the 4th year Ghostbusters fans at SDCC will be taking over Warewolf Bar in the Gas Lamp for their annual get together and party. Starting at 10am on Friday the 21st the event is free and all ages until 9pm where it turns into 21 and over. Entry is first come first served based upon capacity and no SDCC badge is required to join in on the fun. For more information, head over to the official Facebook event page and let them know you’re interested in attending.

The Her Universe Fashion Show is heading back to SDCC this summer for their 4th annual event. The popular Her Universe clothing line, Hot Topic, and Blondie Girl Productions are bringing this popular event back to SDCC on Thursday July 20th. This annual event allows for new and budding designers the chance to show off their latest creations inspired by their favorite fandoms. Amateur designers are able to submit pieces for entry and then winners get to show off their beautiful pieces in this live fashion show. It will be at The Manchester Grand Hyatt Hotel and is free to attend. To stay up to date on the event follow their official website.

Finally, there will be a “Women in Comics” event with a special tribute for Carrie Fisher happening in the Gas Lamp the Saturday of SDCC. Free to attend, this special event will be happening Saturday July 22nd from 6pm to 10pm at Iron First Brewing San Diego. This art event will be honoring women in comics and dedicating a special tribute to Carrie Fisher. Keep up to date and let them know you’re interested by checking out the official Facebook event page. 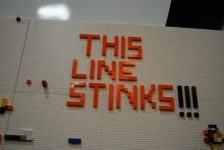 And now, for my “Pro-Tip” of the week! Learn to love the lines, okay maybe not love the lines, but start practicing your patience for lines now. SDCC is also known as “line-con” there will be a line for just about anything you want to do. Need to use the bathroom? Line. Grabbing a quick snack from somewhere nearby? Line. Grabbing a morning coffee? Even if you’ve placed the order with your mobile app it’s still probably going to be upwards of a half hour wait depending on when you order. Just to put things into perspective, last year I was in the overnight line and at about 3am needed to use the restroom inside. I had to leave the line I was in, to stand in another line just outside the doors to the building, to stand in another line once I was in the building, to going back to being in line outside overnight. The bigger and more popular an event is, the longer you’ll have to wait in a line. This not only includes panels, purchasing exclusives and autograph lotteries/wristbands, but also the off-site events, restaurants in the area, waiting for enough space to be on a free shuttle or trolley, and even using the water fountains. If you don’t go into this convention expecting to stand in lines for hours, you will be highly disappointed and frustrated when you get there and realize you will spend hours in lines for things. So you might not love the lines, but learning how to be patient while in a line and realizing now that there will be lots and lots of standing in different lines, will help you to have a more enjoyable experience overall.

Heading to San Diego Comic-Con this summer? Let us know in a comment! We’d love to meet you there!

Stay connected: Follow @ThreeIfBySpace on Twitter and for all the latest on San Diego Comic-Con follow me (@CONtessa_966), too! Find us at the convention this July and say hello!