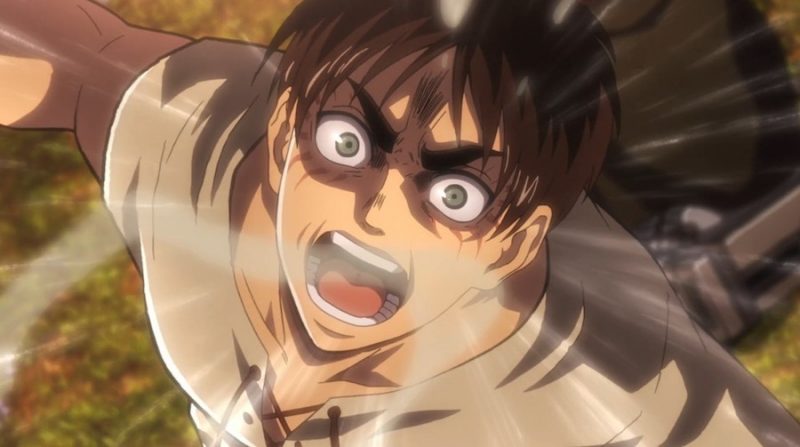 After the first season of Attack On Titan made waves in western markets, it finally returns. After a very long wait for a second season fans were excited and upset. The second season was only 12 episodes, compared to the 25 episode first season. However, unlike the long wait for season 2, season 3 is just around the corner, with a set release date of July 2018. With more than enough manga material to work with, fans are getting excited due to the story area we are getting into. Season 2 was just released by Funimation Blu-ray and DVD, so lets review season 2.

Let’s get the obvious out of the way, spoilers below. Also, we love comments, but do not spoil the story by revealing things that haven’t happened in the anime yet.

Eren Jaeger swore to wipe out every last Titan, but in a battle for his life he wound up becoming the thing he hates most. With his new powers, he fights for humanity’s freedom facing the monsters that threaten his home. After a bittersweet victory against the Female Titan, Eren finds no time to rest—a horde of Titans is approaching Wall Rose and the battle for humanity continues!

As always, I want to remind the readers that I have not read ahead in the manga. So I only know what has been shown in the anime. The long wait for season 2 was worth it, even with the shorter season. While the season did move slower than the first season as far as overall progression of our characters goals, a lot was revealed. There are Titans inside but no wall has been breached, so where did they come from? We find out. 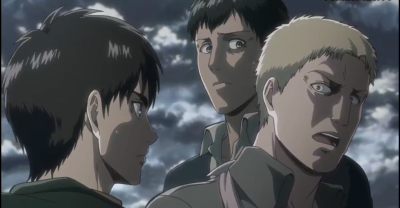 We finally learn who the armored and colossus are. There are far more like Eren and Annie then we could have imagined. As the back story begins to unfold we find ourselves in an interesting situation. We start to question who the bad guys are in this situation but also who is orchestrating all of this. Christa is extremely important to both sides, the pastor reveals. Yet, the one thing that everyone is looking for, the one thing the Titan’s want most, Eren has, unbeknownst to him. It isn’t until he unleashes it in the final episode that he finally understands.

The second season was very slow in overall progression for the scouts. However, it was the perfect setup with back story and reveals to prepare us for season 3. The introduction of the Beast Titan right from the start, a titan who can speak, gave everyone another shock. This is something the series has been great at. Long back story explanation is not for everyone and some might find it tedious. However, for me, given the complex story and mystery going on, it is needed.

Of course I would have loved to get double the episodes, like season 1. However, Doing it this way means we get new seasons must faster than our previously long wait. Season 2 just ended in June and season 3 is set to air July 2018. Although the hype can be a bit over the top for the series, not all of it is without merit. Attack On Titan has been a huge hit in the US, and the love of the series seems to be continuing.

I would give season 2 a B+. It was a slow season progression wise and not a lot was accomplished. However, the back story and reveals that did occur were shocking and interesting. They also help set up what I expect will be a crazy season 3 this July. You can pickup your copy over at Amazon today.

On top of the standard DVD/Blu-ray combo release, Funimation released a limited edition version of Attack On Titan Season 2. The limited edition comes in a chipboard box, revealing a titan hidden in the wall. In-between the blu-ray and dvd cases is a 2-Panel Digibook with 24 pages of art and character information. Finally a 60-page art box from WIT Studios is also included. 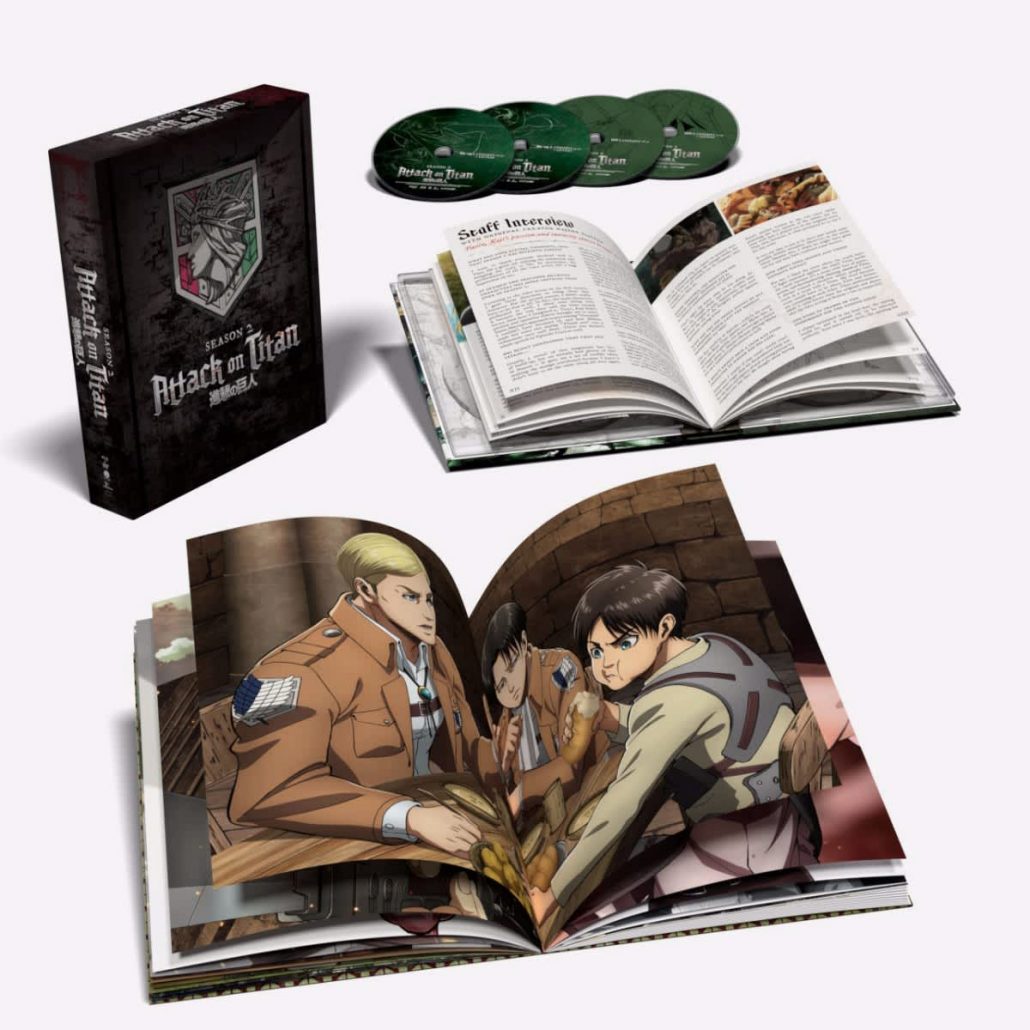