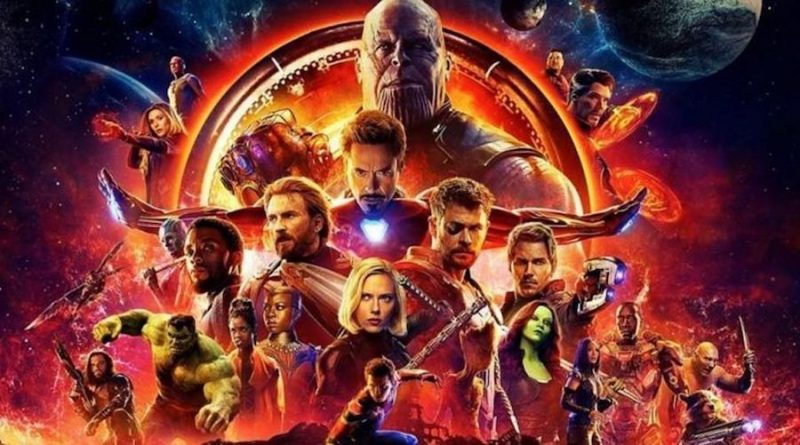 Infinity War is the moment we’ve all been waiting for.  Every single midnight showing, every marathon, every movie since 2008, has been for this.  The company as a whole has worked so hard to get to this point and meticulous planning went into bringing together what is Infinity War.  To say expectations were high is definitely an understatement; expectations were astronomical!  There was a lot riding on Infinity War, so how did it stack up? 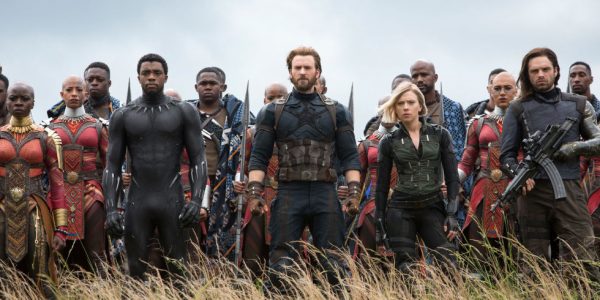 I really really wanted to write a spoiler free review, however to be able to fully get my feelings out onto the page for you, dear readers, I think I’m going to have to break that.  Please be aware that from here on out there will be spoilers.

Where to start.  So right away we get hit with a lot of sadness.  All of Asgard is gone, which we knew from the events of Ragnarok.  We also know, from post credit goodness, that Thanos came upon the Asgardian ship and all hell broke loose.  The aftermath is shocking and where many people thought I would cry I did not!  I have to admit though, the reason I didn’t is because I swear to you that I saw two bodies in the Rainbow Bridge.  Maybe that was wishful thinking that Loki was just playing tricks and projecting himself.  Then again pretty much everything that happened in this movie in inconsequential, but maybe his death is real.  I don’t want to believe it though! 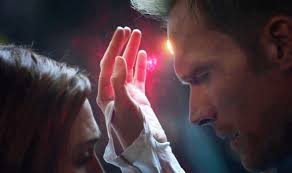 I feel like a major theme for this movie was sacrifice one for millions.  It was prevalent everywhere, though I feel that Scarlet Witch and Vision were the main focus of this.  Let me quip a bit.  I don’t know why, but both of their characters just bothered me this time around.  I feel like Vision was bland and had no real rhyme or reason other than just being like “please sacrifice me” and that Scarlet Witch, though she does hold her own in the fight scene, was there to be like “no, my love!”  It just wasn’t endearing.  It was a love story that wasn’t really necessary?  I don’t know.  She did prove herself in the end when she actually did what she was supposed to do, nonetheless it was all for nothing in the long run!

Wakanda played such an important role in such a short amount of time.  Not only was it the sanctuary for the mission to save Vision, but it also was the salvation for the Avengers, sort of.  It was awesome to see almost everyone together, but I really wish that we had everyone fighting side by side.  I know that it’s going to happen in part two, why is it so far away?!  It’s going to be fun finally seeing everyone side-by-side and taking on Thanos.  I sure hope they have that huge climactic fight scene at least.  I don’t think they’re going to let us down!

They also better give more attention to Captain America and Black Widow, who were definitely used as filler for the fight scene.  I’m still not a fan of the Hulk/Black Widow love story, but I think they’re going to use her to bring him into Hulk mode again.  It was funny that Hulk refused to come out to play.  Banner having to hit himself and fight with himself made his role that much better in this movie.  Plus, Banner wielding the Hulk Buster was amazing!  So much good stuff!  I really can’t wait for part two! 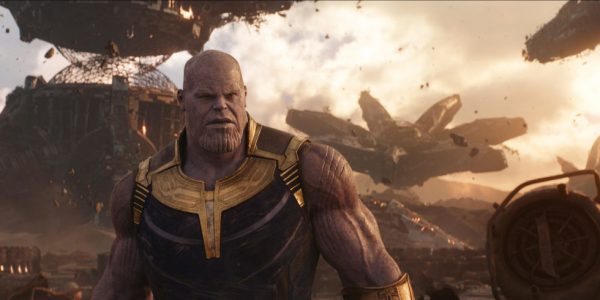 YES! Thanos absolutely freaking rocked it.  This was absolutely Marvel’s greatest villain to date.  He had such a strong story; you understood his motivation every moment of the movie and never had a doubt what his end goal was.  He was ruthless, but they never shied away from the fact that he also had a heart.  The way that he manipulated everyone without any regard was just pure evil.  Though, he really was almost the hero of the story.  I’m not saying that making half of the universe disappear is a good thing, I’m just saying that he got his way in the end and you could tell that he was finally at peace.

I know people are kind of annoyed that his motives aren’t like the comics, but c’mon, they haven’t even introduced Death yet so it genuinely wouldn’t make sense.  Of course, Gamora.  That part actually made me cry.  I did not think that he was capable of love and in the end he proved that he truly did love Gamora.  Not to mention the fact that Thanos actually cried, what! 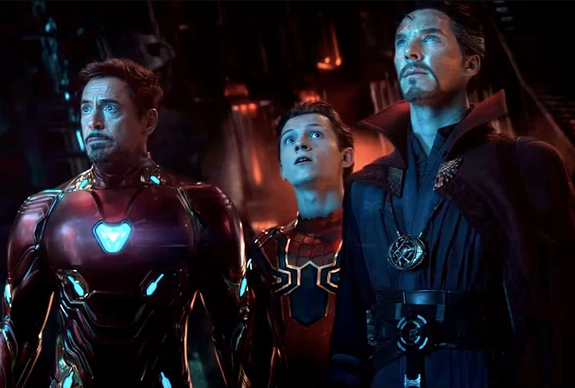 Moving on to My Next Point.

What the hell Quill?!  The fight scene on Titan was incredible, but Quill had to go and ruin everything they had worked for!  I can’t help but be angry at how out of character that was for him.  He acted on impulse.  It was frustrating that they were so close, literally at the tips of Thanos’ fingers, and Quill did that.  Even when he was angry at his father he still held some restraint and thought things through.  I know that they had to do that for story’s sake, but I wish they had gone about it differently.  Going back to that fight scene, how cool was that?! Seeing that group come together and truly kick ass was incredible.  I was giddy the whole time, until the whole Quill thing, but yeah.

I loved how Tony and Peter worked together throughout Infinity War.  They had such fun banter and adding Strange’s humor to it felt complete.  It was like they were looking after Peter, but he also decided it was time to come out and shine!  He was the one that almost got the gauntlet off!  I have never been a big Spiderman fan, but Tom Holland has changed my mind about that.  He makes Spidey feel so real and so much fun, especially because they aren’t trying to make him act older than he is.  He’s still a teenager that geeks out over new things and doesn’t really have great social skills when it comes to adults! 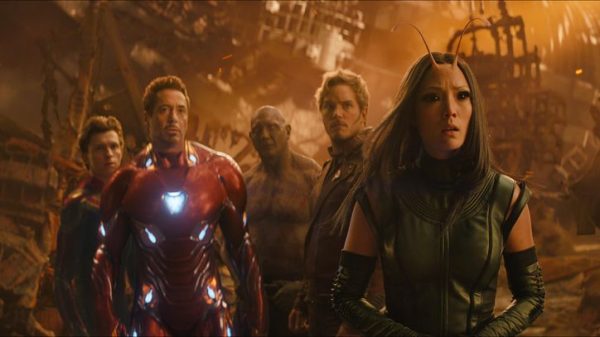 There’s really too much to talk about to make a succinct review for Infinity War: some of my other favorite moments included every interaction the Guardians had with anyone.  They continue to be my favorite group out of every group.  Thor and Groot and Rocket all working together and Teenager Groot was absolutely hilarious.  Oh my gosh, Stormbreaker!  (Maybe we’ll see Beta Ray Bill in part two?) I loved that Groot decided to sacrifice his arm for Thor, it was so heartfelt!  The Peter Dinkalge cameo was a bit much in my opinion,  I know why he was there and that it was a fun cameo, but meh.  I was hoping for Ant-Man and Hawkeye to make an appearance too; I understand their reasoning for not having Ant-Man.  Hawkeye though, I don’t know.  They better be in part two!

All in all, Avengers: Infinity War was a great film.  It felt like the storm hit and did not hold back.  Every movie has led up to this and you could see the planning that went into it.  The Russo brothers spared no expense and truly gave it their all.  If this was part one I genuinely cannot wait for part two, what’s it going to bring?!  Who is really dead and who is not?  What does the future of the universe look like!  How will Captain Marvel play into this!  Is it May 2019 yet?!