It has truly been one hell of a season.  Trying to go back and think of all of the major things that happened will take a bit of time, but there will be a recap article as well.  We’re on a roller coaster and the ride isn’t over yet.  True to the nature of season four this episode literally went out with a bang.  There were a lot of questions answered, but so many just arose I don’t know where to begin.  Let’s get into the nitty gritty of the Gotham Season Finale, shall we?

They say that cats have nine lives, but what about our dear Selina?  I was trying to think of past instances in the Batman lore where Selina has been shot, and the biggest one I can pinpoint is (duh) Batman Returns.  This could be the beginning of the true transformation into Catwoman.  She has already grown up so much this season.  She really did come into her own as a player in Gotham, she has the Sirens and Bruce on her side so she could really become an unstoppable force.  Where will she go from here and what is the major plan for her in the finale?  She was just a pawn in Ra’s overall plan to mold Bruce, so I’m really excited to see her step up to the plate next season. 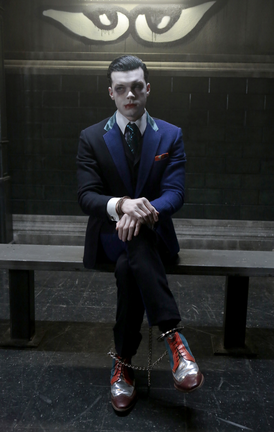 Oh, wow.  So, Ra’s and Jeremiah teaming up was chilling.  The pure evil that both of them embody combined?  Damn.  Jeremiah was so willing to fall in line with him though, I imagine that Ra’s offered him something grand to join him.  Or maybe, just fulfilling his desire to crush Gotham was enough to bring him onboard.  Also, was Ra’s offer to Barbara real?  I’m definitely curious, but I guess we will never know.  Or will we?  Death is never permanent in Gotham and Ra’s has risen from the exact same wound before so who knows.

What does Ra’s death mean for the Demon’s Head?  Did it fully return to Barbara?  Did Bruce get part of it?  Or, and hear me out, what if that’s what Ra’s gave to Jeremiah in exchange for his service? That would be absolutely terrifying though, holy crap.  Think about Jeremiah with all of that unchecked power.  Also, Ra’s had to know that his “death” would be necessary for Bruce to become the Dark Knight.  Just food for thought. 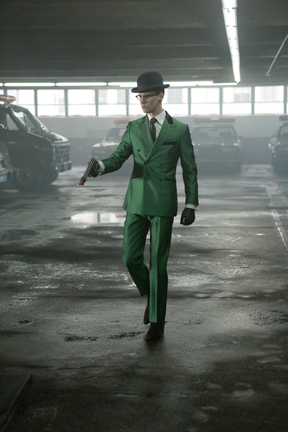 Lee, Lee is an ever changing conundrum in this series.  It’s hard to tell who she truly is anymore, because she is really all over the place.  I can’t really say how I feel about her anymore.  I used to think she was one of my favorite characters but because of the fact she’s so hard to figure out it’s a bit frustrating.  What is her end goal?  I understand that she loves the Narrows and for some reason she’s dedicated her life to it, but what the hell for?  It just doesn’t make sense, but maybe they’re leading up to something major for her.  I was really hoping she’d team up with the Sirens, but it doesn’t seem likely anymore.  I don’t know.

Oh yeah and the annoying, who will she choose question.  Who cares!  She doesn’t need to choose either of them in my opinion.  Though it was bizarre that after she and Nygma stabbed each other they kissed.  I guess that may be an indication of how crazy she’s become?  Now that they’re both in Strange’s hands things will change?  Maybe Strange will make her something crazy!  The best part about a character that isn’t set in lore is that there is literally no limit to what they can do to her! 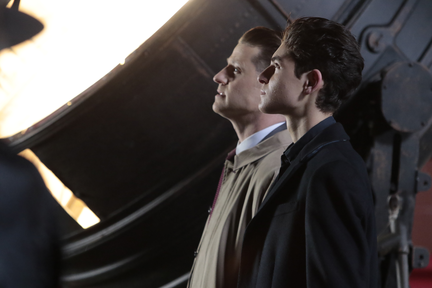 We are left with such uncertainty for the season to come.  Gotham has cleared out leaving only the riffraff and gangs.  Gotham has truly become the Gotham we know and love!  The greatest part about that is now Bruce can truly become the Bruce we know and love.  The spot light at the end gave me chills!!  I loved how they introduced that, because it really is starting to all come together.  Watching Bruce and Jeremiah feed off of each other and begin their journey as Batman and Joker was another huge moment.  They’ve gone that way this whole season but it was really solidified when Jeremiah said that they are nothing without the other.  They are the yin and yang of Gotham and ushering in this new era Bruce will really start to realize it. 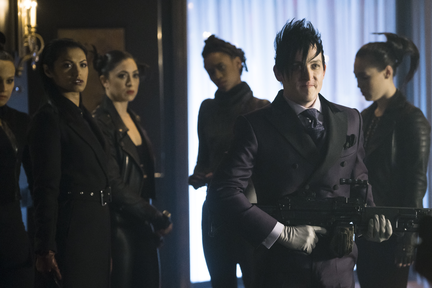 I love Oswald Cobblepot.  Yes, I know, I have said it before and I’ll say it again.  He is truly truly the greatest villain.  He has literally been planning this revenge for two, or more, years!  I’m sure he did not know exactly how he was going to enact it, but man once he figured it out he really went all out.  What more can to do to Tabitha to hurt her?  He can go after the Sirens, but I know he’s not dumb enough to do that.  It doesn’t seem likely that he’ll ever get back to being the King of Gotham but I think finally getting revenge on Tabitha might be just as grand to him.  I really can’t wait to see how they’re going to finish his Gotham chapter though.

So many new questions!  What the hell was that Bat Lady?!  Was that little boy who was axing that dead guy Martin? Where is Sofia in all of this mess?  Did she get transported outside of Gotham or is she in Arkham?  How will she return after being in a coma?  With each of the factions vying for land in Gotham what fresh Hell is going to break loose?  That’s how you know that season finale did it’s job, it left me wanting more!  We have what feels like forever left until we can get answers, no official date has been set, and I know that it can’t come fast enough.  Overall, season four was the best season of Gotham and  season 5 will be just as intense and exciting!  Find us on Twitter, Facebook, and subscribe to our Newsletter for updates on Gotham’s return!

Comic-Con@Home has a slew of amazing panels and as always Warner Bros is at the forefront of those! These two panels are going to be re...

END_OF_DOCUMENT_TOKEN_TO_BE_REPLACED

Adapting Comics To The Screen: An Interview – SDCC

For more than 25 years, David S. Goyer's has delivered prolific and profound adaptations of comic-book characters and remains at the fo...

END_OF_DOCUMENT_TOKEN_TO_BE_REPLACED

Holy Smokes! Amongst the many exciting things happening at San Diego Comic Con this year, Batman Beyond turned 20! With this comes the...

END_OF_DOCUMENT_TOKEN_TO_BE_REPLACED

Batman Turns 80 This is an exciting year for the Bat himself and Batman fans alike! AT&T and DC are teaming up to bring an excitin...

END_OF_DOCUMENT_TOKEN_TO_BE_REPLACED

Burn It All Gotham has returned. The last season of my favorite show has begun and I genuinely do not know how to feel. I am excited, ...

END_OF_DOCUMENT_TOKEN_TO_BE_REPLACED

This year’s big crossover event is in full swing and it comes in three parts! The first two were featured as episodes of The Flash and ...

END_OF_DOCUMENT_TOKEN_TO_BE_REPLACED

Krypton’s Season Finale “The Phantom Zone” Will Blow You Away!

WOW! If that isn't a season finale I don't know what is! "The Phantom Zone" was non-stop the whole time!  I am so glad I decided to st...

END_OF_DOCUMENT_TOKEN_TO_BE_REPLACED

FOX Renews Gotham for Its Fifth and Final Season!

Gotham Renewed! After waiting with bated breath we have finally received news of Gotham's renewal!  There's a catch though, it appears...

END_OF_DOCUMENT_TOKEN_TO_BE_REPLACED

Wow, What A Reunion! They are really packing a lot into these episodes. "Reunion" was no different!  Every single minute has something...

END_OF_DOCUMENT_TOKEN_TO_BE_REPLACED

Welcome! To part 2 of my Mid-Season premier ranting and raving, if you haven't read part 1 do so here! I discuss Ivy and Bruce, Easte...

END_OF_DOCUMENT_TOKEN_TO_BE_REPLACED

Happy! I am the Future – Preview

Fresh off a Season 2 Renewal announcement - Happy! is back tonight for its' Season One finale. Damn am I happy to know that this isn't ...