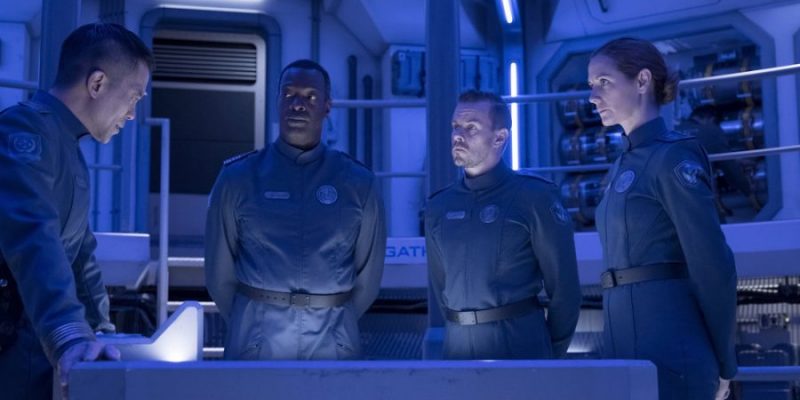 The Expanse: Hybrids Fly As ‘The Work’ Nears Completion — Review

What exactly is “the work?” While feeling sorry for the rapid development of the protomolecule in Katoa and the pain he is undergoing in the process, he did spit out a little bit of a tease, Golum-like. Linked as he is to the protomolecule collective consciousness, he told Dr. Strickland and Jules-Pierre Mao that “the work” was nearing completion.

For all that went on in episode 5 of “The Expanse,” perhaps the most intriguing aspect was just what was “the work” that was nearing completion on Venus? As Mao noted, the Protomolecule has a purpose. But what is it? Are Earth, Mars and The Belt about to face a formidable new alien force that will alter the whole dynamic of their little universe? Sounded ominous as Katoa bit off the words through the pain during the episode “Triple Point.”

It’s hard not to see the reaction of Strickland and Mao as endemic to the whole protomolecule issue. Everyone should be terrified of this new entity, but man’s lust for wealth, power, and influence has blinded them to the fear that should unite them all. What happened on Venus should have been the wake-up call. But it wasn’t.

For my money, it’s a useful reminder that the pursuit of power and gain often clouds the judgement of those in pursuit of it. Holden and his shipmates understood the threat early on and though their attempt to limit its influence within their sphere was ultimately undone by those very same greedy and corrupt entities, at least they tried to act on that very sensible fear. And their initial instincts were dead-on. 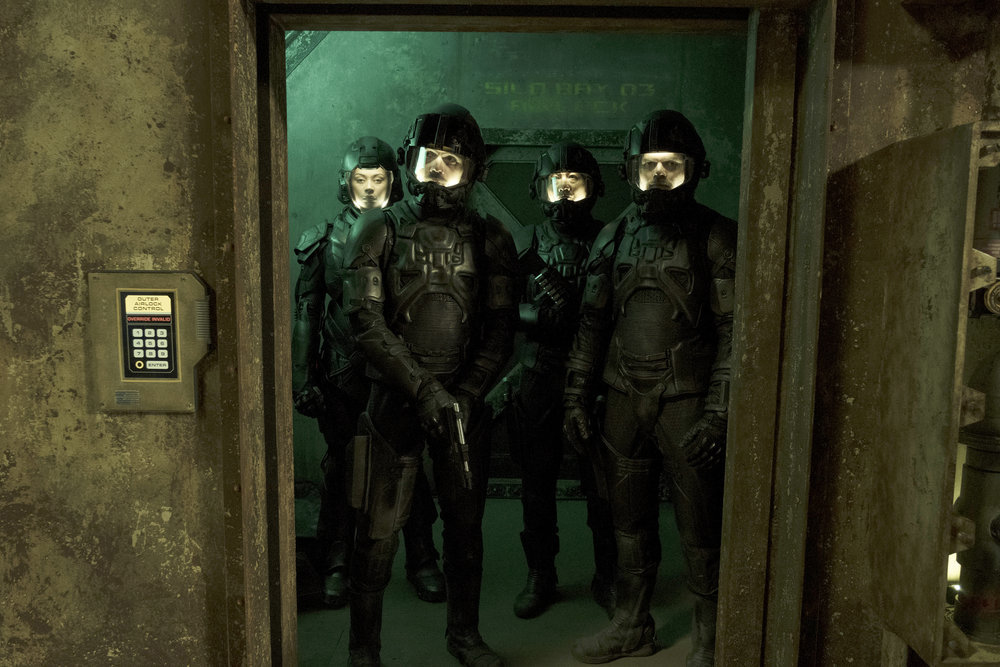 Isn’t it fascinating that no one knows what the protomolecule is or how to harness and use it, but so many are transfixed on the potential they think it offers them. They can’t see beyond that word — potential — when that potential should terrify them. But they all want it because they think it will give them leverage, a “seat at the table.” Short-sighted, indeed. Even Chrisjen admitted her desire to go to IO, and to keep Holden from “nuking” the place, was designed to get a sample. In the end, the protomolecule is like a disease and it’s spreading. Very interesting how it’s all playing out, isn’t it? The protomolecule is the “one ring” in this world of “The Expanse.”

While “the work” goes on at Venus, the protomolecule hybrids were launched by Admiral Nguyen, whom I’m having a hard time working up any positive feelings for. I thought the attempted coup aboard the Agatha King was a bit clumsily done by Admiral Souther and his subordinates from the outset, which as we saw led to a bit of a firefight within the CIC and then within the Earth fleet. I don’t know, if you’re gonna wrest power from a formidable adversary like Nguyen, maybe you round up a little more firepower when you make your move? Sad to see all the “good guys” go down and Nguyen still breathing.

So where are those hybrids headed? I thought initially they were going to the Agatha King for transport, but upon launch they split up — so where are they headed? To Mars? The Martian navy around IO? To predetermined targets throughout the galaxy? It was hard not to feel sorry for Holden, Amos and the gang as they were just a few steps short of a potential stoppage of the whole event, but ended up observing their worst fears coming true. Fortunately, they have a chance to perhaps save Mei from a Katoa-like fate. So, perhaps a positive in the end? 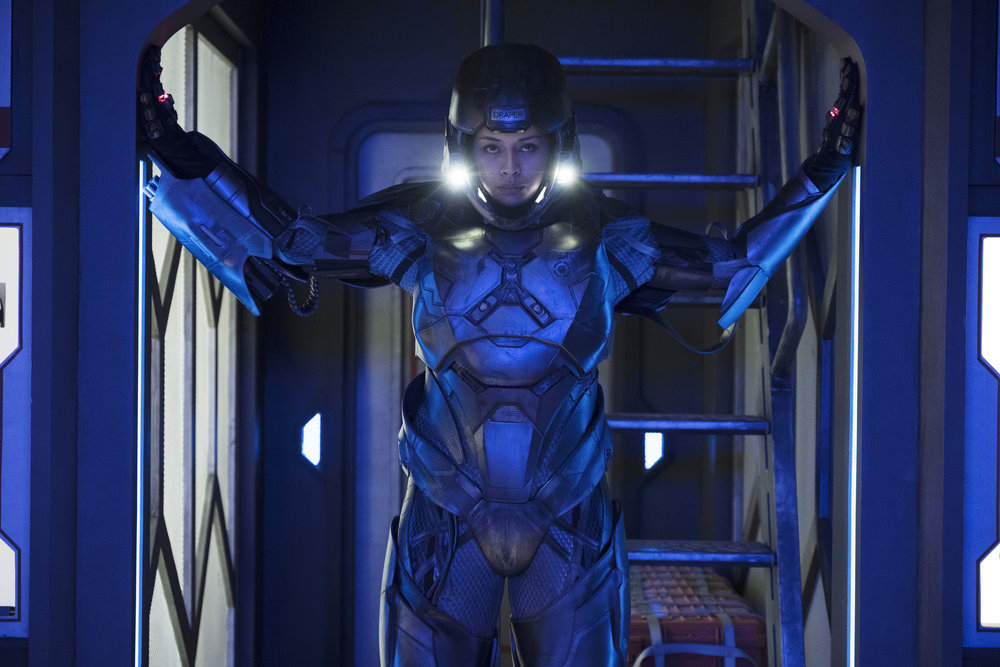 The Katoa transformation, while intriguing and informative (although answers continue to come with more questions), was also sad to watch. It gets even more dire when picturing little Mei going through the same torment, right?

I found it interesting to note the change in Prax Meng as the Rocinante headed toward IO. There’s a steely resolve in those eyes, the kind of look a man has when he’s made up his mind how he’s going to face whatever lies ahead, a resolve to do what needs to be done. You could see that look when he was going through shooting practice with Amos. And you could see that Amos sensed there’s been a change in his newfound friend.

It should be very interesting to see what happens if and when Prax comes face-to-face with his daughter. Hopefully she won’t be infected, but if she is — can he put her down? Steeling yourself for the worst-case scenario is one thing; coming face-to-face with it is quite another. My preference is that Prax finds himself eyeball-to-eyeball with Dr. Strickland and takes a little “me time” vengeance out on the good doctor. Hey, a fan can dream, right?

In fact, this episode had a lot of interesting silent moments that told stories on their own. Prax, Chrisjen, Amos, Holden, Bobbie and Alex all had little “interludes” where they said nothing, but through their eyes you could see the wheels turning. In some ways, this episode felt a little like the precursor to some very big changes. We shall see what comes of all of that non-verbal communication, but you could feel a sense of differing emotions with much of the crew as they prepared the IO excursion. 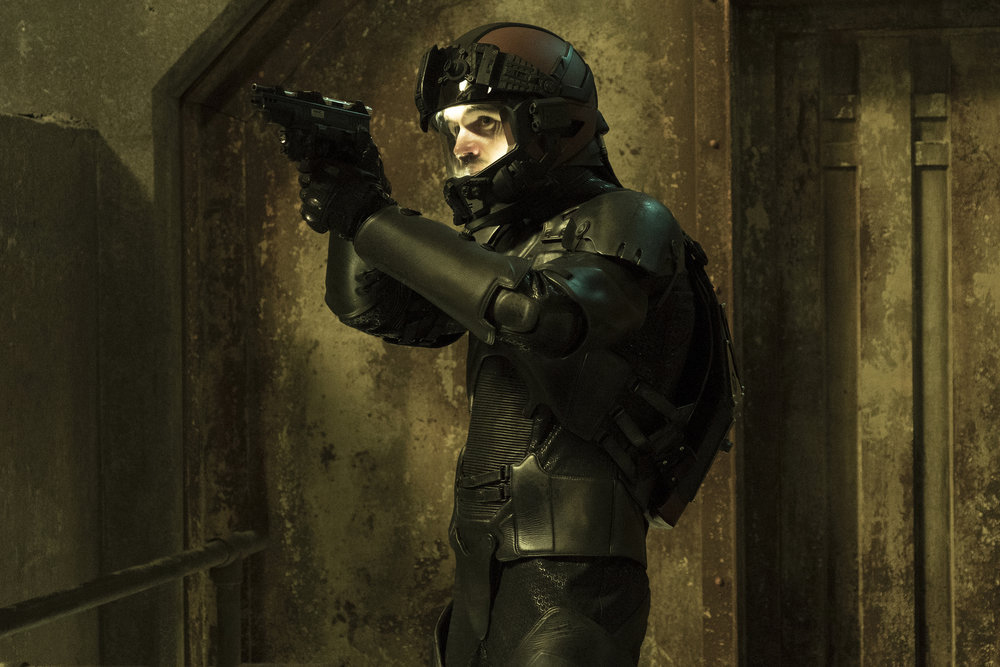 And building on that, hasn’t Alex been the center of some pretty emotional vids home. The one from his son was simply a killer story arc that really jacked up the emotional frequency. Cas Anvar continues to handle those scenes with grace and emotional commitment. They are extremely well-done, but geez…they are killing me a bit. Talk about emotional eyes. Wow.

All that has transpired has to be frustrating for Holden, who worked so hard to eliminate and contain the protomolecule early on. As he looks to the stars now, he knows that the protomolecule is everywhere and the hybrids are out and could be turned loose in any number of ways. He was so close to keeping it under control and now it has to feel as if the battle has gone in the completely opposite direction.

It should be intriguing to see what happens with he and Naomi’s relationship moving forward. There have been little hints at the emotions he still has for her, but that bombshell she dropped about a previous child, and the pain that episode caused, certainly hit him squarely in that big heart he has. Honestly, I’m hoping Holden can catch a break or two the rest of the way. He’s a good guy trying to do the right thing that needs a break or two.

One last thing, and perhaps it’s the romantic in me, but I’m kind of readying myself for Bobbie to go one-on-one with a hybrid. Perhaps it’s payback for her squad’s annihilation at the hands of a hybrid earlier, or she just hears the call of battle in her Martian soul, but it’s pretty obvious our Ms. Draper wants a piece of a hybrid in a bad, bad way. For her, the hybrid is an enemy she can confront face-to-face. It’s not shadowy politicians or corrupt military leaders working behind the scenes. No, the hybrids are an enemy she now knows can be killed. Bobbie has kicked the tires and is ready to light the fires in battle. I’m hoping she gets that chance.

We’re five episodes into this season and the writing, acting and visuals have been compelling from the start. And we have barely delved into Venus and The Belt thus far, so there’s plenty of taut action still warming up in the bullpen. It’s probably just me, but I really did get a sense that this episode was a bit of a turning point, particularly with the hybrids off and flying. There’s no telling what they will be tasked with doing if they are loosed on this sphere, but perhaps what’s most important is what’s going on with Venus. This show just keeps giving and giving and that’s a testament to the people creating it. Onward.