They roar! They run! They trample Jeeps, eat people, tear off arms and legs, scare the living daylights out of little girls and  computer analysts! They’re the man-made dinos of Jurassic World, unleashed on more than just the explodo Isla Nublar.

Three years after a bunch of stupid, greedy people visited chaos, death, and Chris Pratt on a bunch of tourists gullible enough to believe that this was a safe idea, another bunch of stupid, greedy people have decided that it’s a good idea to rescue the dinos from the island, which is about to be completely destroyed by a huge volcano. Are they on a mission of mercy? Hoping to save the dinos for altruistic reasons? THINK AGAIN! No, this is a mission fueled by money, as so many bad ideas are.

As the volcano ramps up (think Hawaii on a MUCH larger scale), a team heads out to Isla Nublar – which is both on fire and in a horrendous rainstorm – to find the remains of the huge, man-created dino that died in the previous film, and bring back a DNA sample. This is never a good idea. After losing several team members to dino appetites, a new approach is needed. Jurassic Park’s late founder, John Hammond, has a clueless partner, Benjamin Lockwood (James Cromwell), who is extremely ill and obsessed with the memory of his dead daughter. He’s raising his granddaughter, the spunky young Maisie, from his sickbed, and has turned over his business to his protege, Eli Mills (Rafe Spall). 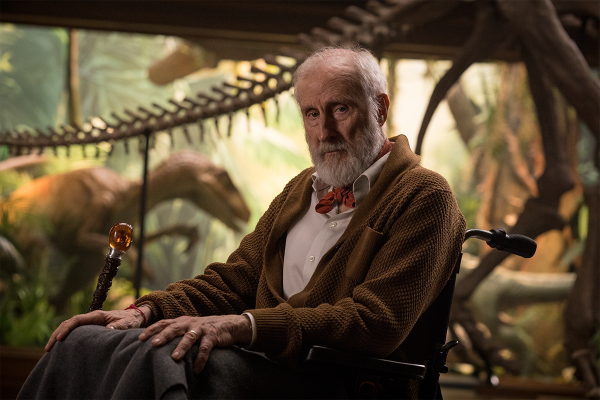 Mills contacts Claire Dearing (Bryce Dallas Howard), who barely saved her nephews in the last Jurassic World film, while running through the jungle in heels, and tells her that they need super wrangler Owen Grady (Chris Pratt) to help rescue super-smart dino Blue. Of course, the romance that bloomed between Claire and Owen over a danger appetizer has imploded; Owen is living in an RV and building a home looking over an amazing valley. Of course, he can’t resist the twin pulls of a broken heart and a lost pet, and agrees to join Claire, sassy  “paleoveterinarian” Zia, and scaredy cat systems analyst Franklin in a mission to transport as many of the doomed dinosaurs off of Isla Nublar to a supposed sanctuary in California. Ah, but the best-laid fake plans….

You may have heard that Jeff Goldblum makes a return to the Jurassic universe in this film.

Alas, this is not the Jeff Goldblum of happiness, and it’s barely a bit of ‘Blum. His cameo is a warning about the foolishness of thwarting the natural order of life, and butting in where nature doesn’t want us. And frankly, it could have been left in editing, except who doesn’t like even a little bit of Goldblum? 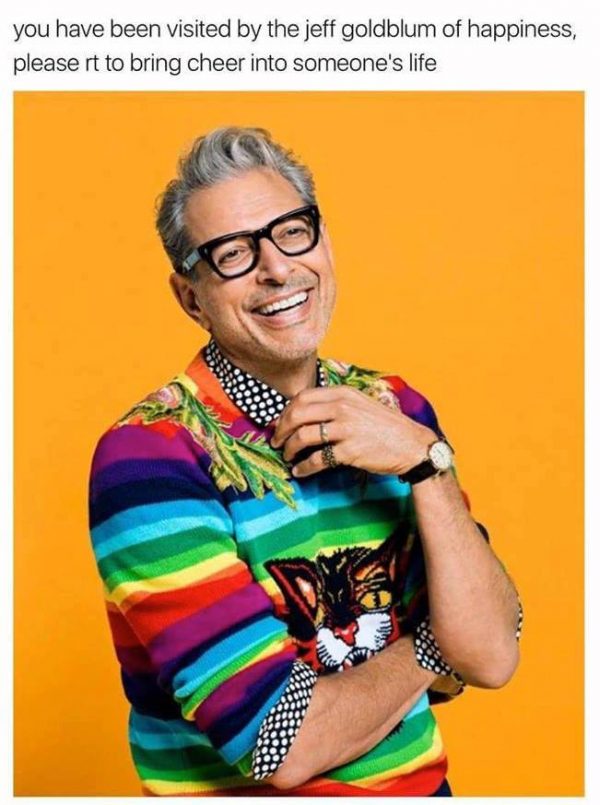 More importantly, who doesn’t like a large bit of Chris Pratt? My favorite microscene of the film occurs on the island, after Owen is shot full of animal tranquilizer and has to get his non-cooperating body parts as far away from the red-hot lava as possible. Chris Pratt is definitely great with the physical humor, and in this film, he’s squished and slimed. But Pratt is without doubt an action star, giving a terrific full-out performance (although there is one fairly lame fight sequence where it’s pretty obvious that it’s choreographed to a fault). 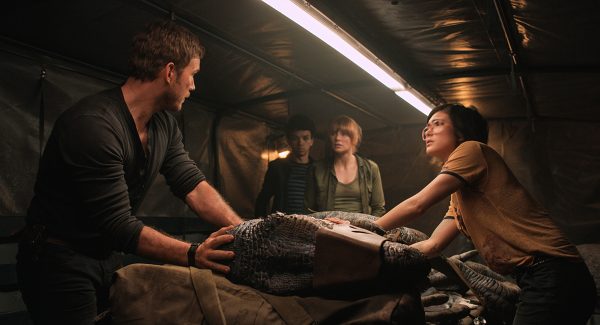 The hero of the film is young Maisie (Isabella Sermon), Lockwood’s granddaughter. Whether it’s subtly sassing her very proper British nanny (Geraldine Chaplin), running across the greenhouse roof, or throwing herself into the protection of Pratt’s strong arms, she’s smart, brave, and very much a kid. Maisie is ultimately responsible for the film’s final scenes, including that chilling scene (see the trailer below) of a giant monster gobbling surfers in the ocean. BUT…. there’s a major plot twist surrounding Maisie, barely mentioned, unexplored – and, with the complete loss of Isla Nublar, potentially important to any continuation of the franchise. But who knows whether it will be dropped? Who really is Maisie? There are so many ways this storyline could go in the future, but be sure to watch for the hints throughout the film. 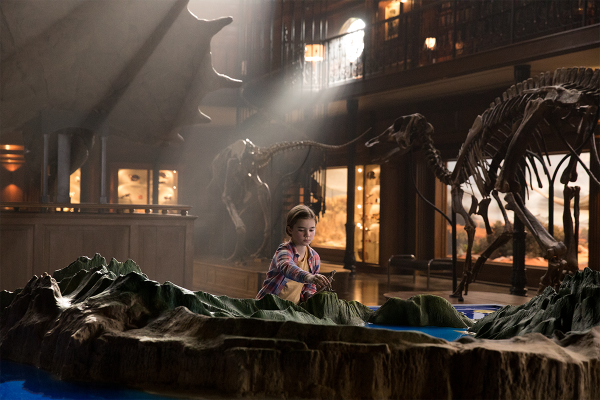 Yes, there are plot holes, scary Russians with bad accents, death and dismemberment, stereotypical villains. But what more do you expect from summer blockbusters? When they’re balanced out by Chris Pratt saving the day, screaming-like-a-little-girl computer geeks, smart as a whip little girls (and dinos), and Bryce Dallas Howard finally sporting appropriate footwear, it all works. This is what I’m willing to pay my $12 for (in 3D, nonetheless). 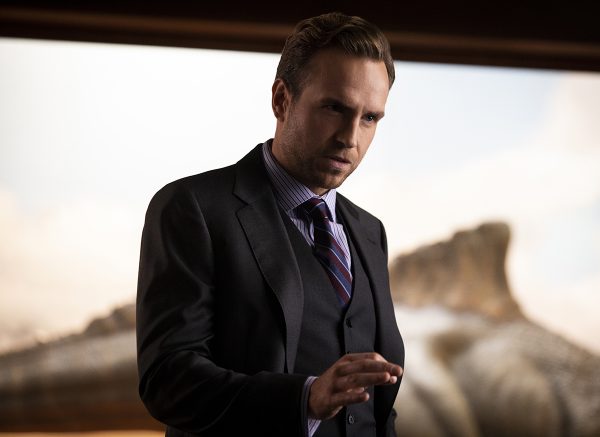 If you’ve been under a rock, here’s the trailer. (There’s another much longer trailer out there, but it basically shows the entire film. This one, honestly, doesn’t do the second half of the film justice – and maybe that’s for the best – let’s leave some surprises for the movie theater!)

Lots of games, photos, behind the scenes stuff at JurassicWorld.com!

Watch this behind the scenes video from the movie’s website: