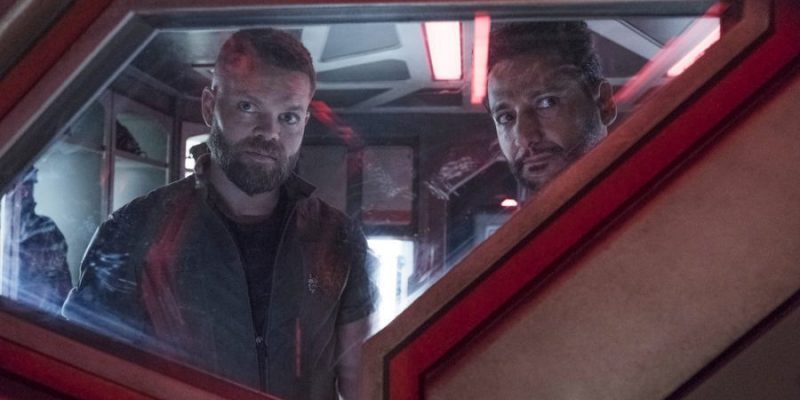 The Expanse: ‘Intransigence’ Takes Everyone Into The Ring – Review

After the action of the last few episodes of The Expanse, EP 309 put the brakes on a bit as the pieces were moved into place for the next phase of what has been a stellar season thus far. “Intransigence” delivered a little more information about what The Ring entailed as the Rocinante opened a door that the Martians, Belters and very soon the Earthers all put a foot through.

What transpires next should be very interesting, particularly given how the episode ended — with Holden going for a little space walk toward an object within the world that The Ring has created. It’s creepy, uncertain but wildly intriguing to ponder the possibilities.

Two things stood out to me in EP. 309. The first was that our Seung-Un saboteur, Melba, is actually the daughter of Jules-Pierre Mao. Boy, I didn’t see that coming. I assumed she was some OPA plant carrying out a Belter mission. But as it turned out, she’s got a fair amount of daddy and sister issues — she certainly didn’t see eye-to-eye with her sister, did she? In the end, finding out that her sole purpose was to destroy James Holden for laying her father low was a nice twist in the fabric of this tale. Hey Melba he made your dad get on his knees before Chrisjen Avasarala. It was glorious. 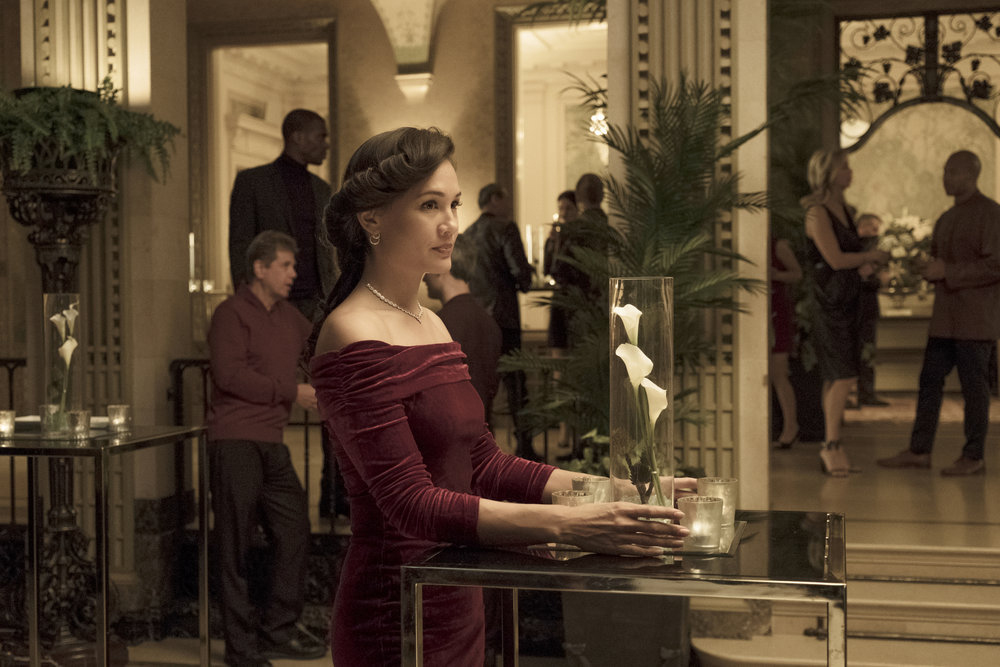 There’s little doubt that is one tormented lady. But, she’s obviously focused on her personal vendetta against Holden, so we’ll see how that unfolds. I’m curious about her “super strength,” and how that comes about. Is there a little protomolecule issue welling up inside her? It’s an interesting little twist with her, so let’s see if she pulls that Hulk vibe out again. It’s a tad sad in that her sister Julie told Melba that her father was damaged, but she couldn’t seem to see it. It’s obvious now that Melba is walking that same damaged path, all to make her daddy proud of her. I don’t sense good things in Melba’s future. Do you? I thought the flashbacks to set up the story of Melba were very well done. Some really great work here by Nadine Nichole as Melba.

Again, this episode had a slower pace, which allowed for some nice story building as we move forward. I so enjoy the interplay between Drummer, Naomi and Klaes Ashford. Drummer, in-particular, is a complex character that seems to be so much more than what we see on the surface. She’s a character that has seen a lot, been through much, and carries a bit of weight on those shoulders as she captains the Behemoth. She’s played superbly by Cara Gee with equal parts weariness and determination as she hopes to move the Belter cause forward.

I loved her impassioned speech aboard the Behemoth before taking it through The Ring. The bridge was rocking and rolling nicely as she voiced Belter passion to the crew, but you knew there was something in the air with Naomi when she didn’t join the chanting. 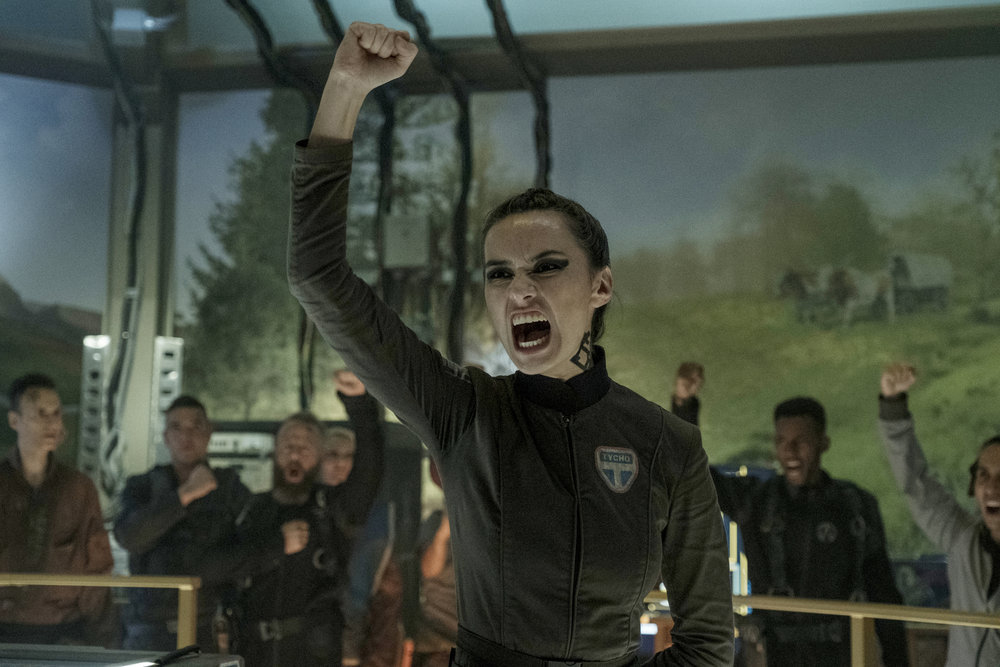 As it turned out, Klaes Ashford’s chat with Naomi in a deserted hallway about nostalgia’s effect on people was prophetic. As noted before, Ashford seems to notice everything and has a very developed intuition about people and situations. Perhaps he sensed Naomi wasn’t “all in.” Nostalgia had brought her to the Belters, but it wasn’t where she realized she needed to be. All that led to she and Drummer having a nice moment outside a transport ship that Naomi had hoped to quietly get aboard and use to get back to the Roci.

Again, Drummer demonstrated a depth of feeling and understanding that was surprising — it surprised Naomi. Drummer has every reason to be cynical and distant, but the spark of humanity that counts still resides within her. There was love and respect for each other in that moment and I thoroughly enjoyed it. At a time when there’s plenty of madness and opportunism floating around, the spark of decency and respect still flickers. Drummer and Naomi were that flame in that scene. I’m sorry to see that threesome break apart, but I think we all know Naomi was destined to rejoin the Roci. Given that Holden, Alex and Amos are in grave peril, the timing is fairly perfect. Funny how that works, eh?

So, Holden goes for a spacewalk on the advice of the suddenly-returned Miller. Looks like he’s headed to that little piece of rock (or whatever it is) that’s in the middle of The Ring’s sphere of influence. Obviously, the protomolecule has a hankering to communicate and has chosen Miller to enlist Holden in that task. It’s intriguing to imagine what the protomolecule may want. Are the tensions between Earth, Mars and the Belt about to be amplified by a new, formidable life form that’s plopped down in the middle of their animosity? 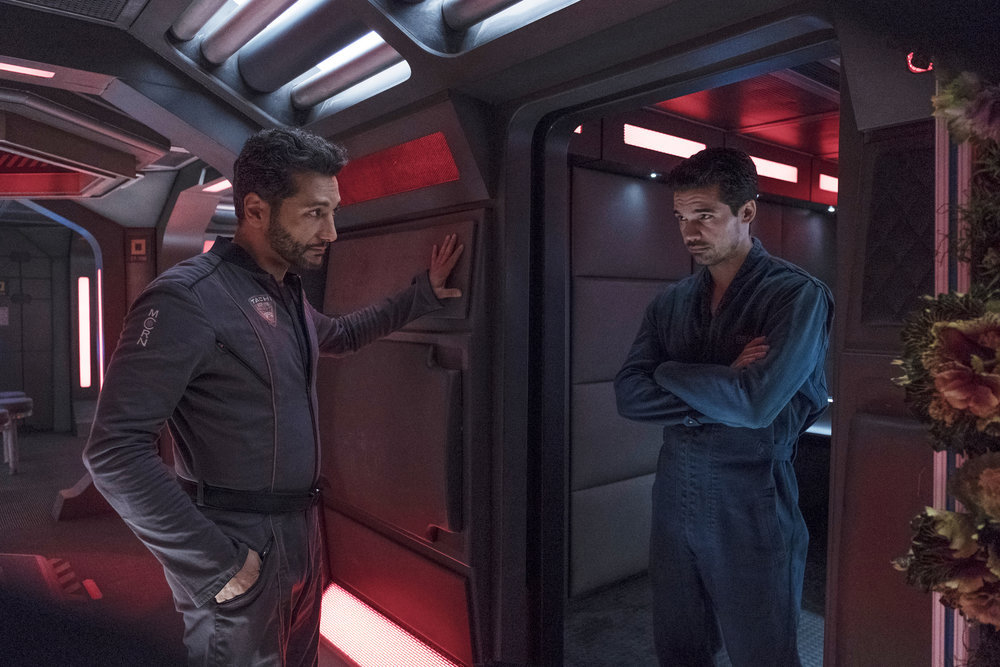 Will the intelligence that is the protomolecule drastically reshape the way everyone looks at each other as a new power emerges and flexes its muscle? Will it be peaceful and add positively to its new surroundings and the people that inhabit it? There are a lot of questions to be answered regarding the protomolecule and its intentions (or non-intentions?). It feels like the dynamics of everything are about to change — but how? And how does Holden figure into it (as well as the crew of the Rocinante)?

I had a fun moment when watching the episode when the Behemoth was about to enter The Ring. I hadn’t fully grasped how large The Ring was until it was scaled in comparison to the Behemoth. The Ring, in a word, is monstrous. What it is and what it wants are questions of equal size.

I’m also curious to know what part Anna will play within The Ring. She finagled a stay on the UNN Thomas Prince so she could be with the ship when it enters The Ring. “It’s the first miracle that’s happened in my lifetime,” she said at one point. “It changes everything and to be so close and turn away just seems wrong.” She’s certainly looking for something, perhaps a sign that God does play a part in all this, or just sci-fi curiosity is pushing her forward.

My gut is telling me she’s going to end up being an important component of whatever the protomolecule may have up its….er, sleeve. Otherwise, I struggle to see what she’s doing there and what her story arc may be within The Ring. However, with episodes to go, I’m sure we’ll find out. 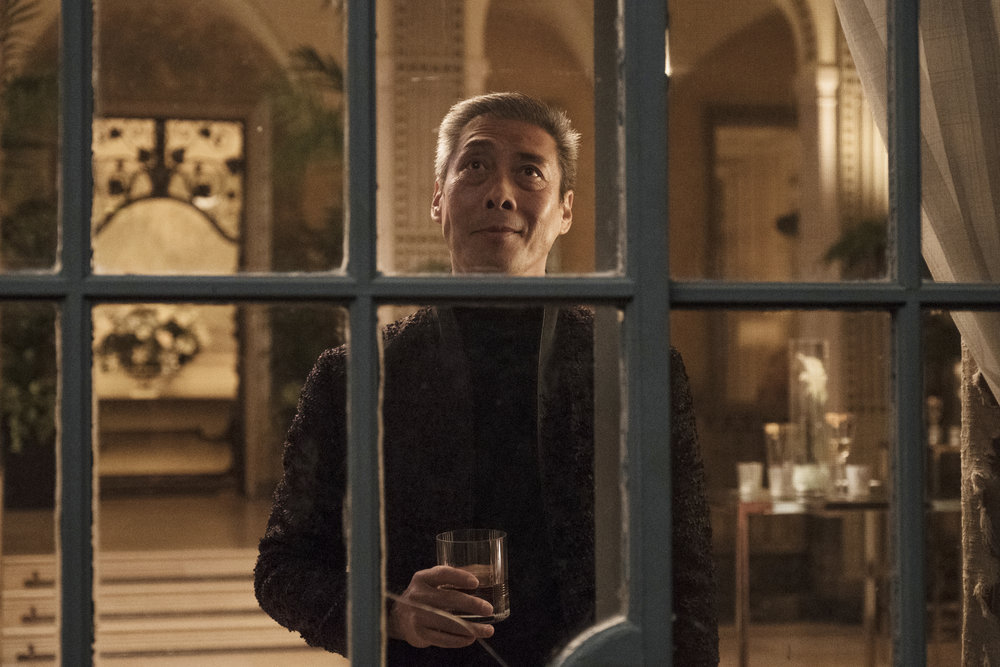 Of all that was developing in this episode, no scene stirred my heart and brought a bigger smile to my face than when Amos put 2 and 2 together to figure who had sabotaged the Rocinante and sent that false signal of Holden supporting the OPA’s terrorist act. His eyes got nice and wide and that meant our blind assistant producer, Cohen, had been caught. Personally, I thought there would be a little more “Amos delivers some pain” moments, but when it became clear Cohen was a handy dupe and that Monica, our erstwhile journalist, knew nothing, there wasn’t much to do with them. Cohen had simply followed instructions from a shadowy voice (Melba perhaps?) and done is foul deed.

I like it when Amos gets riled, but it didn’t last long. I am a big fan of Amos taking it upon himself (with Alex in cahoots) to send Cohen and Monica out the hatch to meet up with the Martian ship pursuing them. Amos demonstrating personal initiative is a good thing in my book. Again, a character that is growing nicely.

With communication down, perhaps that was the only way to get a message to a ship that Holden had been set up. Let’s hope Monica and Cohen do the right thing here. Interesting to note that Alex wasn’t exactly brimming with confidence that the two newsfolk would do the right thing. Honestly, I’m not either. I don’t think they enjoyed Amos the interrogator, even if it was mild-mannered. Monica seems a little too self-serving to not somehow twist the truth to make a better story. So, we shall see.

So everyone is now in The Ring — well, the Earth ship is about to enter — so that’s where the next phase of The Expanse will take us. It’s a place where going slow is vital to survival and making assumptions about what it all means could get you killed — because no one knows what it means.

There’s a wonderful veil of ignorance surrounding everything about this strange new world everyone is so anxious to get a look at. And that’s a fun backdrop to all the human drama that’s at play right now as well. What will Holden discover on that piece of rock? What is Melba’s next move against Holden? What part does Anna play within The Ring? The Belters claimed it, but will it be something they can keep? And can we get enough of Joe Miller? So many questions yet to be answered. But that’s why we keep coming back — the answers are so entertaining to get.