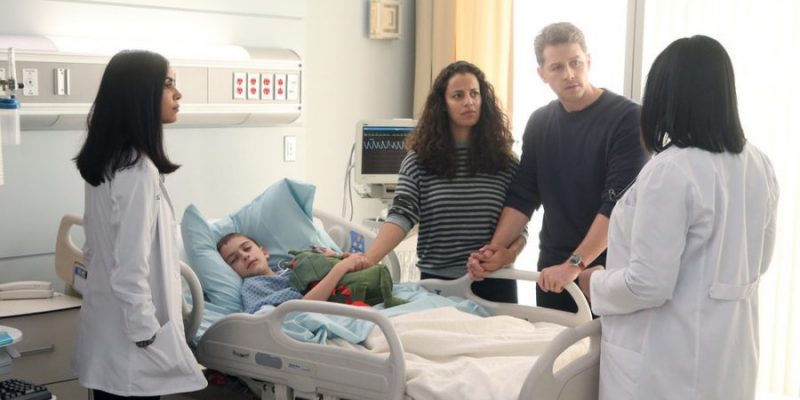 After a week off, we got back in the missing passengers saddle with “Manifest” episode 106, “Off Radar.” And while there was plenty of meat on the mystery bone in this one — Cal in the hospital, the Bulgarian search, relationship damage, black ops sites and a naughty giant corporation — perhaps the thing that stuck out to me the most was, perhaps, a little changing of one of the character’s perspectives.

I’ve been intrigued with the role that Director Vance has been playing in our tale since he first arrived on the scene, a seemingly classic government bureaucrat with suspicion on his mind and coldness in his heart. You know the type — cynical, suspicious, put duty before humanity, perpetually convinced that doing the wrong thing for the good of the country is fine.

To me, that’s been Director Vance from the outset, though I’ve always harbored this little sneaking suspicion that when people show up five-plus years later — all of them looking exactly the same and in the same clothing — that his spidey senses were tingling with a bit of curiosity.

My feeling after watching this episode is that, despite an eyebrow raised reaction to Ben’s visit, Director Vance’s eventual visit to the black ops site, and discovery of the bandage with fresh blood on it, has planted the seed of “mmm, that’s unexpectedly interesting” within him. I have to give props to actor Daryl Edwards and his work as Vance. He’s been sinister without being over-the-top, threatening without overt threats, and a presence to be wary of even when he’s not in the vicinity. In short, a cool customer. 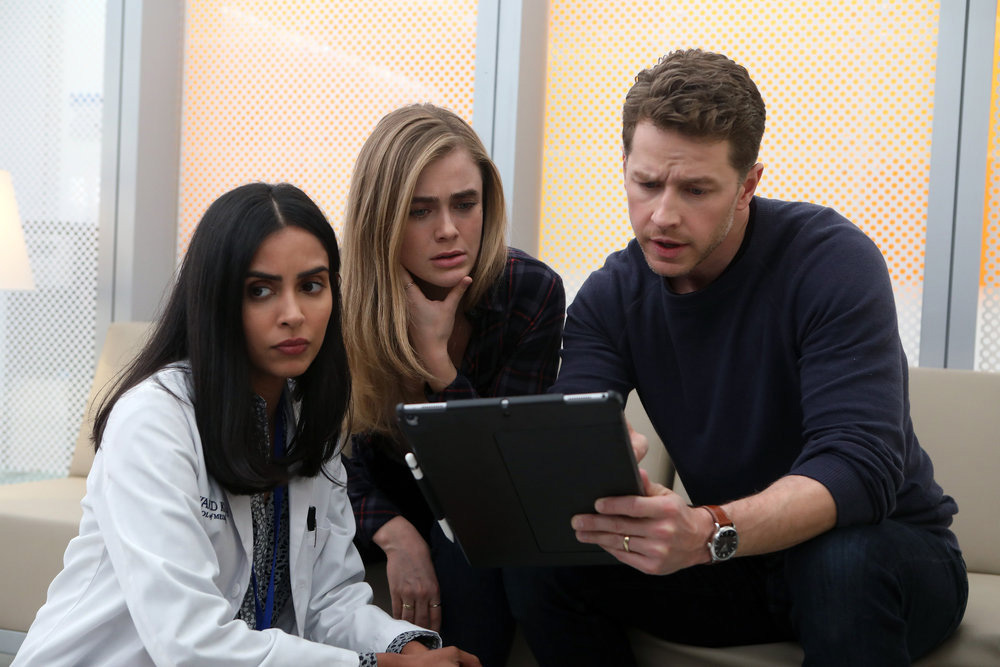 Edwards has really given us a character in Vance that would seem to be your typical government head, but also offered us a little hint that all may not be as cut-and-dried as we’d presumed. I felt a turning point for Vance in this episode. Oh sure, he’ll fight against the impulse, but I’m betting that little bloody bandage is something of a corner to be turned for our erstwhile director. Let’s face it, he knows something’s up, now he’s pretty sure it involves something shady — and it’s likely not good.

And that leads us to Unified Dynamic Systems. Sounds cold. Sounds dark. Sounds unfeelingly evil, doesn’t it? Well, maybe not as a whole, but we do know that an arm of this giant corporation has inserted itself into the story of our passengers, and not in a good way. There is experimentation and all sorts of bad stuff going on, including a telepathic link between our missing Bulgarian friend (who doesn’t look like he’s enjoying those electrodes/monitors hooked up to his head) and Cal, who has come down with a fever and…has learned to speak Bulgarian.

It’s a nice little vehicle for introducing us to, perhaps, the antagonist for this entire situation — UDS.

Ah, the dark and shadowy world of the giant corporation. Who knows what they are up to and at whose behest? Greedy tycoon billionaire searching for immortality? Research that changes humanity and (say it with me) ramp up profits? Or alien hosts with more than a little interest in this old world? I’m always going to be a fan of alien intervention, though I’m getting closer and closer to thinking that may not be likely in a show such as “Manifest” — though I hold out hope that its sci-fi street cred may yet be proven useful. 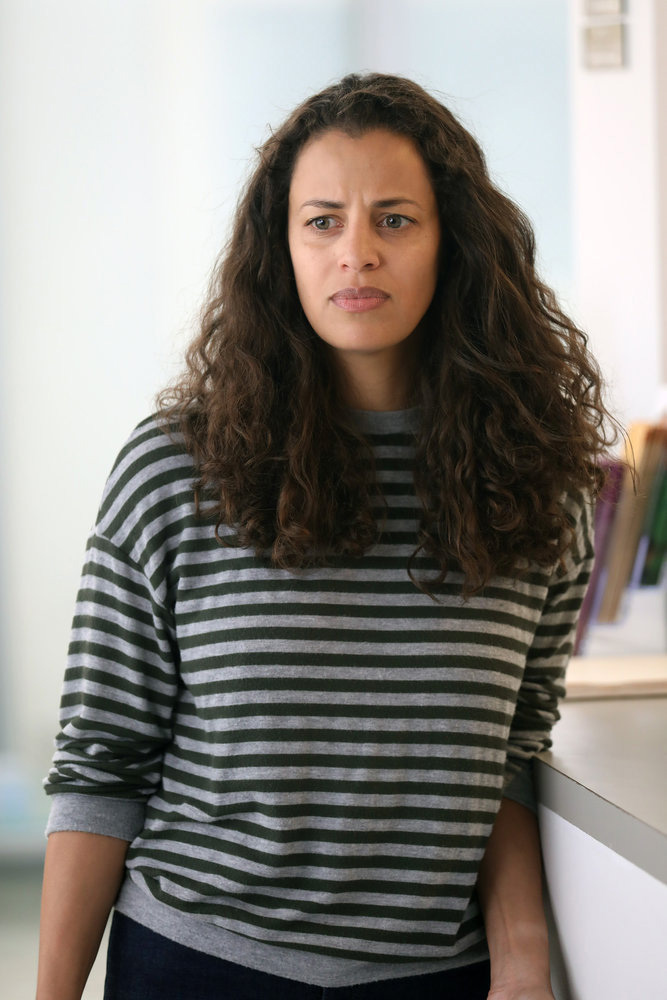 So what exactly is the end game for Unified Dynamic Systems and who is this “she” that was referenced? If you saw the previews for next week, we may get an answer to that. Regardless, the storyline has moved down the train tracks nicely, particularly during the last two episodes. And I find it fascinating that the relationship part of the show continues to morph week to week. I have to say that it’s no wonder Ben or Michaela haven’t just sat their significant others or friends down and told them “Hey, I’m hearing voices and see apparitions that are leading us to these things…and I’m not alone. We all are.”

I’ve been hoping for that little moment of truth since early on, but given the reaction of Grace and Jared when Ben and Michaela tried to broach the subject honestly, it would seem that the loved one’s first thought is “these people are on the crazy train.”

It’s an interesting continual thread about relationships — and how fragile they can become, that runs throughout this show. Grace is focused on Cal to the point of panic, yet Ben knows there’s more at play here than simply a boy with a fever and a sudden ability to speak Bulgarian. He knows, but in trying to explain it to Grace, she simply isn’t in a position emotionally or mentally to believe and embrace it. Ben has seen another side. Grace hasn’t. And that creates a logjam of emotions.

Michaela is dragging Jared into this game and though he doesn’t want to be part of it (particularly on the heels of her screwing him in the botched bust), but dragged in he is. Melissa Roxburgh and Jared Vasquez have really delivered good performances as the awkward former lovers who obviously still have feelings for each other, yet are trying to do the right thing. Unfortunately, as “The Calling” becomes more and more a part of the story, Jared is the only source of trust within the department Michaela can call on. Oh, he’s riding shotgun on this adventure. He just hasn’t given in to it completely yet. But he will (rubbing hands together fiendishly). 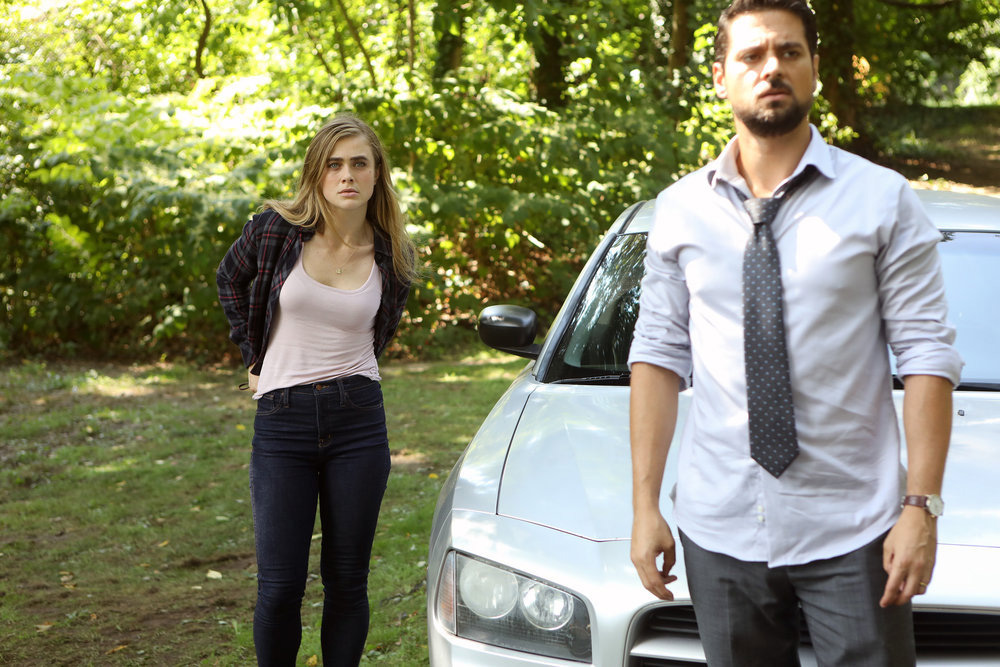 Like it or not, what’s happening is going to keep thrusting these two together and while that relationship works its way through all kinds of ups and downs, what about Jared’s marriage? Relationships in this show are taking a bit of a beating on an emotional level, don’t you think. I’d have liked to have seen Jared be a little more open to Michaela’s story about what she’s been going through, but I suppose the black ops guards coming to check them out may have moved things along too quickly. I gotta admit, though, I’d like to see Michaela find some joy. She needs a good, hard belly laugh. Something joyful for her, please.

I like Roxburgh and Vasquez together. I think they have a fun chemistry as they haltingly try to figure out what they are to each other. It’s clunky at times, but that’s why it works. It should be clunky. Well done you two.

I’m kind of wondering if we’re going to see more tension between Grace and Dr. Saanvi? I wasn’t a fan of the “I’m through with you” line Grace tossed in Saanvi’s face and wonder if she has a bit of jealousy roaming around inside her because of the effort and time spent on these passenger mysteries from her husband and the good doctor? Again, Saanvi and Ben understand that there’s more going on here than a simple fever. They see the clues coming together, the pieces of the puzzle falling slowly into place, the totality of what’s happening, and that’s a picture Grace isn’t capable of seeing. 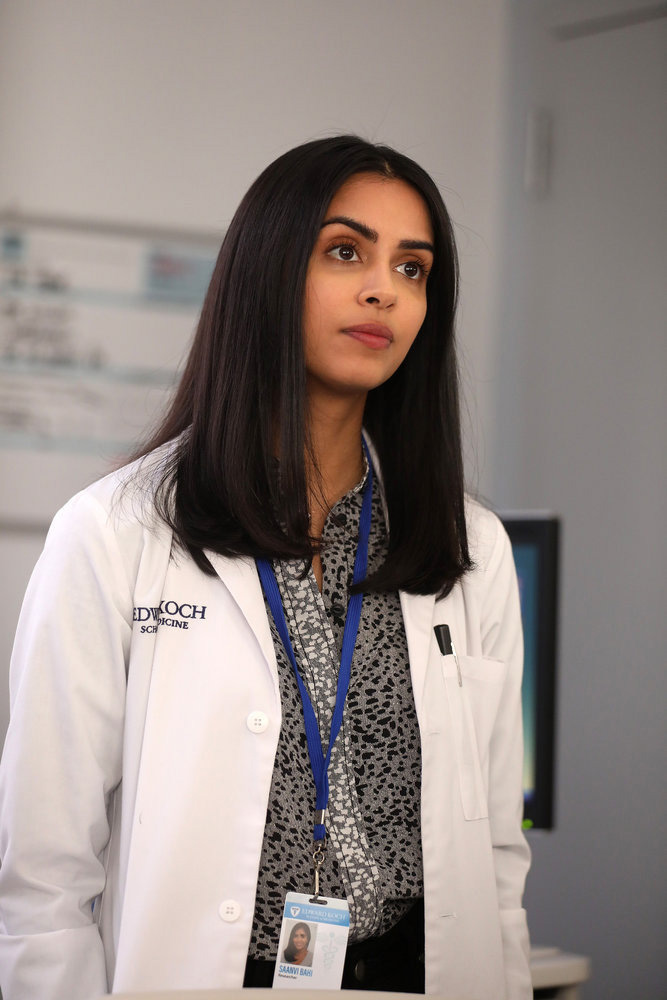 Ben and Saanvi share that bond and let’s be honest, it’s a powerful bond, which can’t feel good for a woman who lost her husband, found her new love, and now is torn between the two. Talk about trying to do the right thing, all the while your son has ice packs under his arms. Hard yes and certainly a situation that could lead to deeper feelings and fears expressing themselves. But let’s remember, no one puts Dr. Saanvi in the corner. I love the chemistry between Josh Dallas and Parveen Kaur as they maneuver Ben and Saanvi ever deeper into this twisting storyline.

The pair have a palpable excitement about the search, almost a glee when a new discovery is made. Let’s be honest, Ben is a bit of an information savant at this point and has certainly done a ton of legwork on the passengers and their histories. Saanvi clearly respects his work and has a deep-seated need to understand it all. It’s the scientist in her — finding that real-world explanation.

So we’ve got Ben as the whirling dervish on the computer information scene, Michaela slowly dragging Jared into her world, Cal with a far more involved situation regarding “The Calling,” Director Vance possibly rethinking his original suspicions, and a massive corporation who appears to have absconded with 11 passengers and is now doing who-knows-what to them. And that’s just the apparent tip of the iceberg.

I’m dying to see how and why Cal has been “chosen” as the vessel for more intense and personal contact with our Bulgarian? Cal developing telepathic powers, perhaps? And will Vance, Ben and Michaela eventually morph into a dynamic trio that hunts down those responsible (and exactly what were they responsible for? How’d they do that disappearing act?).

I said it two weeks ago and I’ll repeat it here, I think “Manifest” has found its storytelling legs here in the midway point of the first season. There’s mystery, there’s sci-fi, there’s drama and plenty of uncertainty about what it’s all about that makes you want to see more. Next week, we meet the “she” that was mentioned? Let’s hope the plot thickens deliciously during Ep. 107 because 106 did some very nice work all around.