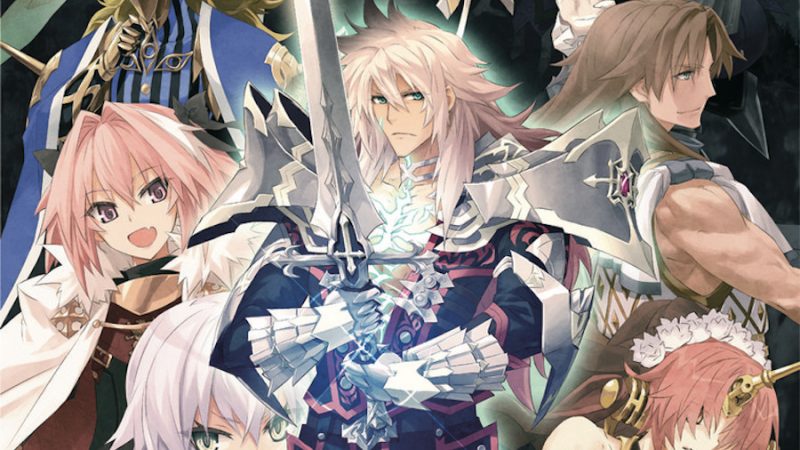 Fate/Apocrypha: The Black Faction seized the Greater Grail for the sake of the clan’s most earnest wish to symbolize its independence from the Mage’s Association. The Mage’s Association gathers the Red Faction in order to thwart such ambitions. Taking place in Trifas, Romania, the Great Holy Grail War that takes place between 14 Heroic Spirits summoned by the two factions transforms thanks to Shirou Kotomine, one of the Masters of the Red, who is also the Overseer for this Great War.

Fate/Apocrypha is a parallel world to the Fate/Stay timeline. Here the grail was stolen and went missing after the Third Holy Grail War. The group who took the grail suddenly reappear and declare they have it and separate from the Mage’s Association. Now the Great Holy Grail War begins as one side tries to take the grail back and restore order. While the other group, Yggdmillenia as other plans for it.

In this world, the grail has summoned a Ruler to oversee the grail war and act as a mediator. Jeanne d’Arc was summoned as Ruler. The main protagonist of the series is Sieg. He is a homunculus developed by Yggdmillenia to be nothing more than magic vessels for their use to drain and be on the front lines. However, he had different plans.

Ruler is of course shown as the same young girl that we saw in Fate/Stay at least in appearance. Though her story and history are that of Jeanne d’Arc, rather than King Arthur. We quickly learn the rules are not being followed when a second Ruler is found to be on scene, Shirou Kotomine.

The Fate franchise is confusing at the best of times. Multiple spins offs and time lines to keep you busy for months trying to make sense of it. Fate/Apocrypha’s formula is the same, however, so it does lend to a fun and exciting venture into history. Each servant is a new heroic spirit in history that we get to explore. All of them unique from those we experienced in the Fate/Stay timeline.

Fate/Apocrypha is another interesting and entertaining adventure into the Fate world and the Holy Grail War. We get to meet new characters that are not Shirou and Saber (King of Knights). While I do love those characters, its nice to see Sieg go out there an be more than his lot in life. Though Sieg does in many ways remind me a bit of Shirou. 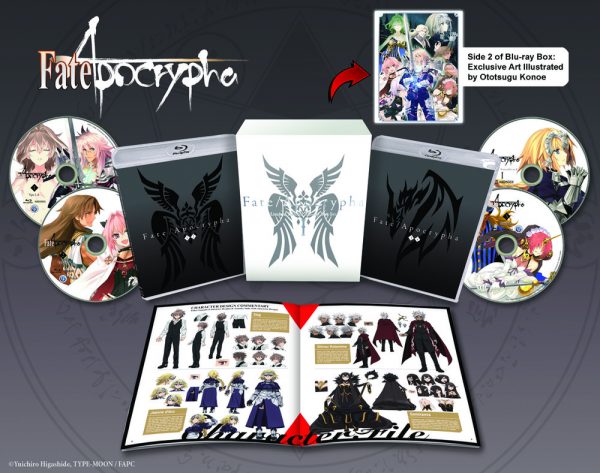 Fate/Apocrypha Box Set 1 includes the first 12 episodes of the series, an animation material booklet and the official soundtrack. The rigid box that houses the discs is illustrated by Ototsugu Konoe featuring the Ruler’s crest on one side and the character poster on the other.

The blu-ray set can be picked up at RightStuf or you can watch the series on Netflix as well. The price tag for Box Set 1 is a bit high at $119 but that price is pretty typical for titles from Aniplex. We suggest checking out the series on Netflix and if it satisfies your Fate sweet tooth, pick up your copy during one of RightStuf’s sales.