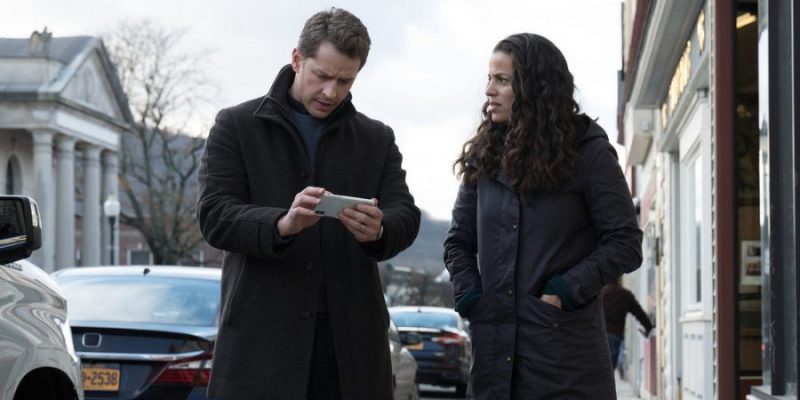 If nothing else, episode 112 of “Manifest” gave us a fun little twist in the “Cal is missing” storyline. As suspected, Cal wasn’t abducted, he took off. But why? Well, as it turns out, Cal’s foray into the woods of upstate New York delivered unto we, the viewers, a nice little zig in the story — another person who had lost a whole year of his life. Enter Zeke, the hearty hiker out on a two-week excursion who suddenly plopped through the door of the cabin Cal had been called to — a frosty popsicle passed out on the floor.

And as it turned out, Zeke’s two weeks had actually been a whole year. He had no idea that his time trapped in a cave, and the magazine story photo of Michaela Stone, would intersect into a lost year of his life. Cal, Michaela, Ben and and Grace now all bare witness to the fact that the passengers of 828 aren’t the only people who have lost time. This whole “dark lightning” thing may have much wider reach than we first suspected. Zeke would appear to be living (albeit freezing) proof of that. 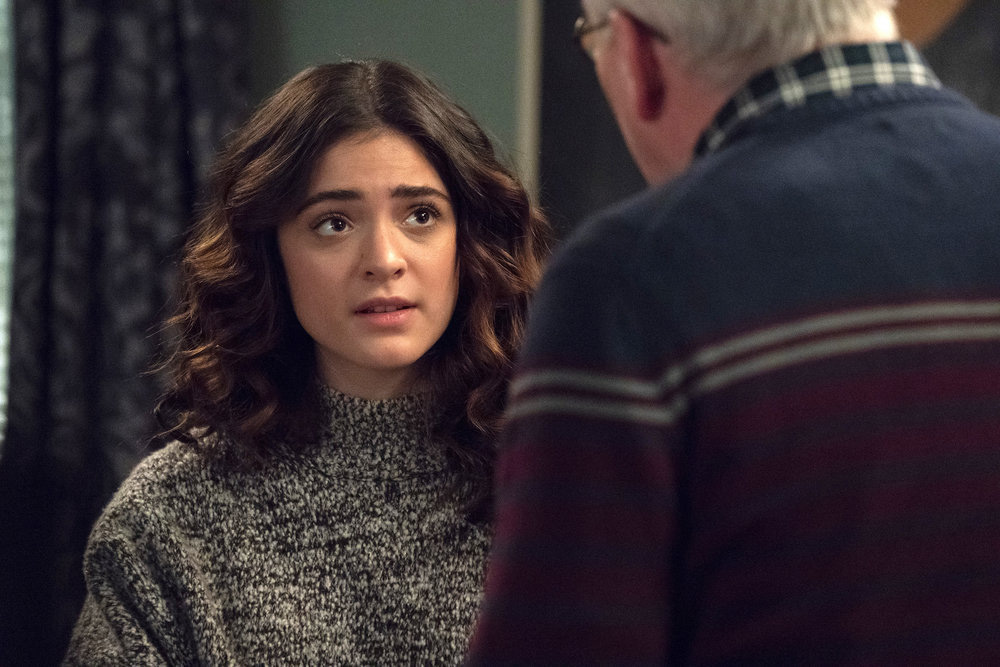 We also got our first look at “The Major,” as she appears to be settling nicely into a swanky condo in the Stone’s city. The classic shadowy government baddie, “The Major,” calls off pursuit of the Stones with a knowing smirk and that wonderfully arrogant air of confidence that there’s no need to pursue her quarry any longer, they’ll soon enough be back where she can easily get at them (cue sinister music and laughter). Still, nice to put a face to the title.

However, I think the appearance of Zeke and the realization that he’s experienced some time lapse as well will push season 1 of “Manifest” in a very different direction. Still, the overarching question is who or what is creating this condition? Is it man-made, natural or supernatural? The obvious answer would be man made given our shadowy government involvement, but perhaps that explanation is too easy, to readily apparent. I’m not so sure.

Episode 112 was dominated by the search for Cal and the drawn clues he left for his family to find. And Kudos to Olive (Luna Blaise) for getting a little more meat to chew on in this episode. She’s been kind of this periphery character for a while now, but her quick thinking and nimble knowledge of her relationship with Cal proved vital. She’s kind of been under-used in the last few episodes and I think that’s too bad because I think that sibling bond, that “feel” they have for each other, could have been a fun little wiggle in the story. 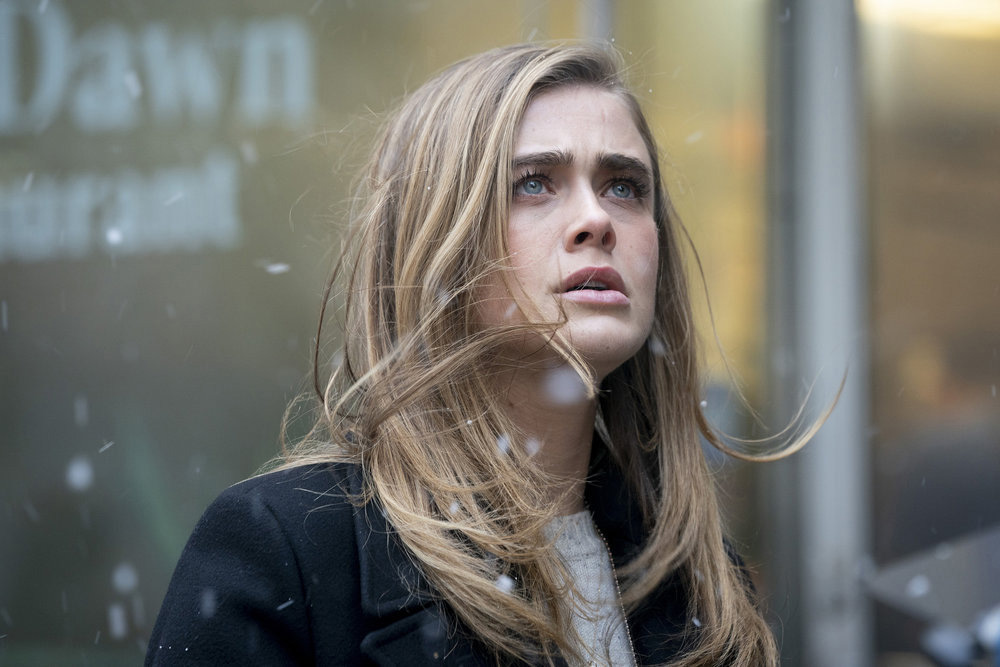 But I was glad to see Olive use her intuition and feel of her brother to find a key message that eventually sent Ben and Grace in the right direction.

Speaking of Ben and Grace, one of my pet peeves about this show is Ben’s lack of foresight in dealing with his family and the issues of being on Flight 828. He was so easily thrown off by the “they’ll think we’re crazy” and the “I’ve got to protect them” tropes that I found it irritating. Instead of sitting Grace down and explaining exactly what he, Cal and the other passengers were experiencing, he tried to dance around it even as his family unit was splintering.

He could have solved a lot of issues by having a sit-down with his wife (with Michaela in attendance to verify) and lay it all on the table. We need to eliminate the whole “I want to protect you even as I’m destroying our family” trope. It invariably leads to dumb misunderstandings or poor decisions by someone in the loop.

As we saw in this episode, that moment finally was forced on him by a still-confused Grace. And when he was done explaining what was going on with the passengers, particularly with Cal, Grace was all-in. She called him out on it, too, which I thought was right on. He splintered the family apart for some faux-noble reason, a reason Grace saw right through as ridiculous. 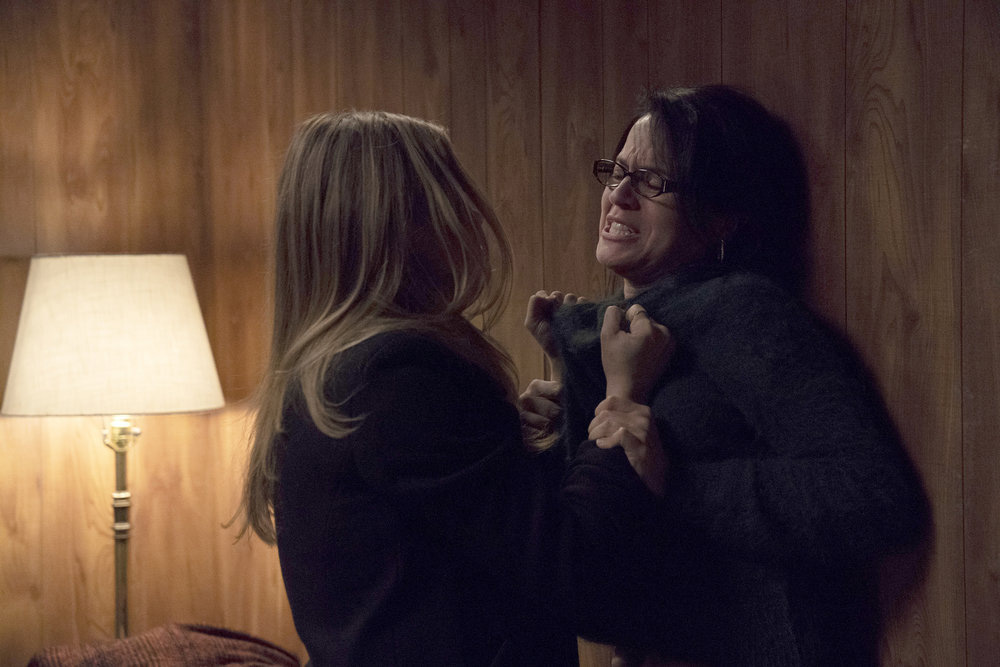 So now we’ve got the Stones on the same page, which makes the coming episodes very intriguing. Will they get back together as a couple? My guess is, barring a devastating occurrence, it’s likely.

In the midst of all this, and playing a bit of a role in the search for Cal, we had the Autumn Cox gambit. I found it satisfying to watch Michaela kick in the door and express a little of that frustration she’s been holding in (roll in the hay with Jared the exception) with a little physicality with Autumn. Then down to the “box” for a little sweating out of the details.

In the end, though, Autumn proved to be a sympathetic character caught in the web “The Major” is spinning in this show.

“The Major” dangled the chance to reconnect with her missing daughter (in foster care) as the carrot for Autumn to do her bidding. While it would be easy to dislike Autumn for her weakness and any damage she’d done to this point, her little switcheroo that sent “The Major’s” henchmen in the wrong direction was a nice touch. In the end, she decided to play the hand Michaela would deal her rather than trust “The Major” to keep her word when all was said and done. Now she takes her chances. God speed, Autumn Cox.

I think Michaela, as mad as she was at being played a bit by Autumn, came to understand the position this woman had been put in. On one level, Autumn’s red herring gave the Stones the time and freedom to eventually decipher the clues and find Cal. She came through when it counted. 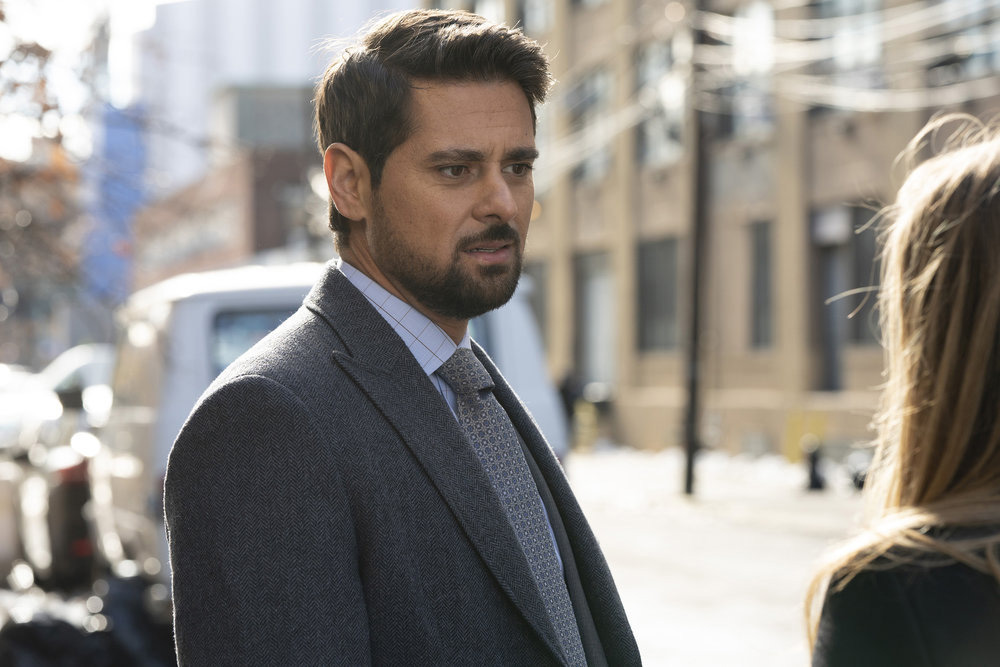 So, we’ve got Cal, Ben, Grace and Michaela holed up in an old cabin in the midst of the snowy woods – a defrosting and confused Zeke in their midst. Where do we go from here? If the sneak peeks for next week are any indication, the “event” that took five years of the passenger’s lives wasn’t confined to Montego Air 828. It looks like residual incidents occurred in other spots and Zeke was the recipient of one of those. Looks like he and Michaela will go charging off to the cave where it all went down.

It feels as though things are going to pick up speed as we head to the season finale. The effects and causes of dark lightning (Where are you, Captain Bill?) are still to be determined. The Major is now in play and settling in for a long stay, it looks like, so how does that play out?

Just what are the extend of Cal’s abilities at this point and how would they be exploited moving forward? Will Ben and Grace renew their marriage now that everything’s out on the table? And what of Jared and Michaela, will they again tip their toes in the soothing waters of passion? Are Danny and Lourdes out? There’s still much to be revealed and, I’m sure, more pain and confusion yet to come. But at least the Stones are finally on the same page. It was exhausting watching them screw up their relationship.