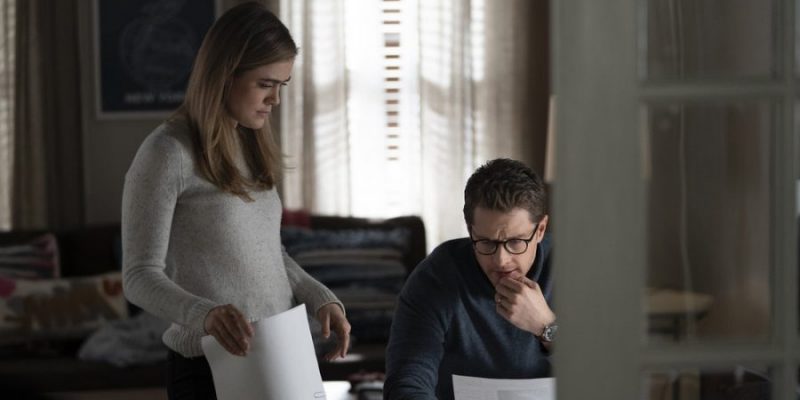 Well, we sort of knew this was coming, didn’t we? It didn’t seem like too big a stretch to think that Cal was either going to wander off or be taken at some point in the season’s latter parts. And that’s how things ended for episode 111, “Contrails.” But boy, what an interesting way to get there, right?

Personally, I enjoyed the story arc of Captain Bill Daly, the pilot who had obviously been in his own private hell since Flight 828 returned. And while most of this episode dealt with our good captain’s certainty that none of this was his fault and that there was a conspiracy at the center of it, the payoff for all that was a pair of disappearances — his (along with kidnap victim Dr. Fiona Clarke) and Cal’s.

Was Captain Bill really blown out of the sky or did he find what he was looking for? I’m going with the latter simply because his being shot down is too clean, too convenient.

Additionally, I noted the television report that cited a lack of debris from the plane the captain was flying. Curious, indeed. Perhaps even telling. 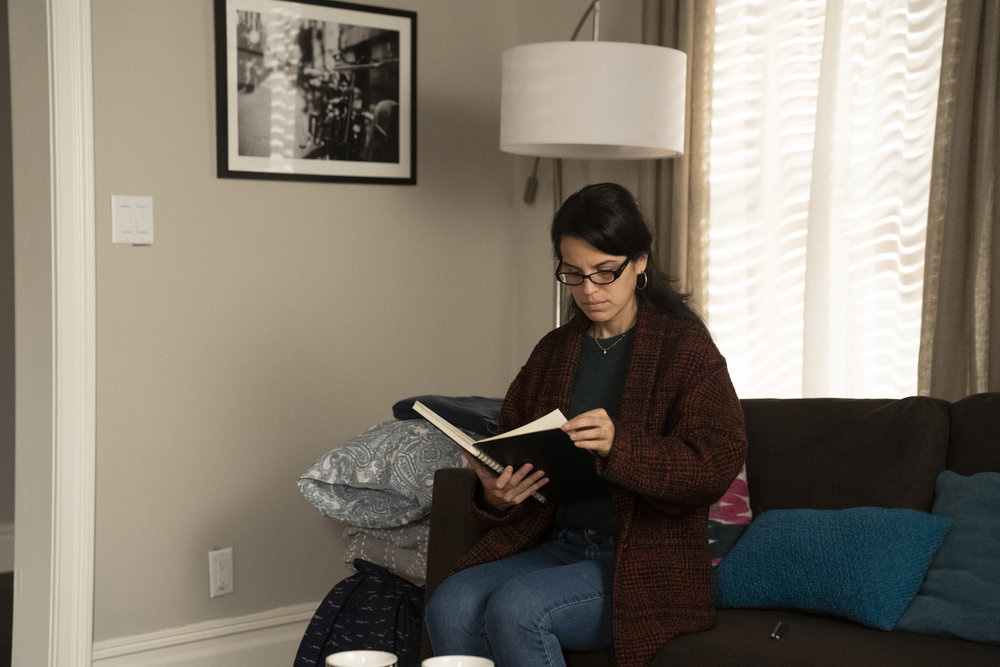 My personal feeling is that episode 111 is the tipping point that will launch us toward some interesting answers by season’s end. Cal’s connection to someone or something has been growing and the fact that he wasn’t in his bedroom when mom came looking wasn’t a surprise. Cal’s a key component, so my guess is that there are more than a few people/entities looking for him. While Cal seems to be a key component of all that’s happening post return, I can’t help but think Captain Bill may have discovered something, too.

So now we have the “dark lightning” theory to play with a bit. Frank Deal does a tremendous job of exposing the raw nerves of Captain Bill Daly as he’s obviously nearing the end of a very frayed rope. Deal’s work here is both delightful and excruciating as Daly’s life spirals out of control to the point where he feels he can only prove his innocence by replicating the conditions he faced aboard Flight 828 – and fly through this “dark lightning” once again.

And as he makes this journey, amateur sleuth Ben Stone hops on-board for the ride. And what a ride. We see the mountains of research and testimony that Daly has collected, much of it a lie. We meet the scientist who studied the phenomenon of dark lightning and was a witness to the strange storm Flight 828 flew through, who days after talking with Stone and Daly is found dead (This was no boating accident!). 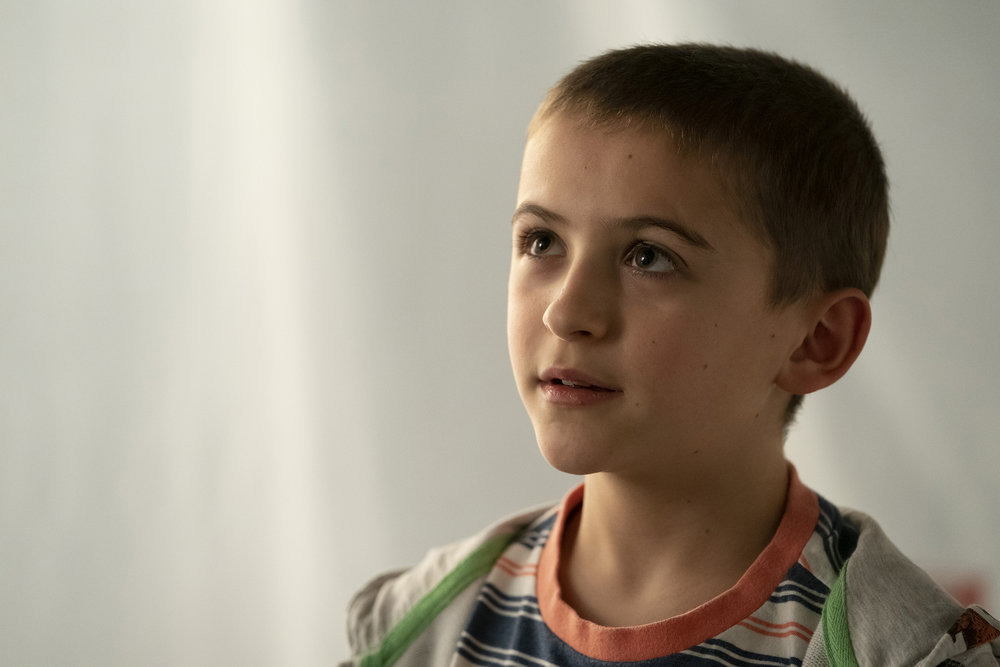 As our heroes try to tie the threads they find together, there’s always a sense that there’s a shadowy group floating just out of sight trying to contain or bury vital information.

My only real quibble with this little trip they take is that Ben and Michaela still don’t seem to grasp the need for simple precautions. Knowing they are likely under surveillance and that there are evil-doers out there trying to interfere, you’d think they’d be a little more discreet in their phone conversations and how they hide information that’s key.

Michaela gave up the soon-to-be-dead professor’s whereabouts to Autumn fairly mindlessly, and the attempt to hide the blue binder was a blunder waiting to be uncovered (and it was). You’d think Michaela, as a detective, would have a little more savvy about this stuff, but she doesn’t seem to be dialed into the secrecy and “don’t trust people” mindset very well. I found that particularly frustrating in this episode. 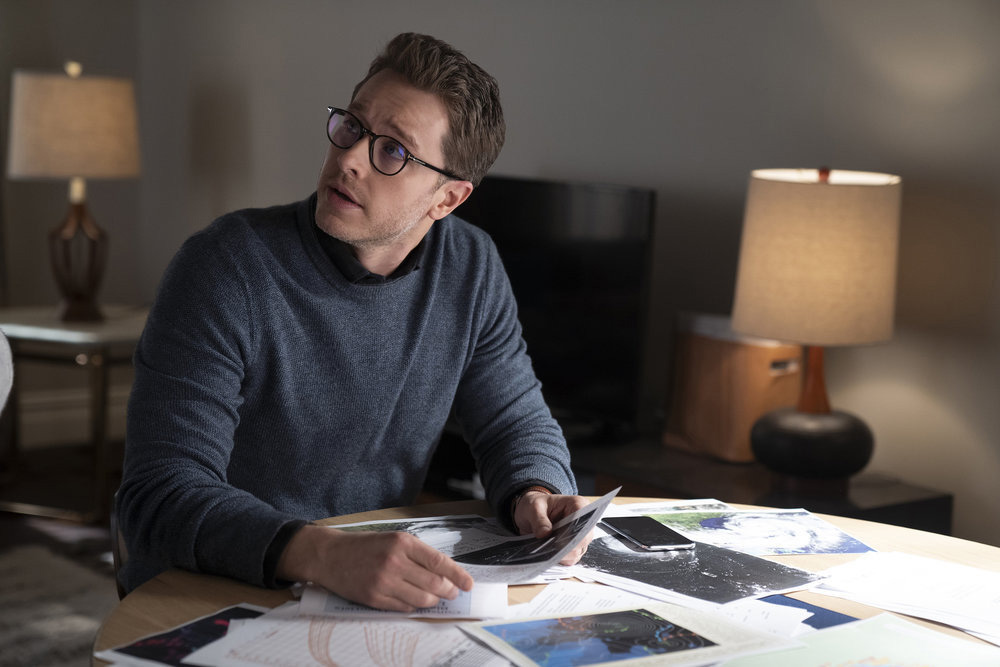 I suppose it’s natural, though. You’ve gone through this incredible experience that’s thrown you for a loop and you want to trust people, particularly those who are in the same boat. Hence, the big reveal of both the scientist and the binder to Autumn, who just calmly sat there and took it all in. Then came back and examined it on her own.

Sometimes Ben and Michaela need to slow it down and really think about what they are about to say and who might be listening. The desperate need for allies (and empathy for fellow passengers) may have backfired big-time in this episode.

But in the end, I suspect Captain Bill was headed down this path anyway, so it didn’t matter a whole lot – except to the scientist who died (This was no boating accident. And it wasn’t Jack the Ripper). Interesting that the good Captain was convinced Fiona was part of the plot. Though, I think it was a fairly easy leap given that what’s been happening to the passengers mentally was based largely on her research.

I do think he put two-and-two together and may have come up with 5. But, he thought it was 4 so decided that in his real-time pursuit of the dark lightning effect, he’d just kidnap Fiona and take her along for the ride See you in 2024, indeed, Fiona. Thanks for flying Captain Bill’s wacked-out airline. 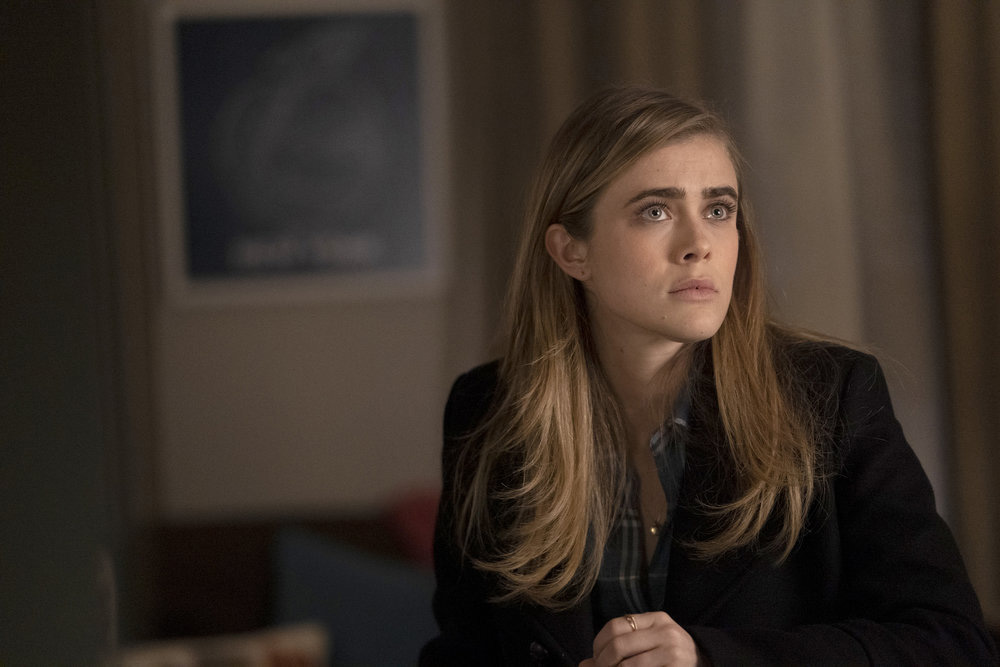 And that leads us back to young Cal, a boy with a lot going on in his mind. Cal’s sensitivity to the experimentation, and perhaps to the effects of the dark lightning itself, continue to manifest itself in interesting ways. My feeling has been that Cal has started to kind of drift away from mom as he begins to realize he’s going to need to be involved in what’s to come. It’s not that he’s distracted as much as he’s kind of listening to a different tune than everyone else.

And now he’s gone. Was he taken? Did he hear the call and answer it? He’s done that before. Whatever the reasoning, it feels like the rest of the season is going to be about finding Cal, and in doing so perhaps getting a better grasp of the answers we are all so intent on finding. Given the teasers we were offered for episode 112, it looks like Cal has a nice little ability to foretell what’s about to come – and offer clues to the family about where he might be. Should be interesting.

I’d talk about the Michaela-Jared post-coitus awkwardness, but the truth is these two have been in a sexual tension-fueled awkward state since Mick returned. She always looks sad and forlorn, he seems to be in a state of hopeful emotional confusion, so the whole thing just struggles to move along smoothly. There’s a ton of love there, and certainly desire, but circumstances continue to conspire against our would-be couple and it’s getting a little monotonous at this point. Michaela doesn’t want to be the “other woman?” You know what, I’m of the opinion that, go ahead and be the other woman for a while. 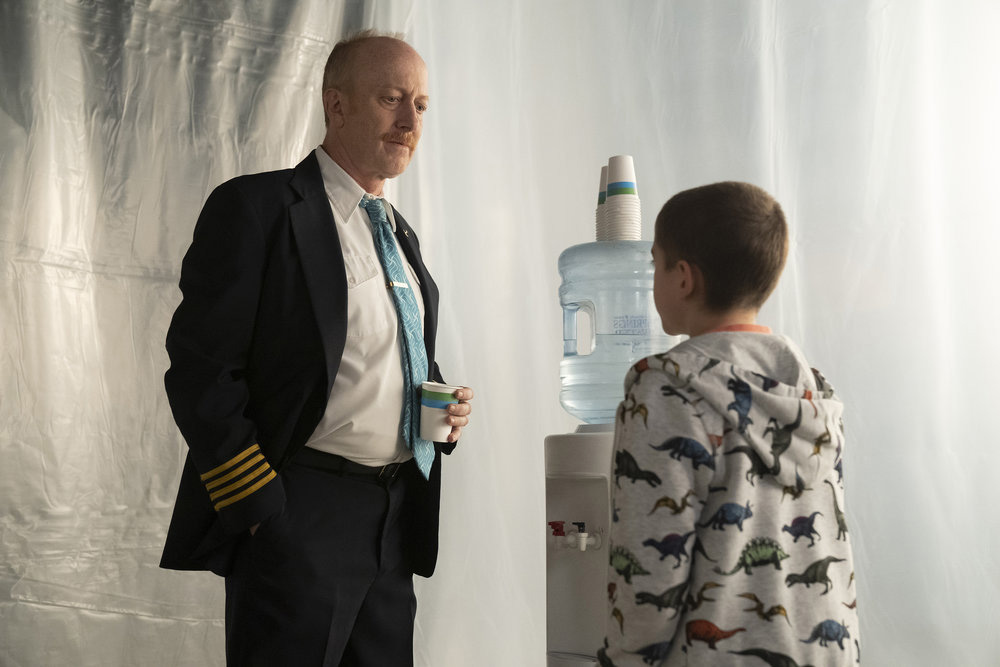 The sexual stress between you two is exhausting, so let’s relieve it for a while. The guilt and uncertainty will still be there – might as well have some pleasure to go along with it.. But I’m a jaded sort, so take that with a grain of salt.

Feels like we’re starting to embark on the downhill run to the finish line. Cal’s disappearance, and the efforts forthcoming to find him, should dig up some nice revelations about what’s going on and, hopefully, flush out “the major” at some point. In the end, Was Captain Bill Daly right on the nose about dark lightning and, dare I say it, time travel? We shall see.