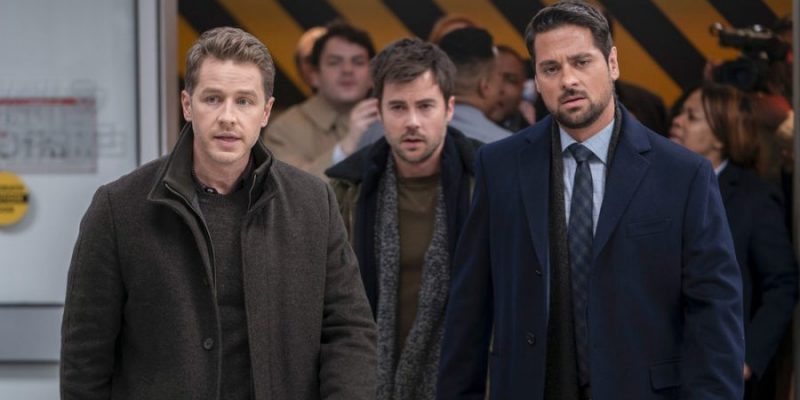 Maybe when all is said and done, and the storylines finally come together at season’s end, Dr. Saanvi will have been prophetic when she said, “We’re on the verge of discovering something awful.”

I hear and feel you, my dear doctor. Episode 115 of “Manifest,” showed us that “the callings” can be used for good or bad, depending on the person and their willingness to give in. Michaela discovered that hard fact up-close and personal when Griffin, a nonchalant killer type, decided to leverage his calling for a piece of freedom. You remember Griffin, right?

Dude submerged for 82 hours and 8 minutes (oooh, interesting twist there) and survived. This was a good little romp through Michaela’s naivete and single-mindedness of purpose when “the callings” come calling. I felt bad for her as she tried to reason, then break good old Griffin, but in the end he knew he had the “get out of prison free” card rattling around in his noggin’ and, in a nice bit of self-interest, played it – and played her in the process. Round one to Griffin. 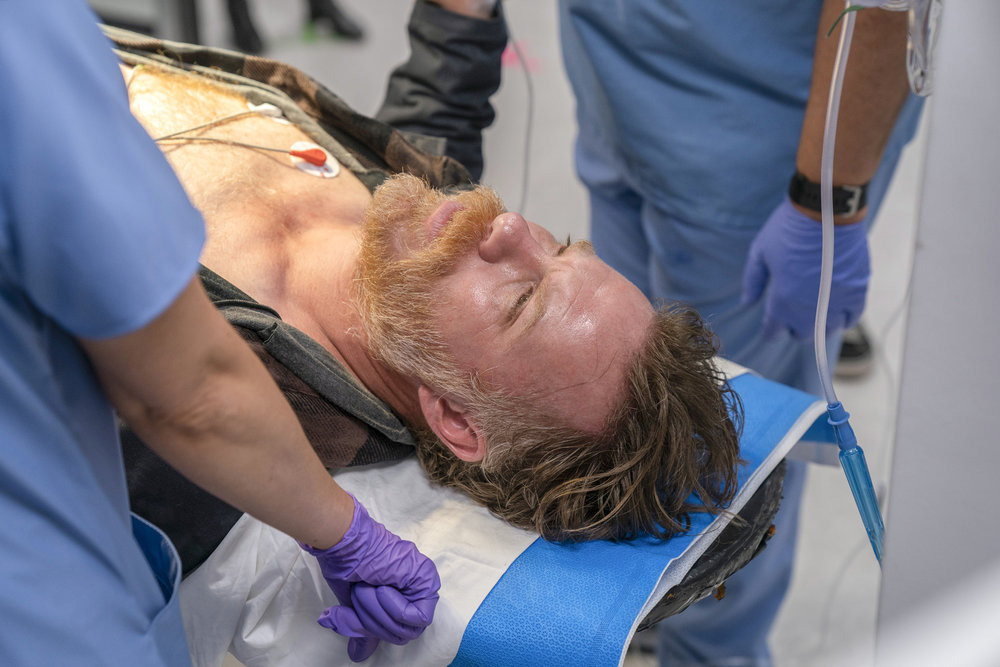 So my question now is, what do non-flight 828ers Zeke and Griffin have to do with the story as a whole? It would seem that callings are not simply limited to Flight 828 passengers or those who somehow came in contact with the effects of dark lightning. So in that respect, how are Zeke and Griffin related to the passengers — and why? That, to me, is what makes Dr. Saanvi’s words seem both prophetic and ominous as we head to next week’s season finale.

And while Griffin decided to play to form as a reprehensible creep, what’s the deal with Zeke? It’s obvious that Jared has a little of the old envy angel on his shoulder as Zeke and Michaela draw close, but there’s something else about that guy that doesn’t fit, doesn’t feel right. You get that sense as well, don’t you? I mean, why try to break into your “mom’s” house?

And the reason he gave was lame. Lame sauce on top of lame toast, man. I’m not sure you help ease the pain of breaking your mom’s heart by breaking and entering her home. That seems…odd. Anyone else with me on that?

No, there’s something else at play here with old Zeke and Jared’s cop radar is getting some serious hits on it. Yes, there’s a tad bit of jealousy going on, but there’s more than that. I suspect that once Jared has that coffee cup processed for DNA, we’re gonna have an interesting revelation about Zeke. 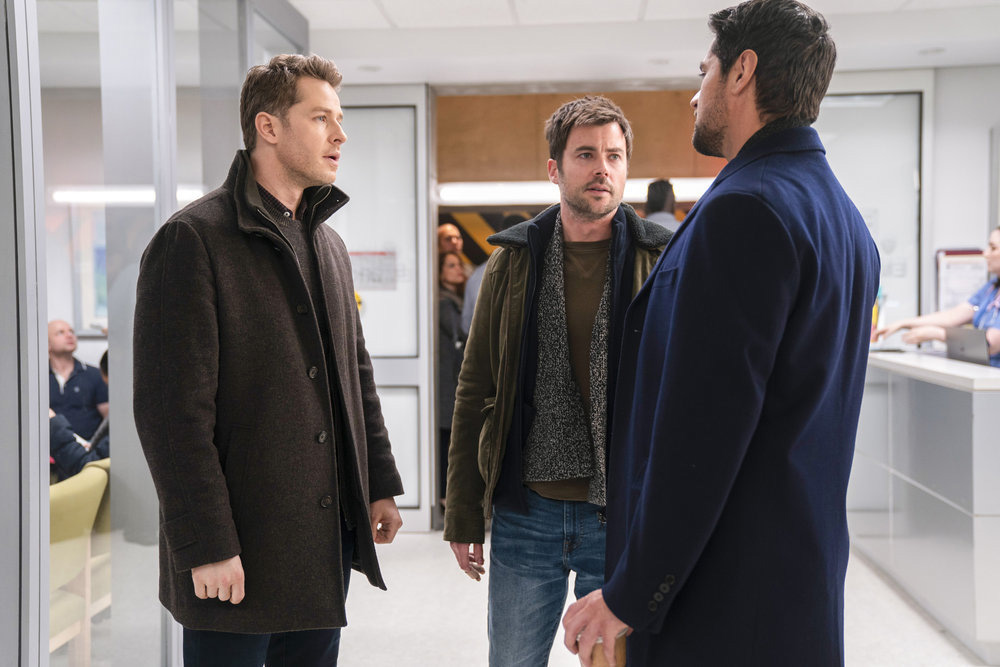 This episode was titled “Hard Landing” and it felt like that was going on for a few of our characters. The realization that the callings can be manipulated for ill purposes was certainly a gut punch to Michaela and Ben Stone. Dr. Saanvi is dealing with the fallout of a little PTSD from her run-in with “you can save my husband while I wave this gun in your face because you have magical powers” woman a day before.

She’s jumping at loud noises, having flashbacks and eventually we find her nearly in the fetal position on the floor in her office. Head wound still obvious, confusion etched on her face, Ben shows up and they talk about what’s been happening – Griffin has the same unique marker in his blood – and what it might mean.

It’s here she offers the warning from the opening paragraph of this review. And I think she’s right. Griffin himself notes that the callings can be used to a fuller extent, which in his hands would seem to bode badly. The calling, it seems, offers options, something I don’t think our hearty crew of heroes was quite prepared to come to grips with. Yes, as I think about the episode, that revelation was a “hard landing” for our 828ers, one that maybe will make them re-evaluate everything moving forward. Now, that’s a daunting task given they’ve had to re-evaluate everything since they got back. Interesting full circle moment there. 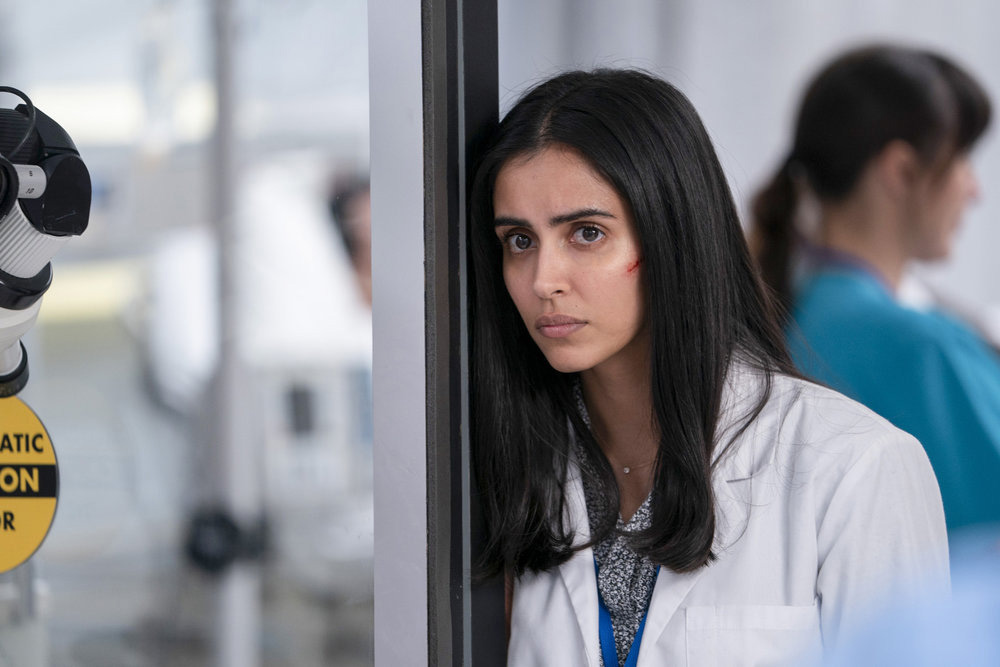 I don’t know if it was me, but I found this episode a little harder to enjoy. Maybe it’s simply that deep breath before the action explodes in the finale? I don’t know, maybe it was my own realization that the callings can be manipulated and used for bad intent. Perhaps I’d gotten comfy with the idea that one of our folks has a calling and everyone runs off to figure it out and all ends well. Obviously, that’s not the case anymore.

I was delighted to see Olive get in the action a little more. She got a chance to dial into that young person’s cliche of being computer savvy while helping mom and dad dig up info on Griffin that Michaela could use to try to reach Griffin. I like the Olive character and have bristled at times as she’s been on the periphery for extended periods. But she got some run in Ep. 115 and it looks like she plays a central role in the season finale, which I’m delighted to see.

And just what is Cal building with his green popsicle sticks? Yes, yes, I know it’s supposed to be a dinosaur, but I get the feeling there’s a little more to it than that. There always seems to be something going on behind his eyes. When all is said and done in next week’s finale, what will be Cal’s role in all of it – or more precisely, how does he fit in so heavily with what’s happening. He has powers that the others don’t. Why? 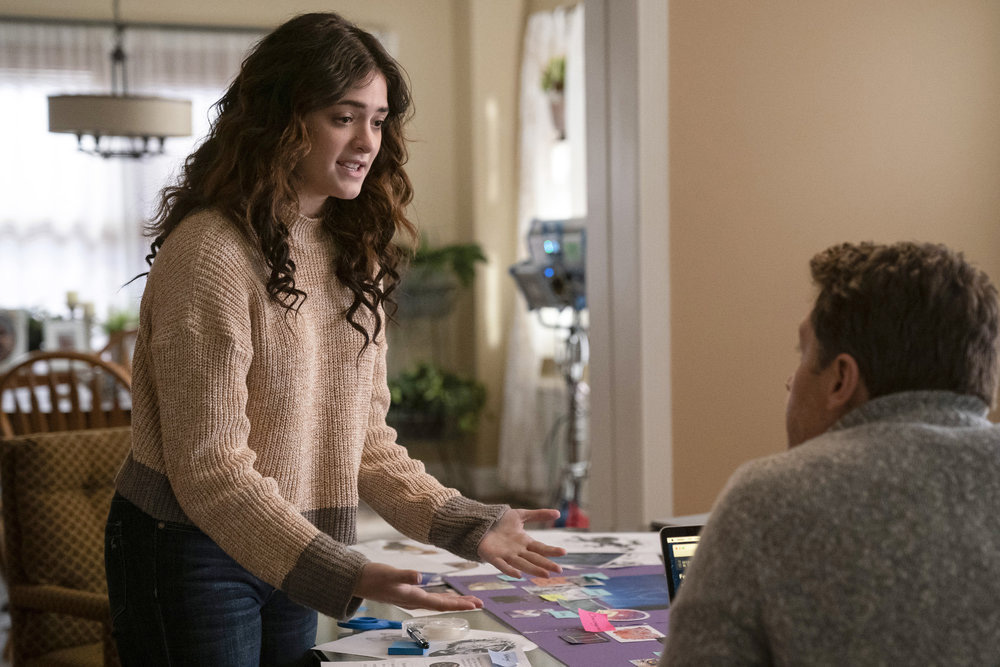 And what about our 828 hate group, captained by the one and only Cody. We got a little snippet of his ranting style when word got out that this Griffin cat was using an 828-type talent to get out of going to prison.

Cody, in his wonderfully ignorant and obnoxious way, essentially called down the thunder on the 828 passengers. I think Ben was correct in needing to find a way to get Griffin to do the right thing because if he walked (as he did), the proverbial fit is going to hit the shan. With Cody and his cronies leading the parade, this should be an interesting development if the show follows through with it.

I don’t know about anyone else, but I kind of think this hate group story line has some real potential for something scary, but interesting. Here’s hoping Cody gets to continue to be a reactionary moron for a little while. It’s all coming to a head next week and given the preview we saw, and Olive stating “It was right in front of us the whole time,” I’m hoping we get a few twists and turns that make us all excited for what’s next on “Manifest.”