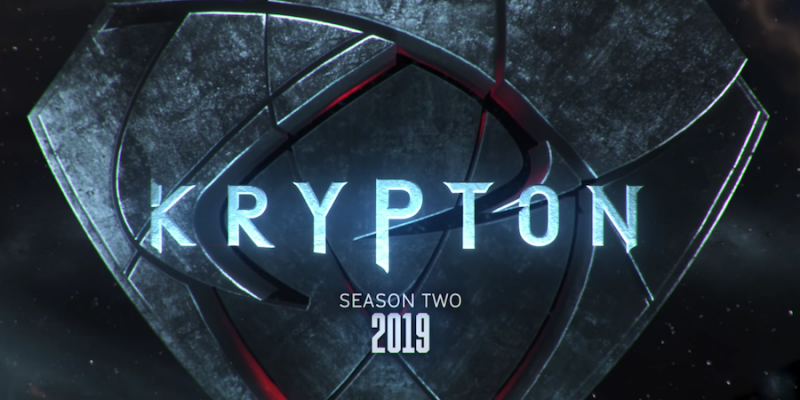 Krypton season two has returned to SyFy! In its premier episode we get a lot of excitement, reminders, and some new faces! Let’s break it all down: 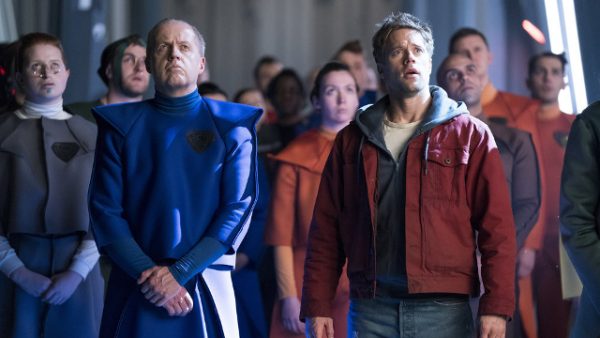 So, of course a lot has changed since the ending of the season one finale. It has been six months since Zod took over and changed everything. The Zod’s have full control and made all of the rankless free. There is a rebellion, of course, consisting of Jax-Ur, Nyssa-Vex, Val-El and others. They have been working to unite the underground army and are trying to take out Zod and his rule. Plus, without Adam Strange or Seg-El to bring order and understanding to the world Kandor is pretty much hopeless (though Kandor has no idea).

Strange comes back after visiting Earth and seeing that it was destroyed. This, in turn, rips him apart and he definitely feels a bit lost. Not to mention, coming back to Kandor in this mess! I love Adam Strange’s character. If you recall, he’s the only reason I stayed on board for this show and I’m really glad I stuck around. His first lines are “Right in the johnson”, typical Adam! He quickly meets up with the resistance and tries to help them with their plans to move them to Wakethor which is the only place on or around Krypton that Zod does not have rule over. 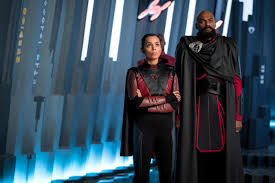 Lyta is absolutely intense in this episode. It’s weird to see her torture a friend and ally, but I guess she has always been that “hive mind” kind of girl. She is a Sagitari, first and foremost, so it does fit that she is just following orders. She’s also a Zod soooo I guess this is truly her personality! Lyta is wicked and ruthless and I really love it. I’m curious to see if she’s just fronting this behavior until Seg returns! We’ll see what happens when that time comes. Could she turn on her son when she opens her eyes to what he’s doing? Will Seg be enough to convince her or is the mother-son bond too strong and too important to her?

Speaking of familial bond, I audibly gasped when the Sagitari shot Nyssa’s father. NYSSA NEEDED ANSWERS! Her father was the only one who truly knew about her past and she feels she’s not complete now. Nyssa has changed so much, her character development the past season and this episode is truly wonderful. She has learned a lot about herself and I know that she wants to become more and make up for her past mistakes. She really needed that closure from her father about what happened the night of the accident and I’m frustrated for her that she will never know! 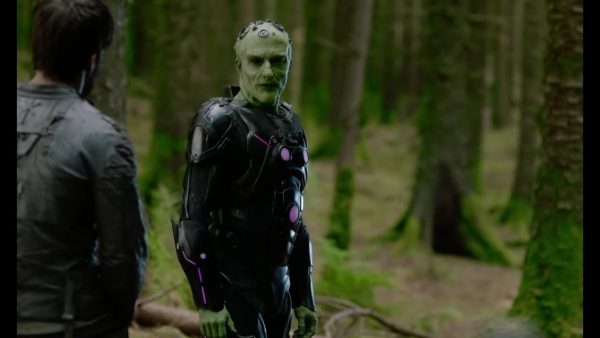 Strange’s strangeness really helps offset the mood of the characters. It’s a serious moment when they’re discussing what Zod plans to do, however Shaun Sipos’ delivery really makes it not feel as downtrodden as it is. The entire cast is a lot of fun and you can tell that everyone really loves working on this show. There are some cast I really wish we had more time with, like Brainiac for instance. Blake Ritson is so creepy and convincing, I know Brainiac is bad, but I wanted to see more of him! Speaking of Brainiac: WHAT! HOW DID SEG?! WHAT??? I did not see that coming and I legitimately was looking forward to having to see Seg and Brainiac work together to get off of that planet. What was Seg’s plan? Was he literally just going to try to build a spaceship on his own?

I love Seg, but sometimes I feel like he does not clearly think things through. I know it was going to turn into a kill or be killed situation with Brainiac, as he stated,, but I imagined that Seg would have waited until the ship was at least a bit further along. He’s lucky Strange showed up to save him! I’m so excited to see Seg and Strange back together because I really missed their charisma during the last few episodes of the last season. I can’t wait to see how they get out of their bind now that they’re trapped by Lobo!

I’M STOKED ON LOBO! He seems hilarious and crazy. I don’t know anything about him from the comics aspect, but man I can’t wait to learn more. That is all!

The Krypton season two premier has a drastically different feeling than Krypton’s season one premier. I have to be honest, I was pretty disappointed in the first episode of season one. I asked “why” a lot and I absolutely could not stand Seg. The plot did not make sense and I felt like I needed something more. Krypton season two is a totally different story! This show has improved leaps and bounds since the first episode and I am so thankful I stuck around. The Krypton season two premier really came forward and stepped up. There is a lot that happened and man do I have a lot of questions, but this time around they are all good questions! I imagine that season two will be a really fun ride full of answers and insanity!