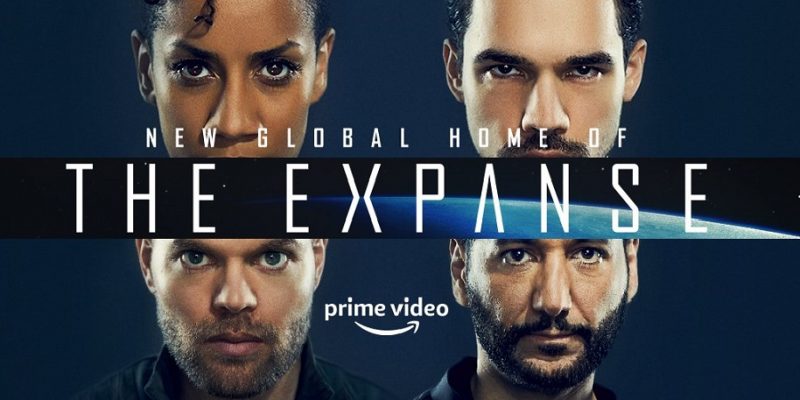 Buckle up Screaming Firehawks – The Expanse  at San Diego Comic Con is going to be one hell of a ride! Though The Expanse had a small presence at SDCC last summer, this is their first time back with a full panel, cast members, and offsite activation at the Prime Video Experience as a Prime Video show! After the emotional roller-coaster of The Expanse’s fate being up in the air, followed by the feeling of ecstatic joy when our show was picked up by the studio – you can imagine just how excited fans of the series are over this San Diego Comic Con appearance!

There is something for every Expanse  fan at SDCC this July; a panel, some Season 4 news, AND a chance to step onto the Rocinante for a special mission! Located at the Prime Video Experience (corner of 1st and MLK) The Expanse fans can finally join up with the Roci Team for peacekeeping mission that will tie into Season 4! Or at the very least get some amazing photos for your social media. The Prime Video Experience will be open to the public from Thursday, July 18th to Sunday, July 21st – and this is an opportunity that you will not want to miss out on!

On the opposite end of the space, a Rocinante spaceship is positioned
that will take adventure-seekers on a United Nations peacekeeping mission to a newly colonized planet seen in The Expanse.

In addition to the off-site, The Expanse is returning to the Indigo Ballroom for a panel packed full of Expanse goodies. According to our favorite Martian, Cas Anvar; this panel will include SEASON 4 INFORMATION! Saturday at 1:00pm in the Indigo Ballroom at the Hilton Bayfront hotel – be ready to celebrate The Expanse, the upcoming Season 4 coming to Amazon Prime Video, AND see some of your favorite cast members from our beloved show. 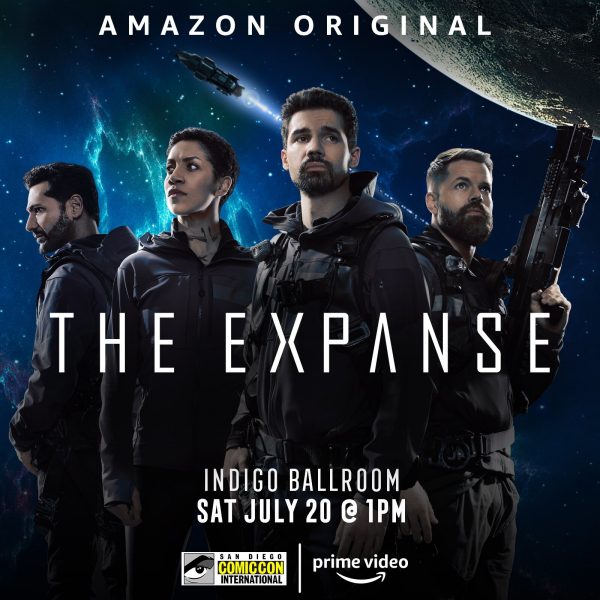 Calling all Earthers, Belters, and Martians, The Expanse is making its return to Comic-Con this summer! The series has had an incredible journey since San Diego last saw the Rocinante crew. They return with news from beyond the Ring Gate and from their new home-thanks to help from the fans-as an Amazon Prime Video series. Be the first to hear about what’s next for your favorite crew from the creatives and cast, and get an early look at what’s to come when season 4 drops on Prime Video later this year. The Hugo Awardwinning series, based on the hugely popular science fiction novels, was developed and scripted by the Academy Awardnominated writing duo Mark Fergus and Hawk Ostby who executive produce season 4 along with Naren Shankar, Andrew Kosove, Broderick Johnson, Laura Lancaster, Sharon Hall, Sean Daniel, Jason Brown, Daniel Abraham, Ty Franck and Dan Nowak. Shankar serves as showrunner for season 4. Panelists include: Steven Strait, Wes Chatham, Shohreh Aghdashloo, Frankie Adams, Cas Anvar, Dominique Tipper, Naren Shankar, Ty Franck, Daniel Abraham, moderated by Kyle Hill (Nerdist).

Our stars have aligned for #SDCC2019! pic.twitter.com/fdYOBJ823n

If you’re an Earther, Belter, or Martian – you’ll want to catch everything The Expanse happening this summer at San Diego Comic Con!

Comment below, or find me on social media and let’s keep the conversation going! Don’t forget to use #TheExpanse #TheExpanseSDCC