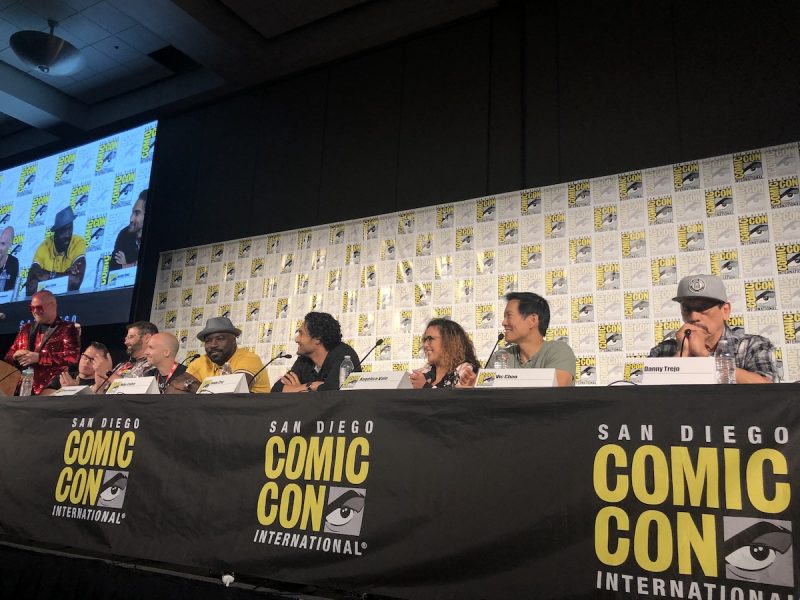 Viz Media has partnered up with Powerhouse Animation Studios (Castlevania) to bring a new animated series to Netflix, Seis Manos. The series will center around a family of martial arts warriors who join forces with a DEA agent and a Mexican Federale to avenge the death of their beloved mentor.

We had the chance to sit in the panel for this new show and get a sneak preview of 2 key scenes from the first episode. Seis Manos, which means six hands in spanish, was described as a dose of From Dusk Till Dawn, with a scoop of ’70s Kung Fu TV show, a bit of Shaft, then sprinkled all over with delicious John Carpenter flakes. To be fair the panel then said “skin flakes?”, to lots of laughter. Check out the opening sequence for the series.

No matter how you describe it, the series is set in Mexico and supernatural elements that revolve around Mexican mysticism. The cast is as diverse as the story setting itself. The cast is made up of Mike Colter (Luke Cage), Jonny Cruz (Overwatch), Angelica Vale (Jane the Virgin) Vic Chao (Mega Shark Versus Giant Octopus) and Danny Trejo (Machete). Here is a short description of each character in the story.

Aislinn Derbez is Isabela. A hung gar master and Daoist scholar, Isabela believes order and justice are the spokes in the wheel of the universe.

Jonny Cruz voices Jesus. A jovial yet brutal warrior, Jesus lives for pleasure, hates conflict, and just wants everybody to get along.

Mike Colter is Brister. A resourceful DEA agent, Brister is sent by his racist boss on a B.S. mission to Mexico.

Danny Trejo is El Balde. Unrelenting, sadistic drug lord who will stop at nothing to assure his unwavering ascent to power.

The unique setting for the series makes it stand out for the Fall lineup on Netflix and for animated series in general. Now expect some grind-house style killing and gore in the series, as the big bad is voiced by Danny Trejo (Machete). For an example of some of the gore and fighting you will see, check out this first look at the new series.

Overall if learning more about Mexican supernatural lore and Kung Fu action, Seis Manos is something you should check out. You can catch Seis Manos on Netflix this fall. 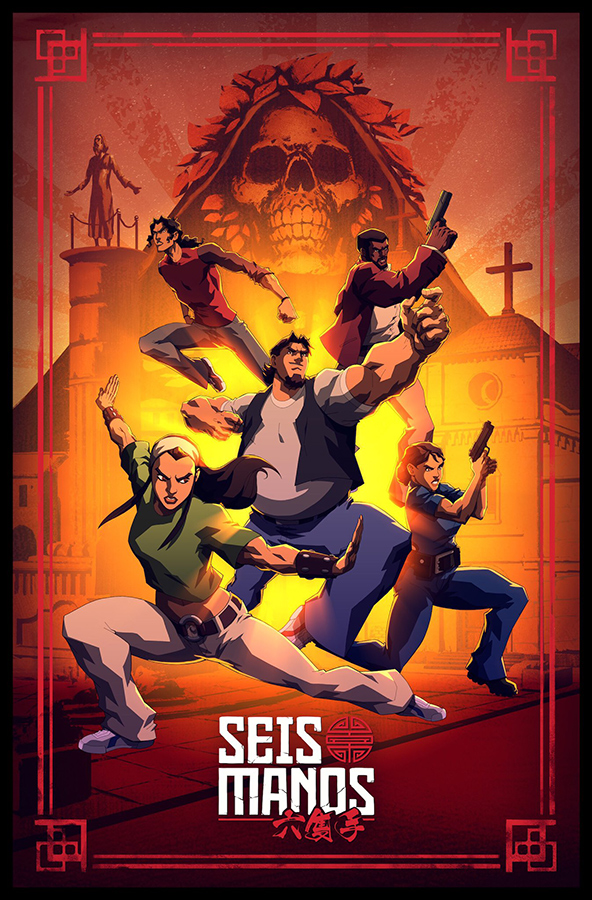