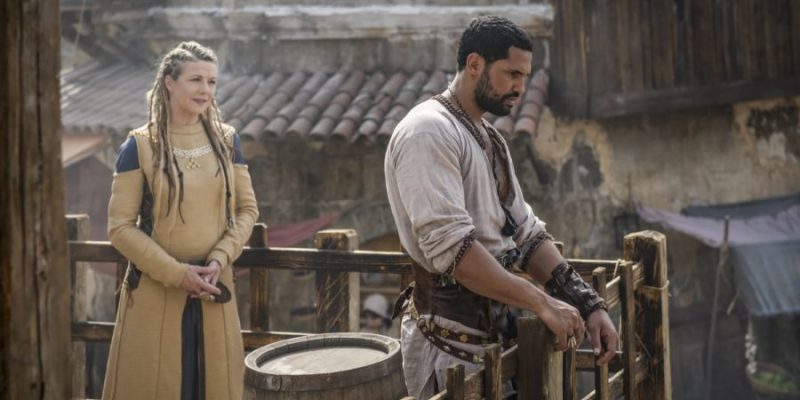 The return of Garret Spears was quick, decisive and more than a little likely to cause quite the mess with folks within and without The Outpost. Yes, episode 207 of “The Outpost” welcomed back our long-lost (but never forgotten) Captain Spears, which not only shocked folks to their core, but ruined a perfectly good wedding in the process. It was short, but fairly impressive in scope and impact. Well done, Spears….you’re naughty. Very naughty.

But before we delve into it, let me remind you that SPOILERS are lurking in the paragraphs below. So, if you don’t want to be attacked on the road by SPOILERS, best to stop here. If, however, you don’t give a rotten plagueling about SPOILERS, then join me as we take a look at this episode, entitled “Where You Go, People Die,” which I thought was unfair of Garret to say to Talon.

The lead-up to Spears’ return was quite interesting, wasn’t it. Remember when Gwynn Rosmund was just a young, innocent women, thrust into a role she didn’t feel ready for? Those days are long gone, aren’t they? This episode gave us a bigger glimpse into the progression that Queen Gwynn has made since the first season. I’ve talked at length about Janzo’s incredible development over this season-plus, but Gwynn has come a long way, too. 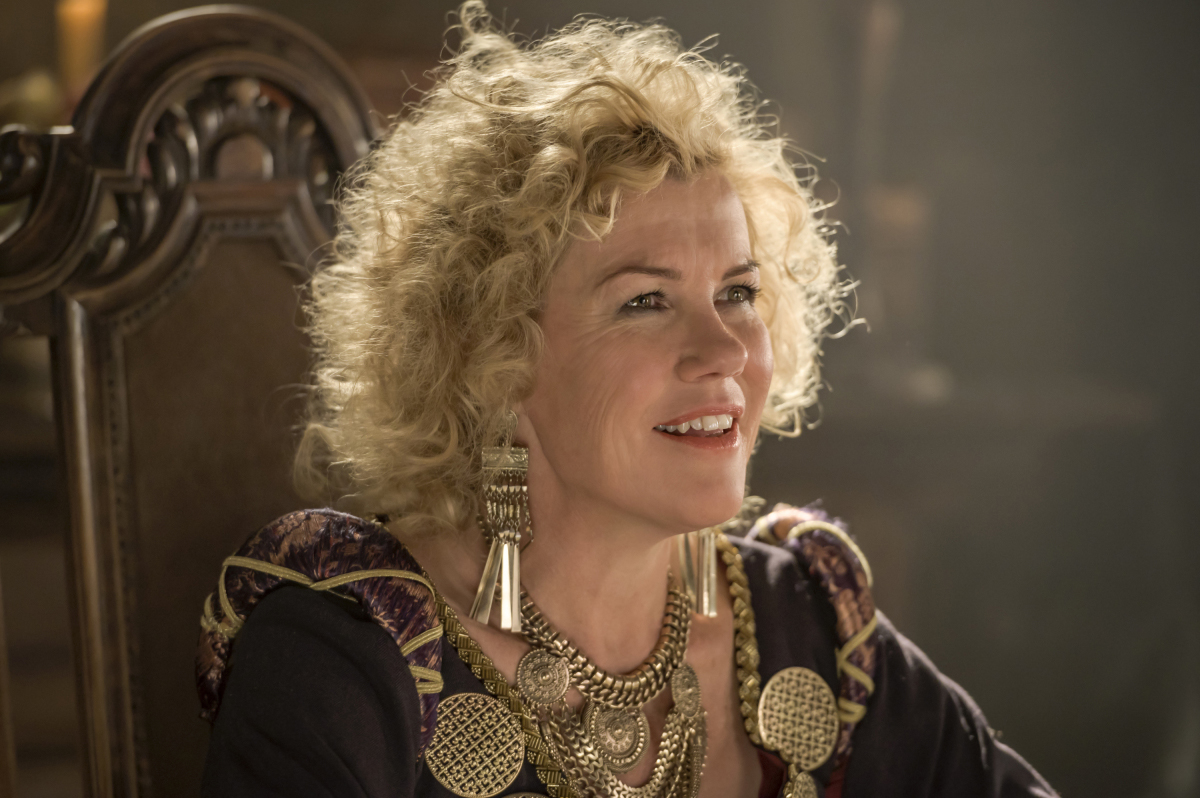 From frightened and unsure girl to a queen who knows just how lonely being a monarch can be. Decisions have to be made, safety to the realm weighed, and politics, at times, must be played. It can be a bit overwhelming and we’ve seen some of that effect on Gwynn, but by and large she has developed into a strong and capable ruler who sometimes makes painful decisions – and sometimes surprises us with her political acumen.

Imogene Waterhouse has done a splendid job of creating a character that we’ve seen grown from mouse to lion. We see the regal bearing, but also some of the struggles, and that makes our lovely queen a character we can empathize with. Here’s a salute to you, Imogene. You’ve done it!

The queen’s political acumen was on full display when Milus shows up. Tobin’s offer to his cousin brings Milus to The Outpost in pursuit of the disputed lands. But the queen has bigger plans, plans that surprise everyone. Milus is reticent to accept Tobin’s offer, but the queen goes “Godfather” on him and makes an offer he can’t refuse. Milus can have all of Tobin’s land if he swears fealty to her. Why? Because Tobin won’t need it as he will be the king. That’s right, Gwynn will accept Tobin as her husband after all.

That means we are going to have a wedding. Our matchmakers, Gertie and Elinor, salute their efforts at bringing the youngsters together and plan the wedding. It’s the wedding of the century, The Outpost is alive with excitement, it’s going to be grand – until it’s not.

Enter Garret Spears and his penetrating eyes and chiseled good looks. He literally sweeps in, snags the queen by the hand, takes her to his horse, utters the immortal phrase “Do you trust me?” and they are off at a gallop. I admit I’d expected a little more in the way of scheming before Garret actually made good on the kidnapping. I thought there would be more “oooh, Garret is back. Ohh, you poor dear. Ooh, you need to rest.” You know, an episode or so of Garret getting acclimated while he schemed the abduction. I thought he and Tobin would have a little Alpha Male friction to enjoy, too. Dang, I miss that. Maybe later. 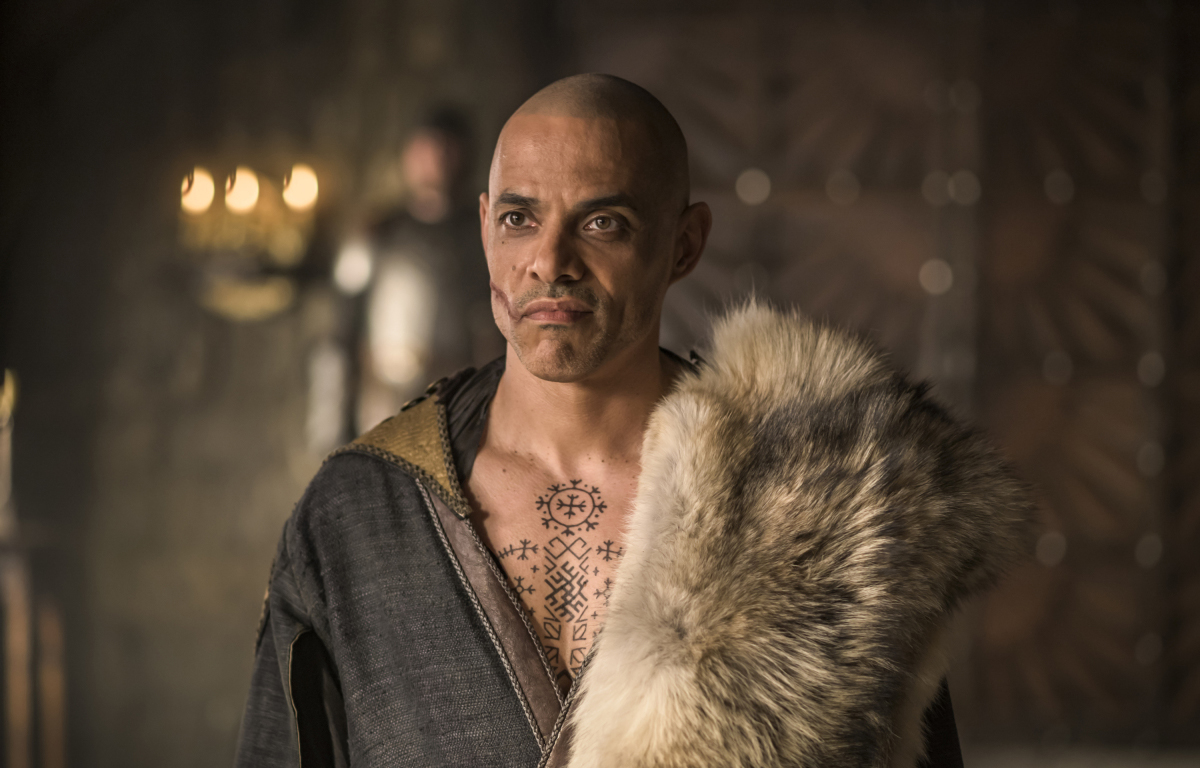 But Garret, in thrall to The Three, is a man of action. He’s Errol Flynn, Tyrone Power, The Rock all rolled into one. There will be no pleasantries. “I’m here, you are my woman, get on this horse…you’re likely to be killed. Let’s ride.” And off they go. Which leaves the wedding in shocked shambles. Shocked, I tell you. I was shocked. But here we are, Garret riding back to The Three with the queen on his horse, where he lets slip that the queen “knew he was alive, but didn’t care.”

Mmm, a clue. Suss it out, my queen. Be the instrument of his recovery. As for you Garret Spears…you are naughty. Repent your naughtiness. There, I said it. I feel better.

While that was the episode-ender, there was an interesting little twist going on with Janzo and Naya. Over a lovely candlelight dinner (courtesy of Munt snagging Naya off the street…classy), Janzo continues his pursuit of Naya, regaling her with thoughts of his thoughts for her. But things are bothering her and, in a moment of desperate repentance, she admits to Janzo that it was she who released Dred and unleashed the current state of affairs going on.

I was a little worried about Janzo early on during this as he struggles to grasp what she did, demonstrating a lack of sensitivity to the issue with several cutting comments (come on, Janzo. Show some love). He tells Naya she has to tell the queen and they go back and forth. Janzo tells Naya that he won’t let anything happen to her, words we needed to remember. Naya tears up a note to the Prime Order and sets about summoning the courage to tell the queen (or to skulk away. You decide), while unbeknownst to her, one of Tobin’s operatives sees the scene and recovers the pieces of the note.

It’s a bit later before the pieces are put back together and Tobin puts the pieces of Naya’s betrayal together. An accusation here, an arrest there and Naya is before the queen pleading her case, a case Gwynn has no interest in hearing. She will be interrogated and then put to death. Again, the queen shows the pain of condemning someone she thought a good friend. It was a tough scene, but that’s what happens when you betray royalty. An ugly scene that was sad and unfortunate, but the promise Janzo made her was hanging in the air, wasn’t it? 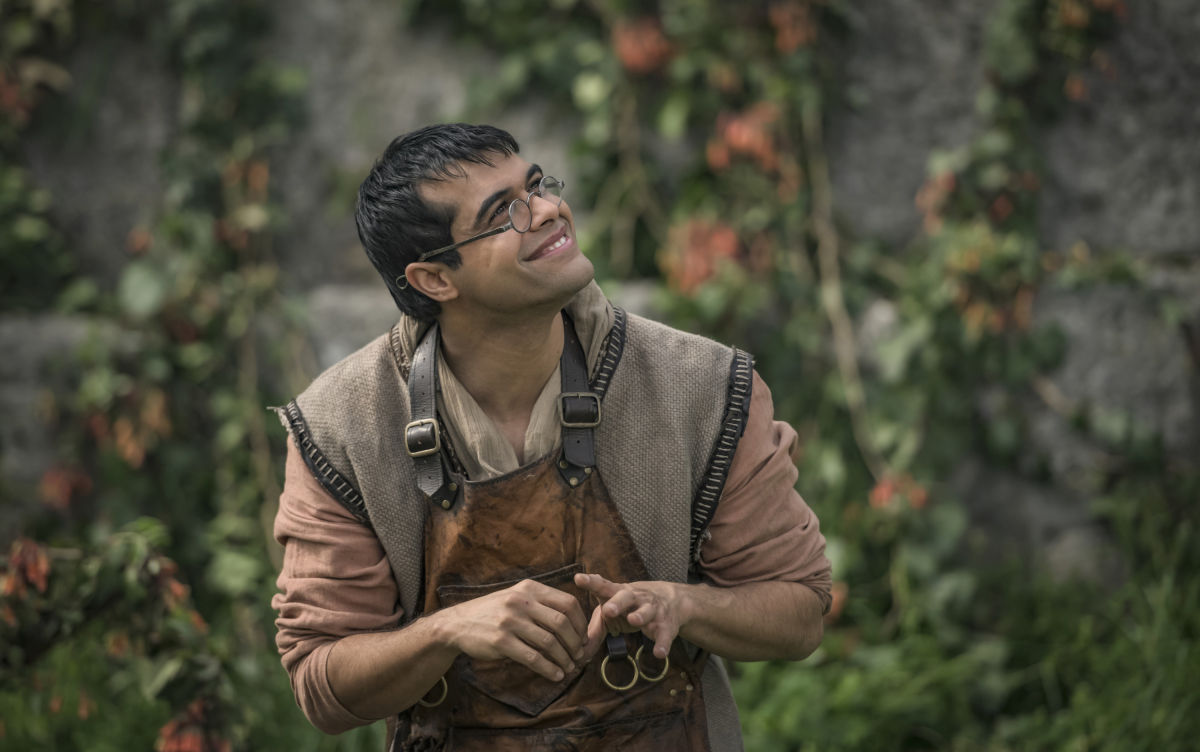 Showing the guts of a burglar and the scientific acumen of the alchemist he is, Janzo drugs the guards through mugs of ale (the free drinks for a year tease was a nice touch), releases Naya and sees the love of his life scurry out of The Outpost like her life depended on it. I’m a little sad for Janzo. Guy just can’t seem to win at times. Sure, he’s “this close” to solving the plagueling mystery, but what’s that in the shadow of true love being a traitor and then walking out of your life? Tough stuff, Janzo. Tough, indeed.

And then Garret shows up – briefly – and before you can catch your breath at that revelation, he’s gone – with the queen. So Gwynn is in danger, Elinor is the de facto ruler of The Outpost (which should be fun. Careful Janzo, she’s gonna suss it out), and Talon, who took a brief, unpleasant visit to the ashy home of the blackbloods, is headed back toward The Outpost. I do wonder how that rift in the portal came to be? Did Zed create it? Did the entity living within her do it (that’s my guess)? And she seems to be fairly well-healed from Garret’s dagger to the ribs. Something was going on there that we aren’t privy to at the moment.

So, I wonder what will happen in The Outpost with the queen gone, the marriage over, and the deal with Milus apparently very dead? The arrival and departure of Spears would seem to have thrown just about every plan into the royal cesspool. If I may say so, things got very, very interesting again.