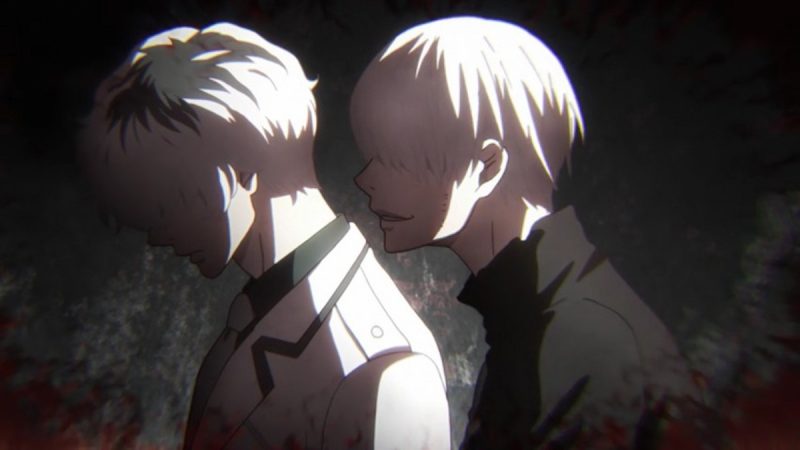 Two years after the raid on Anteiku, Ken Kaneki lives a steady life as an officer in the CCG. His memories wiped, he clings to a new identity and a taxing responsibility as the leader of the CCG’s experimental Quinx Squad. This unruly team of humans uses ghoul powers to fight, and while Ken struggles to improve their teamwork, familiar faces stir his memory, unearthing a truth that could shatter the peace he holds so dearly.

His memories restored, Ken Kaneki is desperate to end the bloodshed in Tokyo. But overthrowing the One-Eyed King isn’t enough. His only hope is to unite the city against the organization pulling the strings. There’s just one catch—Kaneki, himself, is the greatest threat of all. 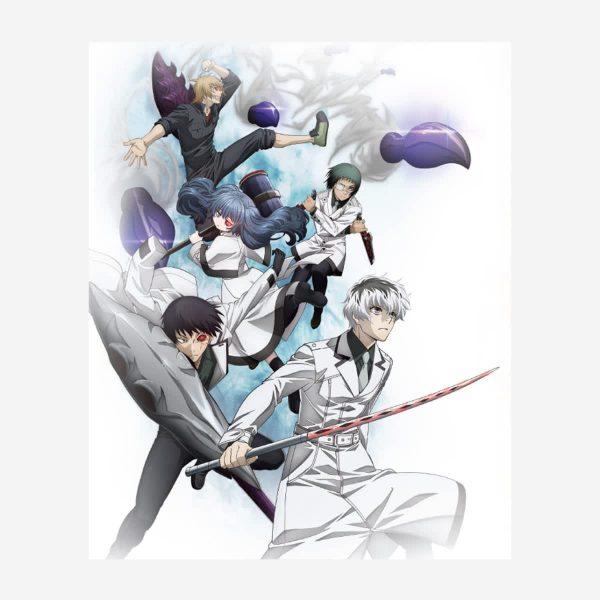 Tokyo Ghoul :re is the official third season of the franchise. But as anyone who has read the source material will tell you, it is among the most confusing of the storyline so far. After season 2 of the anime, nicknamed “Root A”, created an anime-only storyline, :re tried to jump back to the main story. One thing remained consistent from the end of season 2 going into season 3 with the source material, Kaneki loses his memory thanks to Arima and assumes the name of Haise Sasaki.

As Haise, he is the mentor of a special team of CCG investigators called “Quinx Squad”. They each willingly underwent a similar surgery that Kaneki went through to give them the abilities of a ghoul, while still living as a human. As the first half of the 24 episode season pushes through the story, Kaneki finds himself faced with familiar friends he doesn’t remember. All in an attempt to wake up one of the most powerful ghouls around. It turns out that something isn’t right within the CCG itself.

This is where things start to get very confusing. So many story threads were attempted to be tied up nicely going into this final season. It felt disjointed and rushed. But that doesn’t mean it was bad. It is still Tokyo Ghoul and we still get to see Kaneki kick some ass. We also got to see the return of some old friends, and a wedding! I won’t spoil more than that.

At the end of the day say what you will about the manga or the anime’s choice to diverge from the manga, it’s still a good series to get into. Interesting world-building and characters leave you wanting a lot more but settling for at least animating what we got. There are some great fight sequences in the third season as well. The heart of the story and the score of the series remains in the third season, and we finally watch our Kaneki grow up and man up.

You can pick up Part 1 and Part 2 at the Funimation Shop or Right Stuf Anime. 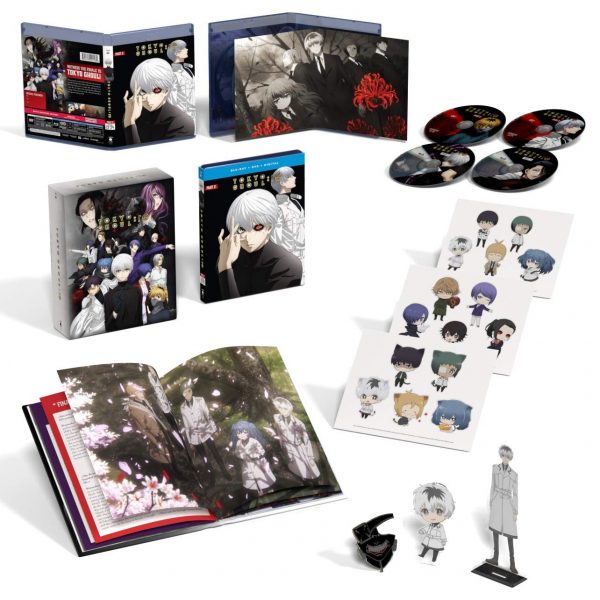 Funimation released Tokyo Ghoul :Re into 2 parts. The second part came with a limited edition release that featured a premium chipboard box. This box can house both parts of the third season. It also included extras. First was an 80-page artbook with commentaries from the Japanese cast and crew, including the director. The book itself is also hardcover! Also included were an acrylic Kaneki standee & key chain, Kaneki mask enamel pin and 3 pages of chibi vinyl stickers. The stand and pin are both really nice and great for collectors.

The blu-rays also came with a DVD and digital version of the series, which is standard for Funimation limited-edition releases.