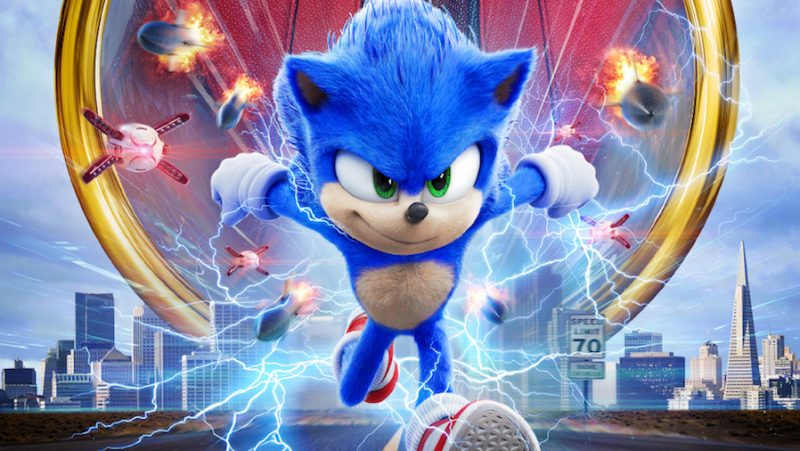 Since the beginning of this movie’s inception there has been controversy and mystery behind it. Well, maybe not mystery, but definitely controversy. Everyone is very aware of the original Sonic the Hedgehog design that was released and the backlash it faced. There was so much anger and hate thrown at the company and for the first time ever, they listened to the fans. We got a complete overhaul and now Sonic is looking fantastic! I am a firm believer that the whole debacle was a publicity stunt, but that’s a topic for another time. Now, we’re here to talk about Sonic the Hedgehog!

This movie is a completely enjoyable ride from start to finish. With only a few strange pacing issues and one or two awkward acting moments, the rest of the movie was great! Fans of all ages are guaranteed to like Sonic as a whole and I can honestly say this is an amazing way to get children interested in the fandom. Bringing your child to see this fun filled movie can absolutely get them interested in this world. 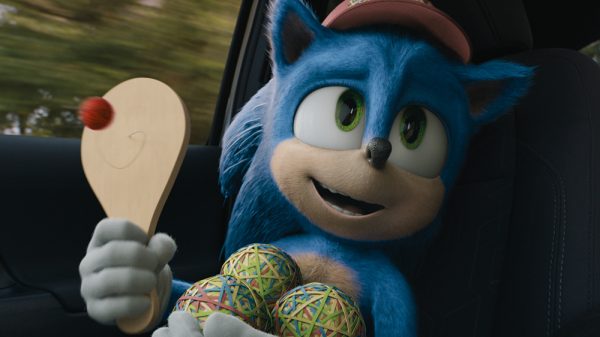 The movie started off with an adorable baby Sonic and some scenes that fans of the game are going to love. Pretty shortly thereafter Sonic winds up on Earth. He establishes a life there but overall feels very lonely. He longs to be friends with Donut Lord and Pretzel Lady. Sonic fantasizes about a life where he does not have to run anymore and that is kind of the premise. He sets off a reaction and that is how we meet Dr. Eggman Robotnik. Jim Carrey is fantastic in the movie, but he really just feels like Jim Carrey. It is kind of a scary thought for him to be the smartest man on Earth too. He is witty and kids will love him in this role. Adults will too, actually, because he is funny and completely insulting this entire movie. He throws in some good quips about people!

James Marsden is good as well, though sometimes his acting feels a bit stinted. I don’t know why, because he’s damn good in everything else, but maybe this movie just wasn’t his thing. His timing felt a bit off and there were just some awkward moments that felt like he was talking to a tennis ball instead of a “living thing.” I know it isn’t easy to act with something that isn’t real, but some points you could feel it. That isn’t to say I disliked him. If anything it felt kind of endearing that it was awkward. He also wasn’t really that funny in this movie, especially compared to Jim Carrey and Ben Schwartz’s voice acting skills. On that note, Ben Schwartz did an amazing job portraying Sonic! His voice work was fun, his comedic timing was great, and he really fit the role.

Go watch it! I really did enjoy this movie. I thought it was decent and for what it is in this world, it hits the nail on the head. It is a movie for children, but parents and longtime Sonic fans are going to enjoy it just as much. The story was cute and made sense, but it was nothing huge or spectacular. There is nothing about this movie that is anything more than a fun movie. There is no real need to try to nitpick it for what it “could have done better” it is just a movie to watch and enjoy in the theatres. Lose yourself in the fun world of Sonic for an hour and a half and walk out feeling like you want to go play Sonic Adventures 2, which is exactly what we did.

What did you think of Sonic? Let us know in the comments below!

P.s. That mid credit scene though!