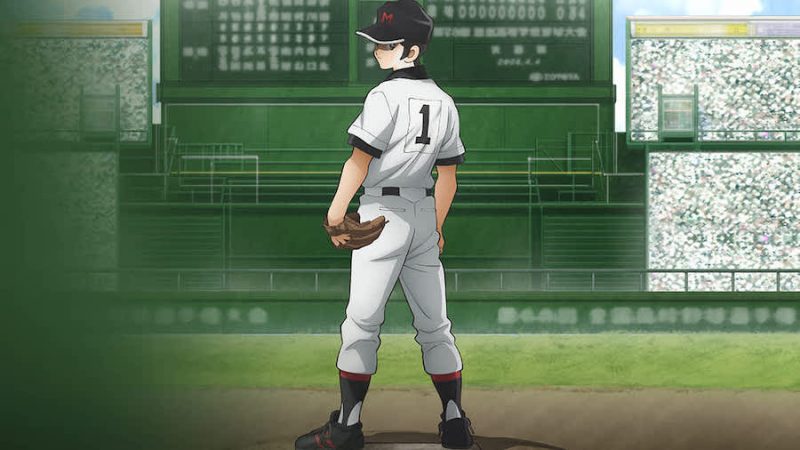 Sports anime has always been a huge story topic for anime. For me, it was never my focus area of anime because I am not a big fan of sports in general. However, I have continued to find some stories within the sports anime world that are just too good to pass up. Today we are going to take a look at MIX: Meisei Story, an anime about baseball. Fitting as baseball has just started back up amid all the sports shutdowns due to COVID. So let’s start with a little about the story.

A new generation steps up to the plate in a moving sequel to the 1985 baseball manga, Touch. Stepbrothers Touma and Suichirou are ace players on Meisei High School’s baseball team, and thanks to them, the team may finally have a chance at returning to nationals. But little by little, a tragic legacy unfolds as the stepbrothers follow in their fathers’ footsteps.

The story centers on two boys, Touma and Suichirou Tachibana who are a catcher and a pitcher on the local high school baseball team. However, their school’s hay day of being in the big national tournament has been but a distant dream, and nobody really watched Meisei Highs games anymore. There are a few story plots at play right from the start so ill break them down into 3 parts without too many spoilers.

Firstly the family dynamic. Touma and Suichirou are often mistaken for each other as they very much look like brothers. Though their personalities are far from the same. It turns out they are in fact step-brothers as each lost a parent, and their surviving parents married each other. It also turns out that there is some family history around baseball and Meisei High, which lends to a legacy the boys are carrying on, even if they don’t know it yet. Learning and watching how each brother couped with death in the family and life was a compelling piece of this story.

The next piece is of course baseball. Once Touma is finally allowed to pitch, the team quickly learns they have a rock-solid pair of catcher and pitcher on their hands. This quickly starts the race to the big game that starts to draw the attention of other schools and students. The story hits another good character-building stride as we start to bring in more students from Meisei and other schools to interact with our main characters.

The final dynamic is the back-story. This doesn’t get a lot of traction until later in the season but once it does, we start to learn that it’s not a coincidence that Touma and Suichirou are so good at baseball. Their town, their school, and their family have high hopes for them to make it to the big game and win. There is no word yet on a second season, though the first received 24 episodes. I do want more, as I feel like there is still so much to explore.

If you love a good story about a pair of brothers bonding, high school sports, and competition, you should check out MIX. Funimation has all 24 episodes dubbed up on Funimation.com right now. You can also pickup the blu-ray and dvd release in 2 parts (12 episodes each), in Funimations standard combo pack setup.

P.S. The puppy in this series, steals the after-credits show, so be sure to watch each episode to the very end of the credits.