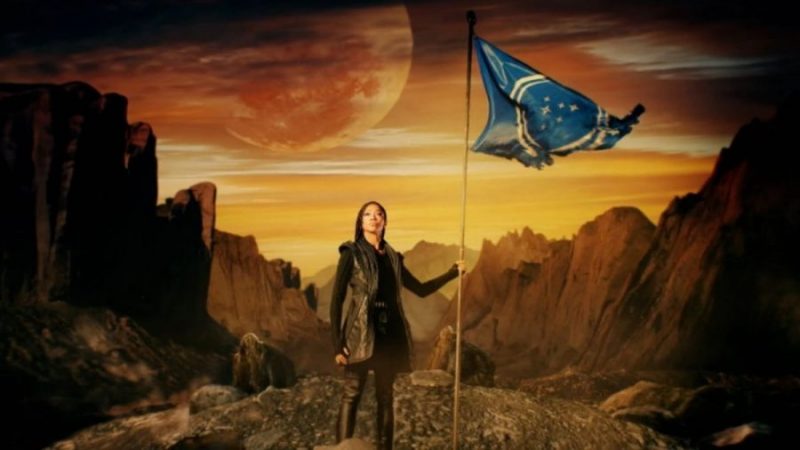 Coming on the heels of multiple panels at this past weekend’s ComicCon@Home virtual event, the Star Trek realm delivered a fun bit of news to top it all off – the release date of Star Trek: Disovery’s third season. The new adventures of the crew of the Discovery, and the personal journey of Michael Burnham, will come to CBS All-Access on Thursday, Oct. 15, for a 13-episode run.

As you remember, Burnham in Red Angel suit, along with a small compliment of crew aboard the Discovery, catapulted themselves more than 900 years into the future to keep valuable information away from Control, and thereby avert the destruction of the galaxy. The time jump will allow the Discovery to get back to exploring “strange new worlds” while meeting new life forms and, based on the trailers we’ve seen, discover what the Federation as become in the nine centuries.

At this weekend’s ComicCon@Home virtual panel, cast members of Star Trek: Discovery treated viewers to a table read of Act 1 of the season 2 finale. There were also panel discussions about Star Trek: Lower Decks, the animated offering that will premiere on Aug. 6, as well as a fun virtual panel with cast members from Star Trek: Picard.