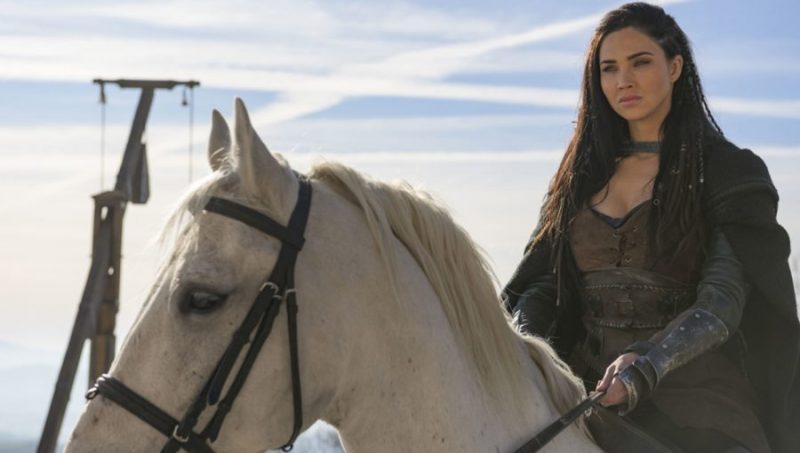 The Outpost: Season 3 Right Around The Corner – Review

Okay, at long last we are about to get the TV meal we have hungered for lo, these many months. Season 3 of The Outpost on The CW will debut on Thursday, Oct. 8, at 9 pm (ET) and judging by where we left off in season 2, there are plenty of questions that need answers and more than enough fantasy adventure to delightfully pursue this season.

I, for one, am excited to finally rejoin Talon, Garrett, Gwynn, Janzo and yes, even Zed, in what should be an interesting walk toward a season-ender that, if it’s close to season 2’s, should be something to experience. I have written this before and will certainly proclaim it loudly and often, but The Outpost occupies a very unique fantasy-adventure niche on television right now, something I believe is important on the entertainment landscape. It matters and it has gotten nothing but better from week-to-week in its two season.

But wait, there’s more. I tweeted to Executive Producer Dean Devlin about a rumor I’d come across about another season and here was his response – “We start shooting 13 more episodes soon!!!” So, it would appear confirmation that we will have a fourth season of The Outpost. Talk about excitement and joy. Let’s get this party rolling, folks. 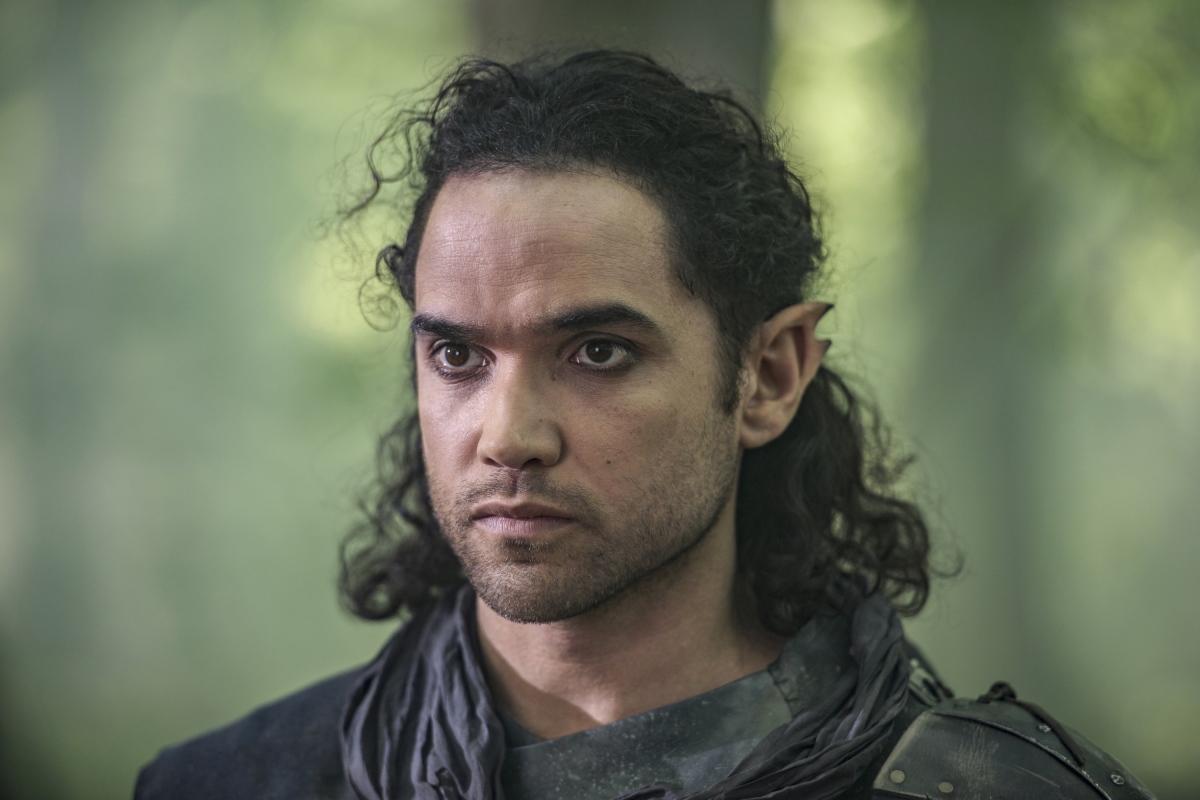 The Outpost — “There Will Be A Reckoning” Pictured: Reece Ritchie as Zed — Photo: Aleksander Letic/NBCU International

Here’s a synopsis of what we might expect to see in season 3:

“After summoning Zed (Reece Ritchie) and his Blackblood comrades to save the Outpost, Talon (Jessica Green) finds herself betrayed by her own kind and struggles to reconcile her human friends and her Blackblood heritage. With the demonic Lu Qiri providing muscle to enforce Zed’s master plan, the Outpost’s human inhabitants are enslaved as miners in search of a mysterious substance to solve a dark riddle. From her bedroom under house arrest, Gwynn (Imogen Waterhouse) plots her escape and the overthrow of her new foes.

To save her beloved Garret (Jake Stormoen), Talon is forced to summon a Blackblood Priestess named Yavalla (Jaye Griffiths) into the world. Yavalla prophesies a paradise for Blackbloods, and an era of peace for the world, but she soon discovers a power that threatens every living creature. As Gwynn and Tobin (Aaron Fontaine) become Yavalla’s unwilling allies, Talon and her friends must fight, suffer, and sacrifice their way to save each other and vanquish their new enemies.

As Talon discovers more about her lost family from Yavalla, she must piece together the truths from the lies, and solve the mystery of her heritage and a forgotten power, before the world becomes enslaved to a new power that could consume every living being.” 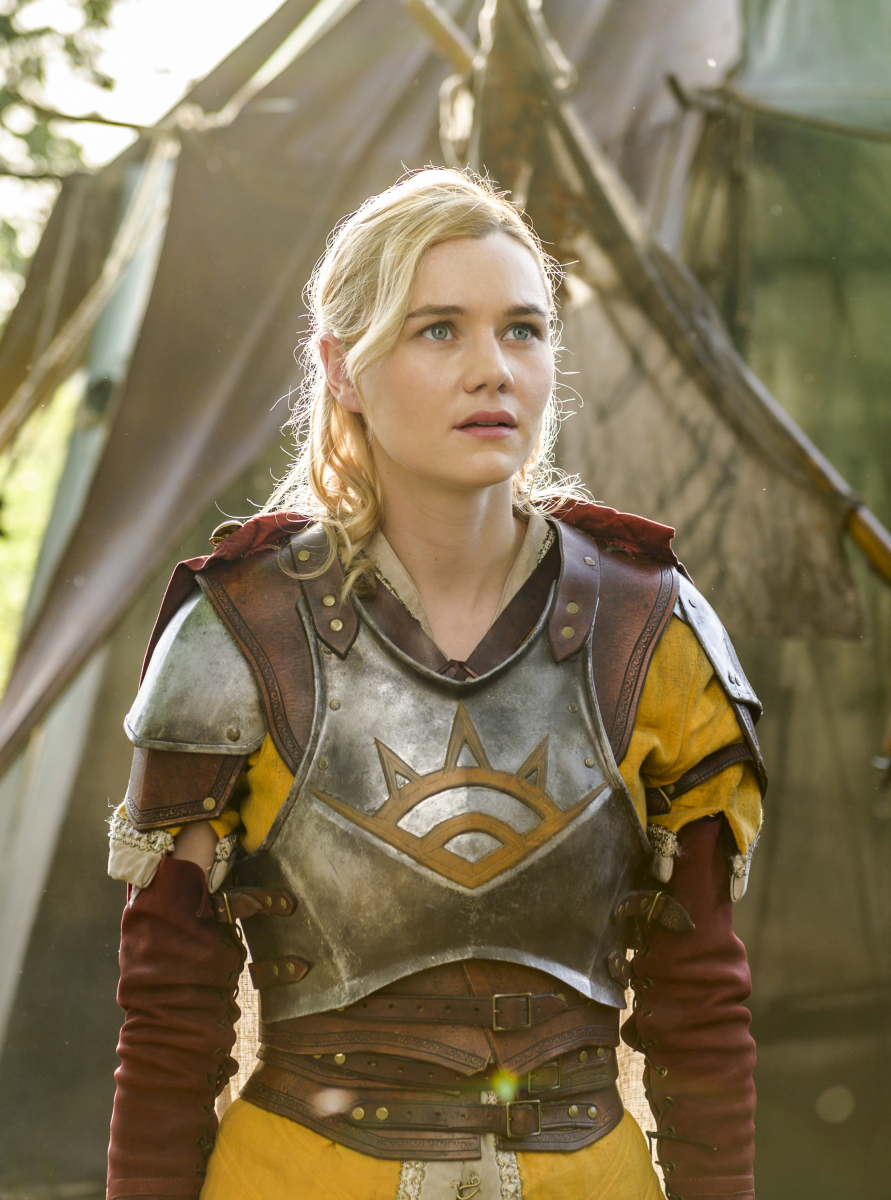 Well, well, well, that’s a pretty potent tease of information right there. It’s interesting as the world building continues in and around the Outpost, that the revelations about more and larger powers at play continue to filter out. It’s clear Talon is far more than she seems and her past is a part of what could be her future. There’s certainly a little hint in the title of the first episode of season 3, “For the Sins of Your Ancestors.” I, for one, am anxious to know more about Talon’s past, particularly why her mom sent the Blackbloods to the Plain of Ashes.

Now, what that may mean is still a mystery, but there’s little doubting that Talon has far more power and potential within her than she realizes. Perhaps being a wary ally of this Yavalla will yield some interesting and useful information about her true powers and place among the Blackbloods. The old chestnut of “The enemy of my enemy is my ally” is perhaps prophetic here.

I have to chuckle a bit about the phrase “To save her beloved Garret, Talon is forced to summon….” Why? Simply because while it would seem to make sense that they would eventually drop into the love interest zone, very little leading up to the end of season 2 indicated anything other than a working relationship that has had some strained and unfortunate moments. i suppose that’s why it’s inevitable, but I don’t know if I’d head into season 3 referring to Garret as Talon’s “beloved.” Perhaps that’s a bit of a hint as to what’s coming between the two this season? 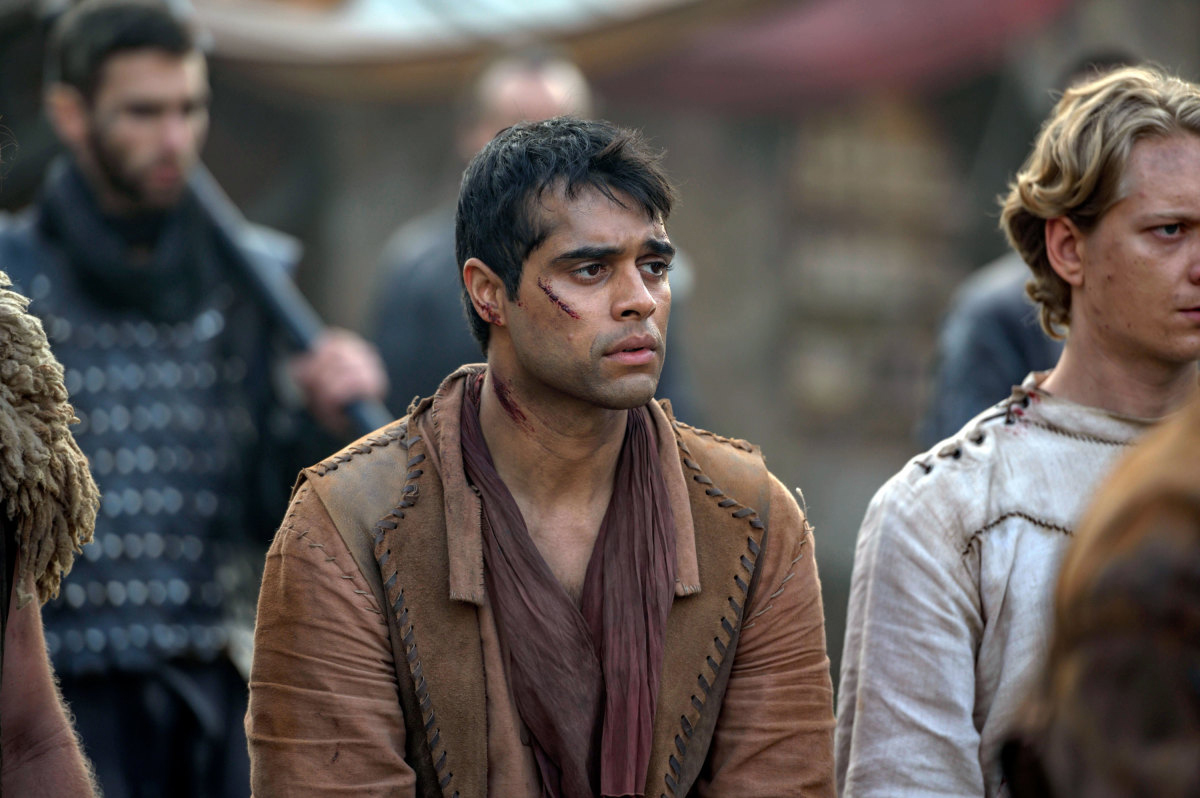 The Outpost — “This is Our Outpost” — Pictured: Anand Desai-Barochia as Janzo — Photo: Aleksander Letic/NBCU International

But let’s get onto more important matters, the final and messy death of Zed. Let’s be honest, those of us in the viewer world could see this guy was a two-faced jackanapes from the go. His constant push for Talon to summon the Blackbloods, as well as his obvious hatred of humans, seemed to seep like puss from a wound with each lying sentence he uttered. Too harsh? Perhaps, but kudos to Reece Ritchie for delivering a character that is at once charming and completely without honor. I loathe Zed and hope it is Tobin who eventually guts him in a grisly and satisfying way.

So many storylines still to be wrapped up or even expanded upon. The trail that leads to some answers and plenty of adventure returns on Oct. 8 on The CW.

Also, don’t forget my half-hour live radio show, “The Outpost Calling,” every Friday night once the season gets rolling at (9 p.m. PT) right here: https://www.threeifbyspace.net/three-if-by-space-live-radio/ In it I do a synopsis of the previous night’s episode and do plenty of speculating and ruminating on things. It’s live, so there’s a call-in number and it would be fun to talk about the show with other fans. Check out the site and listen to last year’s final episode.