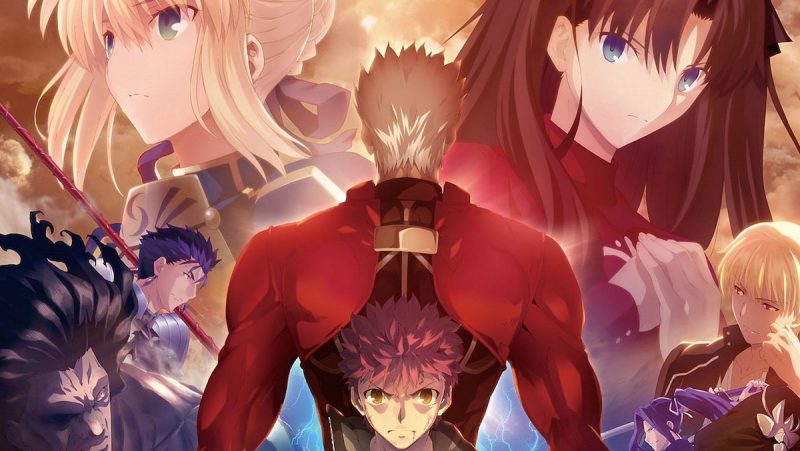 The Fate franchise is full of complex story lines and parallel stories that can be confusing at times. But one of the staple titles in the series is the Fate/Stay Night Unlimited Blade Works story line. From its memorable characters, to the stunning animation from ufotable, Fate/Stay Night has been a fan favorite since it aired in 2014. Now, Aniplex has brought the series back in a complete blu-ray set for the first time. So lets take a moment to explore the series and then jump into the features in this new blu-ray set.

Be warned, spoilers ahead. We know its been out for years now but still there may be someone living under a rock who hasnt seen it yet.

There are very few worlds that are convoluted and confusing as the Fate franchise. Type-Moon knows it and relishes it as they continue to bring us more complex timelines and stories. But whether you watched Fate/Stay Night or the Unlimited Blade Works take on it, one thing is true, Shirou does a lot of stupid things. The Fate series itself revolves around a Holy Grail War. Serveants, who are summoned as heroic spirits, are paired with mage’s to fight in this war. The final pair standing get granted any wish they want from the holy cup.

However, its never that simple. We quickly learn how the cup has been corrupted over many wars, and Shirou finds himself thrust into the middle of a battle he never wanted any part of. Yet, his past  and future are so deeply ingrained in the very fabric of this ‘game’ that its almost comical that he takes so long to realize the truth. I feel like when the story was written that it was almost intentional for it to be so obvious the more you looked at Archer. The fact that he and Shirou looked so alike and Archers clear distain for everything Shirou stood for.

So if we get past Shirou for a moment the series has a large selection of interesting characters with complex back stories. Plus learning the background of each heroic spirit is fun and interesting as well. Except maybe for Archers, which is just super depressing. The animation is superb, thanks to the studio behind the series ufotable. Their track record speaks for itself and the Unlimited Blade Works series of Fate/Stay Night another of their great works. 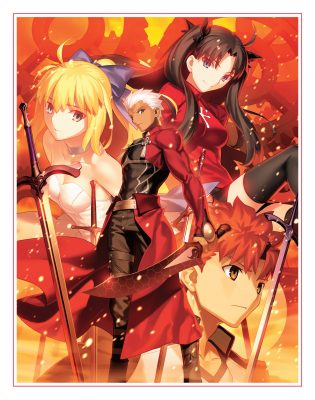 The box set will contain eight discs featuring all 26 uncut episodes from the first and second season of the series, plus the special OVA episode, “sunny day.” The must-own set features stunning package illustrations by Takashi Takeuchi (Original Character Design) and comes with an exclusive mini-booklet, along with textless openings and endings as well as a slew of promotional videos, commercials, TV spots, and trailers.

This new complete blu-ray box set makes the series available in blu-ray for the first time in a more affordable box set. You can find them exclusively at Right Stuf Anime. The previous sets for Fate/Stay Night Unlimited Blade Works cost just as much for 1 season as the entire box set of both seasons, so if you havent snagged this set on blu-ray yet, now is your chance.