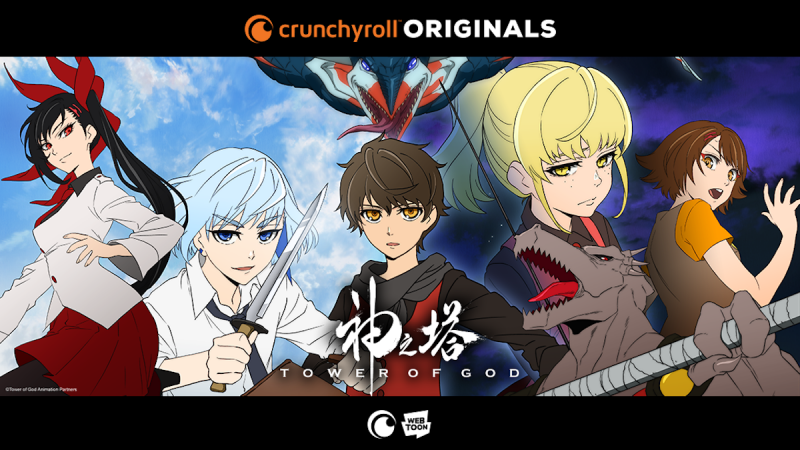 Funimation To Buy Crunchyroll From AT&T

2020 has been an interesting year and this news just adds to it. After previously short-lived partnerships and the recent buy-out of Funimation by Sony, Sony now has its eyes set on bringing Crunchyroll into the newly formed Funimation Global Group which includes Funimation (Sony Pictures) and Aniplex (Sony Music Japan). The Aniplex and Funimation sister-ship so far has been beneficial for fans of titles that Aniplex had an exclusive on. Many of them were now available to stream easily on Funimation, and older series started to get dub orders. On top of that, more affordable blu-ray releases, which plagued Aniplex (at $200 a half-season) for years.

Crunchyroll has long been the leading streaming series for subbed anime content, with a large subscriber base and a diverse catalog. In recent months they have begun to focus on their own original content converting Webtoons into anime with decent success (Like Tower Of God, God of Highschool). Still many were not thrilled with Crunchyroll dabbling in an area that subscribers would have preferred they stayed away from. Those loyal to Crunchyroll say they prefer only subbed shows. The debate over which is better rages on.

Funimation for its part has seen expanded licensing in more countries and a larger catalog as part of Sony. What this new deal means for the recent HBOMax deal with Crunchyroll or Funimation’s appearance on the VRV app remains unknown. The flip side to the deal is that they will be creating a perceived monopoly, which would be bad for fans and consumers and drive up prices. Though, so far the facts say otherwise (as mentioned above with Aniplex). Plus assuming Funimation and Crunchyroll are the only players in the space is forgetting two other players, one up and coming. The other a big name in streaming. I am speaking of HIDIVE and Netflix.

What are your thoughts? Are you excited about the merger? What do you hope they fix once they are one company? What should they keep or drop? Check out the full press release below.

Crunchyroll is a premier anime direct-to-consumer service within AT&T’s WarnerMedia segment with more than 3 million SVOD subscribers and growing.  It serves 90 million registered users across more than 200 countries and territories offering AVOD, mobile games, manga, events merchandise and distribution. The combination of Crunchyroll and Funimation provides the opportunity to broaden distribution for their content partners and expand fan-centric offerings for consumers.

“The Crunchyroll team has done an extraordinary job of not only growing the Crunchyroll brand but also building a passionate community of anime fans. Crunchyroll’s success is a direct result of the company’s culture and commitment to their fans,” said Tony Goncalves, Chief Revenue Officer, WarnerMedia. “By combining with Funimation, they will continue to nurture a global community and bring more anime to more people. I’m incredibly proud of the Crunchyroll team and what they have been able to accomplish in the digital media space in such a short period of time. They’ve created an end-to-end global ecosystem for this incredible art form.”

“We are proud to bring Crunchyroll into the Sony family,” said Tony Vinciquerra, Chairman and CEO of Sony Pictures Entertainment. “Through Funimation and our terrific partners at Aniplex and Sony Music Entertainment Japan, we have a deep understanding of this global artform and are well-positioned to deliver outstanding content to audiences around the world. Together with Crunchyroll, we will create the best possible experience for fans and greater opportunity for creators, producers and publishers in Japan and elsewhere.  Funimation has been doing this for over 25 years and we look forward to continuing to leverage the power of creativity and technology to succeed in this rapidly growing segment of entertainment.”