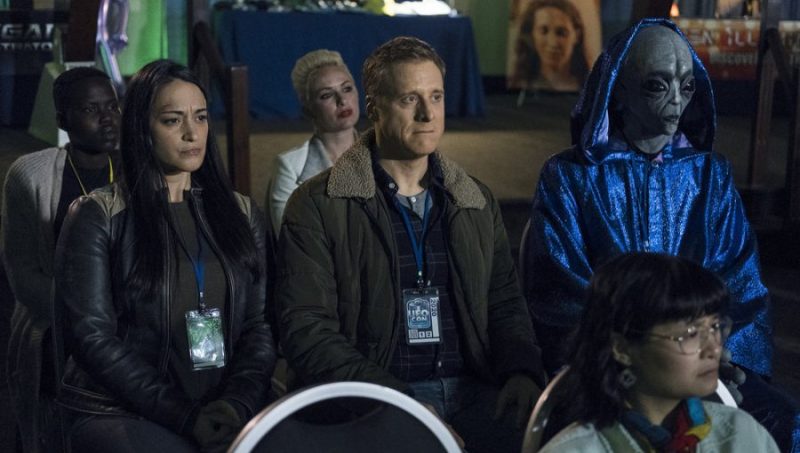 If there’s one trope I like, it’s the trope that dropped like a gift from heaven into my viewing arena in the penultimate episode of SYFY’s delightful comedy/drama, Resident Alien, which was recently renewed for a second season. That’s the kind of “hell, yes” news we like to hear about.

Episode 109 took us on the search for a bit of alien technology that humans that have been abducted have implanted in them. With this bit of alien tech, Harry Vanderspiegle – resident alien – can get his device fixed and decimate the human population of earth — at friggin’ last. And it is left to Max to point Harry in the right direction – a UFO Con some cities away. 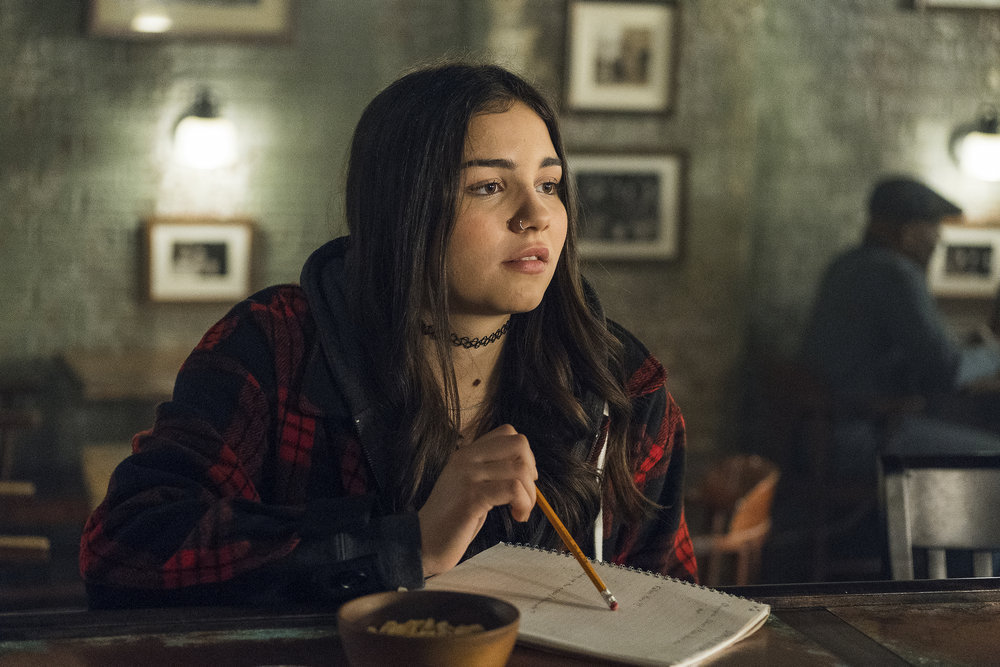 That’s right, one of my favorite tropes is the Comic Con trope, where we get to do a deep dive into the world of pop culture joy and fun. This episode of Resident Alien lifted my inner geek in a joyful way. And it was everything I could have envisioned – alien cosplay, abduction stories, merchandise, books being hawked and the speakers. Oh, those alien abduction speakers – they were a sheer delight, weren’t they?

But then it gets better. Terry O’Quinn shows up as a man who lost his child to abduction 30 years before and has now turned to the path of the “alien hunter.” But wait, there’s more. Also showing up, and having an interesting conversation with Harry later on (as Harry noshes on his green room fruit), is ufologist and television presenter Georgio Tsoukalos.

This kind of thing really makes me smile when I’m watching a show. As a passionate CON-goer, it’s always a bit of a thrill to see that world presented. Watching Harry try to shake the “alien hunter” while moving in his stiff manner and making all sorts of assumptions about the world around him is a good bit of fun. In the end, Harry makes good on his plans, finding the alien device embedded in – wait for it – the man tracking him (O’Quinn). 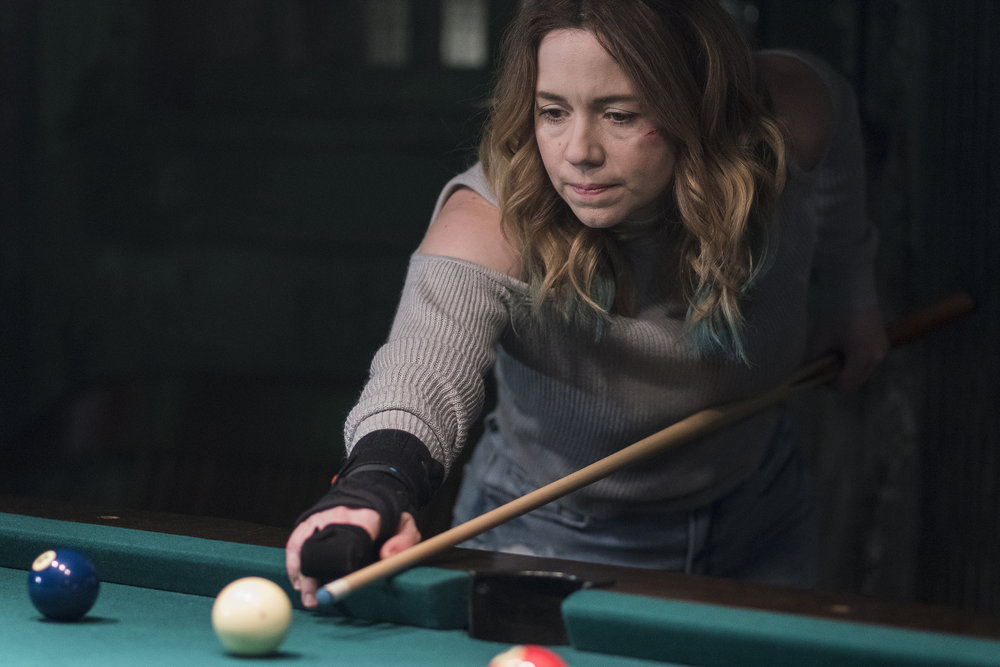 There’s a great moment where a woman who’d embellished her story with x-rays is caught in an alien autopsy photo op with Harry, who is convinced she has the tech. Turns out to be a BB imbedded in her neck. Lesson here is don’t BS on the alien abduction stuff. You’re either in or your not. You don’t know who’s watching, or more importantly, if an alien is stalking you with a scalpel.

One thing’s for certain, Harry’s desire to stay hidden is starting to unravel. Now, not only do Max and Sahar know, there’s Asta, Asta’s dad, the alien hunter guy, and the two agents from “the general.” His veil of secrecy is wearing very, very thin and it should be interesting to see just how he manages when all these little threads tie up in the season finale. Oh, they won’t all tie up, no doubt, but you can feel that some of this is coming to a head as the first season nears its conclusion. 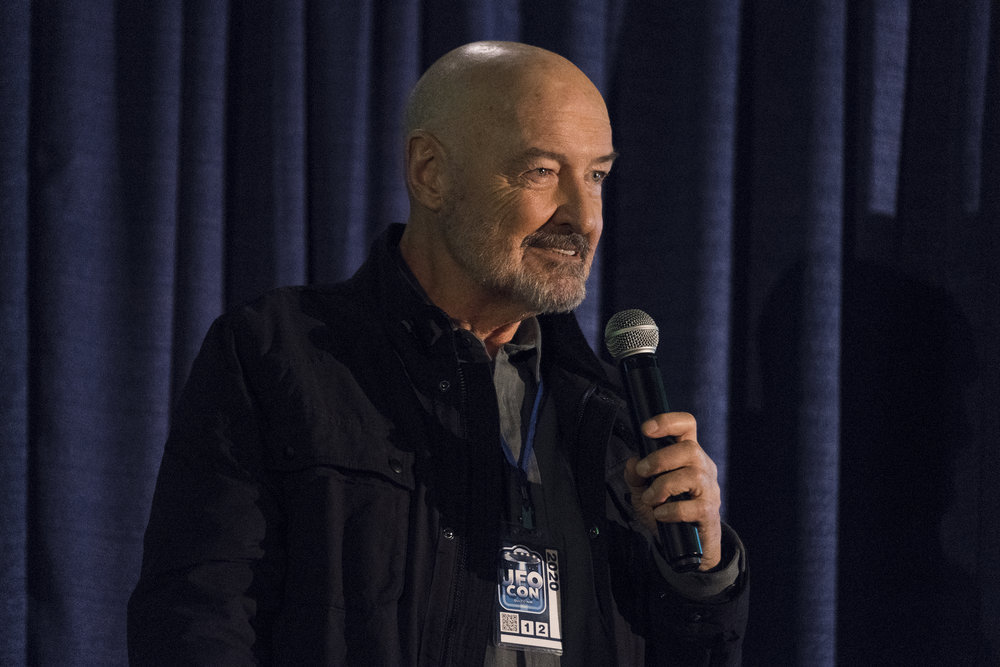 So, while Harry probably is feeling pretty good about himself at this point, there’s a whole world of hurt coming his way — as if falling into a crevice and having your leg chopped off weren’t enough (thanks goodness for the octopus DNA). Oh, and the mixture of his rudimentary human experience and general alien arrogance should be fun to watch.

The agents are in Patience, Max has discovered their nefarious plans (Max is the truth, baby. What 10-year-old sets their computer camera to record if anyone entered the room? Max does. That’s such a Sahar move, right), and D’Arcy had “a moment.”

I’ve been hurting for D’Arcy for some time. You can tell the scars of a failed Olympic dream are deep and seemingly one of her constants. But, her gutsy, tough, no-quit effort to save herself, Asta and Harry in the last episode gave me some hope that it was a turning point moment. But I’m not sure. She’s looking for something from Harry and Asta, who are now entangled in the whole “alien” storyline and kind of leaving her out in the cold. A moment that should have solidified their friendship seems to be valued only by D’Arcy at this point. 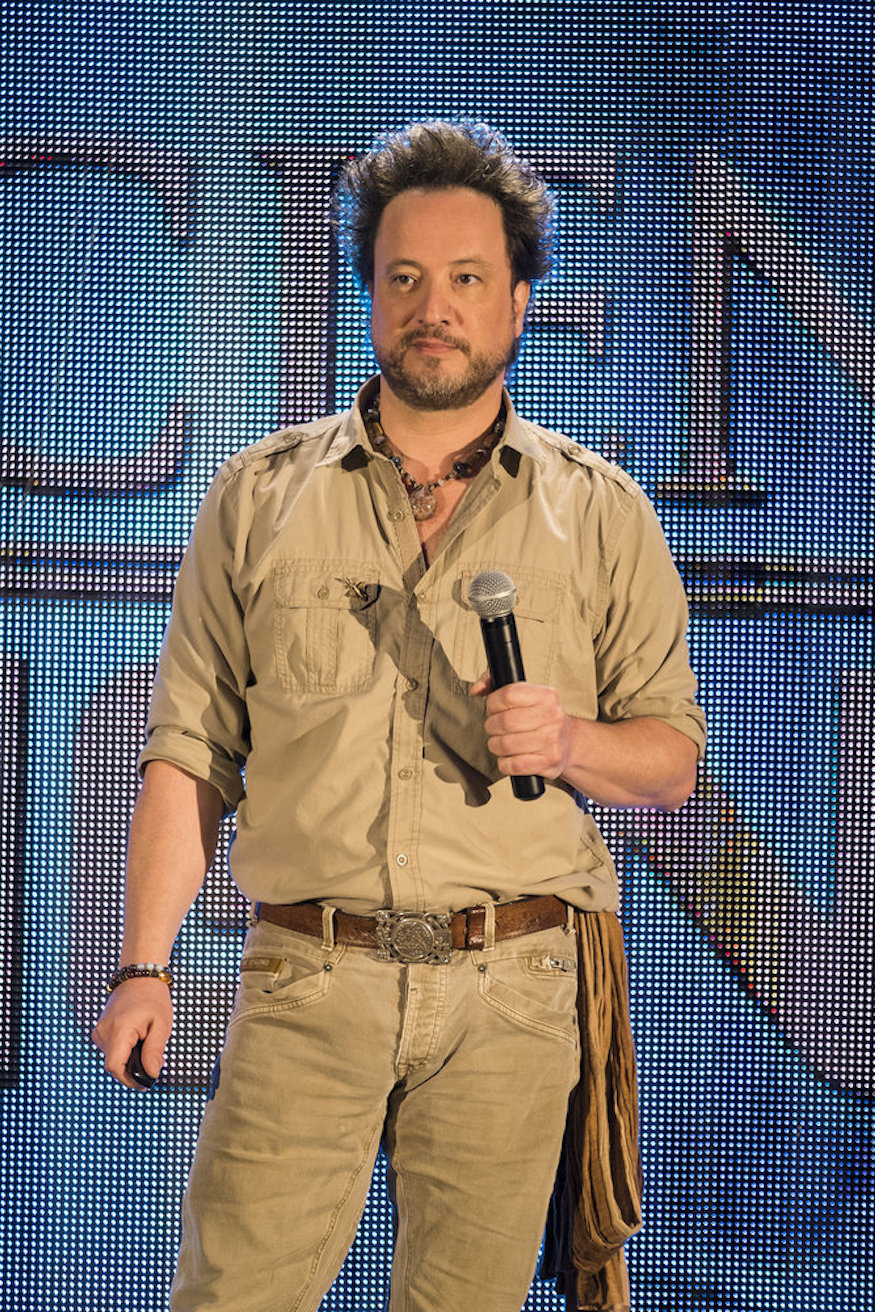 I”m worried about her. And in her search for answers, she visits Harry’s cabin, breaks in, for some reason decides to break open the lock on the freezer (which I thought odd) and, after a second look, discovers frozen Harry at the bottom of the locker (cue scream). It would appear that D’Arcy must now be brought into the cone of secrecy as well, not too mention the dampening of her ardor for the doctor. Her shotgun approach to life may be very interesting to watch with all that’s going on.

I mean, can D’Arcy catch a break relationship-wise. The effort on the mountain, when quitting was a choice she simply decided not to make, should have been a turning point for her. But, episode 109 doesn’t seem to indicate that will be the case. That bothers me, to be honest.

Fortunately, balancing out that semi-bummer of a vibe, was the reconciliation between sheriff and deputy. That’s right, Mike Thompson and Liv Baker have reconciled in a sappy karaoke moment that was a delight. 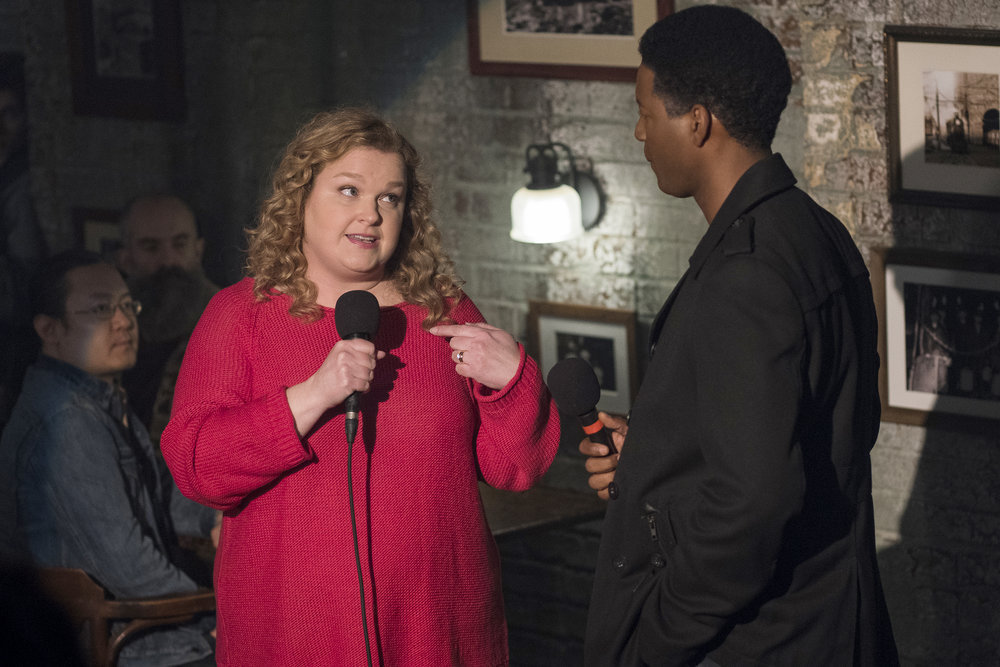 Mike’s dad offered him a few well-placed snarky words of sage advice and our good sheriff finally opened his heart and saw that what he had in our deputy was a smart, savvy, imaginative and very capable partner – whom he’d selfishly overlooked. He also got the chance to put Liv’s pieces together and arrest Sam’s wife, which was quite the moment in the salon.

The karaoke make-up moment was really well done and Corey Reynolds has some serious pipes on him. You two make a good team. Patience is in good hands.

So here we are, on the precipice of the final episode of Resident Alien, the little comedy-drama that could. It’s been a good ride and I’m anxious to see how they send us out of Patience, Colorado.