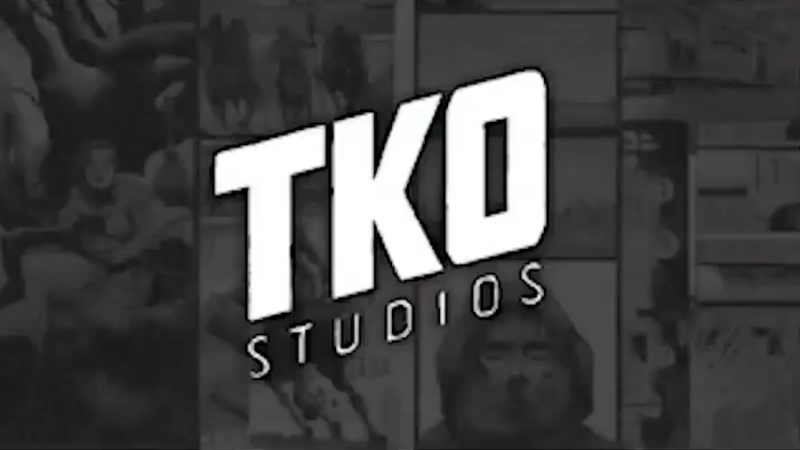 (Press Release) TKO delivers a potent combo of one-punch knockouts for June with the release of a new round of TKO Shorts, self-contained, limited edition, single issue, original titles from acclaimed creators that each debut on June 1st. The new titles include RIVER OF SIN, ROOFSTOMPERS and THE WALK; print copies will be available direct to readers via tkopresents.com and from participating comics retailers.

A grieving father joins the parents of other murdered and missing children in their small town to hunt for the mysterious and potentially supernatural force that is responsible and uncovers an even more grisly conspiracy in RIVER OF SIN; a lone female game hunter gets more than she bargained for after she is rescued by a mysterious couple who receive sinister nighttime visitors known as the ROOFSTOMPERS; a visceral battle for survival more than a mile under the ocean ensues in THE WALK. 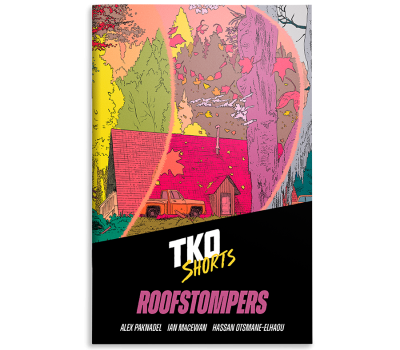 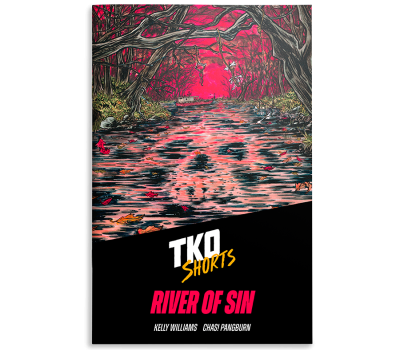 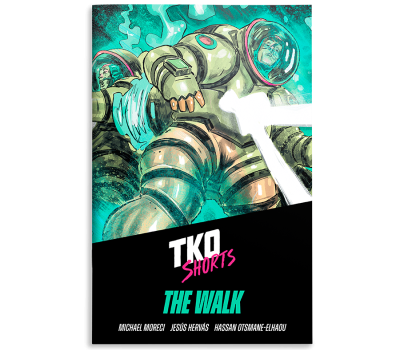 Children are being found dead and mutilated in the woods. Alonso fears this might be the fate of his daughter. In a desperate hunt for answers, he and the other grieving parents must take matters into their own hands. Could it be the suspected Bruja, hungry for young blood, or is there a bigger secret among the townsfolk? Discover the truth in RIVER OF SIN by Kelly Williams and Chas! Pangburn.

Far away from the pressures of being a surgeon in New York City, Cassie decides to take a solo hunting trip to Wyoming. There she is attacked and luckily rescued by a middle-aged couple living in an isolated cabin with their son. After weeks, she isn’t getting any better and she begins to question the couple’s motives and the strange nightly visits that they dismiss as the “Roofstompers.”

Alice and her team of aquatic explorers are eager to study what lies beneath the Atlantic Ocean. Stationed at the Midnight Zone, 2000 meters below the surface; their supplies start to run out. In a dangerous expedition to survive, they must push through but soon realize that the ocean is more vast, dark, and mysterious than they could have ever imagined.

RIVER OF SIN by Kelly Williams and Chas! Pangburn

THE WALK by Michael Moreci, Jesús Hervás, and Hassan Otsmane-Elhaou

TKO Studios launched in 2018 and was founded by Salvatore Simeone and Tze Chun.

Simeone founded Seasoft, one of the largest providers of data center software solutions in the world; he is also a professional driver in the IMSA/GTO and SCCA Trans Am auto racing series. A lifelong fan of science fiction and horror, he also created the 2021 Bram Stoker Award nominee Lonesome Days, Savage Nights.

Tze Chun is a TV showrunner, writer, producer, and director; he created the Gremlins animated prequel Gremlins: Secrets of the Mogwai coming soon to HBO Max. His previous TV credits include Gotham, Once Upon a Time, and Little America.

TKO Studios was recently nominated Publisher of the Year by Tripwire Magazine. It earned a 2020 Eisner Award nomination for the bestselling series, Sentient, as well a 2021 Bram Stoker Award Nomination for Lonesome Days, Savage Nights. With a growing library of IP, TKO Studios ranks in Shopify’s top 1% of e-commerce companies and boasts nine Amazon #1 bestselling titles.