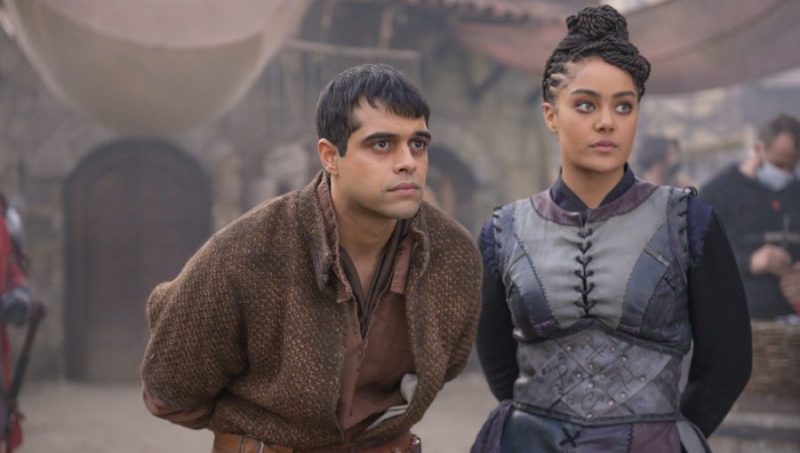 As the title to Episosde 3B05 of The Outpost so succinctly states, “They Bleed Black Blood.” An interesting turn of events in this week’s episode. The curious case of the Skevikor seems to be coming a little more into the light even as Falista continues down a path that seems clearly destructive. My annoyance with her early in the season is giving way to a kind of mild sadness as I see that there may be only one way it all ends for her.

While Falista creates a traveling Kinj caravan, Zed, Talon and Luna have an up-close run-in with the ‘Gods’ and discover that, strangely enough, they do bleed black blood. The idea that they are all-powerful takes a hit in this episode, which is interesting. Wouldn’t it be ironic if The Outpost took a step out of its fantasy-adventure genre and introduced a little sci-fi tangent that includes the ‘Gods’ and the creation of the Blackbloods? I mean, an alien element is highly unlikely of course, but talk about a twist.

And with that, the reminder that SPOILERS are coming up. So, if you don’t want to be SPOILED, do not read anymore. But if you’re not afraid of SPOILERS, then by all means, let’s talk about this episode of The Outpost. 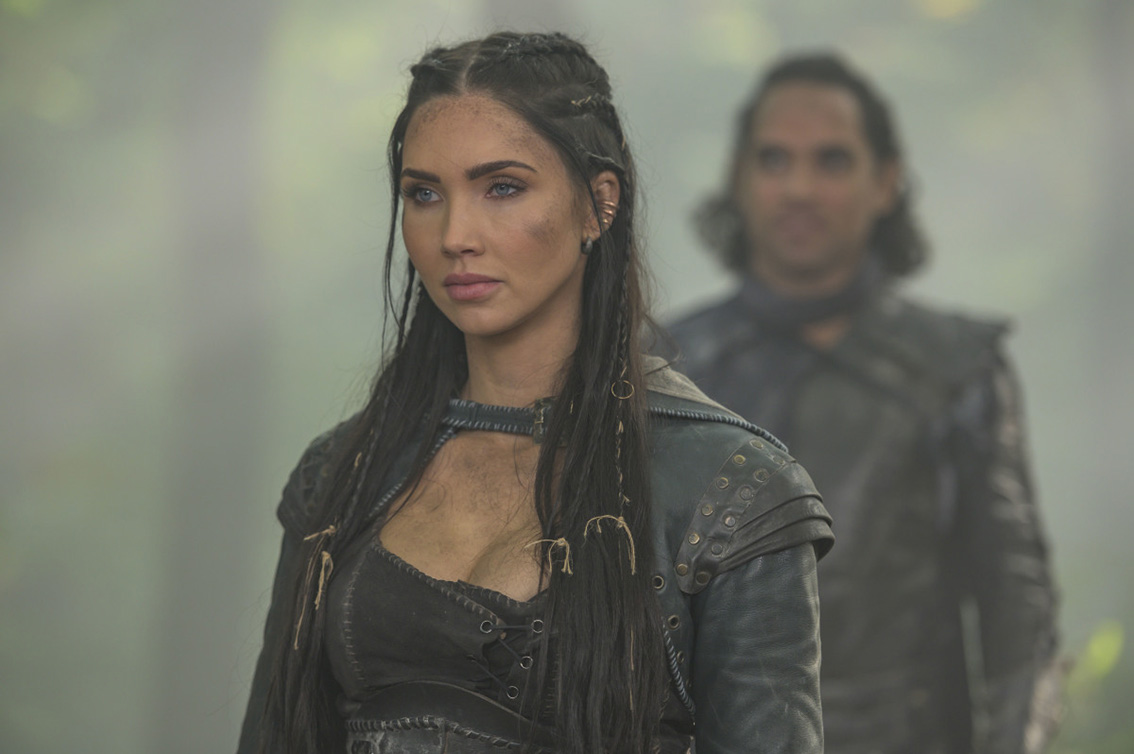 Let’s be honest, with three Kinj with their masters, or on the way to find their master, and the four other Kinj on their way to the capital at the behest of the “Gods,” it feels as though there’s a showdown of sorts coming. I find that to feel really bad. But Falista, favored by the Gods as she thinks she is, is determined to heed their call. And with that, she has formed a traveling circus that will head to the capital. With Tobin on horseback beside her and Talon and Zed chained and in a cage behind her, Falista seems to be walking everyone to their doom – be it by the Gods sucking the Kinj out of them or the Skevikor coming to fruition.

There are moments when you can see Falista’s confidence wain, particularly when someone brings up a solid point. But she quickly dons the guise of “chosen of the Gods” and convinces  herself of her own righteous status and bulls her way through the point. I think Talon said it best when she told Falista that she should “listen for once.” That is not one of Falista’s skills, particularly in this scenario. The insecure, unsure, frightened woman that wears the crown has found her crutch and she holds tightly to it, no matter how much sense others make. That’s a dangerous situation for everyone. It’s a tad despotic, don’t you think?

I’m coming more and more to the conclusion that Tobin is going to have to make a decision — and soon. I’d already speculated about he and Garret possibly having to square off and in this episode we saw the first inklings of that possibly happening. Tobin told Garret not to make an enemy of him. For Garret’s part, he knows that things are coming to a head and that Tobin may be the only one capable of stopping it. And if he can’t, Garrett will certainly try. This episode nudged the door open that these two may have to square off at some point. I hope not as I think they respect each other in that way that brother warriors do. But Falista has become a full-on delusional menace to everyone’s safety and someone – or some thing – will need to stop her. We shall see. 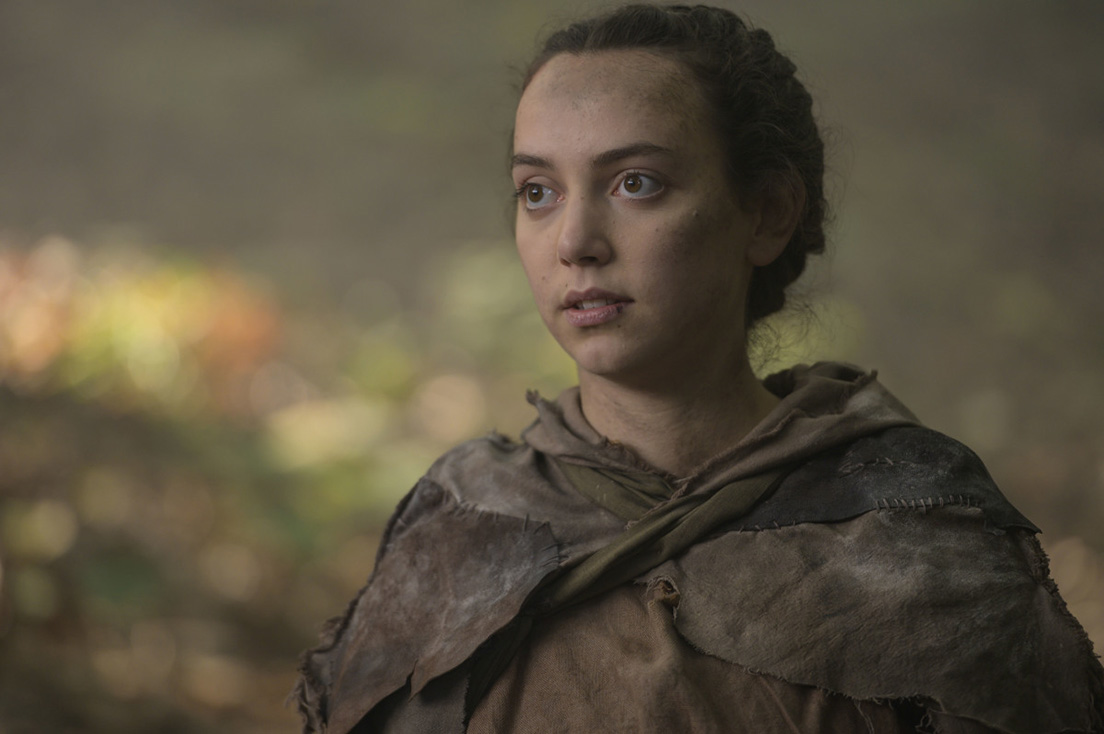 The relationship between the “Gods” and the Blackbloods took on a little more of an interesting twist as Zed and Talon try to escape the clutches of Vorta and the newly-freed Tera. What we clearly learn is that the Kinj is who the “gods” are talking to, not the human or Blackblood host. Two found that out in an unpleasant way, didn’t she? She was disintegrated and the Kinj freed to find its original master, Janya. But while that was interesting, I found the whole “gods” need life force to revive, they bleed black and they need a healer, to be very revealing. I don’t know about you, but I don’t find that whole scenario very “god-like.” Do you? Neither did Talon. Mmmm, interesting.

Luna’s return to help Zed and Talon in their escape proved very informative as her arrows hit the mark. While it didn’t kill Vorta and her companion, it did stop them and demonstrate they can be hurt. And the black blood? Clearly, the relationship to the Blackbloods is starting to be established, which fills me with a ton of excitement. I like the thought that the relationship between the Kinj, Blackbloods and Gods finally is coming out from behind the curtains.

I did enjoy Janzo and Wren going to the hidden city beneath The Outpost again. I’ve always wanted to see them explore that part of the story again and, at last, they make their way there. On a side note, the context of blood succession was an interesting little thread that ran into this story. Wren can read blank pages that only she who is high priestess can read. It appears that Wren was born to carry on the line of high priestesses – whether she likes it or not.

Here’s a tip, though. If you want to keep what you’re doing a secret, lock your doors. Janzo and Wren do well to unlock some of the secrets in the hidden city, secrets they want to keep to themselves, when Falista shows up. Again, a sign of the gods, she proclaims. So we have this Skevikor threat hanging over the whole episode and have to wonder just what part the “gods” will play within that. Or is it something separate and awful? Is it something the Gods might fear seeing as they aren’t “gods” in the traditional sense? They have powers, of course, but “gods” don’t bleed or need to have a healer. So there’s something a little deeper going on here. Should I talk about the alien potential? No? Okay. 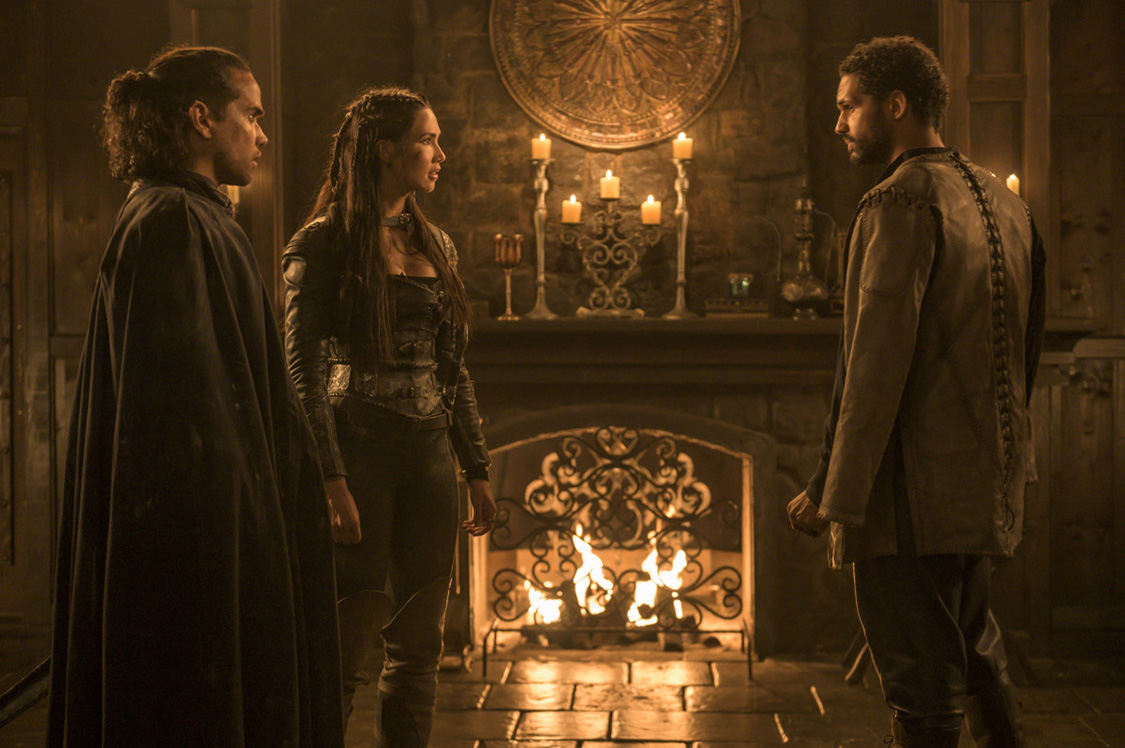 And yet in all this darkness, there are moments of light. Wren fixing Janzo’s broken nose (“There, all better”) was a fun little moment. Munt’s attempted wooing of Warlita was a disaster in the making as he followed Tobin’s advice (Warlita: “He’s an idiot”). Instead, the wreck provided a moment for Warlita and Munt to come to an understanding – they like each other for how they are in everyday life. Don’t try to be something you’re not. It’s not as attractive or fun.

I’ve enjoyed seeing the Munt-Warlita arc start to find itself a little more of late. And to be honest, their little romance is a nice counterpoint to all the tension and darkness of the episodes thus far. I think Warlita is going to help Munt to be more complete. Did you notice Munt dropped an innocent bit of good advice on Tobin again? Sadly, Tobin’s “you’re a beast’ comment was a disappointment and pointed to a need for Tobin to grow some more. But I agree with Warlita, don’t go to Tobin for advice on women. He’s got a pretty narrow window to look through on that.

It feels like “They Bleed Black Blood” gave us some very interesting little clues about what’s to come, though I’m not sure how to put them in their proper place. It feels like Falista is headed for an ugly end, Tobin is going to have to make a decision, Garret needs to do something heroic, and the Blackblood-Gods-Kinj relationship is going to become a little clearer. And what happens when and if Wren and Janzo find the key for that mechanism they uncovered? Is Skevikor a thing rather than an event? Oh, that’s a tasty one.

A quick RIP to Vika and Two, who were both sacrificed to resurrect Tera and Janya, respectively. Again, the life force thing is kind of interesting and it’s clear that the “Gods” will sacrifice anyone to get the Kinj back to their original owners. Two really did “serve” the needs of the “gods” didn’t she? I’d like to think Falista would have learned from that, but Talon’s news didn’t really impact her, so deep is she down the rabbit hole. Things are about to get really interesting, particularly on the road to the capital. Oh, by the way, did you spend a little time listening for the music from composer James Schafer. It permeates the show in an interesting way.