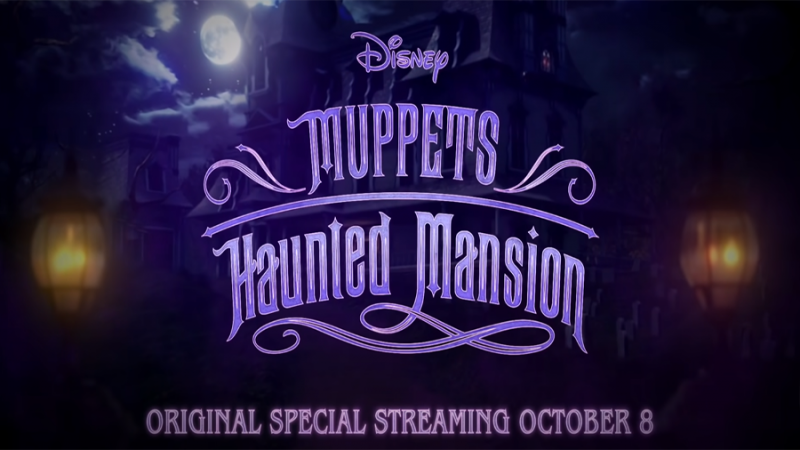 Muppets Haunted Mansion is a 10/10 without any doubt in my mind! I know that’s really early to say in a review, but I have to be upfront about it. I think it is the cutest and most perfect movie I have seen in a while. With a run time of just over 45 minutes this movie is a great spooky choice for the entire family. The Muppets bring the Haunted Mansion to life and it is so witty and fun that I found myself laughing almost the entire time. The jokes and Easter Eggs were phenomenal. The cast and voices were, as always, phenomenal. The setting was phenomenal. It was all phenomenal! I clearly enjoyed Muppets Haunted Mansion and I highly recommend that you watch it.

Now, I’m going to get a bit spoilery below, so if you haven’t seen it I recommend stopping here! 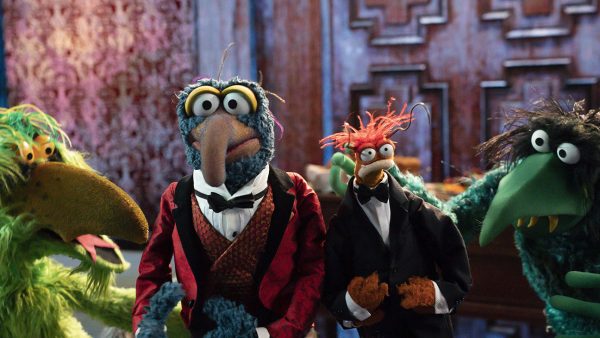 Firstly, I love the dynamic between Gonzo and Pepe so much. They make up for the fact that Rizzo isn’t around by having Pepe be in your face funny. He’s a suave King Prawn and he definitely doesn’t shy away from why he’s there. His whole goal from the get go really sets up some great interactions through the film and I love Gonzo trying to convince Pepe that this isn’t a party, but Pepe won’t listen!

Gonzo carries the movie, like he always does, but this time his storyline was about facing his greatest fear. At first, he seemed to be fearless, but by the end we learned that he really isn’t. Let’s face it. No one is truly fearless and that’s what the Haunted Mansion was trying to show him! The moral of the story was really great and not lost in the humor at all. They did a great job making sure that we knew exactly what this was about, but still making it a lot of fun through the whole journey.

The cast was star studded and each of them brought something great to the screen. Will Arnett was delightful! His deadpan Ghost Host voice was perfect and the pun and Easter Egg filled commentary was delivered so well. He was the perfect choice for the Ghost Host! The supporting actors were great too! Taraji P. Henson did an incredible job as Constance. Her whole vibe felt crazy and spot on with what I imagine Constance would be like in a “real life” application.

Let’s also not forget to mention the wonderful ghosts in the graveyard! All of the singing busts surprised me (looking at you Geoff Keighley!) and the shot went pretty quickly it was kind of hard to determine who everyone was until the end! I loved Danny Trejo’s appearance too! Lastly, the great appearance by the one and only Ed Asner. I can’t lie, I got a bit teary eyed at the tribute to him during the end credits.

Alright. There were so many Easter Eggs and fantastic fan service moments throughout Muppets Haunted Mansion I have to mention my favorites! My first favorite involved Madame Pigota’s scene! The maid who she called to clean up her glass was none other than Kim Irvine! She is not only a very celebrated and well-known Imagineer, but also the daughter of Madame Leota herself! Leota Toombs was, still is, the face and voice of the floating head “Madame Leota” in the Séance Room. Kim also filled in as Leota’s voice during the Haunted Mansion Holiday’s overlay.

The next great Easter Egg was the number on the door in the hallway. 809 can be translated to August 9th which is the day that The Haunted Mansion opened in Disneyland! There were also great tells to the ride, like the “draw” scene and the “doom buggy” that Statler and Waldorf were in while heckling poor Fozzie. The stretching room, the ballroom, the hallway with the scary door! All of it! So many great scenes from the ride all played out perfectly. Constance’s attic and her husbands were such a great part of the movie too!

As I mentioned in my trailer preview, the façade of this mansion seems to be similar to the Phantom Manor in Disneyland Paris (DLP). That thought was pretty much solidified in my mind when Sweetums came barreling through the hallway pretending to be a train! For those unaware of the story, in DLP the Phantom Manor is owned by the minor who struck gold in Big Thunder Mountain (or the train rollercoaster). In DLP, the Phantom Manor is part of Frontierland. It’s a pretty fantastic story and if you’re interested you should check out the video Justin Scarred did explaining it.

As for the movie, there are tons of other Easter Eggs that I could dive into, but that would make this review really long!

Overall, I absolutely adored this movie. Every single thing about it was amazing! The story, the musical numbers, the comedy, the Easter Eggs. All of it was top notch! This is absolutely a love letter to Haunted Mansion fans and Muppet fans alike. You can tell Kirk Thatcher and everyone involved put their hearts into it! This is an adorable spooky movie and is a perfect way for a family, or anyone, to kick off their Halloween season!

What did you all think about Muppets Haunted Mansion? Let us know in the comments below!