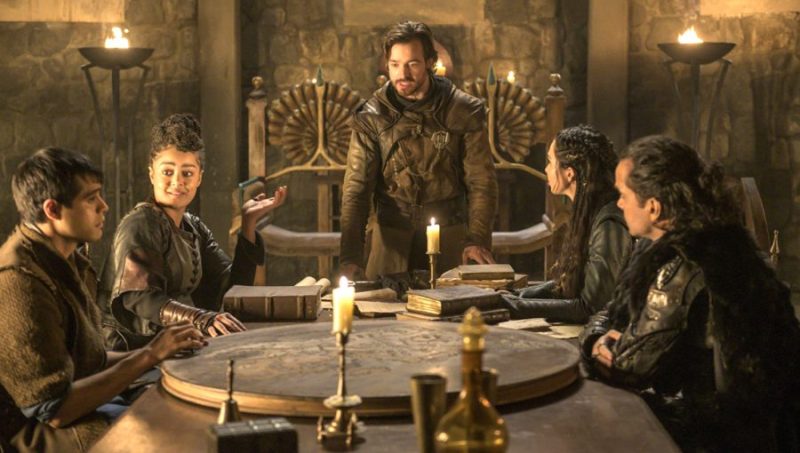 This is going to be somewhat brief compared to my other looks at single episodes of The Outpost. The series’ penultimate episode, “The Betrayer,” did a lot of setting the table for the season finale next week, but along the way also provided some interesting perspective on these wonderful characters we’ve been following for 49 episodes. And I liked that. I liked getting some answers and within those answers some perspectives changed.

The truth is, this episode was kind of that deep breath before the plunge. There were some cool revelations, but it was all about getting the pieces in place for the finale. So, if you want to read on, be forewarned there are SPOILERS ahead. I repeat, SPOILERS ahead.

I think that the revelation that Aster is the father of the Blackbloods, and by extension the Blackbloods and humans are kin to each other, had an interesting impact on several of our heroes. I think it gave Talon the permission she needed to let her love of Garret free. It was hard not to miss that her demeanor towards her lover changed significantly when she, Luna and Aster made it to the Outpost. She was warm, affectionate and clearly letting her love light shine through, something we hadn’t seen in a long time from her towards Garret. She’d been moody, aloof and hard to get close to. Acerbic is how I’d describe it. 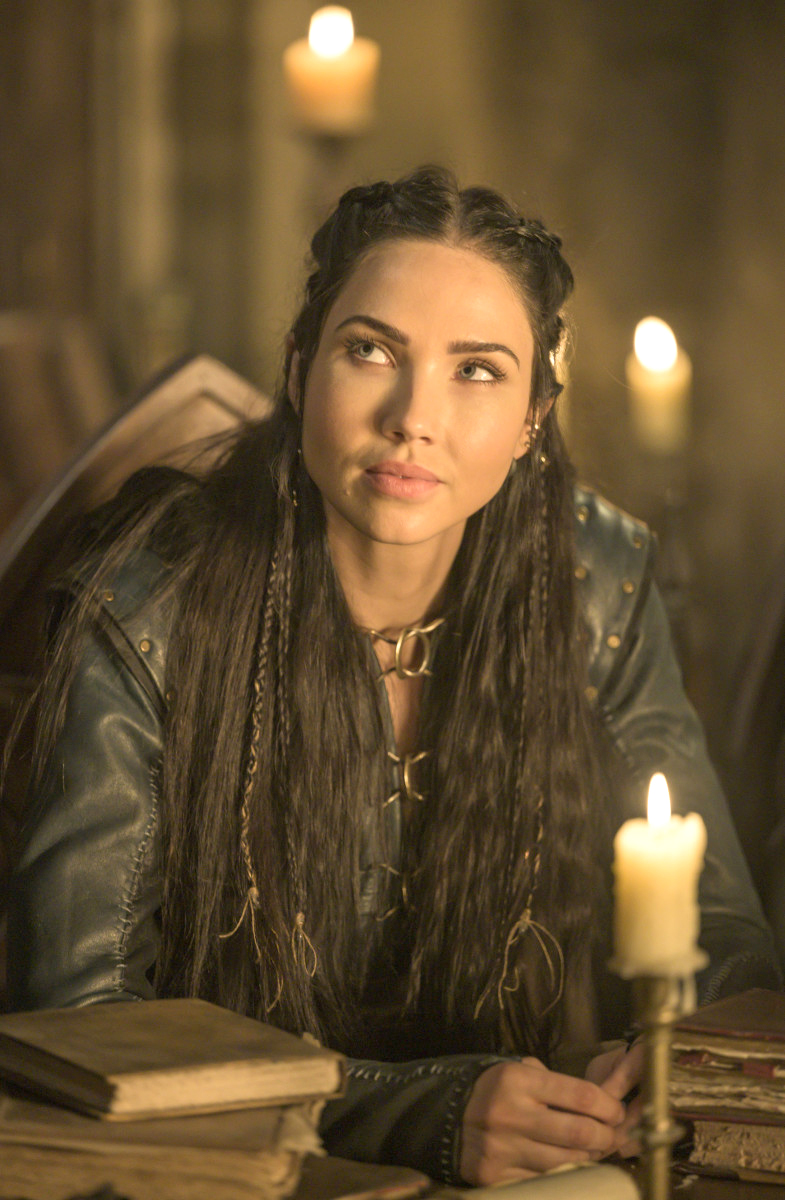 And yes, as much as I’m against the notion, it would appear that a wedding is in the offing between them as Talon gave Garret her “yes” to his marriage proposal from a couple episodes ago. Look, I know there’s a strong passion for the “Garron” love match, but I struggle to see them sitting around the castle ruling over the lands when there is adventure to be had just outside the gates. And I want them to chase that adventure. They seem built for adventuring, not domestic bliss. But that’s just my “Garron” fantasy.

I suppose it’s the swashbuckler in me. However, given that humans and Blackbloods share a common ancestry, the idea that Talon and Garret could rule the lands isn’t as unappealing as before. So with that, yes, it appears wedding bells are in the offing. Enjoy. Their confessions of love from that first moment outside the Outpost gates must have sent a segment of the fandom into a watery-eyed moment of bliss. We all knew it, of course, but to have them confess it (chef’s kiss).

Aster provided a lot of interesting tidbits, including the notion that he is the father of the Blackbloods. He also noted that he and Talon shared a common bond due to her having had his Kinje for so long. And, he cannot face the other six or they will hold sway over him. His slip of the tongue about Talon facing them earlier in the episode was revealed to be true. It would appear that Aster cannot oppose his brothers and sisters when they are all together.

Hence, once again the dirty work looks like it will fall to Talon. I suppose, as this show comes to a conclusion, that’s as it should be. Talon will again have the Kinje and the goal is to send the other six to a barren and frigid wasteland where they will freeze and ultimately die. In truth, Talon standing against the oppressors kind of brings this show full circle in some ways. I’m sure she’ll have help, but it looks like much of what needs to be done will fall into her lap…again. 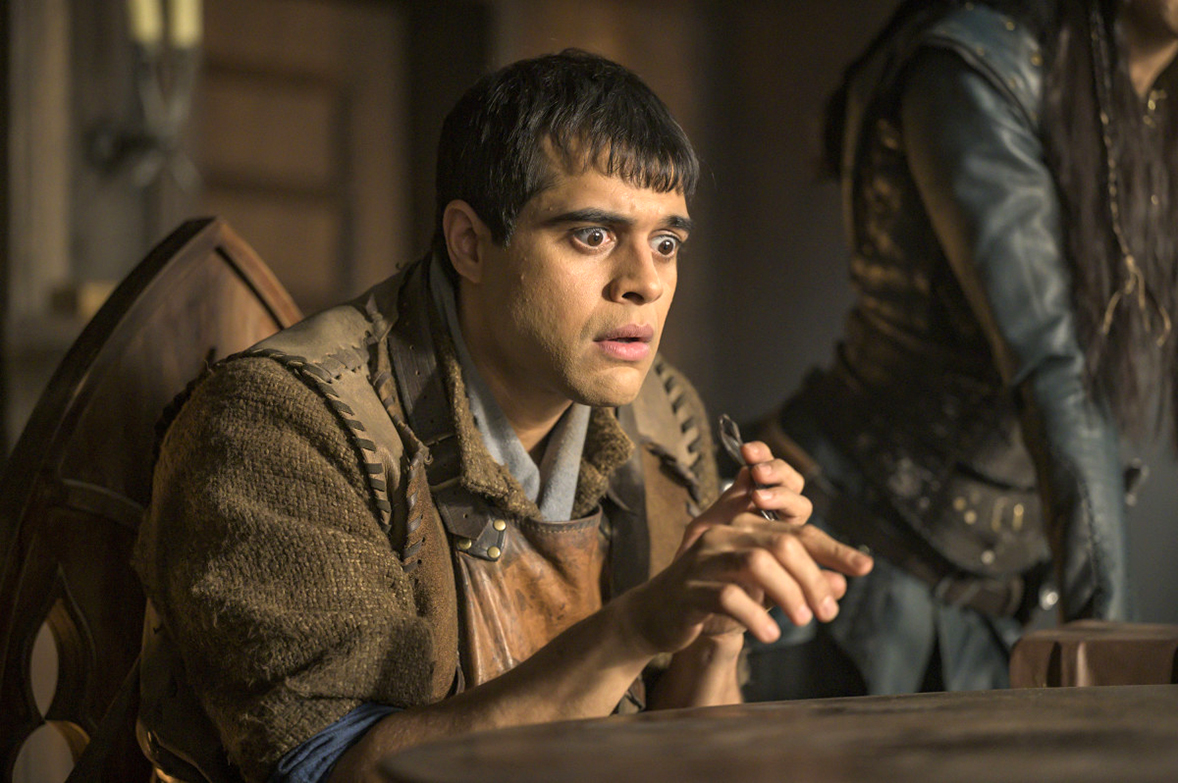 What has been also of interest to me is Janzo and Wren’s fence-sitting about the coming apocalypse. Their relationship with Marvyn has become the primary source of motivation, while the carnage of the Six seems to be subservient to that. Wren, in particular, seems hell-bent on saving the Kahvi from a life of enslavement or death. I admit that her attitude kind of left me befuddled as it seemed that she had her priorities a little askew.

However, in thinking about it, I think Wren’s empathy towards the Kahvi is a direct link back to the near-extinction of her own people. She couldn’t do anything about the Blackblood genocide, but she damn well wants to do something for the Kahvi, a people who have known nothing but enslavement. She seems very driven by this desire, even to the possible detriment of the overall goal of stopping the Six. Wren wants her cake and to eat it to. And the Kahvi, I suspect, will be thankful for that.

So in that vein, I better understand why it seems she’s more concerned with saving and freeing the Kahvi than the threat that is descending on the Outpost. She and Janzo demonstrate a wonderful degree of “humanity” and selflessness for a people they see as worthy of living a life of self-determination and freedom. Wren’s grief for her own people is now guiding her thinking and footsteps in the case of the Kahvi. Oh, her plan to defeat the Six seems to have a lot of moving parts to it, and once the Six are in the Skevikor room things could get wild very quickly, but our gang is good at thinking on their feet. 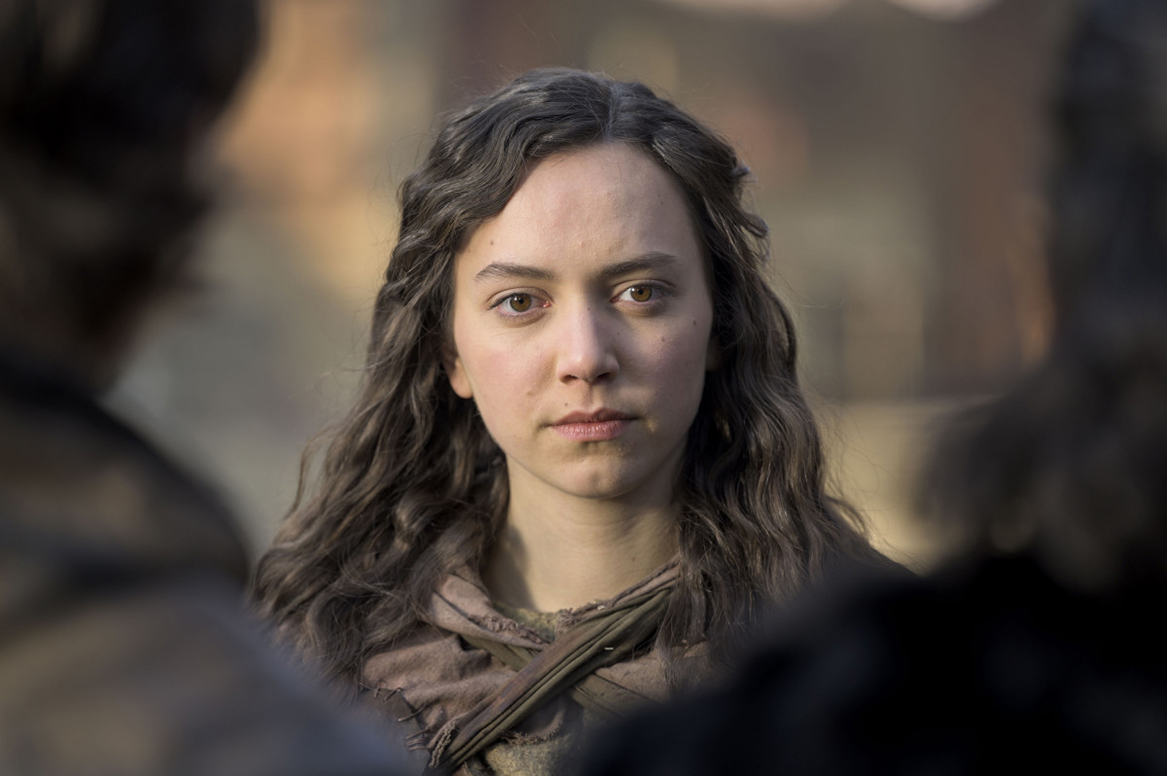 Even Zed is somewhat impacted by the revelation that Blackbloods and humans are kin, something that makes him lament the years of fighting and anger between the two peoples. Zed has had something of a metamorphosis this season as the focused drum-beater of the Blackblood cause has witnessed the death of his people, of his secret love and, perhaps the death of some bias he held against humans. He, like the rest, are bound by blood now and I think he feels the weight of that a little more than he would have a season ago.

So, our heroes await their fate at the Outpost. Wren, Janzo, Zed, Talon, Munt, Garret, Luna and Aster await the arrival of their enemies. Aster will give his Kinje to Talon, who everyone hopes will have some clue how to use it. This goes back to something many of us have noted – that Talon must have more talents than she’s aware of. I kind of wonder if she’s a direct descendent of Aster. Hope that proves true. It feels as though Aster has great faith in her. There’s also that special blade – the ahl-Kora – that helps subdue these creatures and as Aster noted, without a blade for each creature, she will need to use it on the “right one.” That’s intriguing and in my mind points toward Vorta, or perhaps the life-force gatherer. Could be? 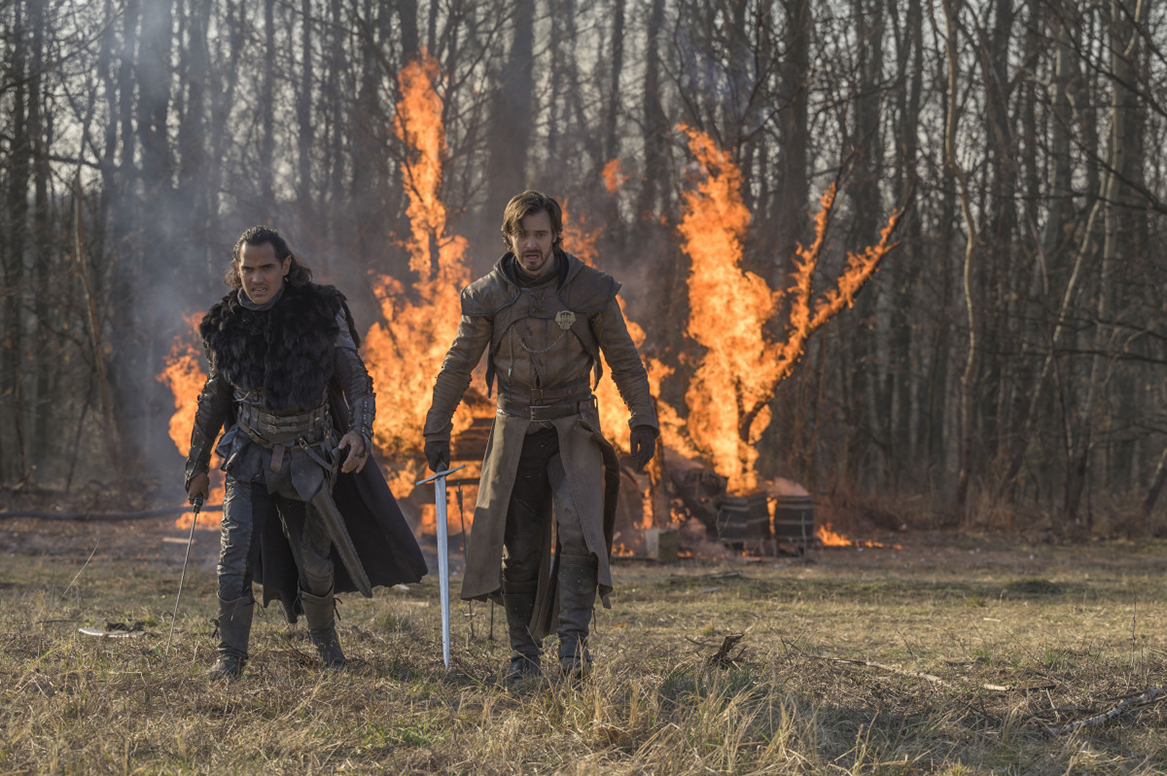 It was fun to see Zed and Garret get some action when they started that little forest fire. It has been very satisfying to see Garret find worthy companions after their relationships got off to rocky starts. He allows people to earn his respect and trust, rather than simply sit lazily on biases or past insults. He’s a character that is willing to evolve, learn and get better as a person. He did it with Tobin, Zed and even Marvyn, to a small extent. Jake Stormoen has been a revelation for me in this role and is an actor I look forward to following for years to come. His Garret is a complex individual with a capacity for evolution emotionally. And I have liked that part of him.

I’ve talked about this show and family before – the family you’re born into, the family that you end up with or the family you create around you. That’s clearly happened amongst our heroes at the Outpost. And that family has chosen to ride or die together at the Outpost. It’s always been a theme of this show, always undergirding the show’s bigger themes, but it has been there and I have enjoyed watching it manifest.

So, that family is together and about to face down the greatest threat to their world. While I lament the end of this show, I can’t wait to watch that final episode unfold and how the pieces are played. I mean honestly, why isn’t the finale a two-hour effort? So many questions that need answers and so little time. I have little doubt that the aftermath of this show will produce fan theories galore. Can’t wait to wade into those as well.