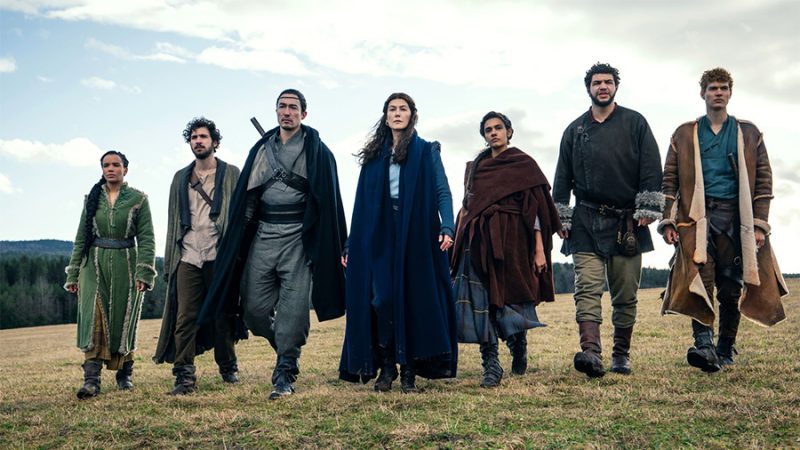 Three years ago, Amazon Prime Video started a huge undertaking, in transforming the fantasy book series The Wheel of Time by Robert Jordan, into a television series. A Wheel of Time adaptation done well, is truly ambitious, the series itself has 14 books plus a prequel; which totals more than 11,000 pages and more than 4 million words. It holds the record for being the longest (and wordiest) book series to date. Robert Jordan was a descriptive man, but he built an entire world; with different nations, cultures, accents, rules, subsets of cultures, and cities, that his readers could easily fall into. Meaning that Amazon Prime Video and Sony Pictures would need to dedicate enough talent and resources towards this project to truly do it justice. The other big part of this adaptation doing well, is the fan-base. Which absolutely can be hard to please, as has been the case with any book to screen translation. The Eye of the World, book one in The Wheel of Time series was first published in 1990. There are newer fans, like myself, but the heart of this fan-base has been building for decades now – which has everyone excited, yet cautious, going into the Season 1 premiere on November 19th. I’m a newer fan to the book series, but at my wedding I had an Ajah shawl for over my dress, our cake and cupcakes had the Flame of Tar Valon / Dragonfang symbol on them, and if my young son had been a daughter, he’d have been named Nynaeve after one of our favorite characters in the series. This fandom has been around for decades, they’ve lived through the passing of Robert Jordan before the series was finished, Brandon Sanderson coming in to finish the series off, and an old TV pilot that we just won’t even get into here. Rafe Judkins, show-runner for the new series, is a longtime book fan himself. He’s lived through those challenges with the community, he understands how and why certain things that seem small, are actually quite important, he understands the passion of these fans, but he also understands what needs to happen to make this series translate well for the screens. A little over a month ago I was given the opportunity to interview a few of the cast members from the upcoming The Wheel of Time series, and I was blown away.

Rand al’Thor (Josha) and Perin Aybara (Marcus) are two of the Edmond’s Field Five, and they are main characters throughout the entire series. It was amazing to share a quick chat with them, you can not only see their chemistry together but it is evident that these actors are passionate about these characters and their involvement in this series. Marcus is thoughtful with his answers, a trait similar to his counterpart, Perrin. Josha is furthest along in reading the books, already up to book number 11 in the series. He understands just what it means to be Rand and trusts that he was given the role for a reason. I asked them about preparing for their roles, knowing that there is such a large fan-base already there and if that was challenging. “It helps and you feel supported, but if you feel too much pressure it might feel intimidating and kill creativity.” Josha Stradowski.

Egwene al’Vere (Madeleine) and Nynaeve al’Meara (Zoe) make up another two of the Edmond’s Field Five, they are strong female characters and I can already tell that they are going to command the screen in these roles. We know that a lot of the cast members (and even some crew according to Rafe) are reading the books, so I asked them about having so much source material for their characters. With 14 books, a prequel, and the internet means that there is so much out there about these characters, and if that was helpful for their personal character development or if they were trying to stay in the moment with filming. “For us, we like to stay present and in the moment with our characters and where they are. We are aware of the major moments that happen in the future for our characters and their arc.”  Madeleine Madden

Prodcuers, Mike Weber and Marigo Kehoe had a lot of their plates when it came to helping make sure The Wheel of Time  translated well from page to screen. As I mentioned earlier, Amazon and Sony knew that this would be a big undertaking, and I truly believe they did what they could to see this adaptation done well. With the knowledge and experience of someone like Marigo (who also helped bring another popular series to life with Outlander), Rafe an avid fan of the books, and bringing on a resident book expert, Sarah Nakamura to help guide the inevitable changes – I have high hopes for The Wheel of Time series.

I know that taking a book and turning it into a movie or show can be a scary thing for fans. Especially when you’ve imagined things one way and in reality it’s not going to match YOUR exact headcanon. I’m telling you, put those initial fears aside, sit down, and give them a chance to blow you away. Yes some things will be a little different, sure some characters may not look exactly like you wanted them to, but keep in mind that this is another turning of the wheel. It is an adaptation, one that has been well thought out over the last few years, one that has true book fans at the heart of it’s very soul. These actors know and understand the passion behind The Wheel of Time, they were chosen for good reason, and after decades of being a fan – allow yourself the joy of being transported into this world. It may not be exact, but it is our turning of the wheel. The wheel weaves as the wheel wills, and in just 9 short days… you will get to be awe struck while watching these amazing and talented actors, bring our series to life.