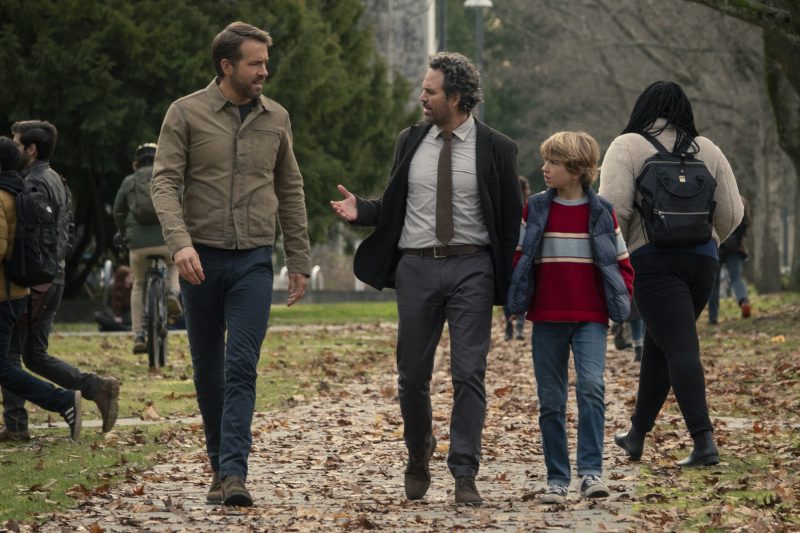 Ryan Reynolds is at it again. With yet another movie where Ryan Reynolds plays Ryan Reynolds in The Adam Project. But is that really a bad thing? Stay with me here for a bit. Reynolds has a unique way he acts that comes through very strong in any character he plays and why he gets crap for always playing himself. Yet in this movie, which he co-directed with Shawn Levy (Real Steel, Night At The Museum), he manages to make the film more than about his character.

A time-traveling pilot teams up with his younger self and his late father to come to terms with his past while saving the future. 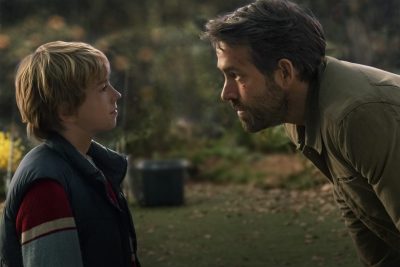 Nothing says Ryan Reynolds like a time-traveling sci-fi film where you get into a name-calling match with your younger self. In The Adam Project, Reynolds accidentally goes back to 2022 in an attempt to find out more about the mysterious death of his wife. This means he ends up running into himself but not accidentally. You see his ship requires his DNA and apparently even his ship thinks he’s not fit to fly it. Young Adam is fed up with everyone and everything. Having just lost his dad a year ago, the boy continues to deal with bullying and fights at school and is angry towards his Mom thinking she doesn’t miss Dad.

Mom and Dad are played by Jennifer Garner and Mark Ruffalo. So yes, Deadpools dad is the Hulk. If you pay close enough attention to the lines towards the end of the film, you will catch jokes that call back to Marvel, Deadpool, and much more. The heart of the film really comes around young Adam played by Walker Scobell. This film is Scobell’s first acting gig. However, he easily went toe to toe with Reynolds in stealing the scene and witty banter. And it turns out, he knows Reynold’s previous works quite well:

“Prior to being cast in The Adam Project, 13-year-old Walker Scobell had little more than a role in a middle school play under his belt. He submitted his audition to a worldwide casting call and caught the attention of casting director Carmen Cuba (Stranger Things), who specializes in finding young, undiscovered talent. But in the end, it was a wild and hilariously age-inappropriate quirk that sealed the deal: Walker had memorized Deadpool 2 by heart by the time he was 11.“

The overall plot was not overly complex, and they didn’t get into a lot of detail on it and that was the right choice. This film isn’t trying to be a franchise and didn’t need a super heady or complex time travel story to work. It needed a ground central character that we could all get behind and root for. The formula here may also seem familiar for those who have enjoyed Shawn Levy’s other works, like Real Steel. The Father/son dynamic is central to so many of his stories and The Adam Project was no exception.

The Adam Project is a worthwhile addition to your weekend Netflix watch list of family-friendly, science fiction films, which comes filled with enough funny lines and witty banter to keep you engaged until the very end. And the casting of young Scobell was a refreshing central character. 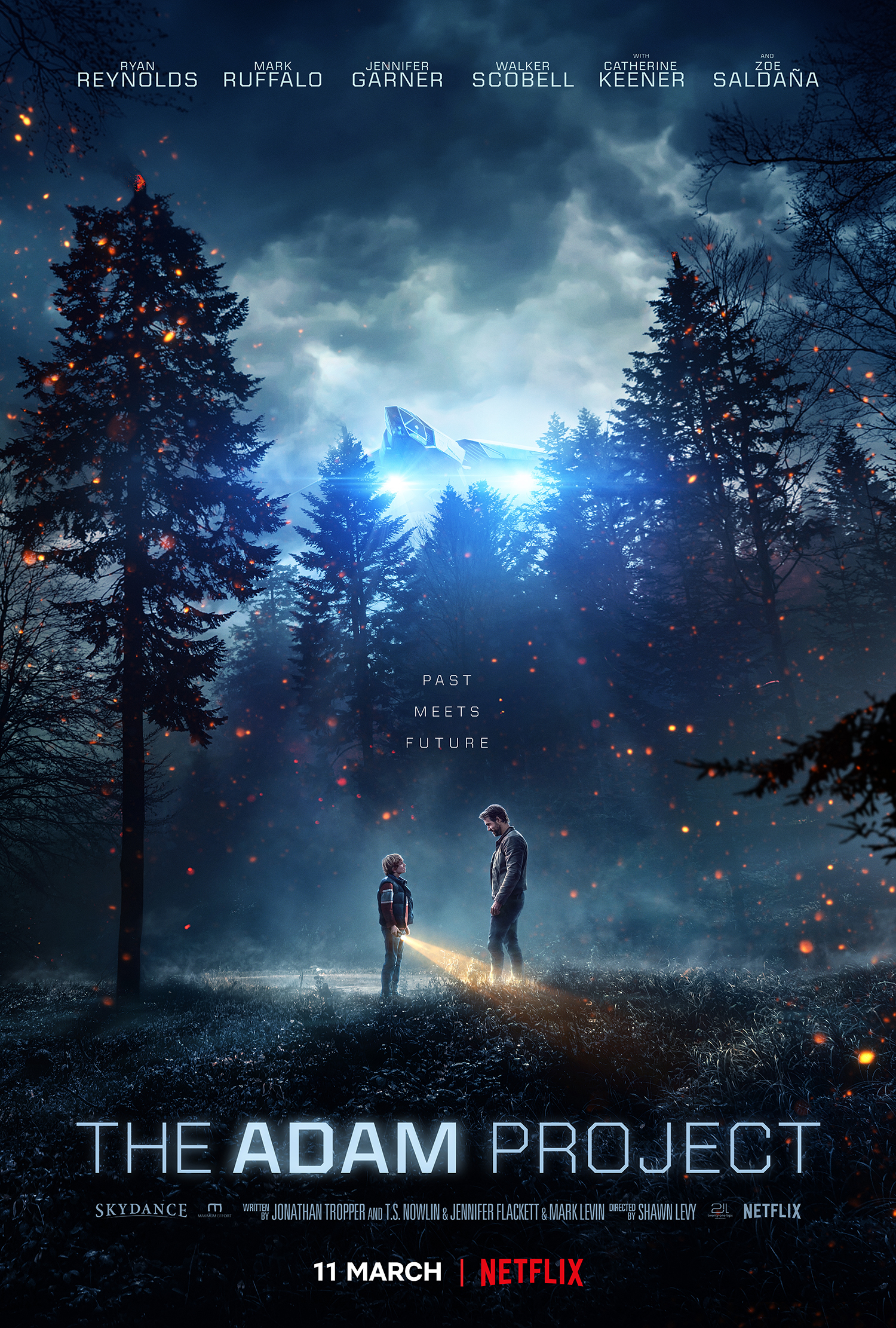