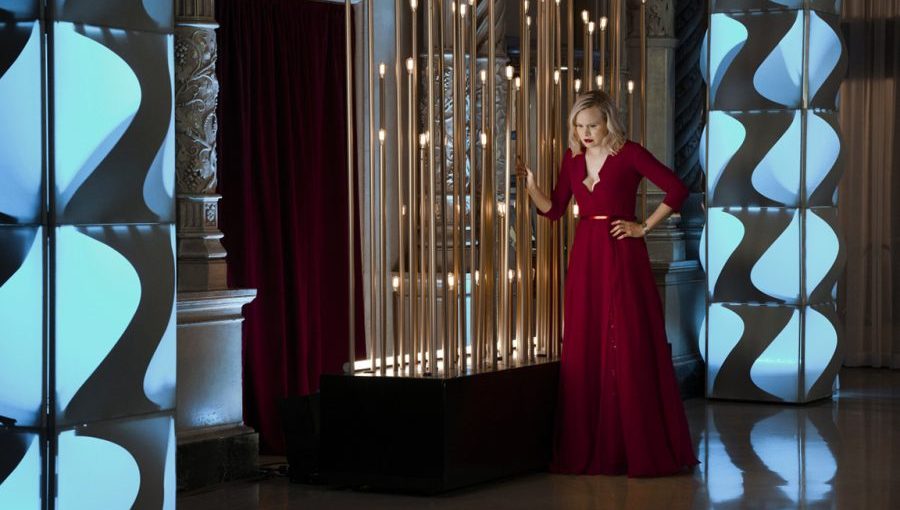 Wow, things seemed to be going off the rails quite nicely in episode 206 of Star Trek: Picard. Titled “Two for One,” we see Dr. Jurati lose her inner battle with the Borg Queen while Jean-Luc Picard suffers injury and mental paralysis after a nasty incident with a car. And while the gang successfully foiled Q’s attempt to keep Picard’s ancestor from the Europa project, it feels as though things are spinning out of control.

I don’t know why, but the sight of Jurati, who has now apparently been assimilated by the Borg Queen, strolling down the the street looking resplendent in that red gown, seemingly not having a care in the world, was such a great shot at the end of this episode. Did it denote freedom and possibilities for the Borg Queen…and Jurati? It was so relaxed, so joyous and free, that it felt like a signal that things were about to change.

SPOILERS are coming so be aware. 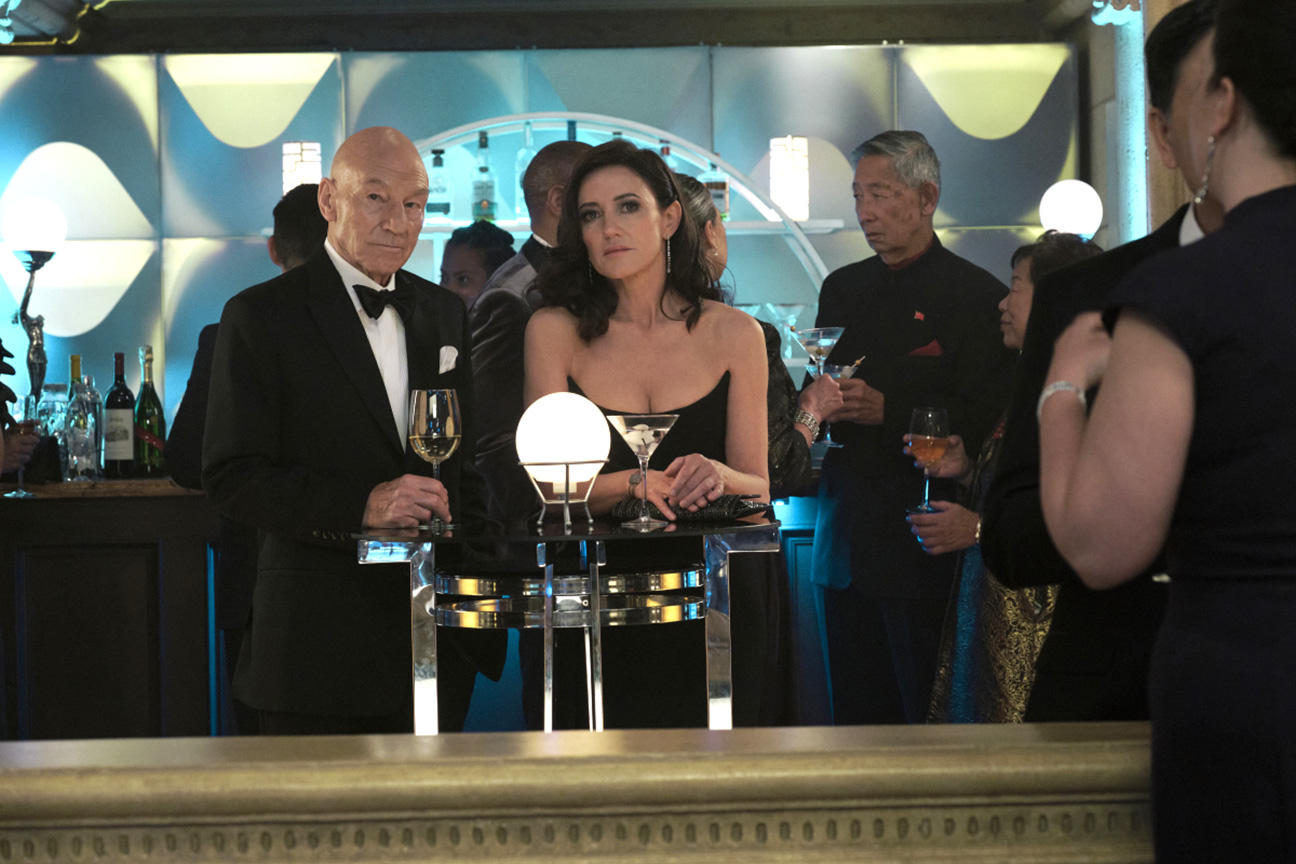 Given that the Borg Queen admitted that it was all part of her plan in the first place to get Jurati to produce some endorphins that she could use to finish the assimilation, you have to wonder what else our little queen is planning – and whether Jurati has the will to fight her for control of the mind and body. Given the way Jurati changed, I wouldn’t think so. At least not at first blush. For now, she’s in the wind, apparently at the whim of the Borg Queen, so who knows where that may lead. it’s interesting, because during this gala, the queen instigated some moments that, while not Jurati’s initial choice, seemed to be something she enjoyed.

The taut, controlled, insecure doctor snagged a kiss, belted out a tune, and generally killed it in that beautiful dress. Was that the Jurati that Jurati really wants to be? Kind of feels like it, right. There’s a symbiosis between Jurati and the queen, one that the queen seems happy to explore while Jurati, at least outwardly, is loathe to delve into. But inwardly? Mmmm, that’s another question, isn’t it? For now, however, it looks as though the good doctor has little choice but to go along. And our Borg Queen seems to be ready to live it up a bit in 2024 Los Angeles. I can only imagine what’s to come. 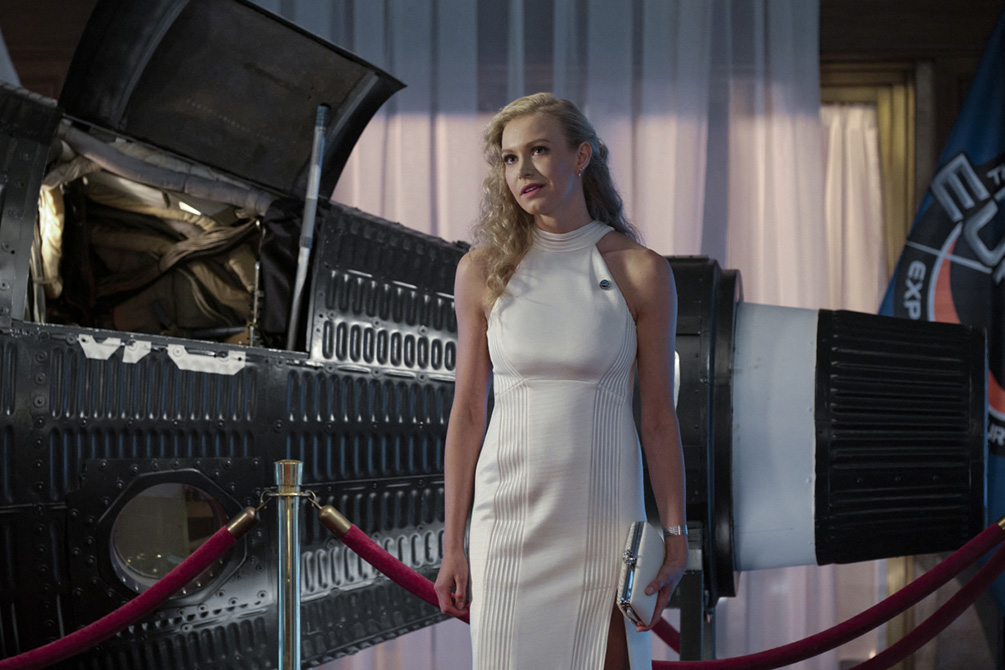 I thought it interesting that we’ve delved a bit into the mental side of Picard’s family, including his relative Renee, who suffers from depression and issues that seek to undermine her confidence, something Q is quite happy to exploit. I think it has been a real positive of Star Trek: Picard that the show has chosen to delve into a slew of social issues that we are dealing with now. And, give us an interesting perspective on how people from the future, ostensibly more advanced in terms of thought processes and emotional grasp, would look at how we conduct ourselves and relate to our neighbors now.

I tend to agree that that future humanity would shake its collective head at how we go about living our lives with each other. Sure, it’s fantasy and speculation, but I don’t find it too far afield. We should be better to and with each other now. I’d like to think our future selves will look on this time period as “primitive” and “simple.”

With Renee in the cross-hairs of Q’s plans to derail Picard and Tallinn’s plans to protect Renee Picard, our dynamic duo is joined by Seven, Raffi and Jurati in an elaborate plan to keep an eye on Renee at a gala event. Q, however, has his own plan in place as Soong has been tasked with making sure Renee doesn’t make it to quarantine, which would essentially push her into the mission she has doubts about being part of. 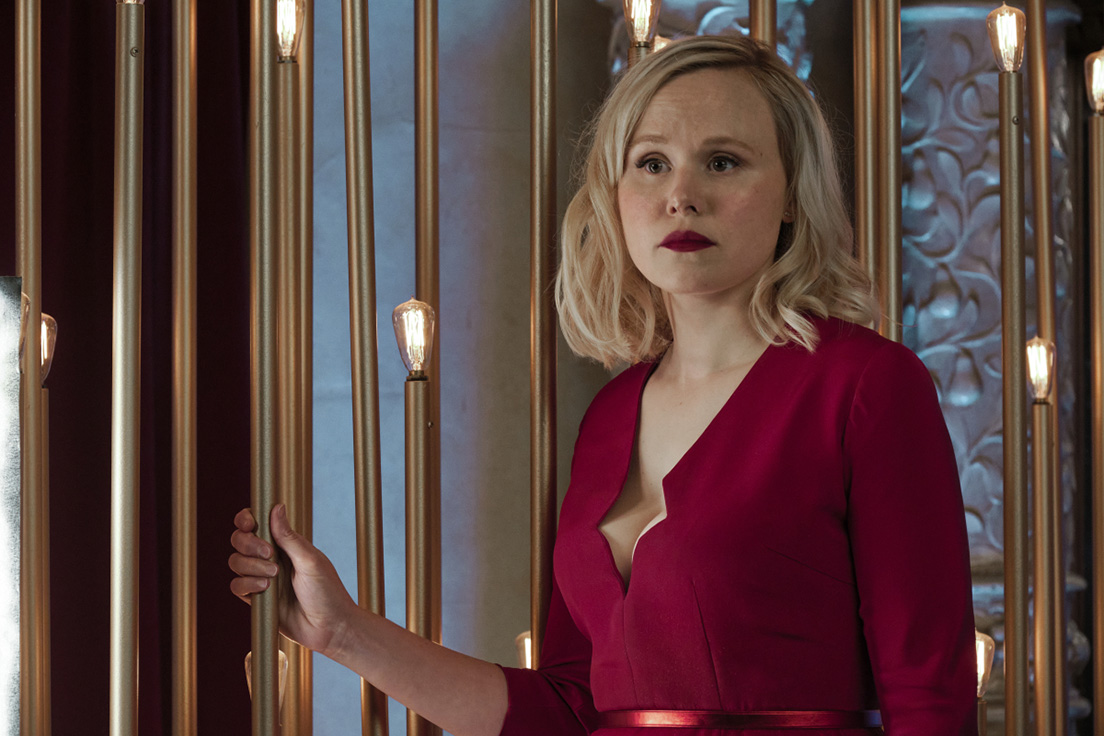 It’s a convoluted plan that manages to come off — with a few wrinkles and twists that were fun. Unfortunately, our two PIcards find themselves in the onrushing headlights of Soong’s sports car and though Renee is saved, Jean-Luc suffers some injuries and, in the process descends into a coma-like mind-space where he is reliving some youthful moments.

Soong is clearly racked by guilt about what Q has maneuvered him into and his daughter, for whom he’s willing to risk everything, wonders just who her father is an what he’s really been doing. Turns out, she’s the last of many genetic experiments her father has attempted. That revelation should jump-start an interesting new story arc within this story. And it was nice to see Isa Briones a little more. I’m hoping we get a bigger dose of her moving forward.

It feels like we are going to get a little more clarity on the incident that Q referred to in Picard’s life that he’d buried deep in his mind. The images we see in Picard’s memories aren’t all pleasant, so it will be very interesting to see where this story arc goes – and what we learn. Is this the path that will allow Picard to finally remove the defensive walls he has, for so long, crouched behind? I’m really curious about these visions and what they may mean moving forward. 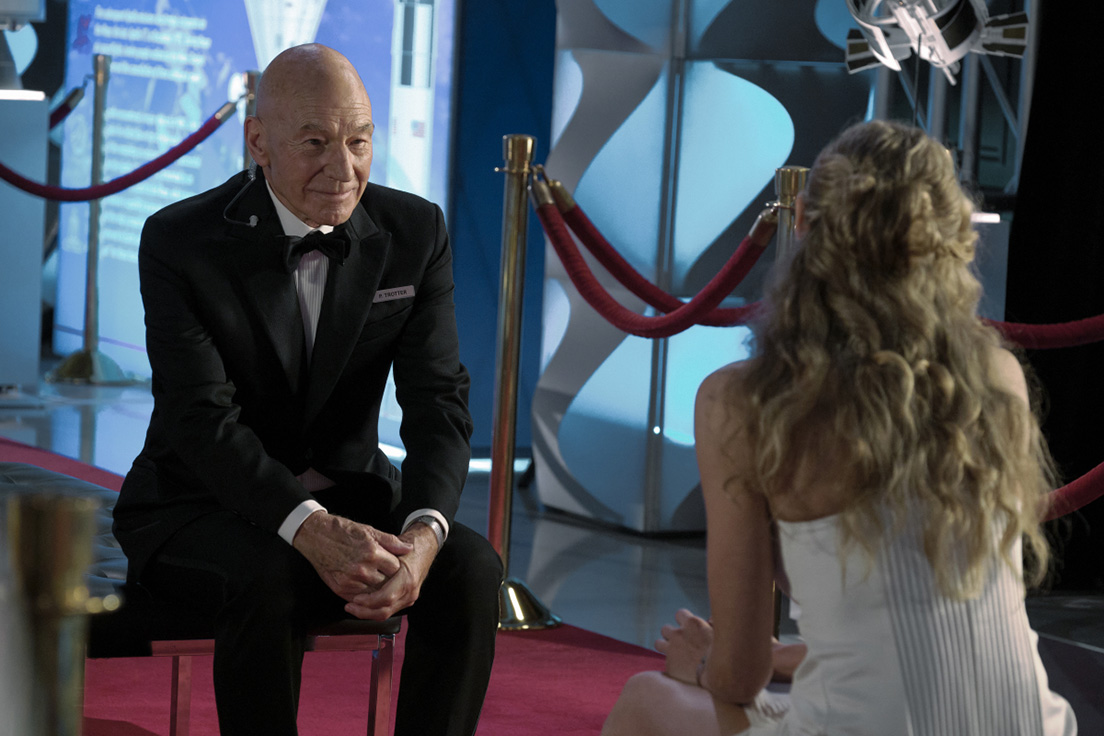 One thing I find really curious is that while the rest of the gang seems to view 2024 Los Angeles, and humanity as a whole, with a disappointed annoyance, Rios keeps finding reasons to be intrigued by this period. From the lovely doctor who built a clinic to serve the underserved to a real cigar, Rios continues to find moments that he can enjoy and make him curious about this time and place. Perhaps he doesn’t view these people with the same exasperated impatience that the rest do. He continues to find reasons to like 2024 Los Angeles. I wonder, really wonder, when this season wraps up, where Rios will be – the repaired future or the present?

Star Trek: Picard continues its good run in season 2. From Jean-Luc’s pep talk to his distant relative (which contained advice we all could use) to Jurati’s unique song stylings (Allison Pill, was that your voice? Beautiful) to Raffi’s visions and continued pain regarding Elnor, within the main story arc are these wonderful little moments or tidbits that add a fun extra layer to things. Six episodes in and it has been a really entertaining ride thus far.