The Locke family uncovers more magic within Keyhouse, while a new threat — the most dangerous one yet — looms in Matheson with plans of his own for the keys. From Carlton Cuse (Lost, Bates Motel) and Meredith Averill (The Haunting of Hill House), Locke & Key is a coming-of-age mystery about love, loss, and the unshakable bonds that define family. Locke & Key on Netflix is the television adaptation of the best-selling comic book series by Joe Hill and Gabriel Rodriguez for IDW Entertainment.

Let’s start with a small recap of where we left things in season 2. Dodge is on a mission to find more whispering iron. The reason is to make more keys. The original keepers of the keys were able to make more, and Dodge desperately wanted to make new ones. It was clear that he wasn’t going to get what he wanted from the Lockes and demons cant take keys from Lockes. What everyone was just figuring out with viewers was, just what does it take to make new keys?

Season 2 does a lot of back story building around the mythology of the void and how the Locke’s came to be involved with all of it. The back-story was also expertly weaved into the current-day story tieing together events and people who were now involved in the fight against Dodge, whether they knew it or not. In fact, we go all the way back to 1775 as we learn about the first instance of the void revealing itself. From here the story starts to get darker and more brutal as we learn just what lengths Dodge and the demons will go to get what they want.

In the end, not everyone survived the fight to make the Alpha key and end the possession of their friends. Tyler lost his girlfriend and decided to leave home and forget the magic. Bode is still trying to grapple with the death of his father and is now in the third season, with the reality that his mom is moving on. Kinsey’s love interest left to go to school overseas and now the Locke’s are in more danger than ever before.

With the return of the most powerful demon of the group so far, season 3 dives into more keys in the effort to save the world from the demons and the opening of the portal. Bode being the curious child he is finds a time shift key, that allows him to travel back in time. Does he wait to learn about the key? Nope, he uses it. And the consequences of that cost them all dearly just as the stakes have never been higher.

Each character was able to get some closure or some growth in season 3. Bode (Jackson Robert Scott) had the most fun this season getting to expand his acting chops with some unique character twists in season 3. Some scenes didn’t play out well but for the most part, it showed another dimension to young Robert-Scotts acting skills. Tyler (Connor Jessup) finally got to be happy, and Kinsey (Emilia Jones) got closure.

Season 3 starts out very strong and builds on the tension and fantasy aspects of the first two seasons. However, as we get towards the end of the season, especially the final episode you can feel it was rushed to an ending. Netflix revealed that season 3 would be the last, but if we look at the graphic novels the series is based on, there is SO MUCH more to the world we have yet to explore. It shouldn’t come as a surprise as 3 seasons seems to be the norm for Netflix-driven series. Still, What they did manage to do in these 3 seasons was fun, tense, action-filled dark fantasy that had me binge-watching every moment of it.

The ending gave me a small glimmer of hope that perhaps, one day, more could come to the story, but at least for now, Netflix has said goodbye to Locke & Key with its 3rd season. If you have yet to watch any of Locke & Key, you should head over to Netflix and watch it now. 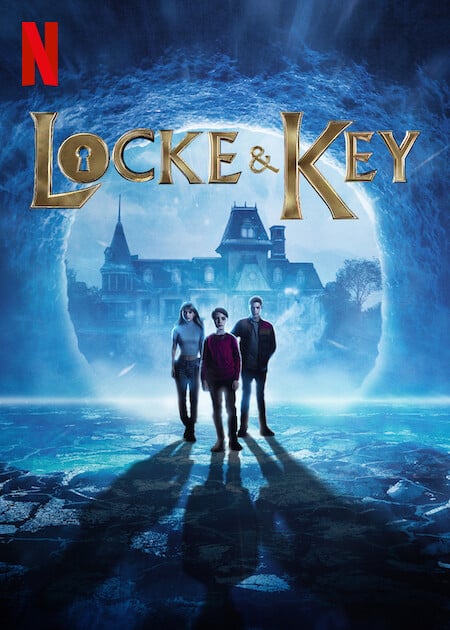