Benoit Blanc returns to peel back the layers in a new Rian Johnson whodunit. This fresh adventure finds the intrepid detective at a lavish private estate on a Greek island, but how and why he comes to be there is only the first of many puzzles. Blanc soon meets a distinctly disparate group of friends gathering at the invitation of billionaire Miles Bron for their yearly reunion. Among those on the guest list are Miles’ former business partner Andi Brand, current Connecticut governor Claire Debella, cutting-
edge scientist Lionel Toussaint, fashion designer and former model Birdie Jay and her conscientious assistant Peg, and influencer Duke Cody and his sidekick girlfriend Whiskey.

As in all the best murder mysteries, each character harbors their own secrets, lies and motivations. When someone turns up dead, everyone is a suspect. Returning to the franchise he began, Academy Award-nominated film-maker Rian Johnson writes and directs Glass Onion: A Knives Out Mystery and assembles another all-star cast that includes a returning Daniel Craig alongside Edward Norton, Janelle Monáe, Kathryn Hahn, Leslie Odom Jr., Jessica Henwick, Madelyn Cline with Kate Hudson and Dave Bautista.

Tech billionaire Miles Bron invites his friends for a getaway on his private Greek island. When someone turns up dead, Detective Benoit Blanc is put on the case.

You can catch our full review here. We had a chance to interview director Rian Johnson and lead actress Janelle Monae about the film and the world of Knives Out. 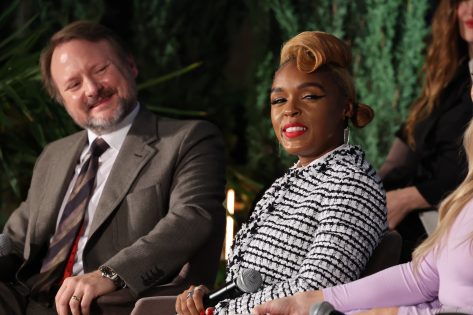 Q: From writing the characters, and playing them on screen, what surprised you the most about the transition from page to on camera?

Rian Johnson: I am going to talk about Janelle’s performance specifically I feel like you write these things and you have a version in your head but it is one thing on paper, but with the complexity of what Janelle was tasked with in this movie, and the amount of depth she put into it, I guess I will avoid spoilers, “differentiating the different layers of this character”, I didn’t really appreciate it until I got into the cutting room and the whole thing was strung together. It’s one thing to have it on the page but when you see an actor like Janelle bring it to life with those little subtle differentiations and see that they are all built into it and baked it. It was a kinda magic.

Janelle Monae: For me, it starts with the script. What Rian wrote was remarkable. It was so appetizing to sink my teeth into. A big delicious bite from start to finish. When I read the character that Rian was considering me for I just knew we were going to play and have fun. We are going to go on a ride as a character because there is so much there. I love everything on the page. Rian is the ultimate collaborator and a good partner. Like him coming in and saying “what about this accent, or these easter eggs” so that when someone watches the movie through a second or third time there are these little clues. and I will say this role challenged me as an actor. When you do something like this with the people that you genuinely love cause of this cast, I don’t know if you could feel it, we just had a wonderful time together. And he set the tone for that, like a family.

Q: The Knives out franchise has brought about a newfound joy and audience in the who-dunit genre. How do you see it continuing to grow and bringing in new audiences?

Rian Johnson: It started with growing up loving who-dunits from an early age, starting with Agatha Christie. I loved her books growing up and the movies made from her books, like Death on the Nile. The Hercule Poirot films were my jam as a kid. First and foremost it’s just a fun genre. The fact that it lets you have an ensemble, you can have some mystery to it, some comedy, it’s just kinda the most fun a movie could be. This film is able to set aside the timelessness of the genre and unapologetically set it here and now and use this form that in the past has mostly used period pieces to engage with the moment in the candy-coated shell of this fun prospect. And one of the things I wanted with these movies is to reflect Agatha Christie’s idea of each story being completely new and disconnected. Daniel and I both feel that the instant we feel like we are just turning the crank on another one we will just stop. I am starting to think of ideas for the third one right now and how it will be completely different from this one. 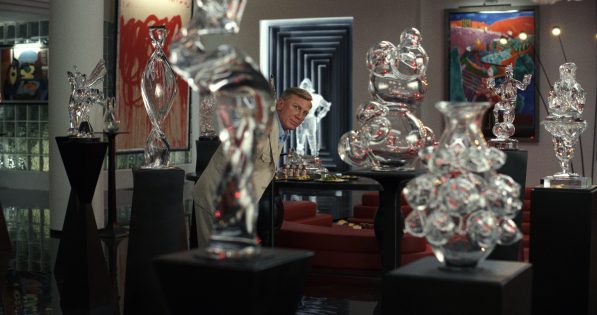 Q: The sets in this film are absolutely gorgeous and most of them involve a lot of glass, and reflections, what was it like working around that as an actor and director and an ensemble cast filming it?

Rian Johnson: Rick Heinrich is our production designer, whom I worked on The Last Jedi with. Rick came up with Tim Burton and he had done a lot of films with Tim Burton. Rick is incredible at doing very beautiful, very character-based designs but on a grand scale. Which is kinda what we needed to get inside Miles Bron’s head. All those beautiful sets were built on sound stages in Belgrave for the second half of the shoot. I have to say though that the massive set we were on for Miles house (The Glass Onion) because it does reflect Miles Bron, was a bit of an eyesore. The Glass Onion itself was beautiful. We were on that set for a while. I think you (Janelle Monae) were ready to start smashing it up by the end.

Janelle Monae: And we did. It was cathartic. it was so fun and just speaking to what Rian is saying this genre within itself, you bring an element of all these stars together to this island in Greece and play this murder mystery, that world in itself is so much fun. You get a chance to smash things. And do the action, comedy, and drama. It was a very transformative experience as I mentioned before. Being with the cast too, I was so excited about working with Daniel, working with everyone on this cast. You grew up watching their work, right, so there was a part of me that was nervous but also a part of me that was eager to learn from them and their processes. And when I met them they were so down to earth, humble, and scared too. A whole lot of us didn’t have a lot of work during that time during the pandemic. So it was the first thing we were returning back to. So we all just wanted to do right by this script and material since we loved it so much. 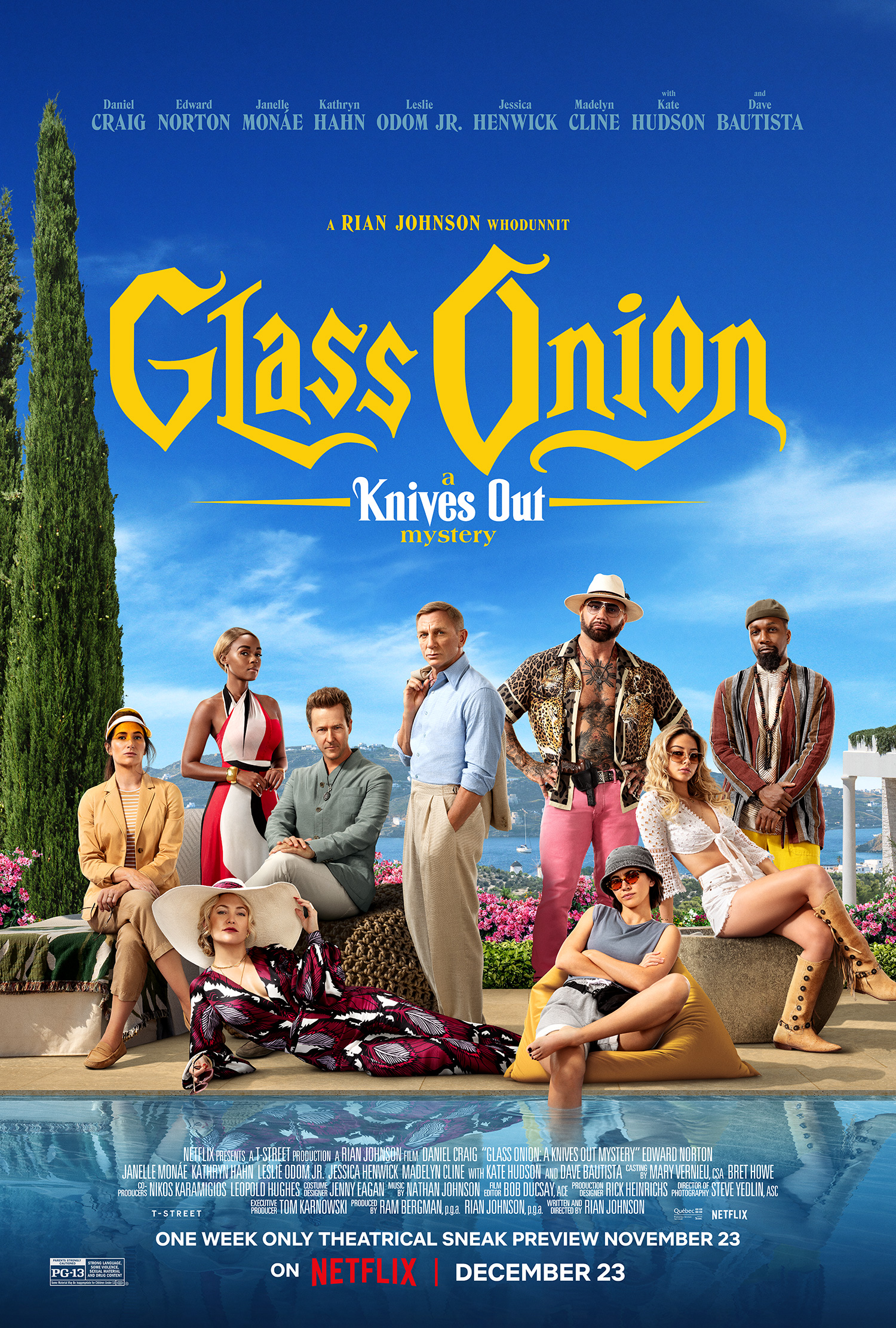 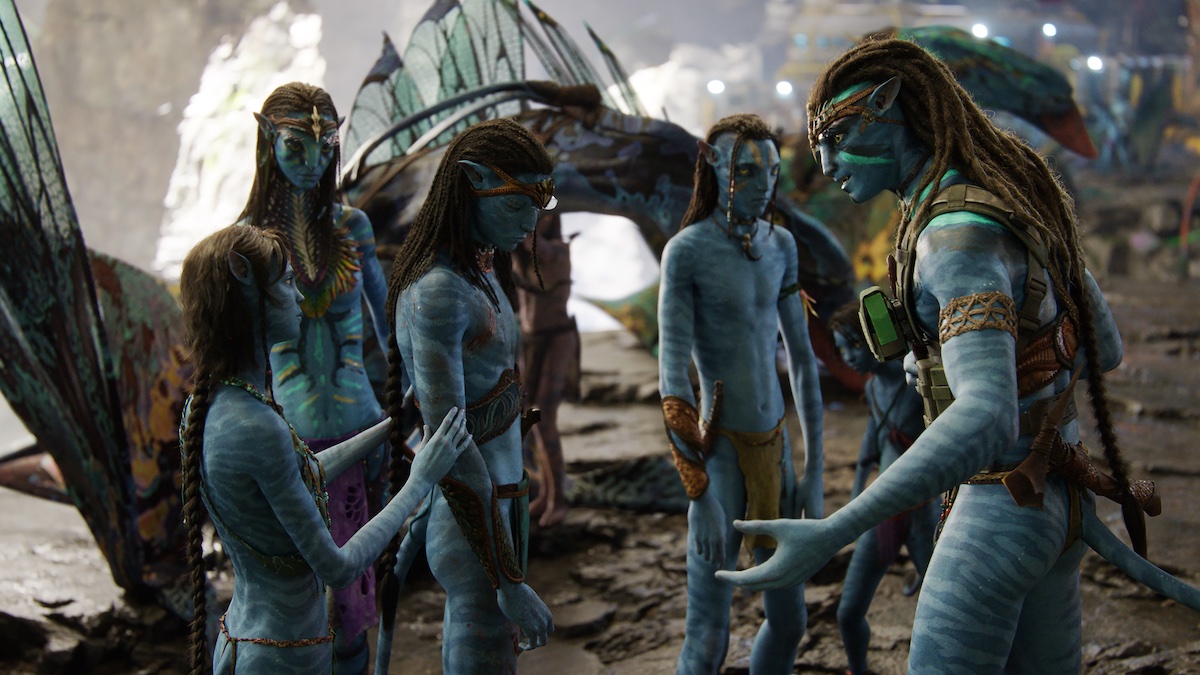