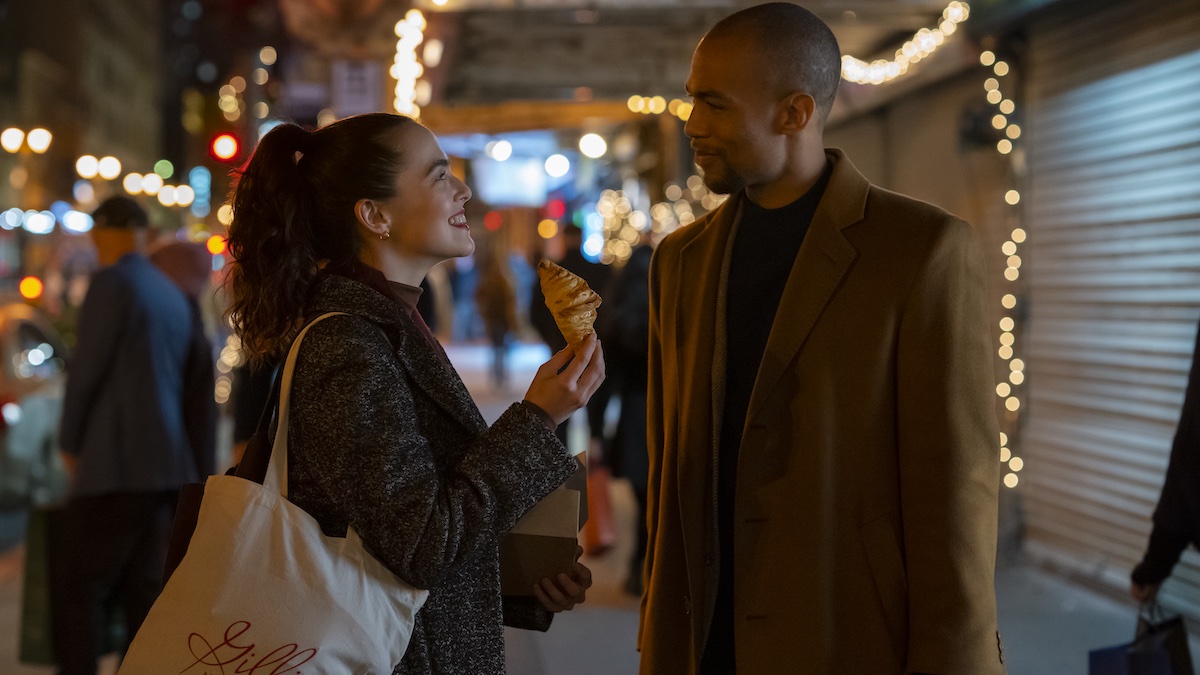 Review: Something From Tiffany’s on Prime Video

It’s that time of year where TV networks and movie studios alike bury us under an avalanche of holiday movie rom-coms. Though Hallmark starts their Christmas in July, literally, this time of the year is holiday rom-com overload. So Prime Video has its own film coming to streaming that landed on the network on Dec 9th. The question is, how does it compare to others? I can’t say, rom-coms are not really my style but my friends thought it would be fun to hear my point of view in a review. So beware, the single guy who never watches rom-coms is going to review a holiday rom-com below.

Nothing compares to the magic and excitement of the holidays in New York City, where the streets blaze with lights, windows dazzle, and a special box from Tiffany could change the course of a person’s life. Or several lives. Rachel and Gary (Zoey Deutch, Ray Nicholson) are happy enough, but not quite ready for that big commitment. Ethan and Vanessa (Kendrick Sampson, Shay Mitchell), the perfect picture, are just about to make it official. When a simple mix-up of gifts causes all of their paths to cross, it sets off a series of twists and unexpected discoveries that lead them to where they’re truly meant to be. Because love–like life–is full of surprises, in the holiday romance Something from Tiffany’s.

This week I went and watched two couples who seemingly lost the basic concept of communication stumble their way through the holidays. And ironically it wasn’t cause they were buried in their phones (one of them couldn’t even keep track of it). So both couples men went to Tiffany’s to get a gift. And Tiffany’s is a big deal in a relationship, or so I’m told. Both walked out with VERY different relationship statements, but wouldn’t you know it the gifts get mixed up and the house of cards begins to fall.

So let’s talk about Rachel and Gary: the unlikely couple in the rom-com troupe book. Rachel is nice and down to earth and likes simple things. Gary is the clueless ass. On the other side, you have Ethan, Vanessa, and his daughter Daisy. This is the perfect couple who has the job, family, and the perfect proposal. The mix-up of the gifts drops the veil on the already visible cracks in both relationships. The rest of the time, they act like they have forgotten how to socialize as each tries to fix the mix-up.

Like any good holiday movie, the leads struggle and stumble their way into purposely and conveniently finding each other at every turn in a big city like New York. I sometimes can’t find things in the grocery store, so you can imagine my shock. And in the end, things have a happy ending. Is this what relationships are like? It is no wonder we are all under so much stress.

All jokes aside in a season filled with depressingly dark films with heavy topics, a nice rom-com was a much-needed fix to finish out the year. And Something From Tiffany’s was slightly less cheesy than your typical Hallmark fair. The daughter Daisy stole all the best lines and did a better job of making the ending happen then anyone of the adults.

Something A Tiffany’s dropped on Prime Video Dec 9th and you can catch it now. 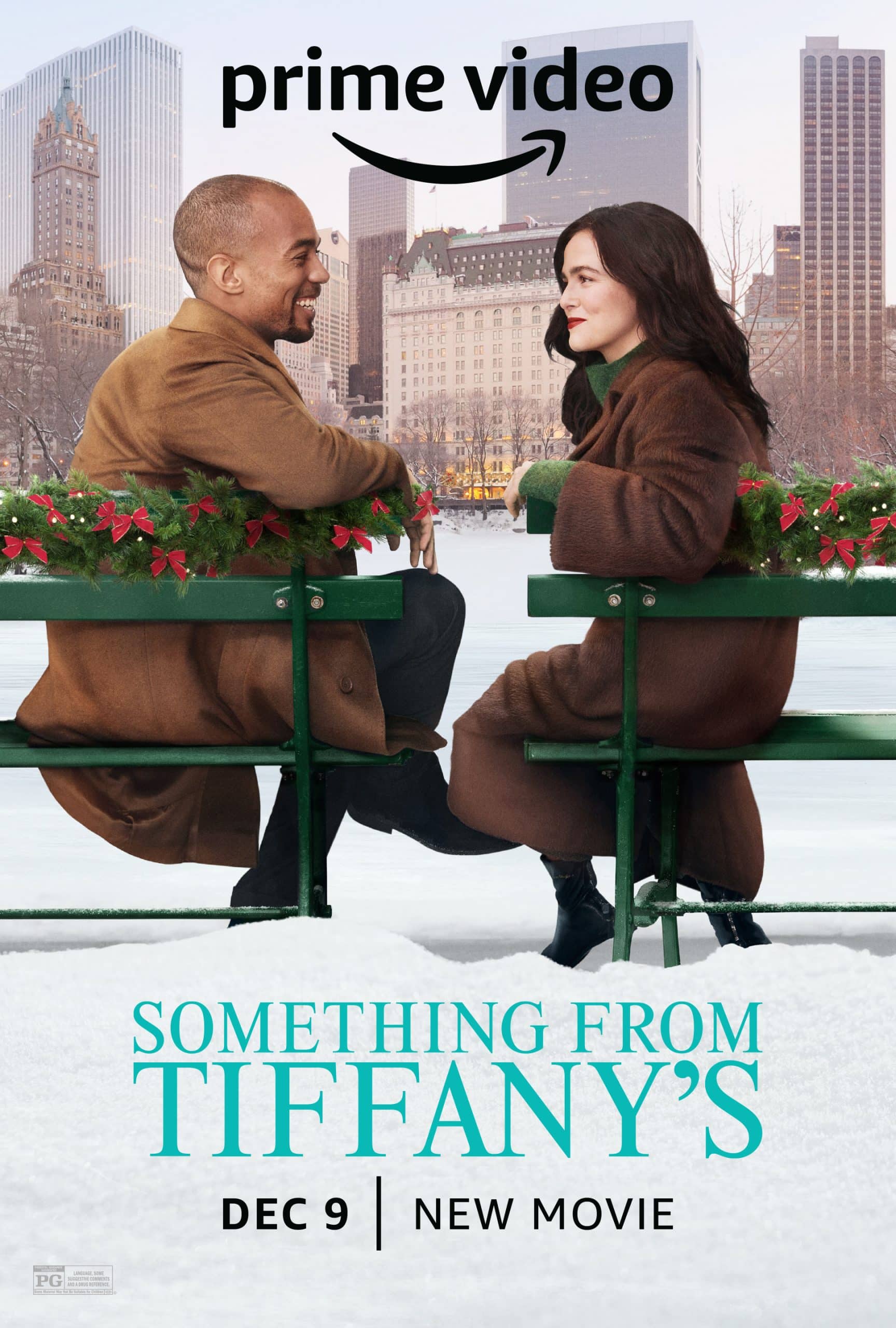