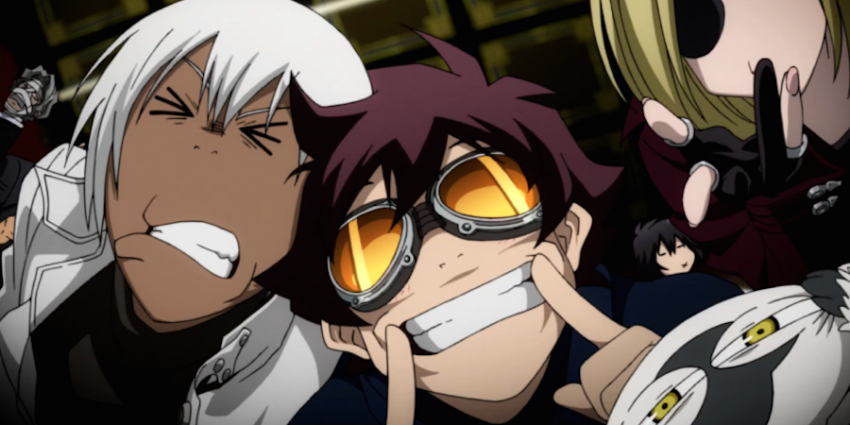 It’s that time of year again and we have now finished another year of anime. Our Best Anime Series Of 2015 may not be the most popular series of 2015 but they are, in our opinion, the best series in terms of: Animation, story and musical scores. There was so much in 2015 we couldn’t possibly cover every single great new anime but we picked out our top 6 for the year and would love to hear if any are your top picks. If none are, what are your top 6 favorite anime in 2015?

Without further delay, here are the top 6 ranked last to first. Have your own best new anime? Let us know! 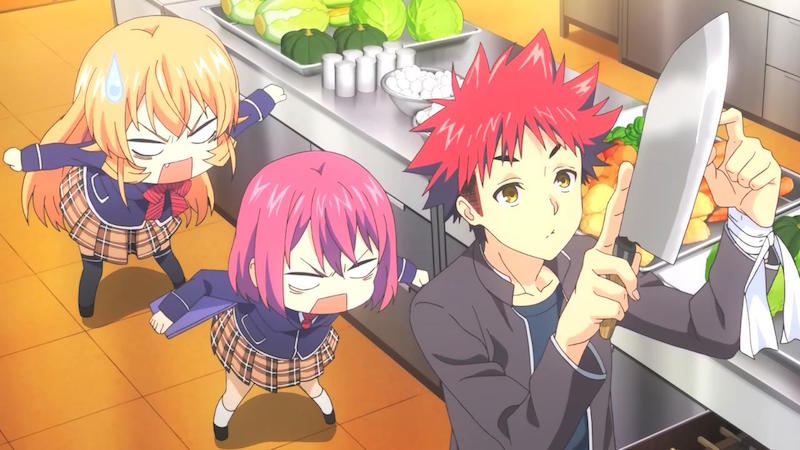 Food Wars is not a series I expected to enjoy, let along make it into our top 5 but it did. The animation is good, and the music is solid but what really sells the food porn comedy is the story that’s put in the middle. Its subtle if not a bit familiar but every time you watch you are itching to find out where the story is going or what food creation they are going to make next. What also makes this a solid anime is that while Soma is the main character, all of the characters get solid attention and development.

Aldnoah Zero has the perfect balance of old school mecha anime and a modern twist. Earth versus Mars in a battle for the planet where the kids are the pilots who fight again the invaders. You could also look at it as a modern telling of Romeo and Juliet. Inaho a child of Earth and Slaine, a former child of Earth turned Martian, who are both in love with the Martian princess. Unlike many mecha anime today the story behind the machines and the invaders is very realistic and plausible. Some mecha make complicated religious or mythical undertones to the origins of their machines. This story is simply set in the future where humanity has ventured to the moon and beyond. To top off the very nostalgic mecha anime is a perfectly scored soundtrack featuring music by Sawano and Mizuki. We included a clip of the EP/OP songs for your listening pleasure. 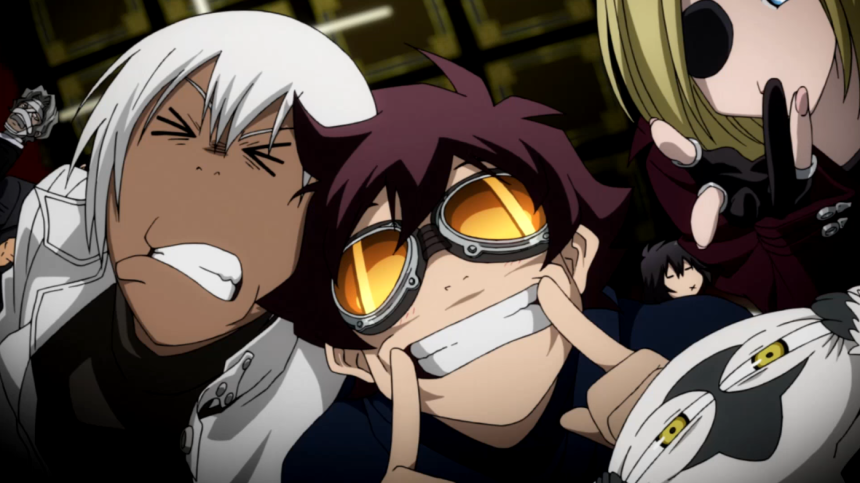 I love complex stories in complex worlds but you have to strike a balance. If you get too deep you will turn away viewers. Blood Blockade Battlefront avoids that and brings us memorable characters and an intriguing story. Leonardo Watch has the All Seeing Eyes of God, not that he wanted any of that. Leo gets dragged into a war that he never wanted to be apart of but ends up being a valuable help in saving his friends. Blood Blockade Battlefront centers around the crime fighting organization “Libra” and their battles in Hellsalem’s Lot, formerly known as New York City. Hellsalem’s Lot was created when a portal to the “Beyond” opened, becoming a paranormal melting pot of monsters, magic and the everyday mundane life, and it is up to Libra to clear the streets of trouble and prevent the horrors of this city from spreading to the outside world. 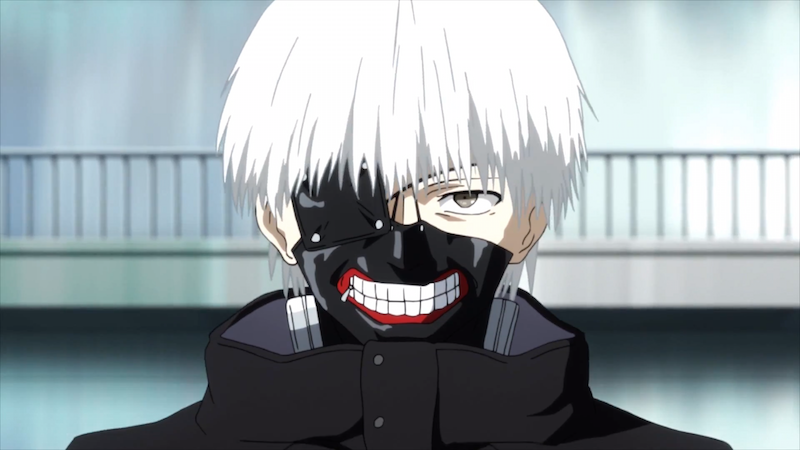 Let me start by saying this made our list from the POV of best anime, and not comparing it to the manga. We know the manga is very different at this point.

I am not one for gory anime but Tokyo Ghoul was such a great story I couldn’t stop watching. The story follows Ken Kaneki, a college student who barely survives a deadly encounter with Rize Kamishiro, his date who reveals herself as a ghoul, a human-like creature that hunts and devours human flesh, and is taken to the hospital in critical condition. After recovering, Kaneki discovers that somehow he underwent a surgery that transformed him into a half-ghoul by transferring some of Rize’s organs into his body, as she died when she attacked him, and just like them, he must consume human flesh to survive as well.

The animation is great, the story is intense and gory; not shying away from the very hard to watch torture scene of last season that Kaneki went through. The ending is very emotional and leaves the viewer torn about all the events that have taken place. Who are the good guys and who are the bad guys? Friendship, family and loyalty are all tested in season 2. Needless to say, we truly hope Tokyo Ghoul :re (which is the sequel manga after season 2) is turned into an anime as teased because we want more!

#2 Seraph Of The End

Speaking of family, friendship and the nagging question of who is good and bad, we get Seraph Of The End. Both cours aired in 2015 and have no caught up with the manga which means if we do get more anime its going to be the better part of a year before we see it. Likely spring 2017 to be exact. In 2012, the world allegedly comes to an end at the hands of a “human-made” virus, ravaging the global populace and leaving only children under the age of thirteen untouched. It is at this time that vampires emerge from the recesses of the earth, likely followed by age-old horrors of the dark thought only to be myth. The vampires sweep the earth and claim it in a single violent stroke, subjugating the remnants of humanity and leading them beneath the surface to safety. This “protection” comes at the price of donating blood to their captors.

This series again revolves around children being the only remaining humans left (with a few older young adults) and vampires having taken over from the human-made virus that killed all the adults. This series is from WIT Studios, the people behind Attack On Titan, which means it comes with some expectations. The story is great (we have read the Manga and suggest you do too) and the animation is one of the most redeeming qualities of the series. Combined with a catchy solid musical score, this series is a win-win all the way around. The two main characters of Yuu and Mika do have some Yaoi tendencies but the animation of the weapons and the locations mixed with the mystery of what caused the virus make it a lot of fun to watch. 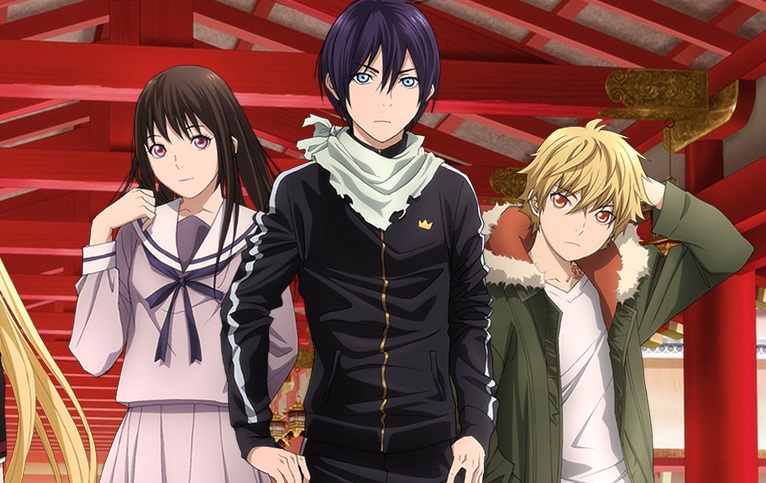 Where to begin, Noragami Aragoto is by far the best anime we have seen all year. Season 1 was great, but season 2 notched up the intensity to a level we didn’t think was possible. Season 2 covers the very popular Bishamon arc that gives us a lot more insight into why Yato and Bishamon hate each other. We also get to see a massive expansion of the world itself, seeing many of the other gods for the first time. Yato moves away from being the track-suit minor god to being a kick ass machine, along with his regalia Yukine who goes through some major changes in this season.

The series had an epic season 1 OP song but season 2 has an even better one THE ORAL CIGARETTES “Hey Kids” and a great supporting musical score throughout the season and fight scenes. The expansion of the character focus has given us great depth and story to over a dozen characters and makes us want so much more. Good news is season 2 has not caught up with the Manga completely which means we may get to see more of the anime in the Summer or Fall of 2016.